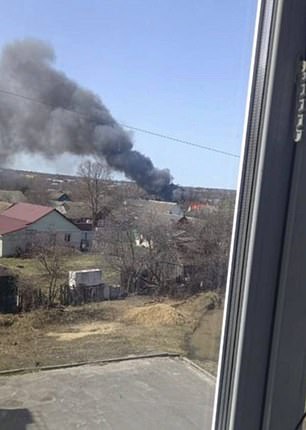 By Reuters and Chris Pleasance for MailOnline

Kyiv has rejected Moscow’s claim that it carried out attacks on Russian soil, accusing Moscow of staging ‘terror attacks’ on its own territory to stir up ‘anti-Ukrainian hysteria’ in the country.

Earlier, Russia accused Ukraine of bombed a village near its border with Belarus, after warning that attacks could prompt it to strike Kyiv in response.

Seven people, including a two-year-old child, were wounded in the attack, according to Russian claims which could not be verified.

It comes just a day after Russia warned it could strike ‘command centres’ in Kyiv in revenge for cross-border attacks, which have included blasts at oil depots and on railway lines. 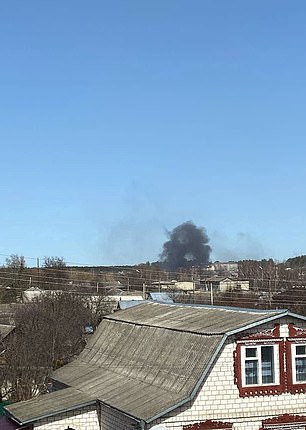 Russia claims seven civilians were wounded after Ukraine carried out strikes against the village of Klimovo, in the Bryansk region near its border with Belarus

Ukraine has not confirmed that its forces carried out any of the bombings, and has instead warned that Russia may stage false-flag attacks aimed at justifying further ‘cruelty toward Ukraine’s civilians’.

‘Moving at low altitude, they carried out at least six air strikes on residential buildings in the village of Klimovo,’ it said. Six buildings were damaged and seven people were injured, the statement said.

Russia’s defence ministry on Wednesday said the continuation of ‘sabotage and attacks’ by Ukrainian forces could trigger strikes on Kyiv. 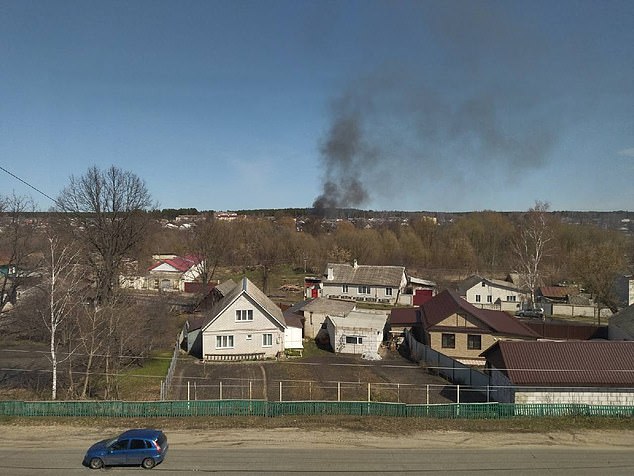 Strike comes just a day after Russia warned that it could target ‘command centres’ in Kyiv as payback for the raids. Ukraine has refused to comment

‘If such incidents continue, then consequence from the armed forces of the Russian Federation will be attacks on decision making centres, including in Kyiv, which the Russian army has refrained from to date,’ the defence ministry said.

Authorities in four Russian regions bordering Ukraine and in Russian-controlled Crimea announced they were stepping up security measures on Monday over what they said were ‘possible provocations’ from the Ukrainian side.

Moscow’s incursion into Ukraine, the biggest attack on a European state since 1945, has seen more than 4.6 million people flee abroad, killed or wounded thousands and left Russia increasingly isolated on the world stage.

The Kremlin says it launched a ‘special military operation’ to demilitarise and ‘denazify’ Ukraine.

Kyiv and its Western allies reject that as a false pretext for an unprovoked attack.

Girlfriend lost for words after her boyfriend’s mum makes her a VERY unusual cake...

Elton John, 75, is pushed in a wheelchair ahead of his Jubilee performance