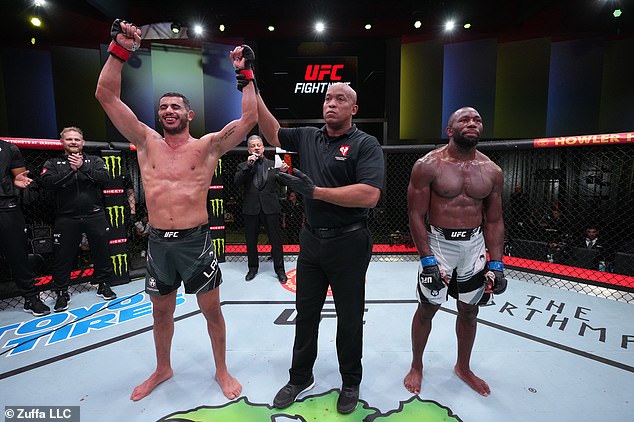 By Isabel Baldwin For Mailonline

Following a decision win against Ange Loosa in Las Vegas on Saturday night, Lazzez used the end of his post-fight interview to thank Kinahan.

He took the microphone from commentator Daniel Cormier to say: ‘I would love to thank my coaches and my brother Daniel Kinahan. Without him I would never be the man who I am today and my career at this point. Thanks a lot.’

Last week the US Treasury announced sanctions against seven members of what they described as the Kinahan organised crime group on the grounds of claims of international drug smuggling and money laundering.

Dubai-based Daniel Kinahan was directly named by the US Treasury, who said in a statement that he is ‘believed to run the day-to-day operations of the organisation. Kinahan has always denied the allegations.

On the back of the sanctions, the Irish police commissioner Drew Harris said in a press conference: ‘What was implicit before, and what some individuals could choose to ignore, is absolutely explicit — if you deal with the individuals who are sanctioned as part of the Kinahan organised crime gang, you are dealing with criminals engaged in drug trafficking.’ 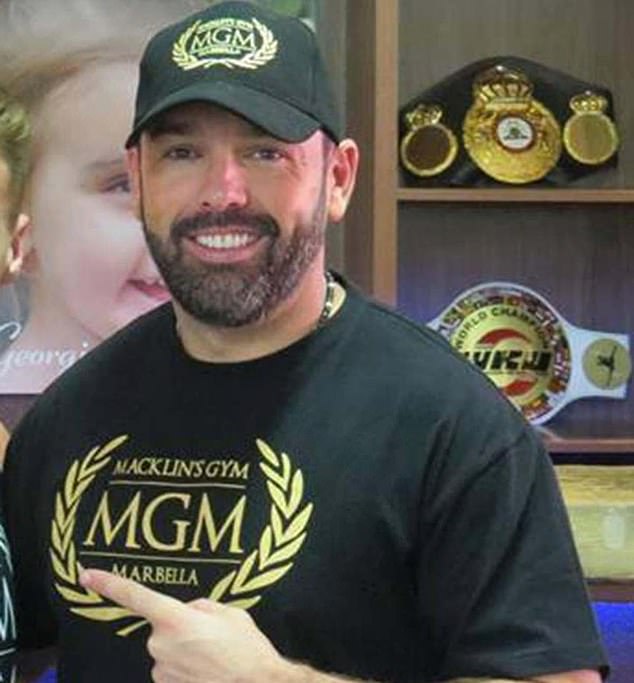 The US government have placed $5million bounty on Daniel Kinahan’s head on the grounds of claims of international drug smuggling and money laundering, which Kinahan has denied

When asked about Kinahan’s links to sport, Harris said: ‘If you deal with these individuals who have been sanctioned, or these entities who are being sanctioned, you are involved in a criminal network.’

US ambassador to Ireland Claire Cronin said the American authorities were offering the $5million (£3.8m) reward for information that will lead to the ‘financial destruction’ of the Kinahan gang or the arrest and conviction of its leaders, Christy Kinahan Snr and/or his sons Daniel and Christopher Jnr.

The US department of the treasury’s office of foreign assets control (OFAC) also named Kinahan associates Sean McGovern, Ian Dixon, Bernard Clancy and John Morrissey. A number of businesses were also identified as being associated with the Kinahan operation.

But when later pressed on Kinahan’s alleged crime links, Lazzez insisted he was unaware of the developments. 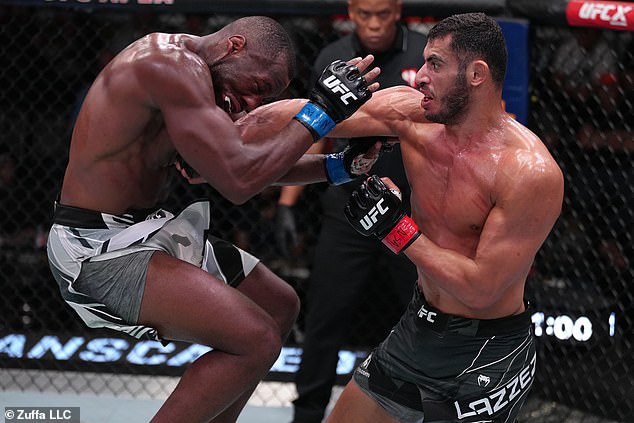 ‘That man is a friend and an adviser, he’s the one who picked me up every time life kicks me down He is a real man of his word. He’s the one who taught me what it means to be real family and a real friend.

‘I cannot thank him enough for where I am today and who I am today. He taught me to be responsible to my family and to my friends, that’s why I made the shout-out.

‘I didn’t know that. I am here to entertain people and I give the credit to whoever deserves credit. I am not involved in this kind of stuff. I don’t know about it and I will investigate it and how it goes.

‘For me it’s simple, he’s a friend outside the gym, I meet him for advice and he helps me with my career. I don’t follow this news, I focus on my sport and on my family.’

Other members of the sporting world have distanced themselves from Kinahan, who has operated as an ‘advisor’ to many of the biggest names in the sport, including Tyson Fury and Billy Joe Saunders. 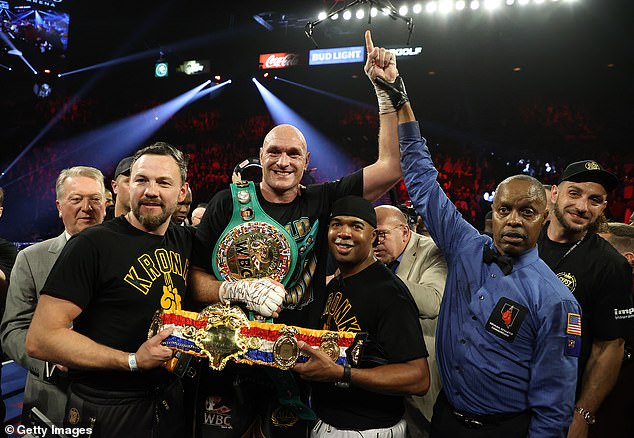 Fury’s stateside promoter, Bob Arum, who has previously spoken highly of Kinahan, told Sportsmail on Tuesday that Fury has been informed by his British promoter Frank Warren that their future dealings will not include Kinahan.

He said: ‘I’m a US citizen and the Treasury department does not take these steps lightly. We will respect them (sanctions preventing Kinahan doing business in the US).

‘We are not going to deal with Kinahan and his people. We will deal directly (with Fury) or his lawyer Robert Davis.’

He added: ‘I was not pleased with a number of things he (Kinahan) was doing in boxing. I was looking to sever ties anyway.’

Rape suspect paraded with bag over his head after being accused of attacking British...

T.J. Holmes had a three-year affair with a married GMA producer before Amy Robach