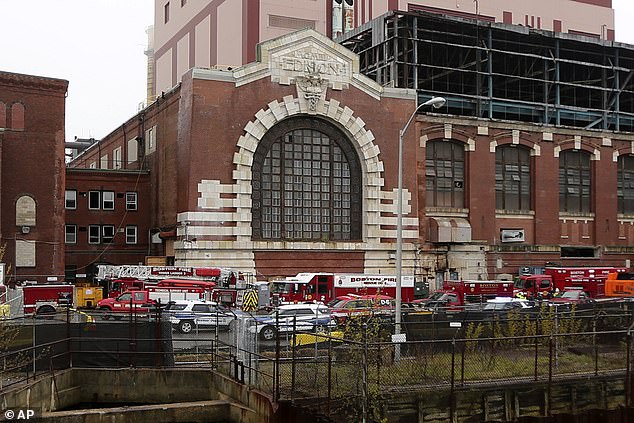 BREAKING: Two are hospitalized and multiple others are still trapped under rubble after old power plant building collapses at Boston construction site

A building partially collapsed at a Boston construction site, injuring at least three people – two of them being brought to the hospital – and leading to reports that multiple people remain trapped.

It was reported that a floor in the building collapsed around 1:45pm on the waterfront of 776 Summer Street – the address of a closed power plant in South Boston that is being redeveloped.

The floor’s demolition had been planned at a later, unspecified date.

Boston Emergency Medical Services said in a tweet that two people were taken to the hospital and a third person was also being treated on the scene.

‘We have multiple units on scene for the structural collapse at the Edison Power Plant building in South Boston,’ the agency tweeted.

Boston fire, police and emergency services vehicles surround a construction site outside a former power plant, where three workers were injured on Wednesday in the South Boston neighborhood of Boston 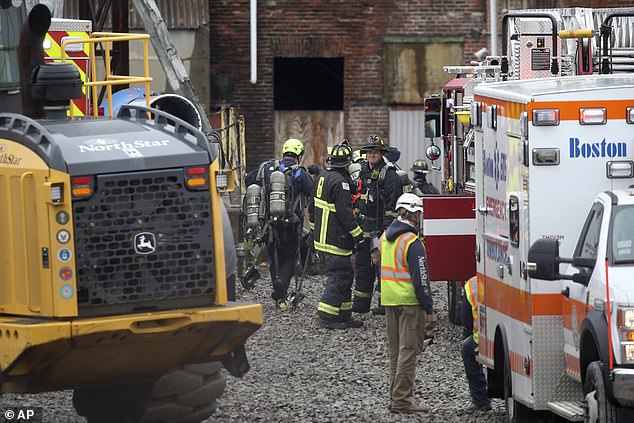 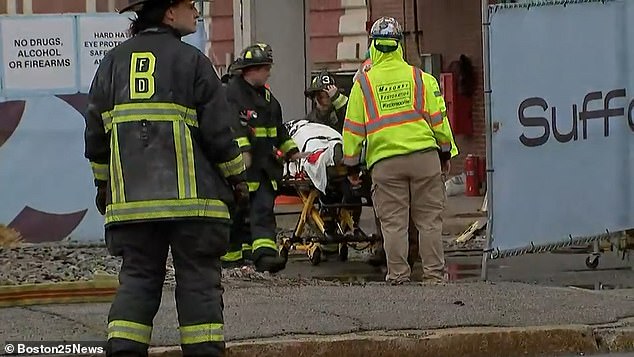 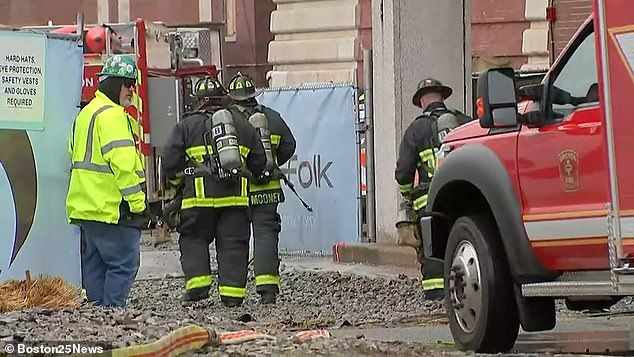 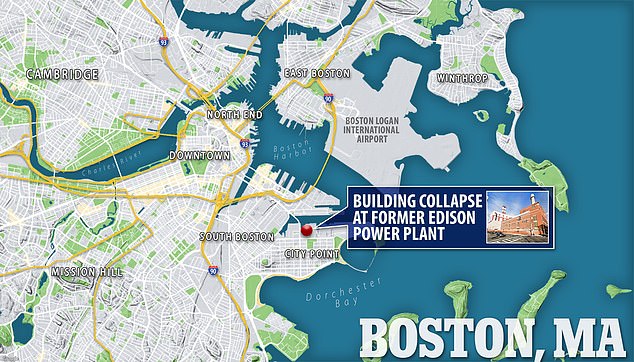 Dozens of emergency responders on scene here for a collapse at a construction site on Summer Street in Boston. You can see some workers leaving the site now. EMS says 2 people were transported to the hospital. Gathering updates for @boston25 at 5 & 6PM pic.twitter.com/Q8RXnac2xB

Police said the injuries to one person were considered life-threatening and that it remains unclear how many individuals still remained under the rumble.

The 15-acre site in South Boston is being redeveloped into a mixed-use property that includes residential, office, research and retail space, a hotel, and nearly six  acres of new public open space, according to the Boston Planning and Development Agency.

The project is called ‘L Street station’ and is overseen by Hilco Development.

‘The project includes new retail, housing and commercial space using best-in-class environmental sustainability standards and incorporates resilient site design that will create nearly 6 acres of open space throughout the site, including a new 2.5-acre public park along the waterfront.’ 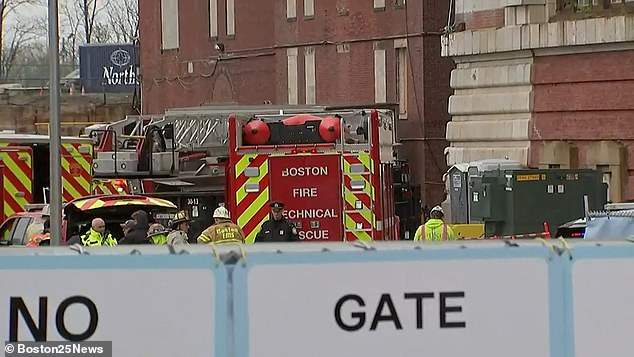 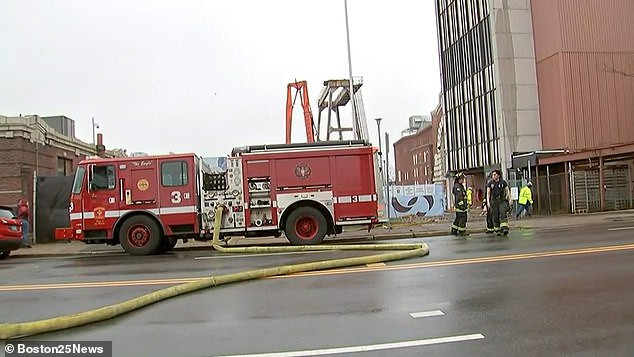 Firefighters, police and the mayor of Boston are currently on the scene assessing what caused a floor of the building to collapse 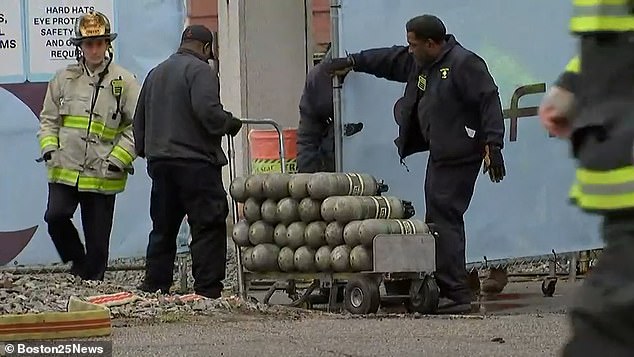 The federal Occupational Safety and Health Administration is also going to the scene, a spokesperson said. Boston Mayor Michelle Yu is also reportedly there.

It was the second collapse at a Boston construction site this year. A construction worker died in March when a parking garage being demolished collapsed.

Part of the Government Center garage came down after a concrete slab on the ninth floor collapsed, construction firm John Moriarty & Associates said in a statement.

Boston Fire Commissioner Jack Dempsey told reporters that a worker who was completing demolition work in a construction vehicle fell over the side of the garage when the structure collapsed, falling a significant height.

The worker was found under a pile of rubble and pronounced dead at the scene by authorities, Dempsey said.

William and Kate ‘to move to Windsor’, Andrew to Scotland – but Harry only...

GQ Men Of The Year Awards: Jourdan Dunn as she joins glamorous Sydney Sweeney and...