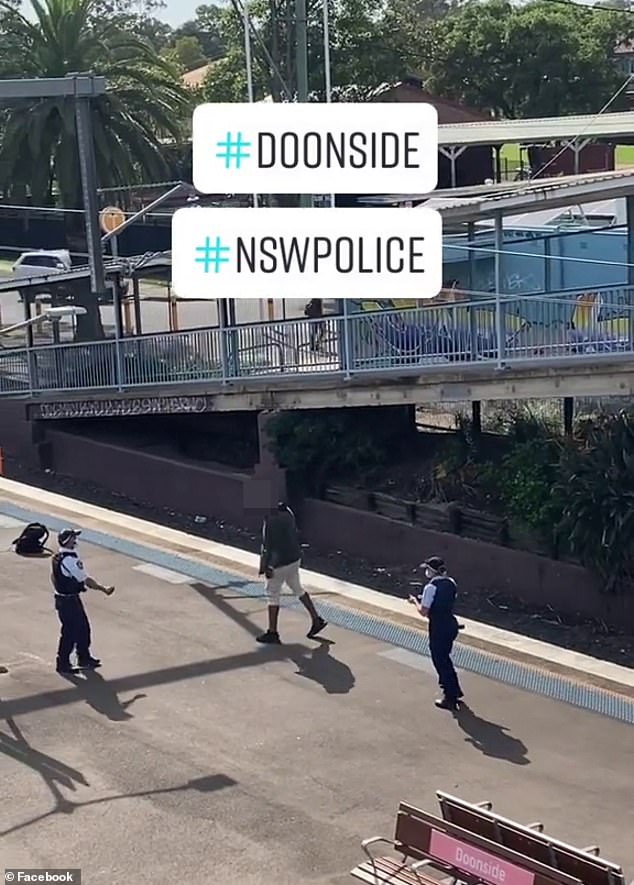 Two police officers have struggled to subdue an angry commuter at a train station, with footage of the confrontation showing even a dose of pepper spray failed to subdue the man.

The clip showed the man towering over the two mask-wearing cops at Doonside train station in Sydney‘s western suburbs on Monday as shocked commuters watched on and filmed the moment from the upper level.

The clearly agitated man wearing track-pants and a baseball cap repeatedly swears at the officers, lunging at one and raising his fists in a sparring motion.

A second man can be seen in the background sprinting away from the situation along the train tracks.

One officer fired off some pepper spray when the man moved toward the other policeman.

Despite the spray hitting its target, the man seemed unaffected and continued his rant.

Many people viewing the clip commented on the man’s size compared to the officers.

‘Looks like a giant no wonder they stayed back. Either that or midget cops, there was a reason they used to have height restrictions,’ one person said.

‘What a tool, capsicum spray didn’t work though,’ a third said. 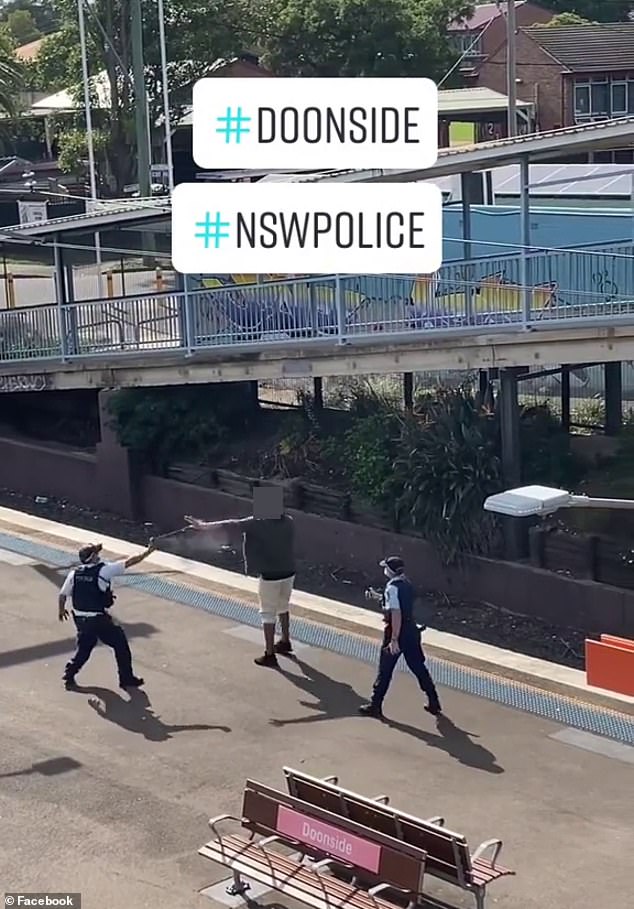 ‘Yeah, what a waste of pepper spray,’ agreed a fourth.

Whether bystanders called police to the train station or they were on patrol when they encountered the man was not immediately clear.

Heroic passenger who landed plane after the pilot fell unconscious speaks out about the...