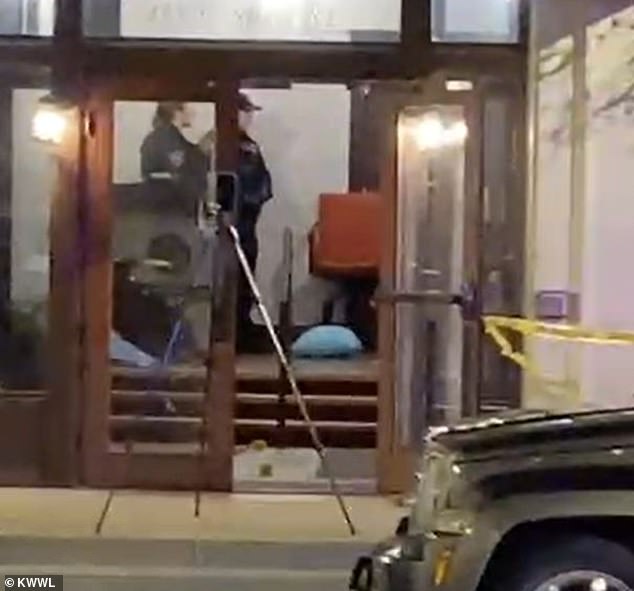 By Natasha Anderson For Dailymail.Com

An Iowa community was hit with a weekend of violence after a gunman opened fire at a downtown nightclub and an officer’s home was riddled with bullets in what investigators say was a ‘targeted attack’.

Police say two people were killed and 10 injured after shots were fired at the Taboo Nightclub and Lounge in downtown Cedar Rapids around 1.30am Sunday.

Cedar Rapids police say there is no ongoing threat to the public, however crime scene officials remain on scene as they conduct their investigation.

It is unclear if the shooter has been apprehended as police did not immediately respond to DailyMail.com’s request for comment.

Police are also investigating a ‘targeted’ shooting at an off-duty officer’s home that authorities believe was an ‘act of intimidation and violence’. 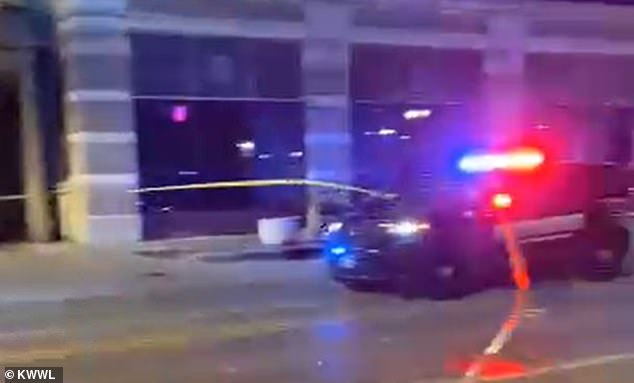 The incident took place around 1.27am at the Taboo Nightclub and Lounge in downtown Cedar Rapids

The violent weekend began Friday night when multiple shots were fired at a home in the city’s Cherry Hill neighborhood around 11.30pm.

Police say the shooting was an apparent targeted attack on an off-duty officer.

While no injuries were reported, the officer’s house, garage and take-home squad car were left riddled with bullets.

Police are actively working to locate the suspects responsible for the attack, which Cedar Rapids Chief of Police Wayne Jerman has deemed an ‘extremely serious incident.’

‘Evidence points to this being a targeted shooting toward a sworn peace officer. It was deliberate. It was an act of intimidation and violence and we will not tolerate it. We pursue all shots-fired incidents as serious, senseless actions and as such, receive our complete attention through the full legal process.’ Jerman told KWWL.

‘This is the time for anyone with knowledge of this incident to come forward and help ensure this violence stops now.’

Both shootings remain under investigation. Police have not implied that they are connected.

Cedar Rapids, which is home to approximately 132,000 residents, according to recent census data, has seen an increase in violent crime over the past five years.

Comparing the last five years, in 2021 the city saw an overall 16.27 percent increase in violent crimes which include murder, manslaughter, sex offenses or rape, robbery and aggravated assault.

Homicides saw a decline last year at only 7 cases. There were 11 homicides in 2020.

Sex offenses and rape reports had decreased from an average of 29 to 11 in 2021, which authorities attributed to COVID-19 distancing protocols.

The city also saw a significant decline in robberies at 41 percent. 63 were reported in 2021 as compared to the five-year average of 106.

Property crimes were down compared to 2020 and the five-year average.

Jerman, speaking to KCRG after the 2021 crime data was released in January, said the rise in violent crime was ‘concerning’.

Qatari YouTuber born without the lower half of his body stars in World Cup...

A Place In The Sun’s Scarlette Douglas is confirmed as the NINTH star to...

Trump’s biracial ex confirms joke made about getting her intelligence from ‘white side’ of...