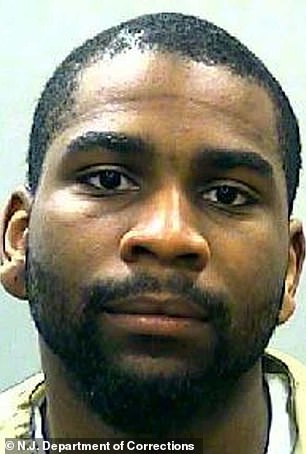 The transgender prisoner who got a fellow inmate pregnant is a 27-year-old killer serving 30 years for the manslaughter of his foster father, DailyMail.com can reveal.

And one of the women Demitrius Minor impregnated is a double murderer who killed a couple as they returned home from their engagement party.

The forbidden love inside the walls of the Edna Mahan Correctional Facility will result in lifer Latonia Bellamy, 31, giving birth in early fall.

‘We found love in a hopeless place,’ Bellamy wrote, quoting from a Rihanna song, in an online essay entitled Freedom, Love, Pregnancy and Trauma.

New Jersey’s Department of Corrections admitted on Tuesday that two women prisoners have become pregnant after having sex with transgender women at Mahan, the state’s only women’s prison. Minor has admitted online that she is responsible for both pregnancies.

Minor also complained that all three inmates are now being held in solitary confinement.

The 800-inmate Mahan facility began housing transgender women – including those that have yet to undergo gender reassignment surgery – last year after a lawsuit brought by an inmate and the ACLU. It now has 27 trans prisoners. 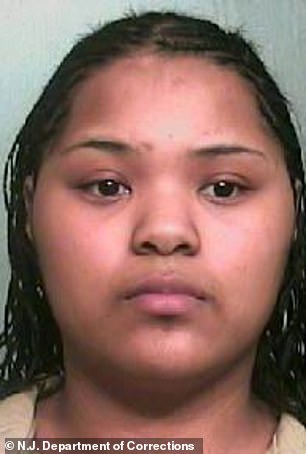 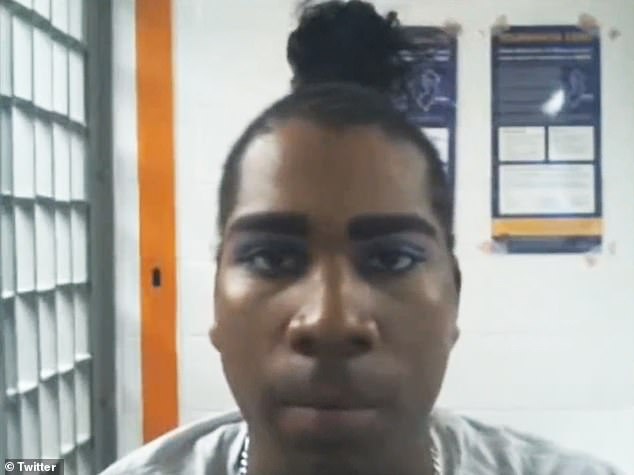 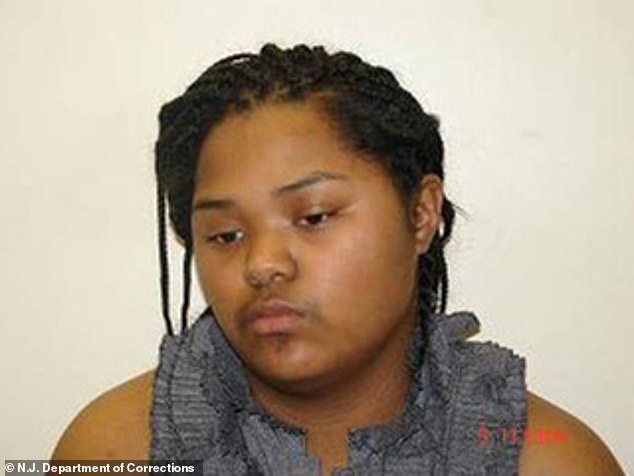 New Jersey’s Inmate Locator lists Minor as a female and notes that the 27-year-old was admitted into the state prison system on March 26, 2015

William Sullivan, president of the union that represents most of the state’s correctional officers, told DailyMail.com that the pregnancies come as no real surprise, pointing out: ‘We foresaw this in 2019 when we filed an injunction to stop the transfer of inmates to the women’s facility that identify as transgender.’

‘We cautioned this would probably end up badly, meaning with pregnancies,’ Sullivan said.

‘There’s congregate showers, recreation, and we can’t watch all 800 inmates every single second of the day,’ Sullivan added.

In her essay, Bellamy said conditions inside Mahan breeds ‘a pervasive culture of rape.’

However, she added in all capital letters: ‘I WAS NOT RAPED.’

‘Nor was I forced to do anything that I did not want to do,’ she added.

‘Despite it not being permitted I fell in love and had consensual sex with a woman who is trans. Consensual sex is a prohibited act in Edna Mahan.

‘I did what is natural to every human being [I] formed a natural and genuine bond that let to an extensive amount of support, understanding and love.

‘What incarcerated individual do (sic) not yearn for a second chance at life when your teens, twenties and thirties are withering away behind four walls, a steel door and barb wire gates.

‘Your very soul feel (sic) as if you are suffocating inside and the very air you breathe causes internal convulsions.

‘Imagine having someone understand the true capacity of internal feelings that are hard to describe but a simple look or gesture brings forth understanding.’ 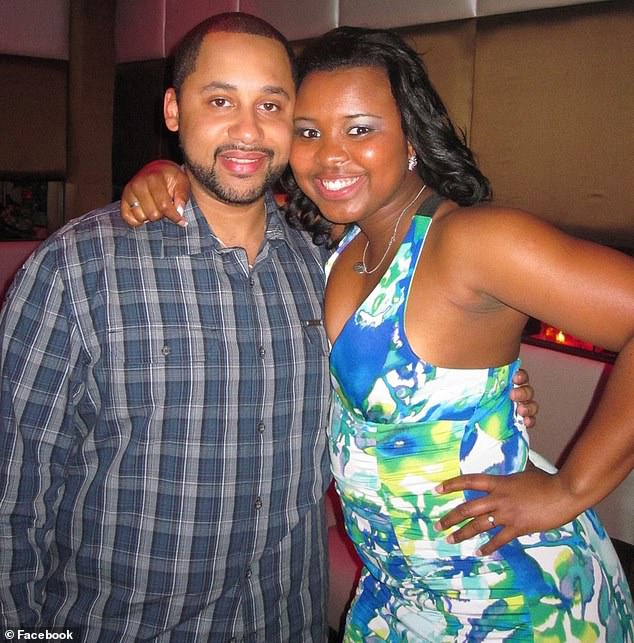 Michael Muchioki, 27, and Nia Haqq, 25, were murdered by Latonia Bellamy, her cousin and another man, as they returned home after their engagement party in April 2010 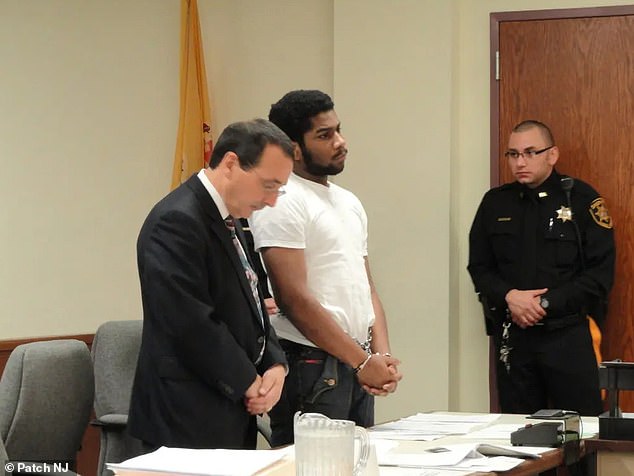 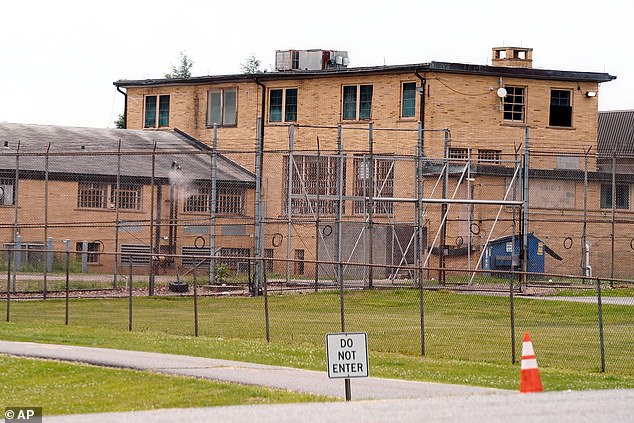 Minor was just 16 when he broke into Theotis Butts’s home in Gloucester Township, New Jersey. Butts had taken him in as a foster child, but Minor was no longer living with him, according to a report at the time in NJ.com.

He stabbed Butts, 69, several times and then fled to New York where he was arrested.

He was also convicted of carjacking. He approached a couple – whose infant son was in their Pontiac Grand Prix at the time – and pointed a Glock .45 in the woman’s face. The couple got their baby out of the car before Minor sped away with it.

He started to transition into a woman in 2020 and was transferred out of the male prison system to Mahan, where he is now prisoner 000494475E.

Since being incarcerated, Minor – who now calls herself Demi – has tried to turn her life around, becoming something of a jailhouse lawyer advocating for other prisoners, and representing her unit on the inmate liaison committee.

In an online biography she says : ‘During Demi’s time in Edna Mahan, she has faced sexual abuse and harassment at the hands of correctional officers and other inmates, which she has reported and was only partially accommodated for.’

Bellamy was 19 when she, her cousin and a second man killed Nia Haqq, 25, and Michael Muchioki, 27, in Jersey City, New Jersey, as the couple unloaded gifts from their car at 3 am on a Sunday morning in April 2010. 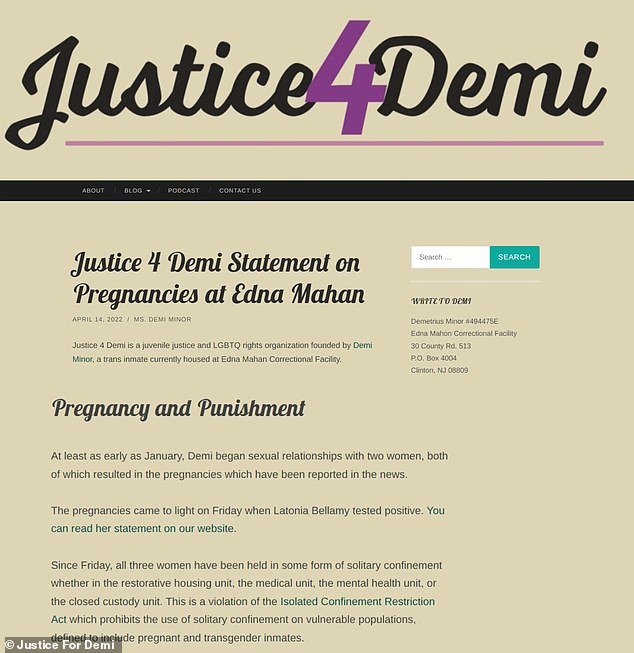 On his website, Minor admits she is responsible for both inmate pregnancies inside Edna Mahan Correctional Facility and complains that all three of them are being held in soitary confinement 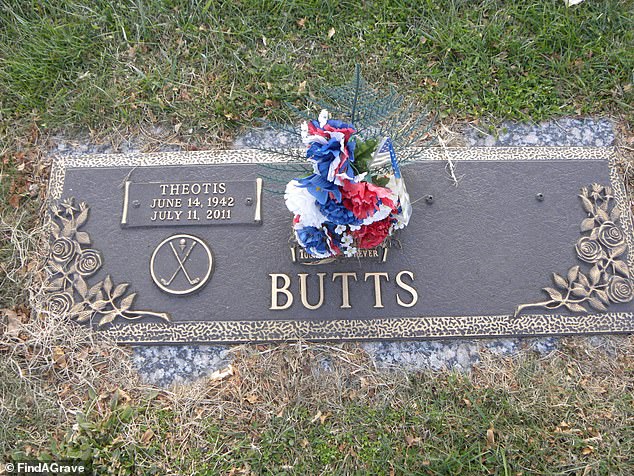 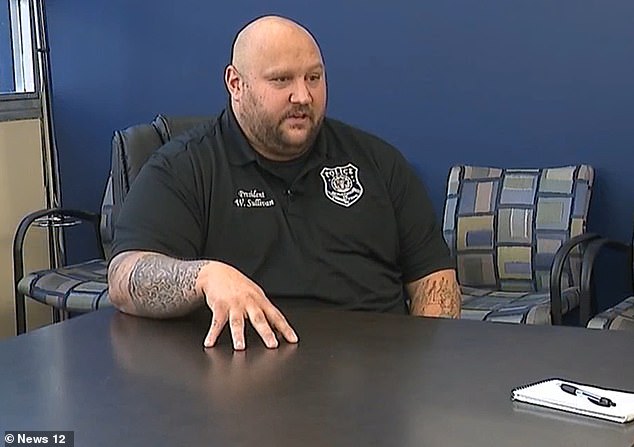 William Sullivan, the head of the union that represents New Jersey correctional officers said he forecast that putting transgender prisoners in a women’s prison would lead to pregnancies

She told a court that her cousin shot Muchioki in the head and then handed her his handgun and told her ‘You want to shoot a gun. Shoot the f***ing gun.’

She claimed in court she was paralyzed by fear because she thought her cousin would kill her if she appeared opposed to the robbery.

After the killings they tried to steal the couple’s car but couldn’t get it to move because of its steering lock and they fled on foot.

Bellamy successfully appealed her sentence of life plus 30 years last year on the grounds that the judge improperly rejected her request for access to her Child Protective Services records that showed she had spent years in custody.of a family member who sexually abused her and that he was biased against her.

We cautioned this would probably end up badly, meaning with pregnancies. There’s congregate showers, recreation, and we can’t watch all 800 inmates every single second of the day

The judge Paul DePascale told Bellamy before sentencing her: ‘I have never before been exposed to such a deviant and senseless act.

‘This defendant does not possess normal impulse control and is capable of extreme violence and if released, it is highly likely she will offend again.’

In her online essay Bellamy says both she and her lover were abused sexually at very young ages – she was six, he was eight.

She said since falling for Minor her time behind bars has begun to fly by.

‘LOVE was the reason,’ she wrote. ‘Somehow and some way LOVE is utterly forbidden. Yet it was conquered, grasped and explored.

‘Surprisingly a pregnancy came about, an innocent human being is forming and will arrive shortly. Pregnant in prison is a blessing of mockery.’

She claimed correctional officers are now mocking her pregnancy by playing baby songs over the public address system and making references to a ‘million dollar baby,’ which she said is ‘exacerbating my pregnancy anxiety.’

She added that if correctional staff had done their jobs efficiently ‘the conceiving of a baby would have never taken place here at Edna Mahan.’

‘While I do accept accountability for my actions of falling in love, I find myself being in a place of fault which is unfair to me because several blind eyes were turned.

‘Our love was known and not hidden, yet forbidden. A child is going to be born. What is going to be done to assure that a mother can spend an adequate amount of time with her baby before separation?’

Sullivan, president of the NJ PBA Local 105, rejected Bellamy’s claim that officers have harassed them.

‘I would wholeheartedly dispute their claims that the officers are making fun of them, playing nursery rhymes over the loudspeakers,’ he said.

‘The PA system is in center control. I would highly doubt that would be allowed or condoned.’

Lorraine Kelly credits her 1.5 stone weight loss with ‘getting her zest for life...

Teenage girl, 16, is shot and killed and two others are injured outside Bronx...