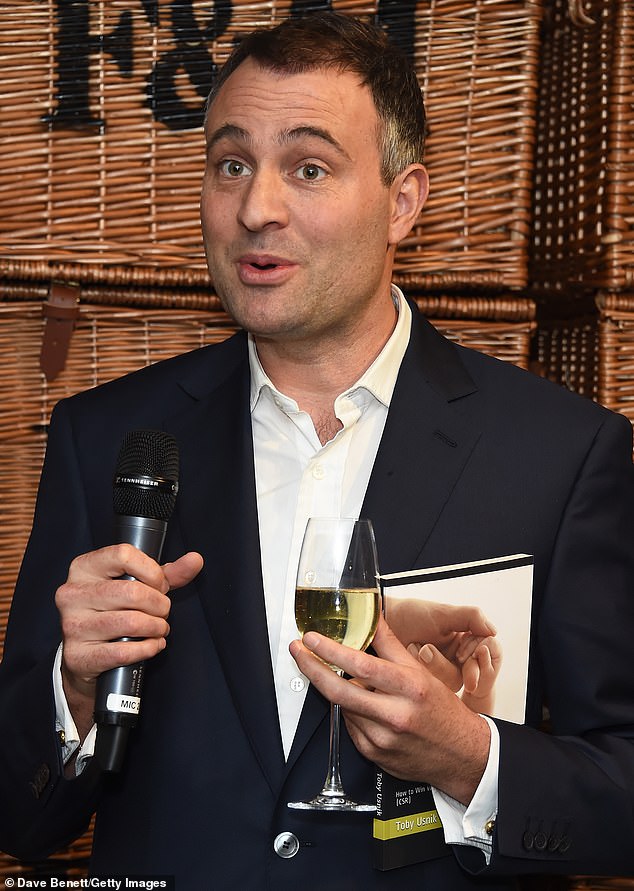 Mr Goldsmith, who is the brother of government minister Lord Goldsmith, whipped up a fury among Tory ranks after he spoke out against the imposition of injunctions on protestors who have disrupted fuel supplies and caused misery for motorists.

Activists from Just Stop Oil have been hampering access to oil terminals for days and boasted of how their actions have caused many petrol stations to shut across the country.

But despite the havoc being wreaked by the group – an off-shoot of Extinction Rebellion – they found support from Mr Goldsmith, who sits on DEFRA’s board as a non-executive director.

In a now-deleted Twitter post, Mr Goldsmith said: ‘The protestors are right to be doing whatever it takes to wake people up. The fossil fuel industry is grubby and dangerous. We need to unhook ourselves from our dependence asap.’

His comments attracted criticism from Labour, and with Sky News reporting that some Conservative MPs have called for Mr Goldsmith to be sacked from his role at DEFRA.

However, the financier has since retracted a statement defending the disruptive tactics used by climate protesters, following criticism from Tory MPs and said he recognises the  ‘disruption these protests are causing to people’s lives and livelihoods’.

Mr Goldsmith has now posted another message to Twitter, saying: ‘This morning I tweeted in a personal capacity my sympathies for the Extinction Rebellion protests. Support of ER is neither a (Conservative Environment Network) nor a (Defra) position. I have therefore retracted these tweets.

‘I recognise the disruption these protests are causing to people’s lives and livelihoods. I’ve always previously stood publicly opposed to the controversial and often bonkers methods employed by ER.’

Ben Goldsmith, the brother of government minister Lord Goldsmith, whipped up a fury among Tory ranks after he gave his support to eco-activists 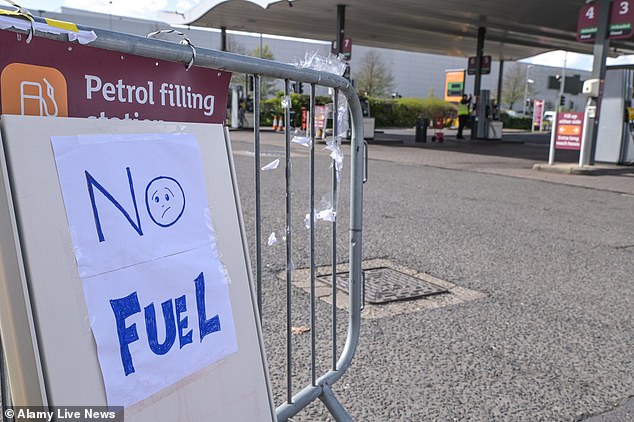 He added: ‘That being said, I know I’m not alone in feeling a rising sense of panic as the reported science grows ever grimmer. Awareness and action are not commensurate with the scale of the issue, even if we in the UK are now leading the way globally.

‘The (Conservative Environment Network) caucus is playing an outsized role in the UK’s emergence as a global leader on environmental and climate restoration. This is huge cause for optimism.’

Conservative MP Nickie Aiken told the PA news agency Mr Goldsmith should consider speaking to those affected by the disruption.

Responding to Mr Goldsmith’s original and now-deleted message, Labour shadow justice secretary Steve Reed said: ‘This from a Conservative official is an insult to people facing misery trying to get to work. 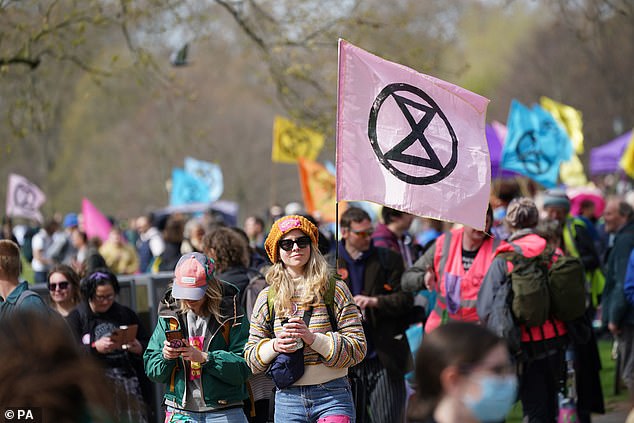 The group is an offshoot of Extinction Rebellion, who staged a demonstration in central London this weekend 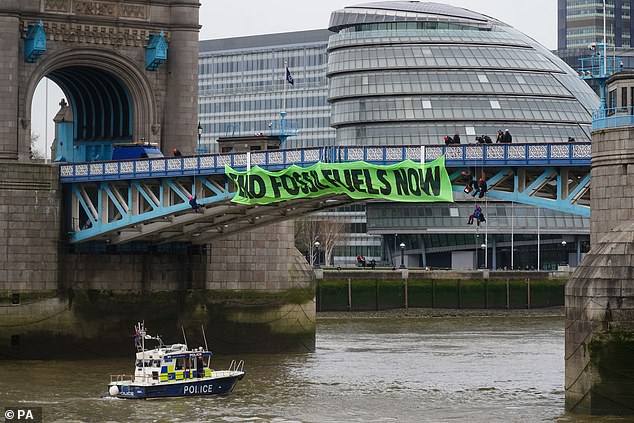 ‘While the Government continues to refuse to act, Labour has called for immediate injunctions to put a stop to this disruption.’

Ms Aiken, the MP for Cities of London and Westminster said: ‘Perhaps Mr Goldsmith would like to come and speak to my constituents and businesses who have their lives disrupted; their medical appointments missed; carers late to support our most vulnerable, their police teams taken away from their neighbourhoods to deal with protesters.

‘No-one should be in denial of the climate catastrophe we face but XR should seriously reconsider how they protest.’

A Government source said: ‘Ben expressed a personal view – not that of the Government. 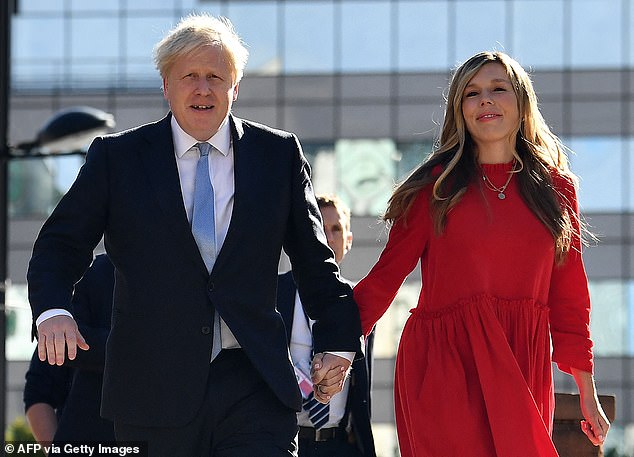 Boris Johnson and his wife, Carrie Johnson, are close to the Goldsmith family

‘People have the right to protest, and the issue of climate change is very important, that’s why we’re taking such ambitious action to tackle it.

‘But these XR protests are not peaceful protest – they are disrupting people’s lives and it is wholly unacceptable. That’s why the Government is taking robust action to stop them.’

A spokesman for the Conservative Environment Network said: ‘Extinction Rebellion protests do nothing to help tackle climate change. Their actions risk undermining public support for environmental policies. We support strong action to stop these protesters from disrupting people’s lives and livelihoods.

‘We are pleased Ben Goldsmith has retracted his comments regarding Extinction Rebellion. They do not reflect the position of the Conservative Environment Network, which has consistently opposed the terrible tactics deployed by protesters intent on playing havoc.’