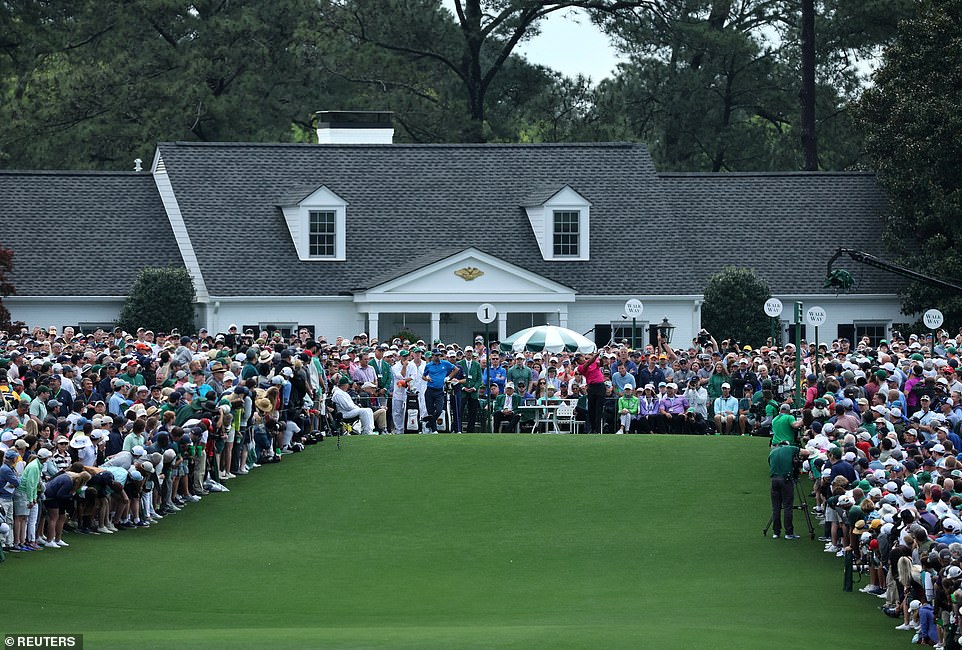 Tiger Woods is BACK! Golf legend completes miraculous recovery as he tees off at the Masters just 14 months after high-speed car crash threatened to end his career

By Joe Ridge for MailOnline

Tiger Woods‘ miraculous comeback from a serious car crash was completed on Thursday when he teed off at the 86th Masters at Augusta National.

Wearing a bright pink shirt to match the famous azaleas at the Georgia course, Woods sent fans into a frenzy as he arrived ahead of his first round on Thursday.

He was a measure of concentration as he stepped up first to tee off in his group at 4.04pm, but watched with a grimace as he missed the fairway to the right on the par-four opening hole.

That left Woods with a tricky angle for his second shot, and he saw his approach roll off the front of the green.

In typical Tiger fashion, however, he saved par with a nerveless up-and-down, then followed that up with routine pars at the second and third. 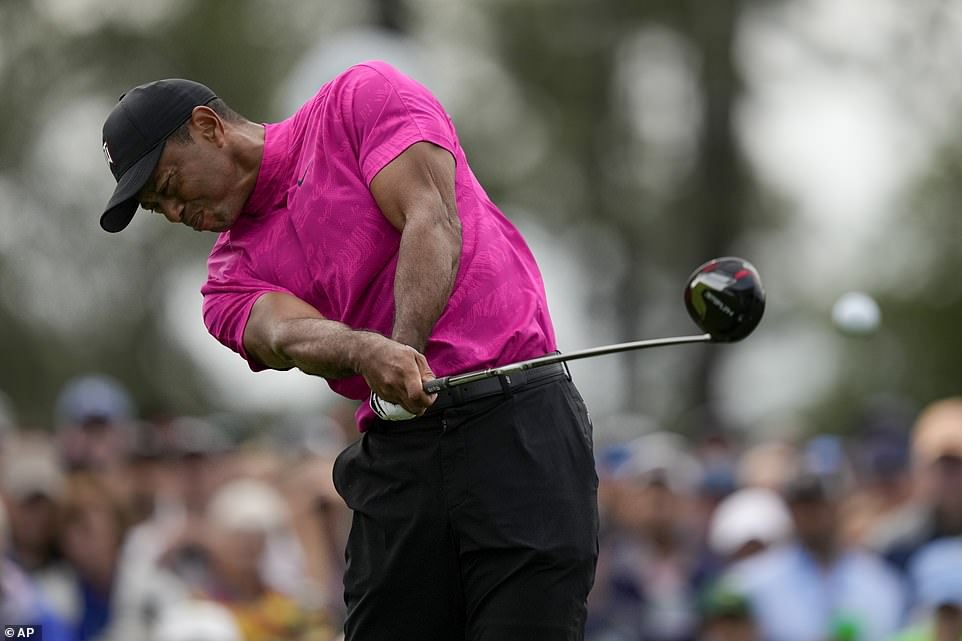 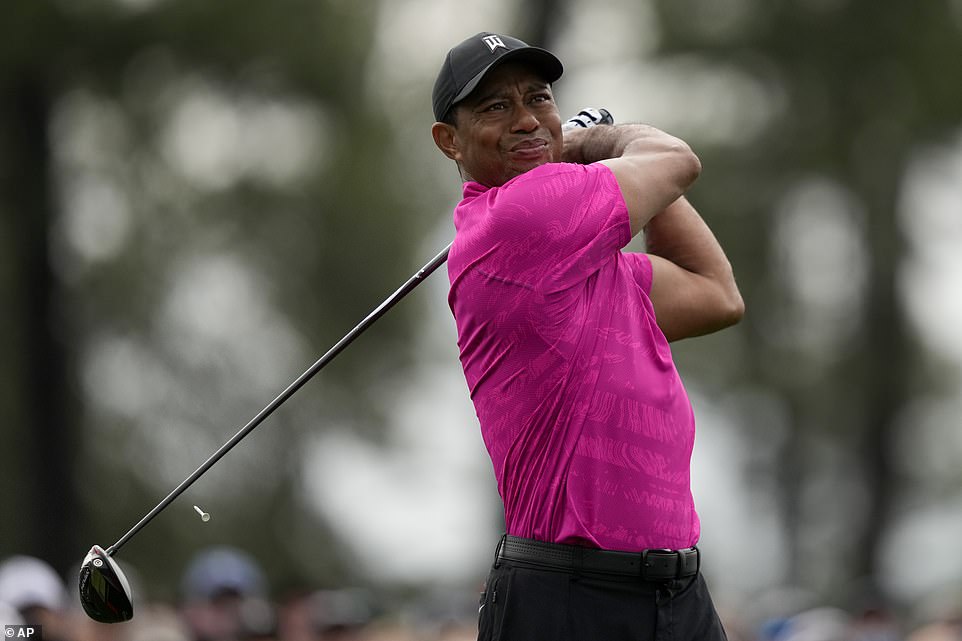 The all-time great watches his tee shot fly away, where it would finish just off the fairway to the right 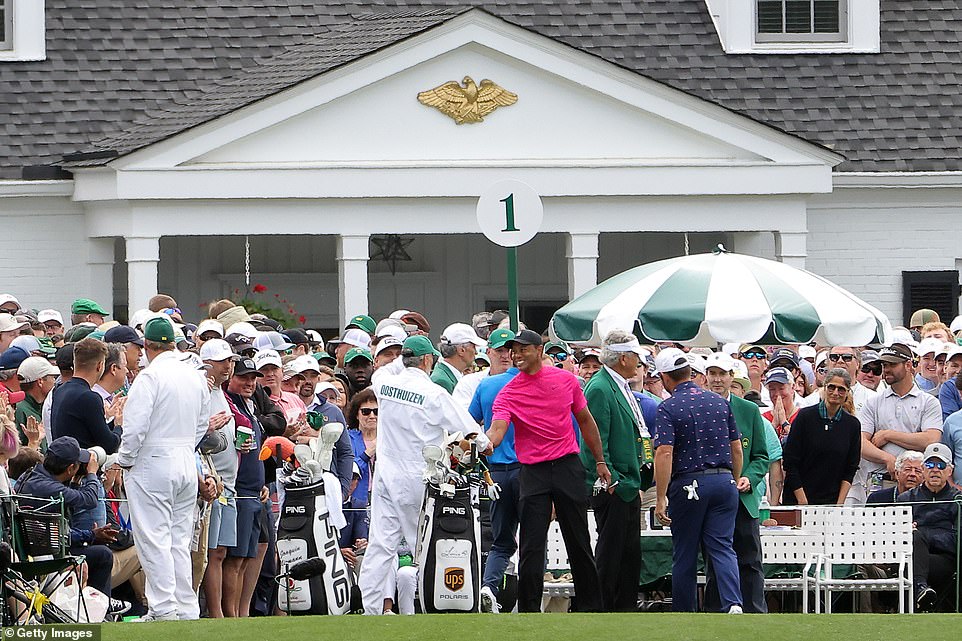 The five-time winner caused a stir last week when he flew to Augusta for a practice round with his son Charlie, having not played a PGA event since his last Masters appearance 18 months ago.

Woods broke both his legs in a high-speed crash in southern California in February 2021, with his right leg severely damaged, resulting in a long and arduous period of rehabilitation.

After feeling comfortable following practice rounds last week and this week, Woods confirmed his intention to play on Tuesday – going as far as to say he thought he could win the tournament.

‘I’m here to win,’ he said. ‘I wouldn’t be here if I didn’t think it was possible. I can hit the ball just fine. I don’t have any qualms physically from a golf standpoint. 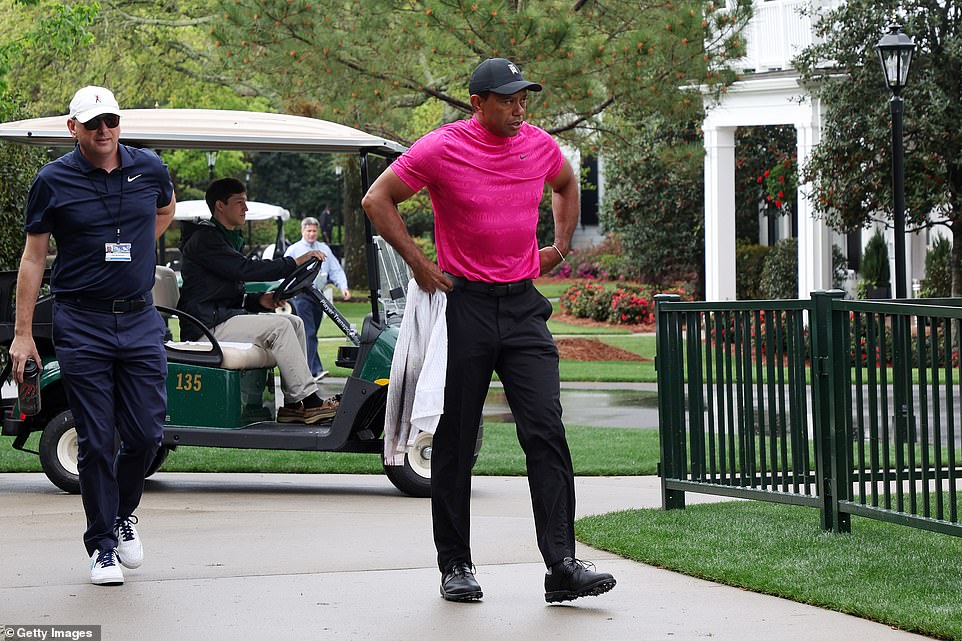 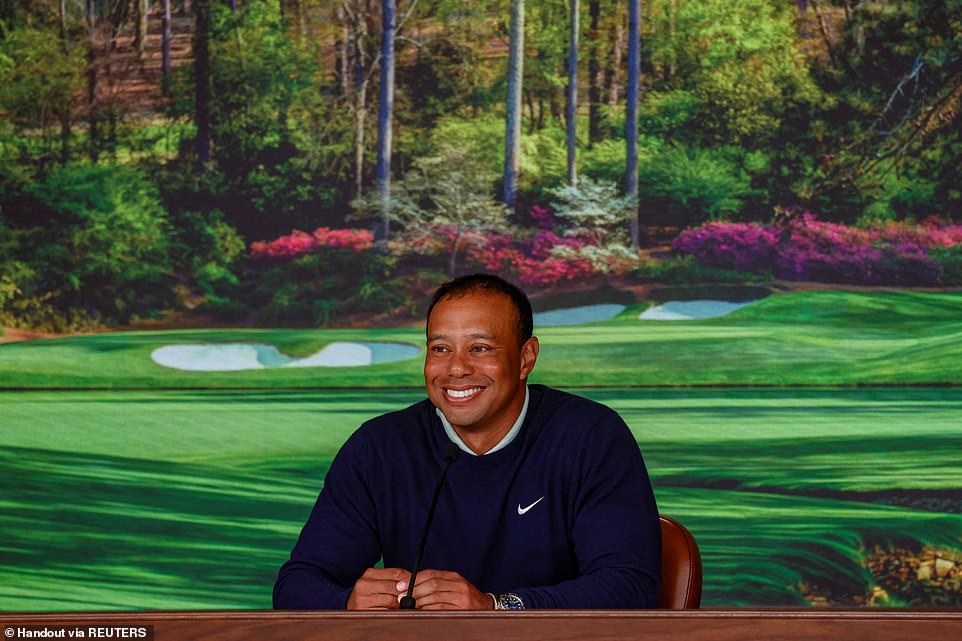 ‘It’s now walking that’s the hardest part. You know, 72 holes is a long road and it is going to be a tough challenge. But it’s one that I’m up for.’

He added: ‘I’ll know when I can’t win anymore, and that’s when I’ll hang it up, but right now I still think it’s possible.

‘I still have the hands to do it and I can still move. I’ve been in worse situations than I feel right now and won tournaments.’

The 46-year-old, who has 15 majors to his name, teed off alongside Chile’s Joaquin Niemann and South African 2010 Open champion Louis Oosthuizen at 4.04pm BST, following a half-hour delay to the start of the tournament caused by morning thunderstorms.

Wheelchair users are lifted on to train carriages as they flee their homes in...