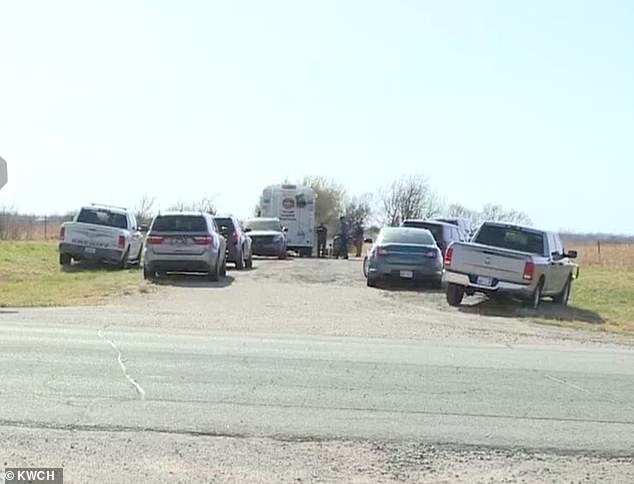 Female suspect opens fire and injures three sheriff’s deputies while they were investigating a ‘suspicious’ Jeep Liberty parked on a county road in rural Kansas: Woman is shot and killed

Three Kansas deputies have been injured after a female suspect opened fire on the officers before being shot and killed.

The three officers were responding to reports of a suspicious-looking black Jeep Liberty in remote Cowley County, 50 miles southeast of Wichita, on Friday afternoon.

They received first reports about the car just before midday. They found the car was parked up at the side of the road five miles outside the town of Winfield.

The deputies approached the SUV and made contact with the female driver, but she didn’t comply with their demands to get out of the vehicle, the Kansas Bureau of Investigation (KBI) said Friday night.

As the officers tried to remove the unnamed female suspect, she pulled out a handgun and started firing, authorities said.

All three of the officers were hit, according to Sheriff Dave Falletti, but the woman was also struck and died at the scene.

One deputy has sustained serious injuries but is expected to recover, and the other two have been updated to being in good condition, the KBI said.

Three sheriff’s deputies were wounded and a female suspect was killed on Friday afternoon. Pictured, authorities are seen close to where the shooting occurred 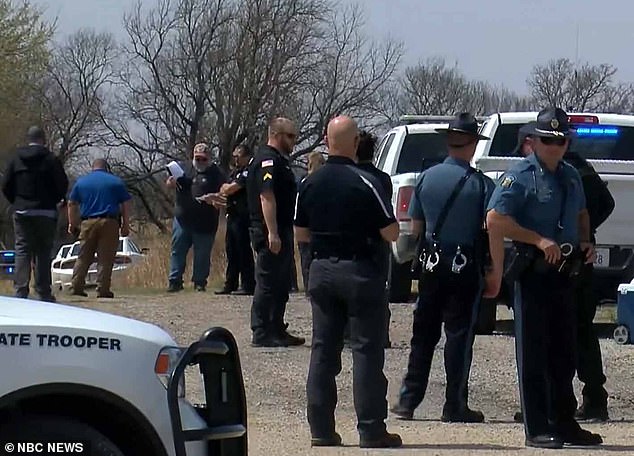 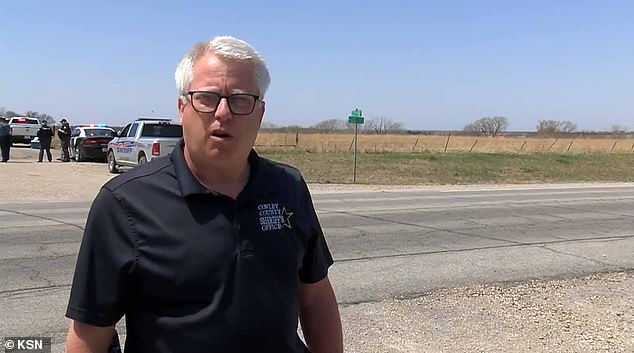 As the deputies approached the car, the woman opened fire, hitting all three of the officers, according to Sheriff Dave Falletti, pictured above

The woman was shot and killed after gunfire was exchanged when she started shooting.

One deputy was airlifted to Wichita while the other two were taken to Wesley Medical Center in stable condition and expected to be released later on Friday.

The third deputy’s injuries are more serious, but he is expected to recover.

‘We just don’t know at this point the events that led up to it (the shooting) other than the vehicle was called in as suspicious,’ Falletti said.

‘Deputies were following that lead and that’s when this occurred.’ 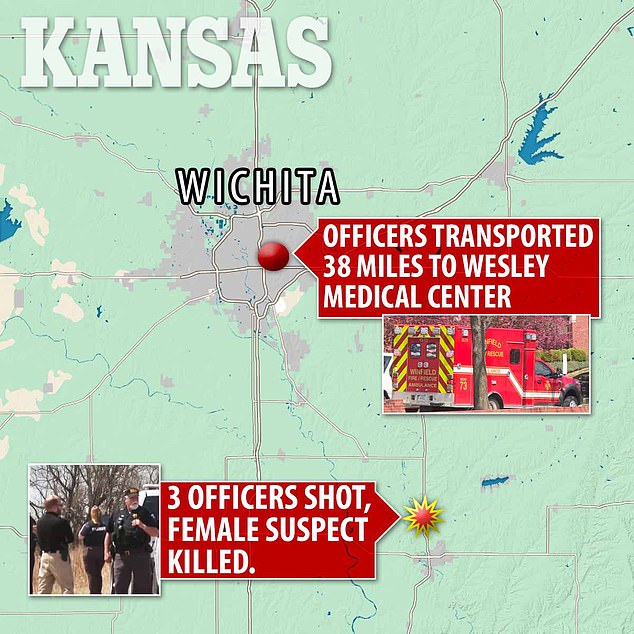 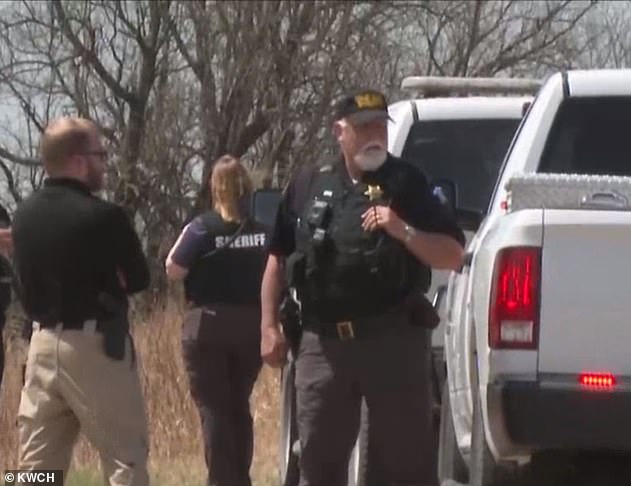 Several other agencies were also in present including the Bureau of Alcohol, Tobacco, Firearms and Explosives (ATF), Arkansas City Police, and Winfield Police. 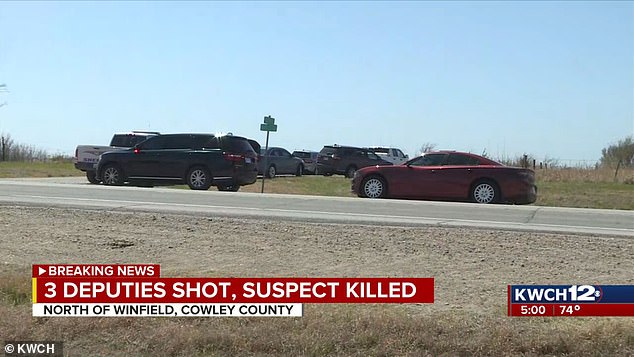 The shooting occurred just outside the town of Winfield, about 50 miles southeast of Wichita 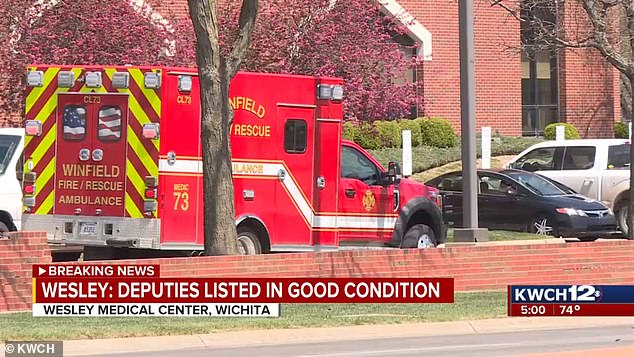 The injured deputies were whisked to Wesley Medical Center in Wichita, Kansas

The sheriff has requested assistance from the KBI, which had taken over the case and was on the scene starting at 3 p.m.

Several other agencies were also present including the Bureau of Alcohol, Tobacco, Firearms and Explosives (ATF), Arkansas City Police and Winfield Police.

The Butler County Sheriff’s Office posted a message on its Facebook page sending prayers for the injured deputies.

‘We are sending prayers for our neighbors at the Cowley County Sheriff’s Office. Please keep the Deputies and everyone involved in your thoughts or prayers.’

One local man said that although it was shocking someone had shot at police, he was not stunned by the news.

‘It didn’t really surprise me at the same time because lately a lot of things have been happening in this area and Ark City,’ Hector Perez said to KSN.

‘And I grew up around here. So it’s like, you know, just another one. You know what I’m saying?’

Fed warns unemployment may have to rise to tackle soaring inflation

Inside I’m a Celebrity 2022: What this year’s contestants can expect

Labor government slammed for $150,000 spending spree on functions and hospitality in three months