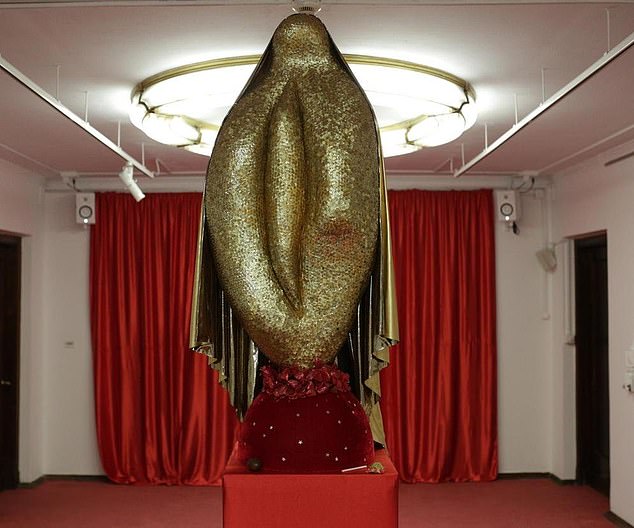 By Ed Wright For Mailonline

A theatre director in Poland has been fired after installing a huge statue of a golden vagina in the theatre’s foyer.

Director Monika Strzępka at the Dramatic Theatre in the Polish capital Warsaw said she had agreed to exhibit the metre-high vagina dubbed ‘Lady Moist’ because she wanted to promote feminism.

She added that the statue was ‘an expression of the appreciation for femininity’.

But according to officials the statue created by a self-professed ‘vagina artist’ called Iwona Demko was ‘demeaning’.

Justifying the dismissal, politician Konstanty Radziwiłł said: ‘It is demeaning for women to reduce femininity to a single, sexual sphere of human life.

‘Ignoring the vast wealth of roles in society that a woman can perform, pornography reduces femininity to a purely biological aspect, which boils down to satisfying sexual needs.’ 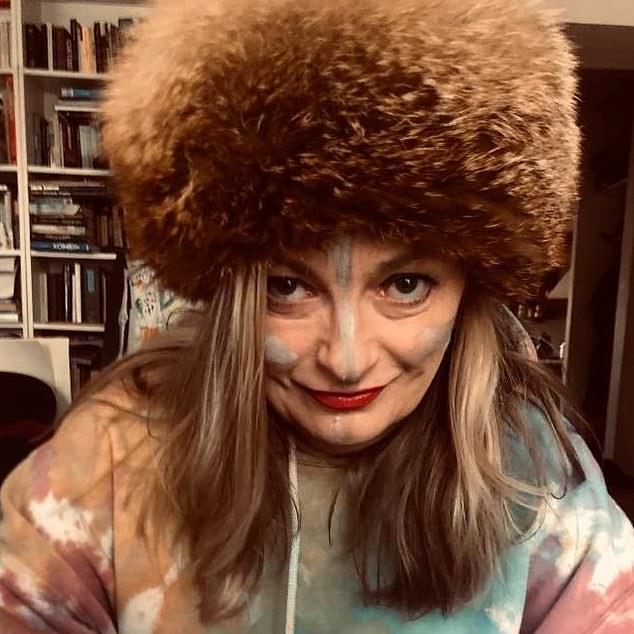 Posting on Facebook she said: ‘This is clearly an attempt at censorship of both cultural institutions and artistic activity.’

She added: ‘The whole rationale is ridiculous.’

The vagina statue was installed in August to mark Strzępka’s arrival as director of the theatre.

Vagina artist Demo said at the time: ‘I wanted women to love this part of the body and start thinking positively about it.’

Jennifer Lawrence and husband Cooke Maroney check out a nearly $20 million mansion in...

Texas school shooter classmate says he harassed her, left one of his exes ‘scared...