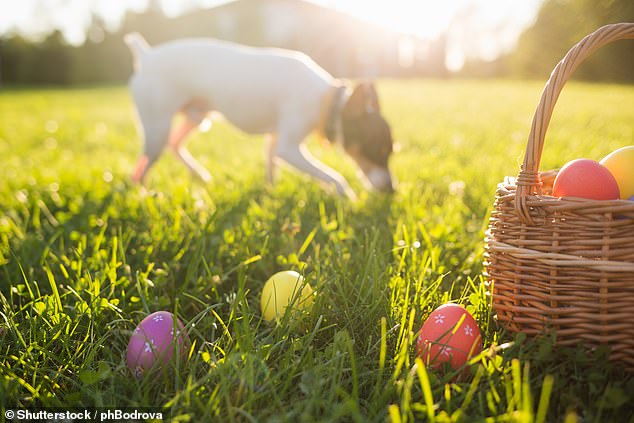 By Paul Revoir Media Editor For The Daily Mail

It may sound barking mad, but a new BBC radio show is to relax listeners by airing the sounds of a dog’s life.

Radio 3, in its latest so-called ‘slow radio’ project, will follow a day in the life of a 15-year-old labrador called Honey.

The audience will hear sounds including ‘how an old dog breathes while she dreams’ or the noise of the animal rushing to greet the postman.

Honey – A Day In The Life Of A Dog, due to air in July, uses ‘carefully placed’ microphones so that ‘the essence of Honey is captured as we are gently enveloped in the noises she both makes and hears’.

Honey – A Day In The Life Of A Dog, is a new Radio 3 programme where listeners will get to enjoy the sounds a dog both hears and makes in what is being branded as ‘slow radio’

The show is the latest example of what has been branded ‘slow radio’. These are shows which help listeners detach themselves from ‘today’s frenzied world’ with more restful and reflective content.

The half-hour programme will follow the fox-red labrador about her daily routine, from the ‘excitement’ of breakfast to a ‘pad around the garden’.

Slow radio emerged from ‘slow television’ which saw BBC4 air shows including a two-hour bus ride through Yorkshire and canal journey on a narrowboat.

The programme, which has not been recorded yet, will also include a car journey, an allotment visit, a beach stroll and also her interaction with human friends.

These friends include her ‘favourite neighbours’ and an eight-year-old who is ‘Honey’s biggest fan’.

As part of its slow radio broadcasts Radio 3 has previously aired the ‘all-consuming silence’ of a walk along the coast of Greenland.

It has also featured Benedictine Monks in the ‘silence of the monastery’ which included a ‘background of chant and sounds’ as well as a ‘sound portrait’ of Riley Square in Coventry.

Melbourne Cup 2022: Bec Judd almost loses her hat to the wind and rain

The McCrary Sisters vocalist Deborah McCrary dead at 67: Gospel singer had suffered a...

Gemma Collins says she was robbed and attacked just 24 hours before her short...