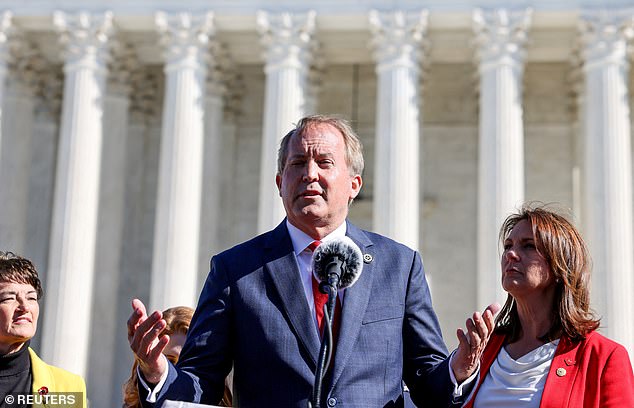 The judge’s order was in response to a challenge from the American Civil Liberties Union (ACLU) arguing that a ban on abortions written before 1973 was ‘repealed and unenforceable.’

Under the temporary restraining order, abortions in the Lone Star State can be performed up to six weeks in pregnancy, at least for now – the order lasts until a hearing on July 12, at which point the judge will decide whether to end it.

The ruling on the 1925 pre-Roe ban does not affect the state’s ‘trigger law,’ a law the legislature passed stating that abortion would be made illegal upon the overturning of Roe v. Wade. The trigger law, passed in 2021 in anticipating of the high court’s decision, will take effect in about two months.

The pre-Roe ban states that those who perform abortion procedures can be punished with two to five years in prison. The law had never been taken off the books but Texas ceased enforcement after Roe v. Wade legalized abortions up to about 20 weeks.

Attorney General Ken Paxton explained last week that the law stipulated that abortions would be banned 30 days after the Supreme Court overturned Roe. And while the court issued its opinion on Friday, its official judgment is not expected for about 25 more days.

Attorney General Ken Paxton explained last week that the law stipulated that abortions would be banned 30 days after the Supreme Court overturned Roe. And while the court issued its opinion on Friday, its official judgment is not expected for about 25 more days 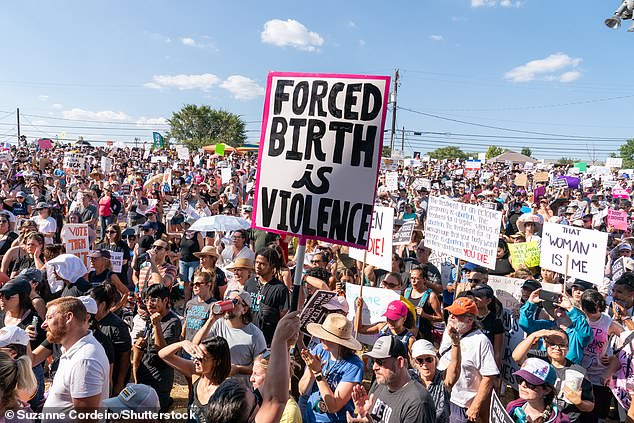 Abortion rights demonstrators gather at a Rally for Reproductive Freedom at Pan American Neighborhood Park on June 26, 2022 in Austin, Texas 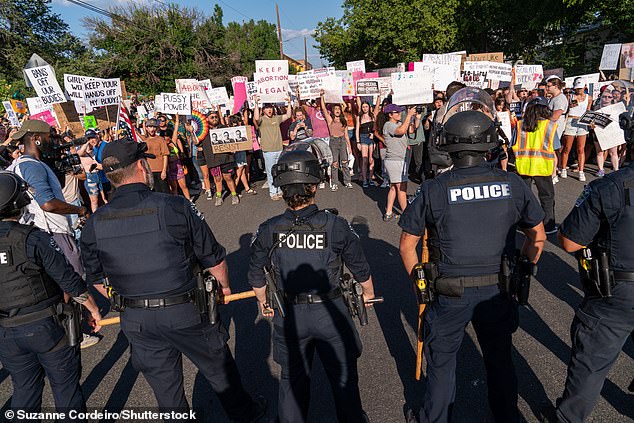 Paxton at the time said that providers could still face criminal charges because the state would start enforcing the almost century-old pre-Roe ban blocking virtually all abortions, which the ACLU and two abortion clinics sued to overturn.

In 2021 Texas passed a law banning abortions after 6 weeks, attempting to skirt legal challenges by putting the onus on private citizens to sue those who aid and abet women in getting an abortion.

The so-called trigger ban on abortions at any stage of pregnancy makes exceptions only to save the life of the mother or prevent ‘substantial impairment of major bodily function.’

When the trigger ban takes effect, women who get abortions will not be prosecuted but anyone who helps a woman obtain the procedure could, and doctors performing abortions could face up to $100,000 fines or life in prison.

Last Friday the court ruled 6-3 to allow a Mississippi ban on abortions at 15 weeks take effect and 5-4 to overturn the landmark case legalizing abortion, Roe.

Meanwhile, in Tennessee, a ban on abortions at about six weeks took effect after the 6th Circuit Court of Appeals lifted a stay on it in light of the Supreme Court decision.

On Friday, Virginia Gov. Glenn Youngkin announced he will seek to pass a ban on abortions at 15 weeks.

With the landmark case overturned, 13 states with trigger bans will prohibit abortion within 30 days. Other states have legislation that has been blocked or struck down, but without Roe, those laws will probably take effect.

Ray Liotta tributes: Stars honor the Goodfellas actor after he passes away

Biden, 79, FALLS OFF his bike during ride near his Rehoboth Beach home

Inside Johnny Depp and Kate Moss’ relationship as she prepares to testify at Amber...