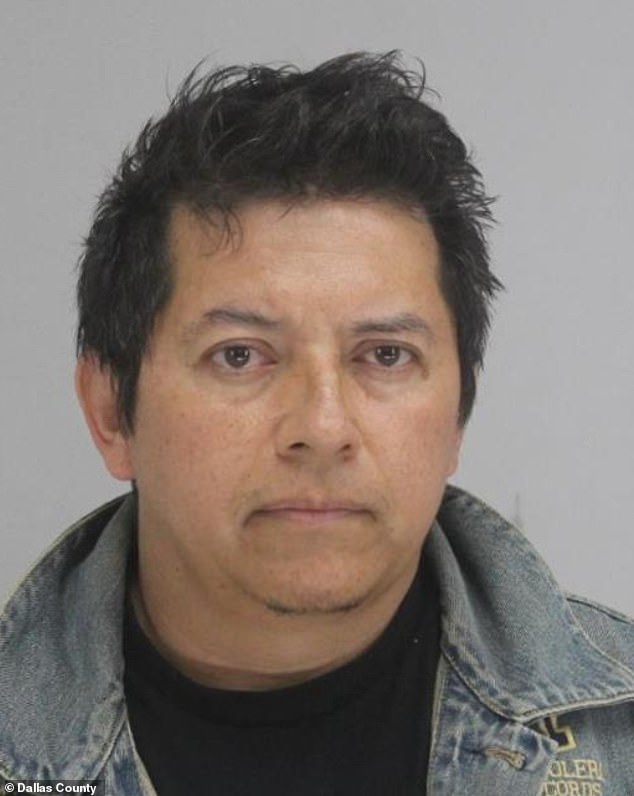 A Dallas bakery owner shared a ‘romantic interest’ with the man who he stabbed to death and set on fire after an Instagram Live interview, police say.

Manuel Tellez, 45, was arrested Thursday and charged with murdering Anthony Moreno, 52, in the early hours of Sunday, April 3.

Tellez had just interviewed Moreno – a well-known local artist – about sugar skull art that was on display inside his store, Moreches Bakery.

Moments later, the pair walked to an alley a couple blocks away, where police say Tellez stabbed Moreno to death and left him for about an hour. He came back to douse him in gasoline and torch his body, an act that was caught on surveillance footage from a nearby home, according to the Dallas Morning News.

Tellez evaded arrest for nearly a week, even sharing a GoFundMe for Moreno’s family on Facebook the day after the murder.

‘OMG I can not believe he shared this! He killed my husband and made it seem like everything was normal,’ Moreno’s wife Ofelia commented after Tellez’s arrest.

Tellez is now in jail on $1.5 million bail. Moreno is survived by his wife, three children and six grandchildren, WFAA reports.

Dallas bakery owner Manuel Tellez, 45, is being held on $1.5 million bail after police say he killed a well-known local artist and torched his body earlier this month 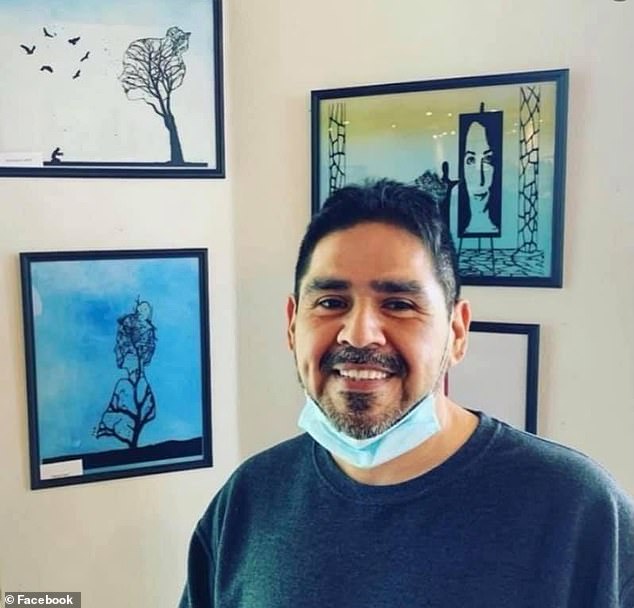 Tellez had just finished interviewing Anthony Moreno, 52, (above) before he walked him to a nearby alley, stabbed him to death and set him on fire 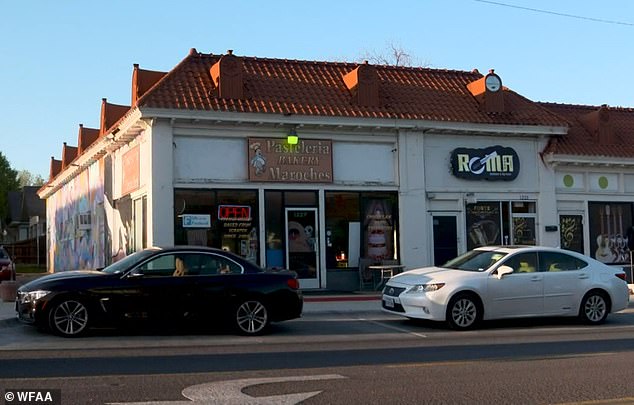 Police were able to trace Tellez’s whereabouts last weekend using cellphone records and surveillance footage before they arrested him on Thursday.

No official motive has been released for the gruesome killing. Police say the pair shared a ‘romantic interest,’ but it’s not clear who that is.

Moreno wrapped up his interview at the West Davis Street bakery and texted his wife that he was heading home on April 3 at 12.15am.

He and Tellez walked to an alley a couple blocks away at some point before 2am.

Tellez left and returned at around 3am with gasoline. He then set fire to the body of the artist who he had just interviewed, according to an affidavit.

The bakery owner was seen filling up a portable gas can while wearing a baseball cap, a surgical mask and a white latex glove at around 2.10am.

That same type of glove was found at the scene. And despite Tellez’s attempts to conceal his identity, his SUV has distinct rust spots on the side that were seen on tape. 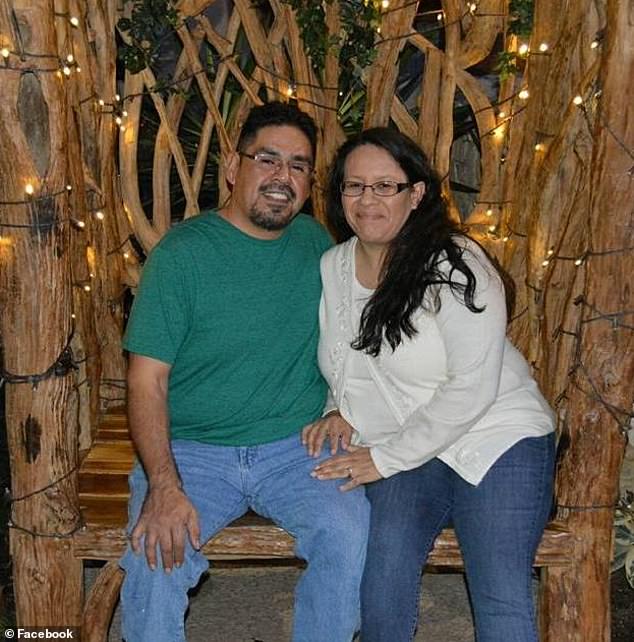 Police say that Moreno (left) and Tellez shared the same ‘romantic interest,’ though it is not clear who that is. Above, Moreno with his wife Ofelia 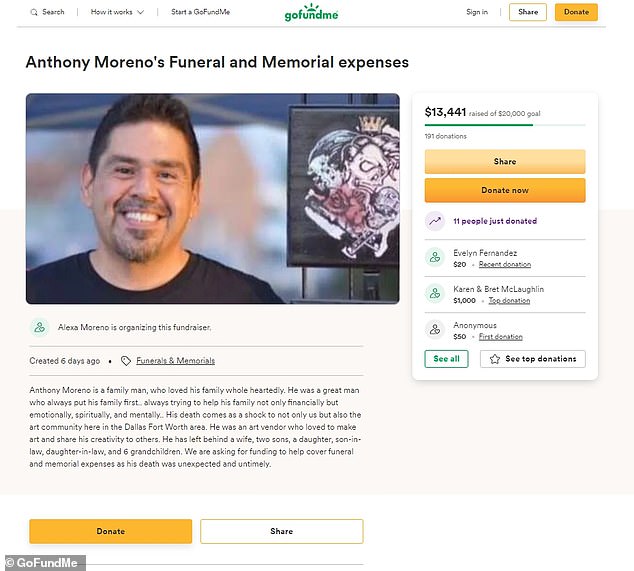 A GoFundMe for the deceased artist has raised over $13,000. Tellez, who has been charged with Moreno’s murder, reportedly shared a link to the fundraiser before he was arrested

Moreno’s family reported him missing on Sunday, the same day he was killed.

The next day, Tellez shared a GoFundMe link for the family on Facebook.

Moreno was well-known in the local arts community.

In a March 30 interview with the website CanvasRebel, he said his art focuses on ‘strength, importance and visually showing that the definition of love is woman.’

He made his pieces using ‘thin black sheets of vinyl type plastic’ adhered to painted glass. He made the same type of art in wood carvings.

‘I’m a romantic and was raised by very strong-willed women,’ he told the website. ‘I’m very happy that my art has influenced males and in times caused deep feelings of self of the past or present in females.’

One of Moreno’s pieces shows two people swinging from a tree with a red heart cutout.

Moreno was selling some of his art at Tellez’s bakery.

The bakery was open to customers this past Friday, but employees refused to speak to reporters. It’s known for its version of the ‘rosca de reyes’ cake eaten on the Catholic holiday Three Kings Day.

Dallas artist Modesto Aceves told the Dallas Morning News that he met Moreno in 2018, when Moreno was trying to form a group of artists to put on shows with.

‘He was a good motivator. He always got your back,’ Aceves said of the late artist.

The two had spoken the day before he was killed. Aceves says he even saw part of his friend’s livestream with Tellez, but that nothing seemed off.

Moreno’s son Tony said he spent all of Sunday looking for his dad. He spent the next day looking in the nearby city of Keller, where he had family. 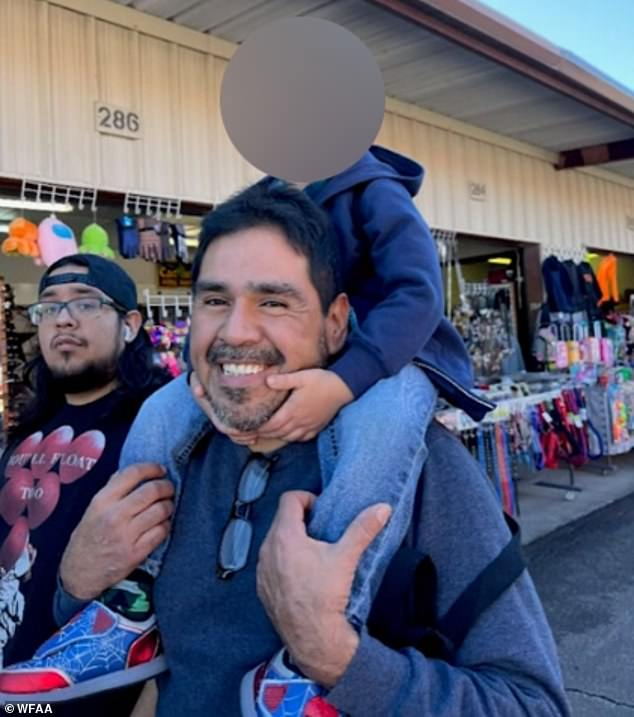 Moreno is survived by his wife, three children and six grandchildren. He said that his art focused on ‘strength, importance and visually showing that the definition of love is woman’ 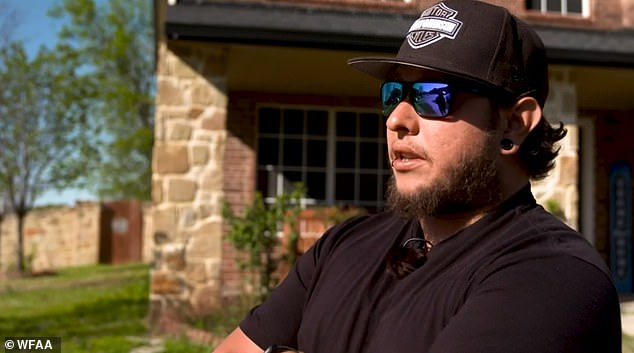 Moreno’s son Tony remembered his father as someone who ‘had a way to talk to people and befriend people and spread love.’ He says he ‘forgives’ Tellez for killing his dad

‘It wasn’t until I heard there was a body found and, unfortunately, I prayed it wasn’t him,’ Tony told WFAA. ‘It turned out, it was.’

But Tony says he’s moving on without hate in his heart for Tellez.

‘I forgive the man that took him, unfortunately,’ he said. ‘I know that’s unheard of, but I am a godly man, so I do pray for the man who took my father’s life.’

A GoFundMe for Moreno’s family has raised $13,441 as of Monday morning.

Coffin-raiding burglar, 42, who ransacked dead bodies for jewellery is jailed for two years...

German ‘heiress’ Anna Sorokin, 31, rather be in prison in Unites States than free...

Sgt Pepper’s asked for his jacket back! Military-style tunic rocked by supermodel Moss