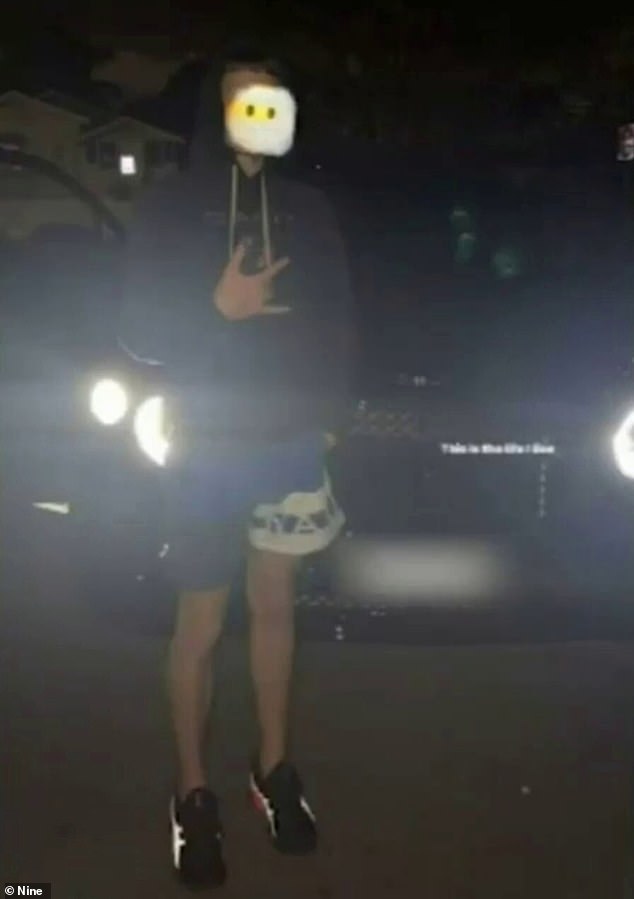 Two teens’ 70km joyride across Brisbane and the Gold Coast in allegedly stolen luxury cars has come to an abrupt end after cops used social media to hunt them down in a shopping centre carpark.

Queensland Police arrested a 16-year-old Chermside girl and 16-year-old Stafford boy at a shopping centre in Brisbane’s north on Monday, a day after the cars were allegedly stolen.

The teenagers took to social media to post videos of themselves driving the $500,000 Bentley Bentayga and $200,000 V8 Toyota LandCruiser while allegedly evading police on Monday.

Footage showed the teens bragging about the vehicles saying ‘this car’s a f***ing weapon mate’ and ‘it’s a new f***ing V8 LandCruiser mate, not no Kluger cuz’.

Two teenagers posted photos and videos of themselves parading two allegedly stolen luxury cars on Sunday night and Monday (pictured, one of the teens posing)

Queensland Police allege the teens stole the LandCruiser from a home in Bridgeman Downs, in northern Brisbane, and the Bentley from Benowa, in the Gold Coast, overnight on Sunday.

Officers said they tracked the alleged stolen cars through the morning and tried to spike the Toyota’s tyres in Taringa, central Brisbane, but the car saw police and reversed out of the street.

Police were finally able to catch the alleged offenders when they pulled into an underground carpark in Everton Hills, in Brisbane’s north.

Both of the allegedly stolen cars were recovered. 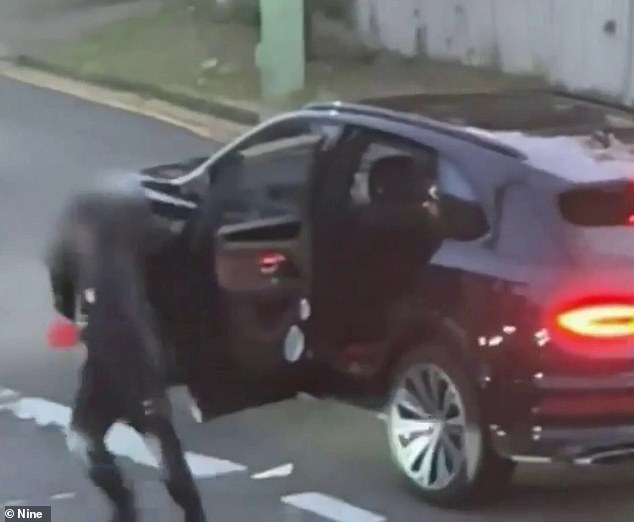 Police arrested the two teens in north Brisbane on Monday after they allegedly stole two luxury cars worth $700,000 on Sunday night (pictured, one of the alleged thieves)

The teens’ charges come the same day a report revealed Queensland was spending tens of millions to jail more children behind bars than any other jurisdiction in the nation with no impact on community safety.

There were 219 inmates under the age 17 in detention in June compared to 172 in 2014, according to the Justice Reform Initiative report released on Tuesday.

Nine out of 10 haven’t been sentenced, and two in three are Indigenous despite that cohort making up less than 10 per cent of the state’s child population.

The Queensland government spends $1880 per day or about $686,127 per year to keep each child behind bars, with the overall cost of youth detention about $183 million in 2021.

Justice Reform Initiative executive director Mindy Sotiri says the incarceration policy is based on ‘political, policy and legislative choices’ rather than evidence.

‘Building more prisons, as the Queensland government is planning to do with its proposed $500 million youth prison expansion, does not work to deter crime, rehabilitate or make communities safer,’ she said.

‘This is a short-sighted and counterproductive policy that will make it more likely that vulnerable children will commit further offences and become trapped in the revolving prison door that has become a devastating feature of Queensland’s justice system.’

Resources Minister Scott Stewart praised the state for having the ‘most number of kids locked up’ in the country, saying ‘that goes to show that we are tough on crime’.

Ravens vs Buccaneers – NFL LIVE: Play-by-play action as Tom Brady tries to get...

Best source for learning about Jenkins