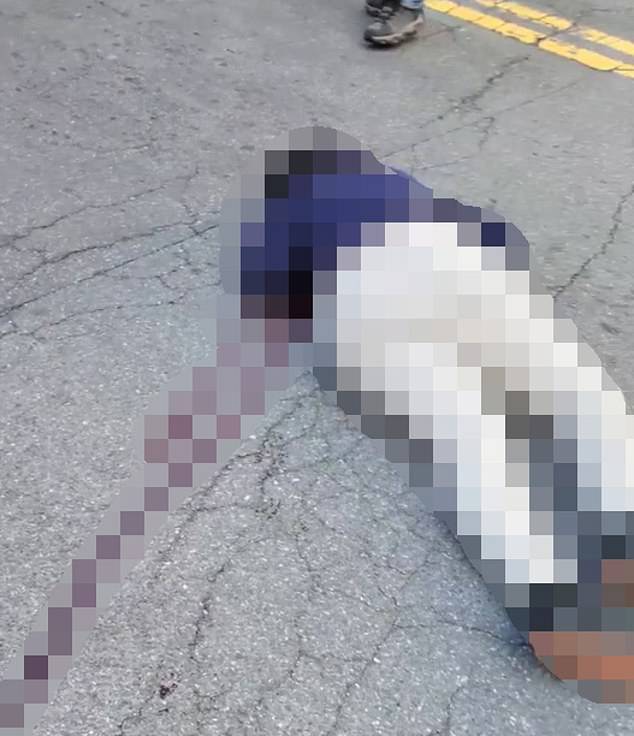 A 16-year-old girl was shot and killed and two others were injured outside of a Bronx high school after getting caught in the crossfire of two ‘brazen criminals.’

The University Prep High Schooler, who was not identified, was reportedly shot in the chest and has since died.

Police were reportedly seen performing chest compression on her as blood pooled around her.

Video shows her body lying in the street, in a pool of blood.

A girl, 16, and boy, 17, both students at Mott Haven Village Prep High School, were injured in the shooting, in the shin and buttocks, respectively, at around 1.45pm on Friday. The teens were taken to Lincoln Medical Center to be treated for their injuries and are reportedly in stable condition, according to CBS News.

Police told the New York Daily News that the gunman had been arguing with someone across the street, when he pulled out the weapon and opened fire.

None of the teens were the intended target.

Police Commissioner Keechant Sewell described the fatality vicitm as ‘a young woman with a bright future.’

A superintendent at a nearby building said that he saw the horrific shooting – and was there when the dead girl’s mother, who lived just round the corner, arrived on scene.

‘The dead girl’s mother…the way she was screaming broke my heart. The first thing you think of is your own kids and you start bawling,’ he said. ‘It’s crazy out here.’

The girl’s friend Hazel Cheeseboro, who has known her since kindergarten, described her as fun and ‘someone you could call if you have problems.’

‘Her mom is heartbroken,’ Cheeseboro added. ‘She’s trying to hang in there, but she just lost her daughter.’ 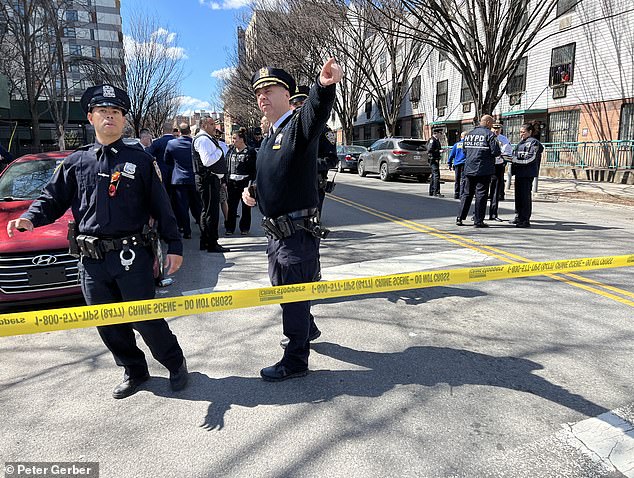 Police are seen investigating the scene on Friday afternoon around 1.45pm 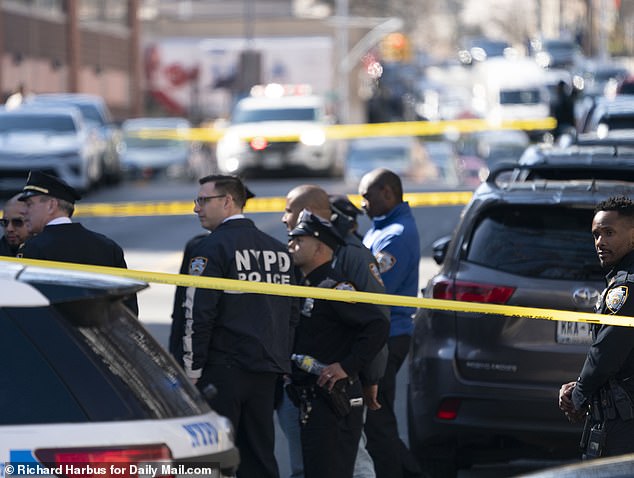 Police roped of the area where a 16-year-old girl was shot and killed outside of the South Bronx High School on Friday. Police were seen performing chest compressions on the girl as blood pooled around her 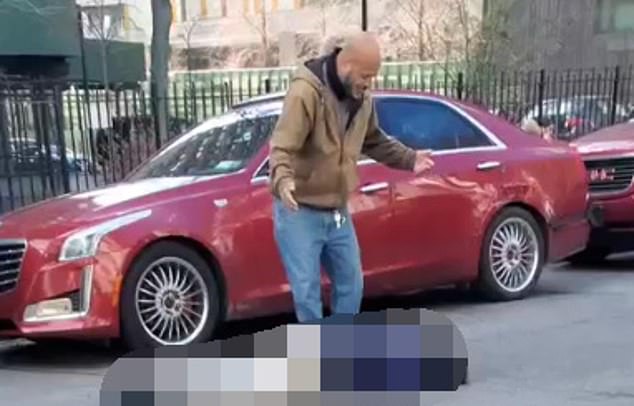 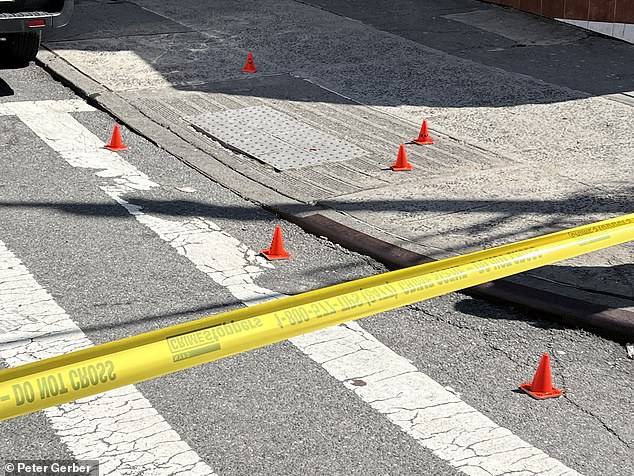 Authorities set up little cones on the scene. Two others – a male, 17, and female, 16 – were also injured in the buttock and shin, respectively and all three teens were rushed to the hospital 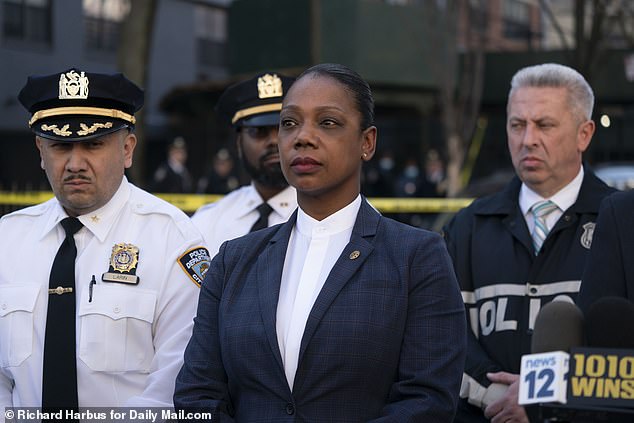 Three to six shots were reportedly fired in a westbound direction from the suspect who was standing on the east side of the street.

Law enforcement sources told the New York Post that two males across the street from each other got in an argument prior to the shots being fired.

‘At this point in our early investigation, that the brazen criminals opened fire after a dispute,’ Sewell said at a brief press conference on Friday.

No arrests have been made and police are now searching for a Hispanic man in his 20s, who was last seen wearing a gray tracksuit and a black vest and was seen driving westbound, officials confirmed.

‘At this time, we have no identity on the shooter,’ police said.

Attorney General Letitia James, 63, to the horror on Twitter, writing: ‘This is devastating. Yet another shooting in our city, yet another young life taken too soon.

‘I’m sending my deepest condolences to the family of this young girl and I’m praying for the full recovery of the other two teenagers who were shot.’ 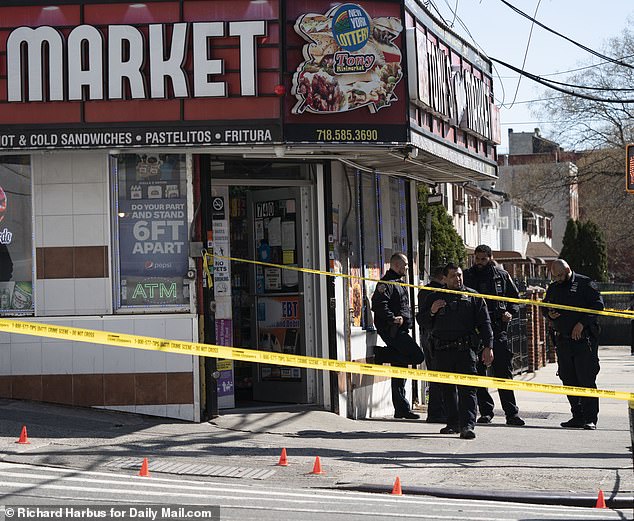 The scene was rope off with caution tape as police investigate 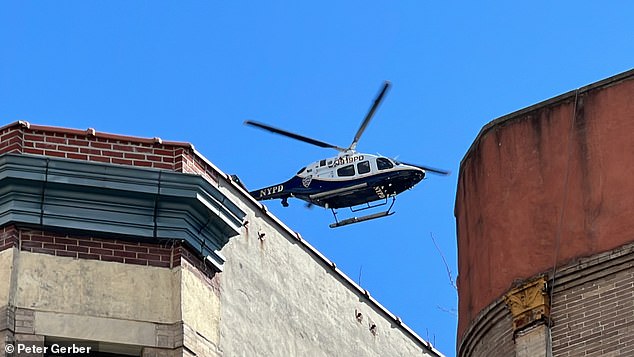 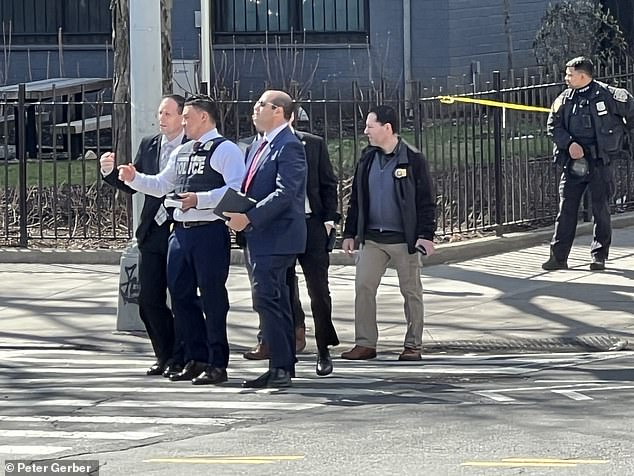 A Bronx local Freddy Brown said it was ‘unbelievable,’ but he was wasn’t ‘surprised.’

‘No, it’s not a surprise, because you hear shots all the time in this area,’ the unidentified local said. ‘But it’s surprising to hear it’s three young kids in the area. You don’t hear about young teenagers getting shot in the area, but it happens all over now.’

Bronx worker Eddie Rosado also agreed with Brown’s statements saying: ‘It’s getting to the point now where it’s an every day thing. When I was a teenager, this stuff wasn’t going on this much, it’s crazy.’

Rosado said he was ‘definitely not’ surprised, but he felt safe ‘for the most part, because I grew up in the Bronx.’

‘It’s my environment, but when stuff happens like this so close, it’s a little rough, it’s hard,’ he said.

NYC crime is up almost 50 percent compared to last year and shooting victims have risen 14.5 percent.

‘We need more patrol in the area,’ Brown said. ‘I’m scared for my grandkids.’ 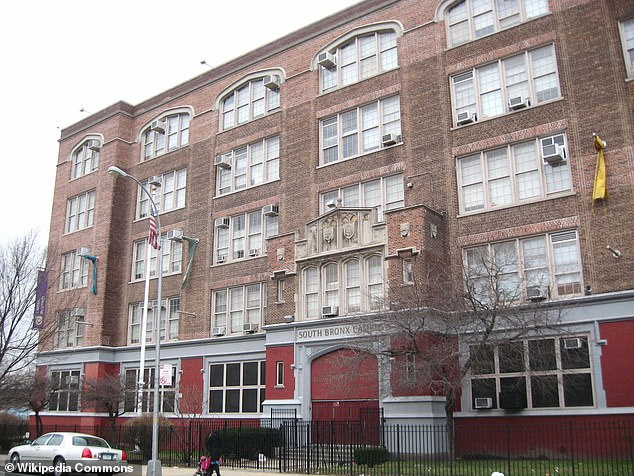 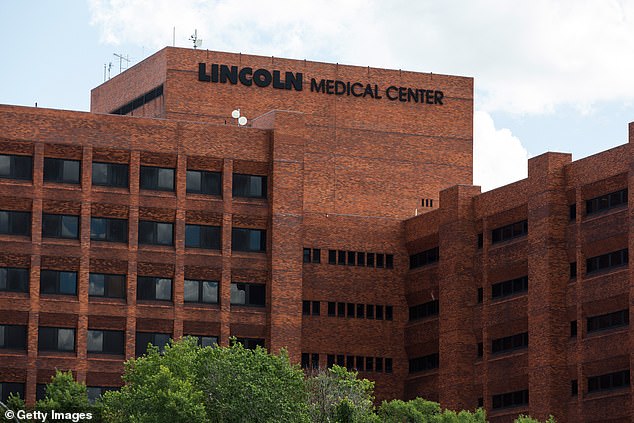 The teens were taken to Lincoln Medical Center, where one girl, 16, succumbed to her injuries. The other girl was shot in the shin and the male was shot in the buttocks. They were reportedly not the intended targets of the drive-by shooting

Labour MP Peter Dowd says he may never come to terms with his daughter’s...