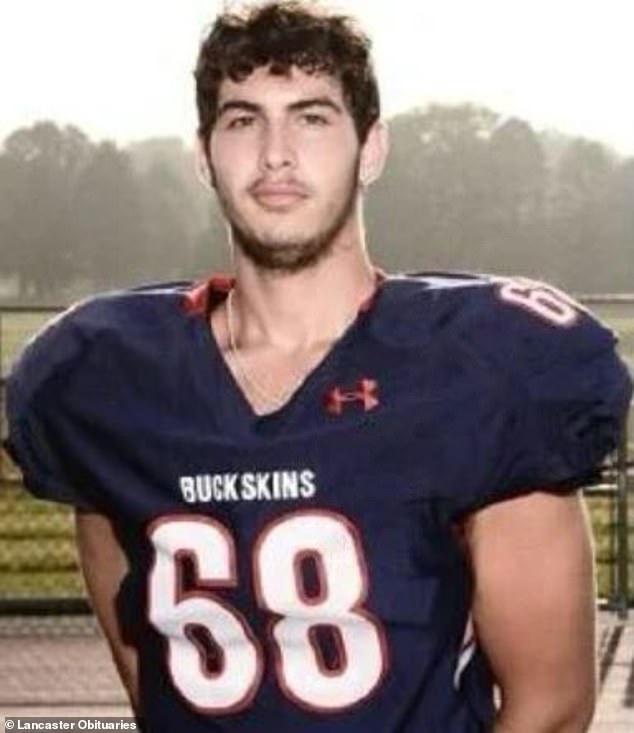 A teenager took his own life after he fled the scene of a car crash that killed his best friend.

Tyler Zook, a 17-year-old high school football player from Lancaster, Pennsylvania, killed himself in the middle of the night.

Hours earlier, Zook had been in a crash that left his teammate 16-year-old Tyreese ‘Ty’ Smith, dead, and injured Amalie Wendt, 18. The car the teens were in belonged to Wendt’s father. 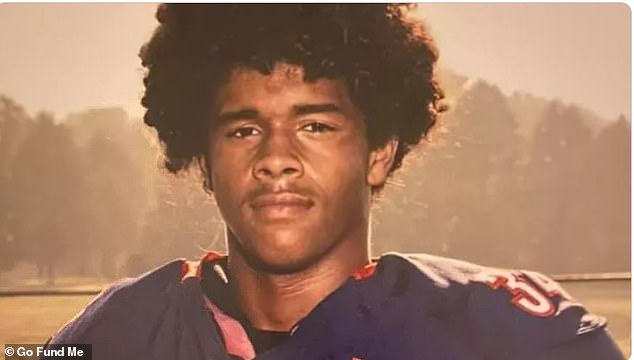 Tyreese ‘Ty’ Smith, 16, died in the crash – he had known Zook for ten years

The wreck of the 2014 Hyundai Santa Fe is pictured, above 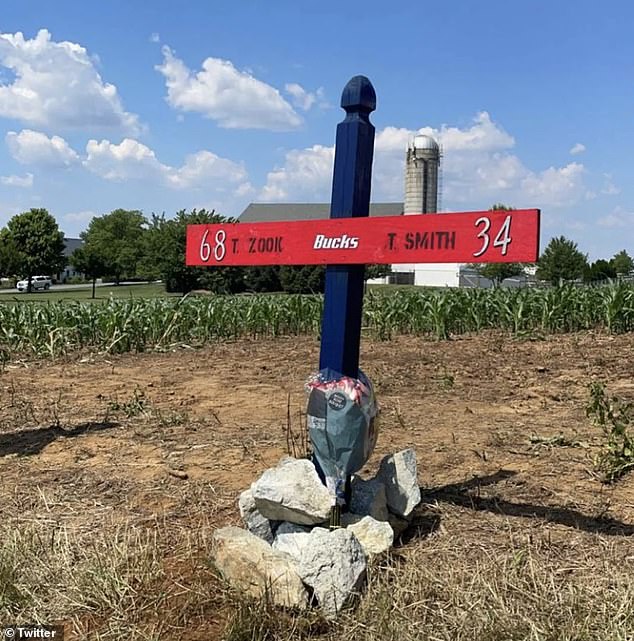 It is not known who was driving the car, a Hyundai Santa Fe, at the time of the incident.

The vehicle, which police say appeared to have been speeding, veered off into a field, rolling several times before coming to a stop on its side at around midnight on Saturday.

Smith died of mechanical asphyxia due to multiple traumatic injuries in the crash. His death was ruled accidental.

Zook appears to have fled the scene and taken his own life less than two hours later when he was back home.

Both Zook and Smith worked at a local Sonic Drive-In on East Lincoln Highway. Smith had been on shift on Friday night from 6pm and left at around 11:30pm.

Zook had just finished his junior year while Smith had completed his sophomore year.

The two had been friends for almost ten years with Smith meeting Zook playing football when he was six-years-old. 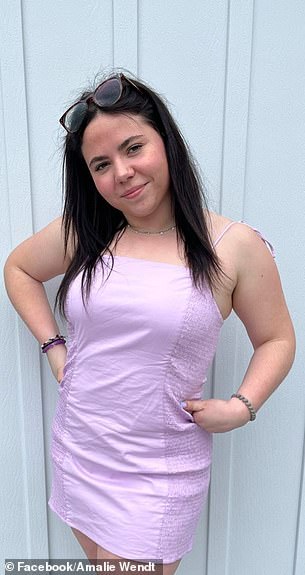 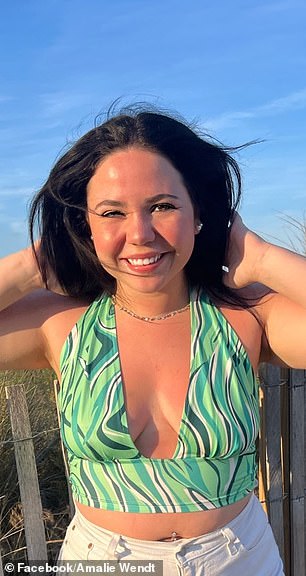 Another girl Amalie Wendt, 18, was also injured in the crash 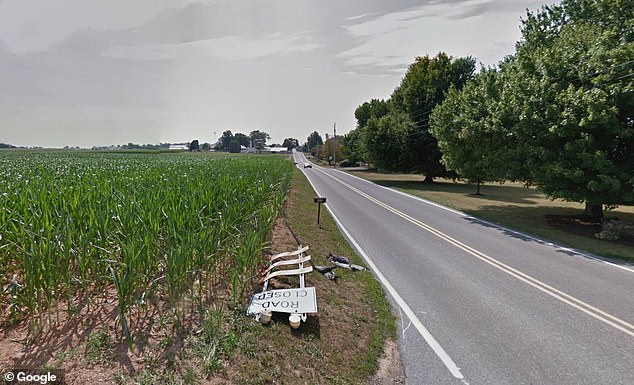 An obituary states how he loved spending time with his teammates, on and off the field, enjoyed hunting, the beach, music, PlayStation and his 1993 Chevy S-10 pickup truck.

‘Normally, you’d never see one without the other,’ Smith’s mother Bernice McKenzie recalled to the Voice.

She said the duo were like a ‘comedy show.’

‘They were really funny. They were always goofing around and having fun.’

Students at their school also shared loving memories of the pair.

‘They’re hysterical,’ freshman Patience Conner said of them. ‘They could make anyone laugh.’ 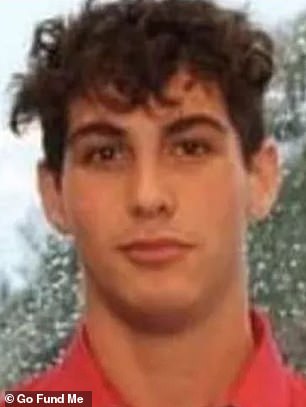 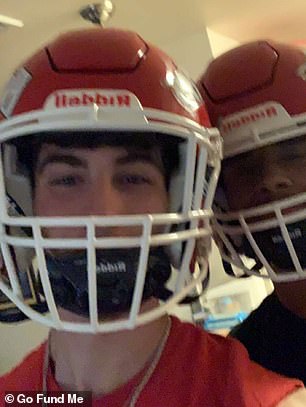 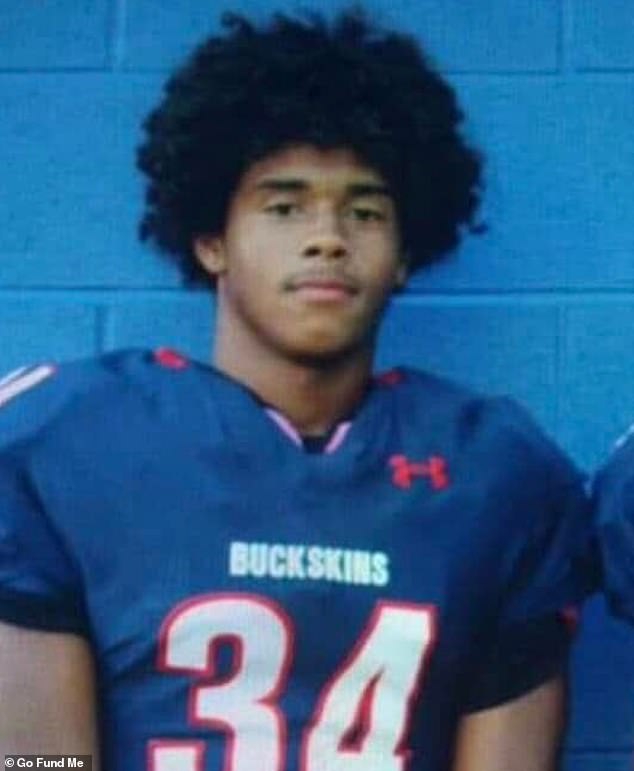 Smith loved spending time with his teammates, on and off the field, enjoyed hunting, the beach, music, PlayStation and his 1993 Chevy S-10 pickup truck a obituary stated

Conner said Smith and Zook ‘couldn’t do one thing without the other.’

‘Tyreese was always good at advice – anything you needed, he was there,’ Conner said. ‘You could ask him anything, whether he was down or not, and he would help you no matter what.’

‘Tyreese was very funny,’ Lancaster County Academy sophomore Karyssa Rosa said. ‘He was a really good people person. He liked to talk to everyone and he was always there for everybody. And he was just a good person all around. He was always trying to help other people.’

A memorial has since been set up at the side of the road where the tragic accident occurred.

‘I have my moments where all I can do is laugh about something that he might have said or done, and there are moments I can’t even speak,’ McKenzie said. ‘It’s up and down and up and down. I thought that each day it would get easier. Actually, it just gets a little bit harder.

‘I wanted to thank the police for finally sitting down and being so straightforward and forthcoming and giving me the information that they can give me,’ McKenzie said.

‘I know that there’s still a lot of unanswered questions but I was able to get some answers and I was just super appreciative of that fact that they did give me information and how much they made me feel supported.’

Local Superintendent Dave Zuilkoski wrote in a statement that mental health counselors were available at the school for those who knew the teens.

‘My understanding is their deaths occurred under different circumstances, several hours apart,’ Conestoga Valley athletic director Dina Henry said. ‘It’s been very confusing, trying to make sense of this. The grief, the sense of dread, when two young kids are gone. It’s so sad. It’s hard to even wrap your head around it.

GoFundMe fundraisers for funeral costs have been set up for both Zook and Smith have generated more than $36,000 in total.

Elon Musk suggests turning Twitter HQ into homeless shelter – ‘no one turns up...