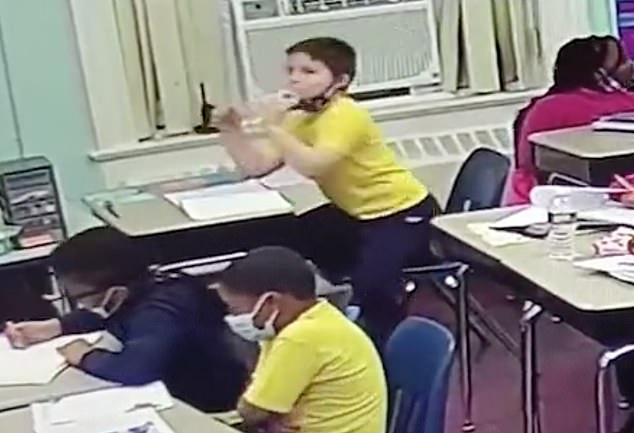 Dramatic footage has been released of a New Jersey teacher who managed to save a student from choking after he accidentally swallowed a plastic bottle top while in his classroom during a math lesson.

Robert, nine, was about to take a sip of water but instead of taking the top off with his hands, he tried to use his mouth, but it all went horribly wrong.

‘I started it with my teeth and then I was squeezing it a little and then the water pushed the cap to my throat,’ Robert said to WABC.

Robert, nine, was attempting to open a plastic bottle using his teeth to take off the top 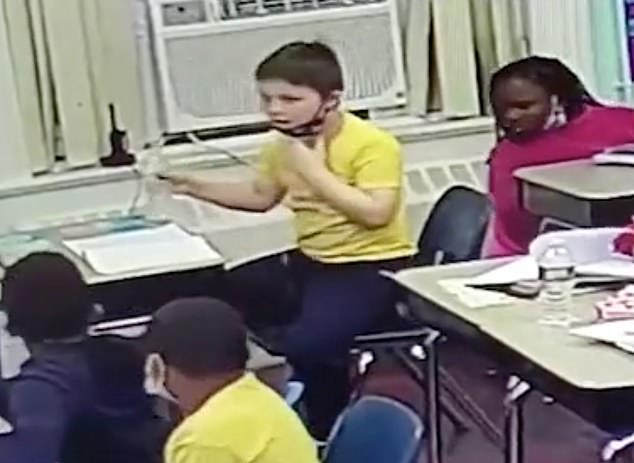 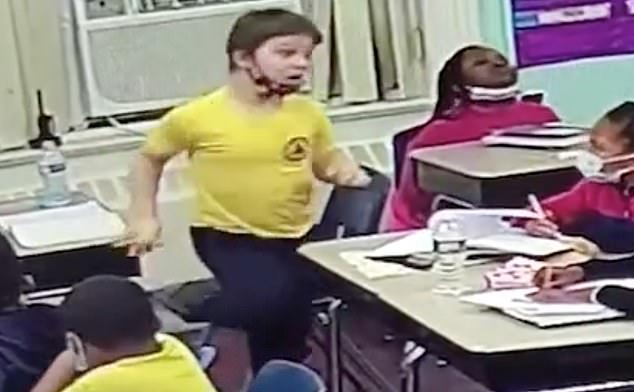 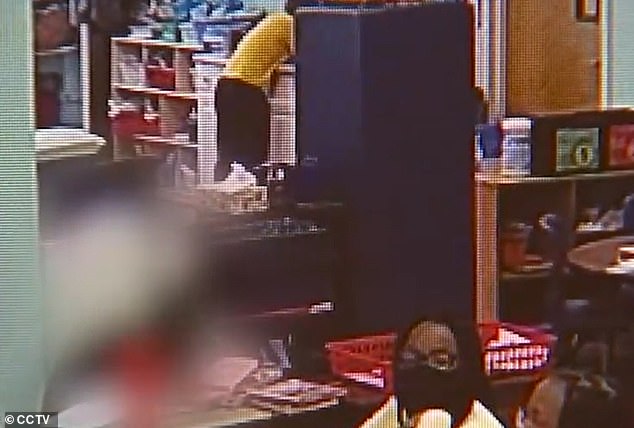 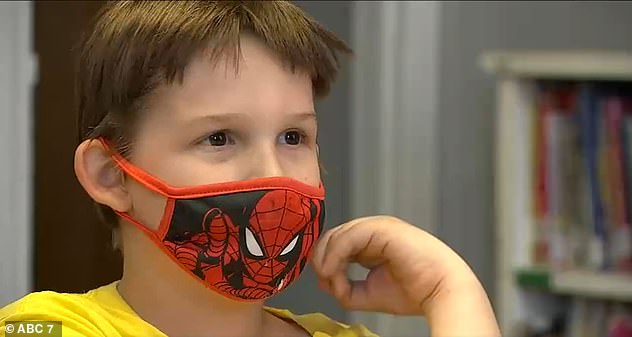 ‘I was going to the sink trying to cough it out and I couldn’t so I ran very quickly to Ms. Jenkins,’ Robert said during a television interview

Robert, a third-grader, immediately began choking on the item and was unable to cough it back up.

The youngster got up and ran towards the sink at the rear of the classroom to try and bring it back up, but it was no good.

‘I was going to the sink trying to cough it out and I couldn’t so I ran very quickly to Ms. Jenkins,’ Robert said.

Surveillance footage from the classroom sees Robert rushing towards his teacher’s desk clutching his throat. 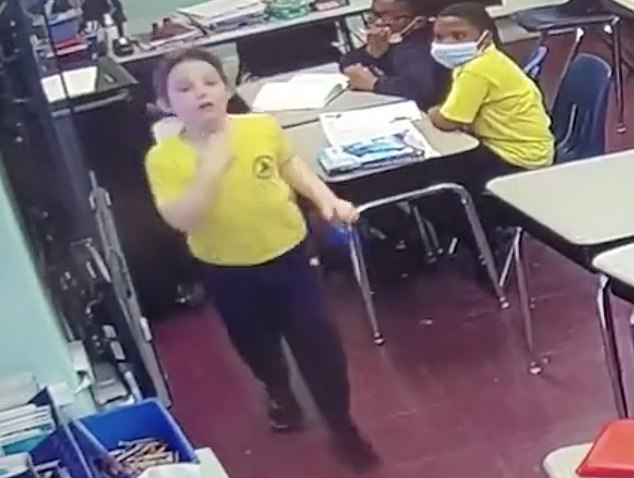 Surveillance footage from the classroom sees Robert rushing towards his teacher’s desk clutching his throat. 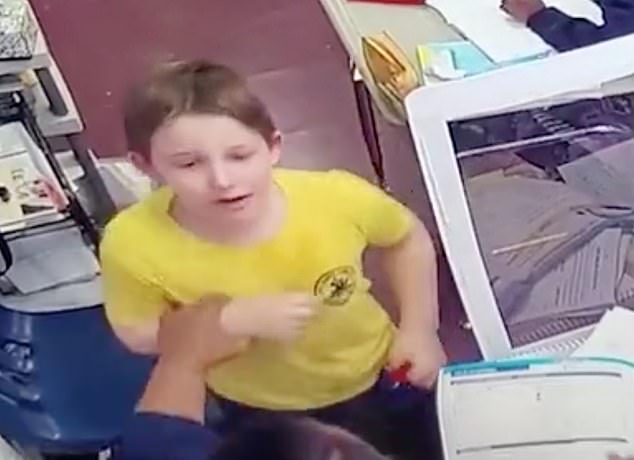 ‘He was pointing to his neck and he’s all flustered,’ third-grade teacher JaNeice Jenkins said. ‘He can’t talk so then I just turn him around I perform the Heimlich maneuver and here we are.

‘I didn’t really think, I just acted,’ she told NJ.com. ‘I saw he needed help and I just sprung into action to help him. He couldn’t breathe, his face was pretty pale and he had a look of desperation on his face.’

Jenkins, who has taught at the school for five years was trained in CPR and basic first aid when she was a preschool teacher and recently took a refresher course.

‘He ran to me and couldn’t talk so he was pointing to his throat,’ Jenkins said. ‘Then I just went to deliver the Heimlich maneuver and luckily it popped out and he was OK.’

Robert’s classmates looked completely stunned as they watched the drama unfold in front of them.

Once Jenkins has managed to remove the plastic tap from his throat, a wave of relief could bee seen to sweep through the classroom. 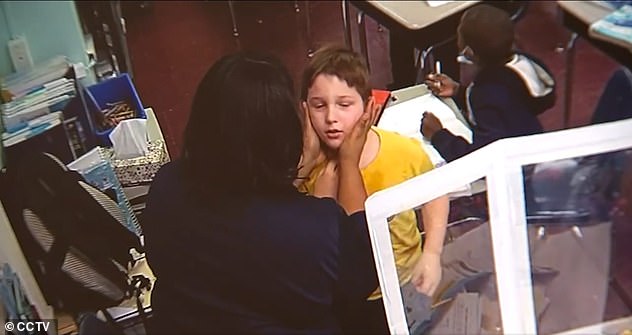 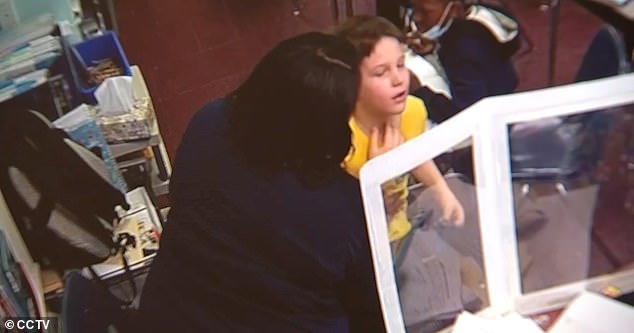 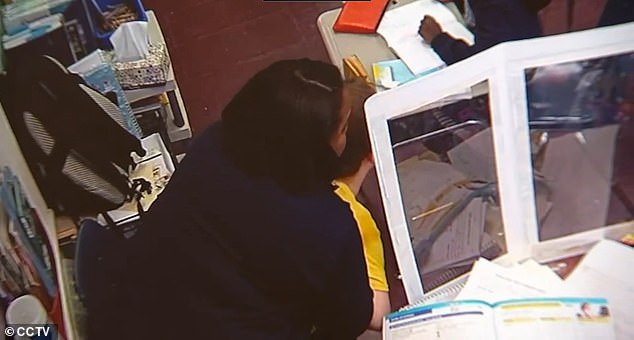 ‘Once he was safe, I got him to the nurse and I felt 100% better,’ Jenkins said. ‘Then my emotions got the best of me in hindsight thinking of what could’ve happened. Thank God, I was able to do what I did. This is the first time I ever did the Heimlich maneuver for real. I’m glad it worked.’

Principal of the school, Tracey Watkins, was also extremely grateful.

‘This situation could have had a tragic outcome,’ Watkins said. ‘As a school community, we are so grateful to and proud of Ms. Jenkins. Instead of freezing and panicking, she recalled what she learned in CPR training and used those skills to save a life.’ 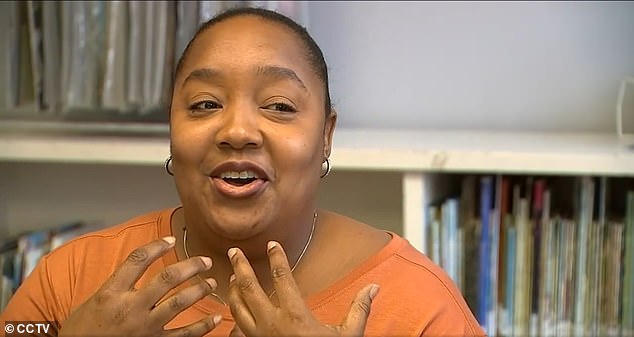 ‘He was pointing to his neck and he’s all flustered,’ third-grade teacher Janiece Jenkins said. ‘He can’t talk so then I just turn him around I perform the Heimlich maneuver and here we are.’ 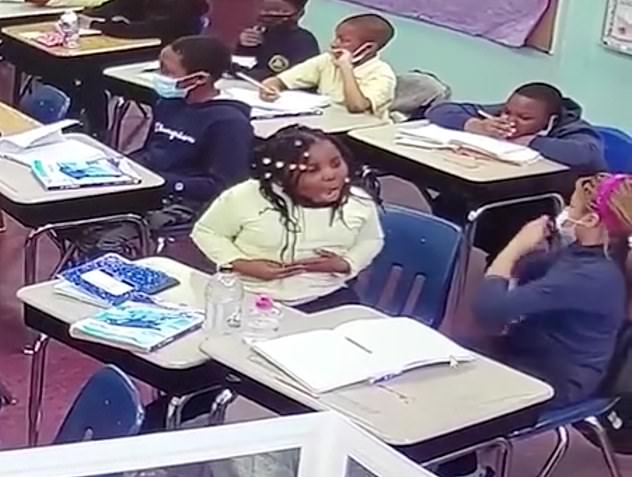