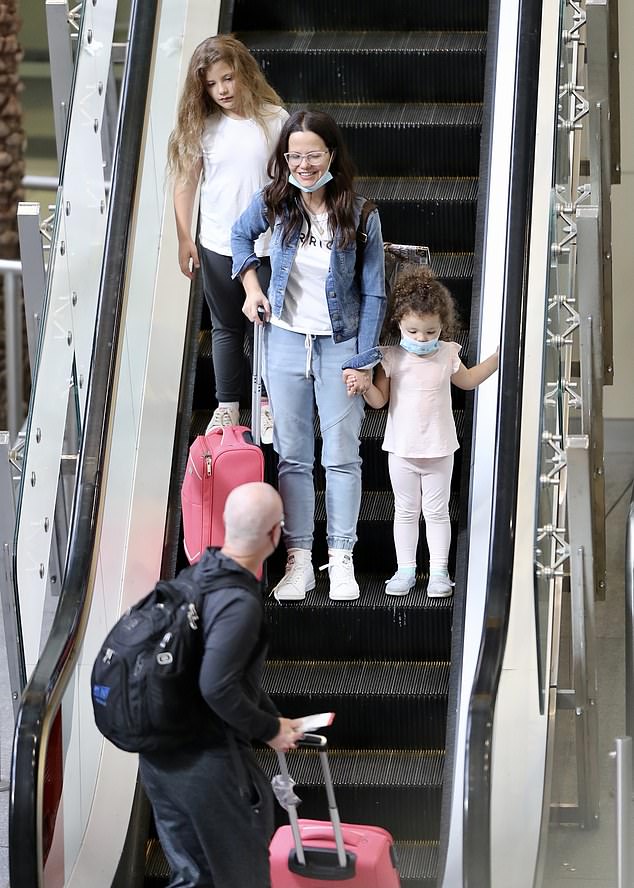 She has spent most of the past year in Australia, but Tammin Sursok is now heading home to the United States.

The South African-born actress, 38, was seen with her daughters Phoenix, eight, and Lennon, three, at Brisbane Airport on Wednesday ahead of a flight to Los Angeles.

Tammin, who recently filmed a guest role on soon-to-be-axed soap Neighbours, wore a double-denim ensemble for the flight.

Heading home: Tammin Sursok, 38, was seen with her daughters Phoenix, eight, and Lennon, three, at Brisbane Airport on Wednesday ahead of a flight to Los Angeles

The Pretty Little Liars star, who was not joined by her husband Sean McEwen, teamed a denim jacket with jeans, a white T-shirt and sneakers.

She added a touch of designer in the form of a brown Louis Vuitton backpack, and accessorised with a pair of chic reading glasses. 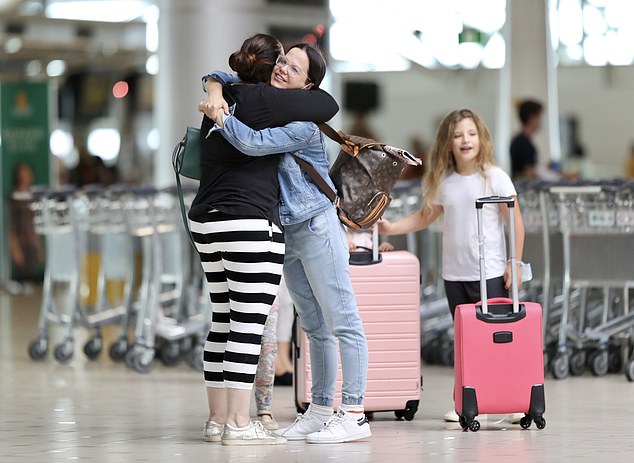 Farewell: The soap star embraced a female friend as she made her way through the terminal 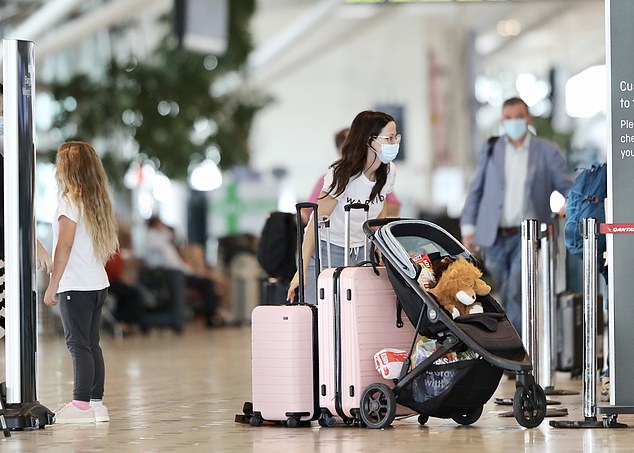 Laid-back style: The Pretty Little Liars star, who was not joined by her husband Sean McEwen, teamed a denim jacket with jeans, a white T-shirt and sneakers

She looked cheerful as she wheeled a number of pink suitcases through the terminal and kept an eye on her daughters.

The former Home and Away star was also seen hugging a female friend.

It comes after Tammin spoke to Stellar magazine last month about what it was like filming a guest role for Neighbours before it was axed. 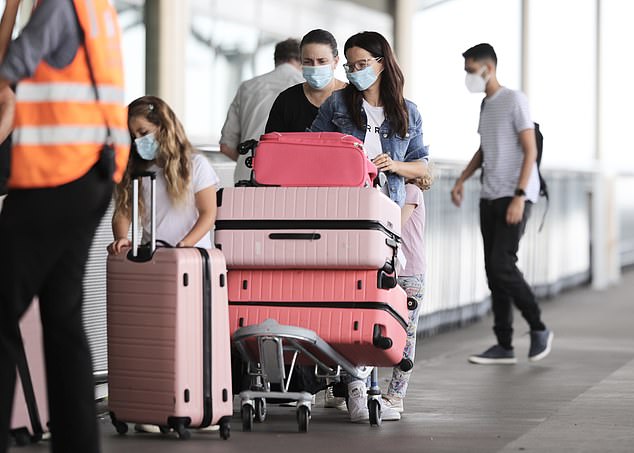 Big trip? Tammin, who has spent most of the past year in Australia, had several large suitcases

‘I needed to go back to a soap and see it through a different lens – as someone who’s much older – and make peace with that whole time,’ she explained.

‘Our children will never know of Neighbours except through reruns! Neighbours will always be a special part of who we were… but I guess it all just moves on’.

Tammin also spoke last month about the vibe on set, as her guest role coincided with news the series was about to be cancelled. 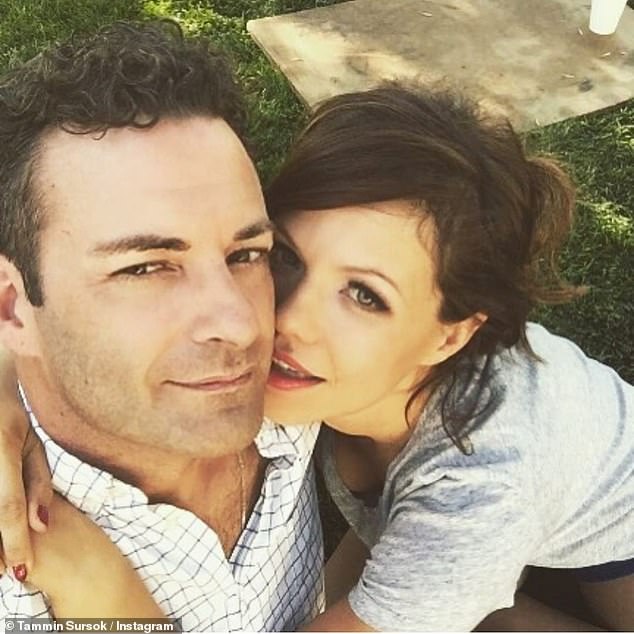 Husband and wife: Tammin shares Phoenix and Lennon with her film producer husband Sean McEwen (left). They tied the knot in 2011

‘They were just so professional and it was just really nice to be on that show when it was going through such a transition,’ she continued.

Network 10 and production company Fremantle confirmed Neighbours was to be cancelled last month. The last episode will be filmed in June. 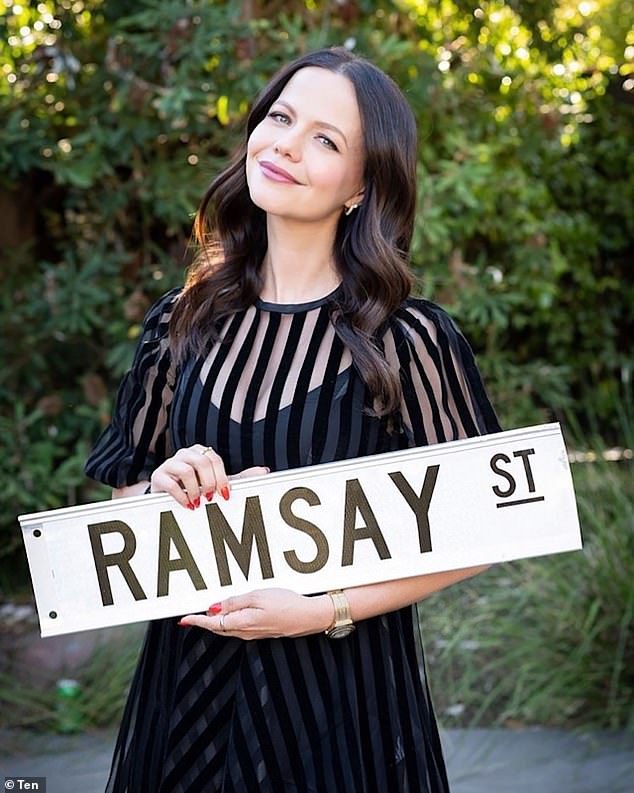 Back on Ramsay Street: Tammin recently filmed a guest role on Neighbours

Biden boasts that he ‘lived in Pennsylvania longer than Oz’ at rally with Obama...

Homing in on housebuilders could prove fruitful for your portfolio

Kian Egan and Jodi Albert pack on the PDA as they enjoy boozy Easter...

Vietnamese man, 24, needed to get a 2cm-thick steel nut DRILLED off his ‘strangled’...