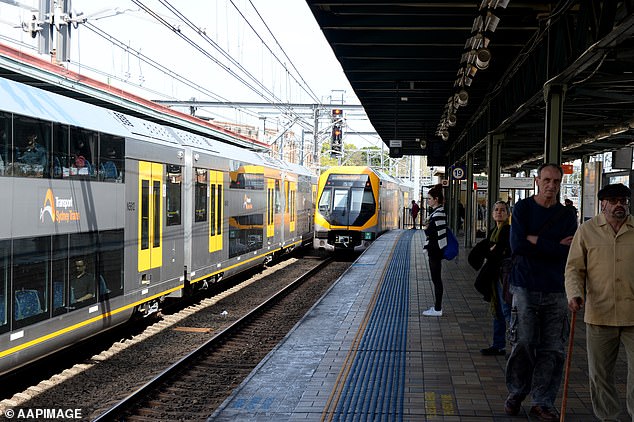 NSW commuters are being warned of widespread delays as train drivers take industrial action, while the state’s nurses are set to stop work over staffing.

Train drivers will begin four days of action on Tuesday by limiting trains to a maximum of 60km/h.

Meanwhile, hundreds of workers from 80 hospitals are expected to take part in a mass meeting in central Sydney on Tuesday afternoon.

Transport for NSW says commuters can expect significant disruption to rail services as delays and cancellations increase during the week.

Meanwhile two multi-vehicle accidents on the city’s busy M4 has caused severe delays in both directions – with motorists told to avoid the highway near Merrylands and Blacktown if possible. 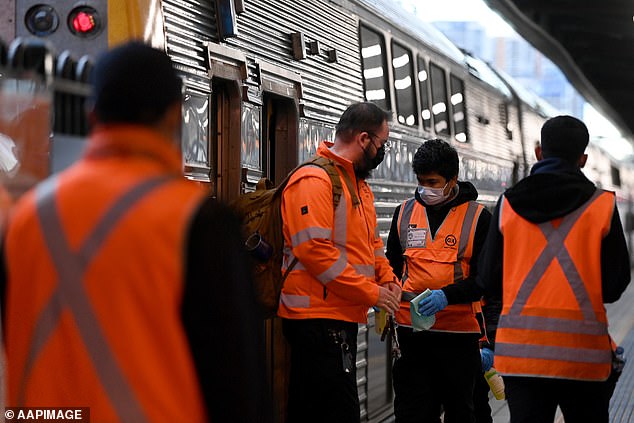 Suburban trains are expected to run on an amended timetable, with regular services cut by half during the peak period

On Tuesday morning a truck and car crash near Burnett Street in Merrylands has ground the M4 to a standstill.

The cars have been moved to the breakdown lane but traffic is moving extremely slowly.

Suburban trains are expected to run on an amended timetable, with regular services cut by half during the peak period.

Alternative travel arrangements will be made where possible.

Nurses will walk off the job for various hours in defiance of the Industrial Relations Commission. 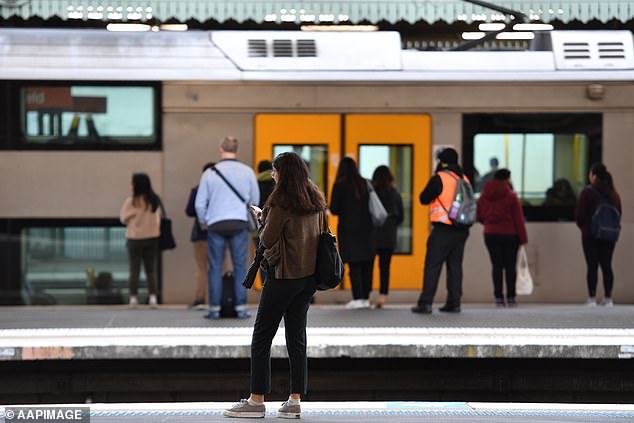 The action by The Rail, Tram and Bus Union will escalate until Friday when drivers refuse to drive foreign-built trains, reducing the capacity of the fleet to just 30 per cent

‘There’s widespread dissatisfaction amongst our members over the NSW government’s refusal to even consider safe staffing ratios,’ she said.

‘The government is continuing to ignore the pleas of highly skilled clinical professionals who remain extremely worried about the delivery of safe patient care now and into the future,’ she said.

The action by The Rail, Tram and Bus Union will escalate until Friday when drivers refuse to drive foreign-built trains, reducing the capacity of the fleet to just 30 per cent.

The action is driven by safety concerns over new Korean-built trains, which the union maintains need to be modified to keep passengers safe.

On Thursday public and Catholic schoolteachers will strike for 24 hours over pay, with the unions saying teachers are grappling with unsustainable workloads and worsening staff shortages.

The government wants to impose maximum fines of up to $55,000 for the first day of illegal industrial action and $27,500 for each subsequent day.

The man ‘allergic to food and wine’: American, 36, broke out in rashes and...

Netflix crews for upcoming series of The Crown are seen shooting moments leading up...