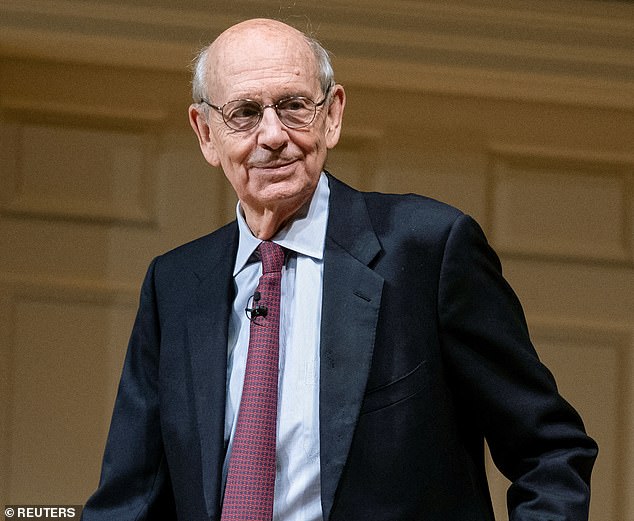 Supreme Court Justice Stephen Breyer tells Biden he will formally retire at noon THURSDAY after final opinions are issued and days after Roe v. Wade was overturned – clearing the way for Ketanji Brown Jackson to be sworn in

Thursday will mark the final day on the Supreme Court bench for 83-year-old Justice Stephen Breyer, clearing the way for future Justice Ketanji Brown Jackson to be the first black woman on the high court.

Tomorrow will also be the last day for the judicial body’s most politically-charged docket in modern history.

In the last week the Supreme Court undid five decades of precedent and dramatically altered the reality of women’s reproductive health when it repealed federal abortion protections granted in Roe v. Wade and its sister case Planned Parenthood v. Casey.

Before that, it dramatically expanded gun rights in a case that overruled New York state’s longstanding requirement to show reasonable cause before obtaining a concealed carry firearms permit.

Breyer’s retirement officially goes into effect at 12 p.m. on June 30, the court’s final day of handing down opinions, he said in a letter to President Joe Biden on Wednesday.

Next term, his old seat will be filled by Biden appointee Jackson, who was confirmed largely along party lines in a 53-47 Senate vote this past April.

‘I understand that she is prepared to take the prescribed oaths to begin her service as the 116th member of this Court,’ Breyer wrote in his letter to the president. 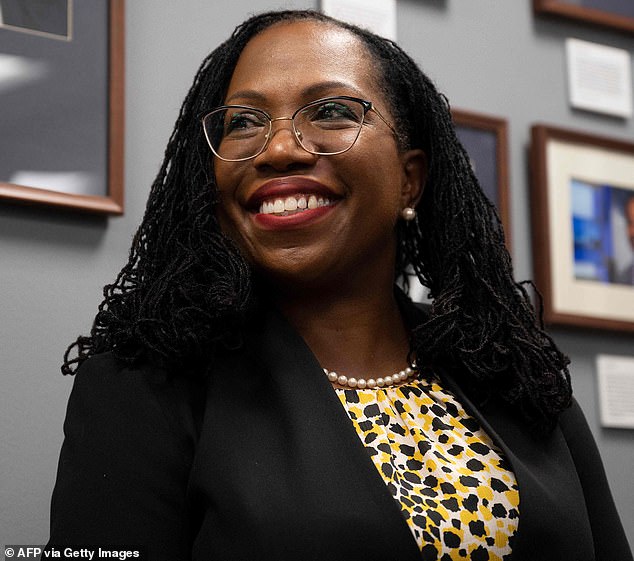 His retirement paves the way for incoming Justice Ketanji Brown Jackson, who will be the first black female jurist on the high court

‘The Court has announced that tomorrow, beginning at 10 a.m., it will hand down all remaining opinions ready during this Term. Accordingly, my retirement from active services…will be effective on Thursday, June 30, 2022, at noon.’

He added in closing, ‘It has been my great honor to participate as a judge in the effort to maintain our Constitution and the Rule of Law.’

Breyer is one of the Supreme Court’s three liberals and is the oldest currently-serving justice.

The veteran jurist was reportedly left ‘blindsided’ when news of his retirement leaked in January, before he could reveal it himself. He delivered remarks from the White House formally announcing his retirement shortly after.

Breyer had faced a growing public and private pressure campaign to step down from his lifetime appointment, with Democrats fearing a repeat of late Justice Ruth Bader Ginsburg’s death allowing Donald Trump and Senate Republicans to speed through Amy Coney Barrett’s confirmation just weeks before the 2020 presidential election.

But Jackson’s appointment, while historic, will do little to alter the makeup of the judicial body’s conservative supermajority – three of whom were appointed by Trump.

Already, the new makeup of the court is being felt by millions of Americans.

The court’s repealing of Roe v. Wade on Friday has already led to more than a dozen states passing or enacting bans on abortion.

And in another case decided earlier this month, the court significantly undercut the rights of people arrested or detained by law enforcement by ruling that police were not Constitutionally-bound to tell suspects that they have the right to remain silent. 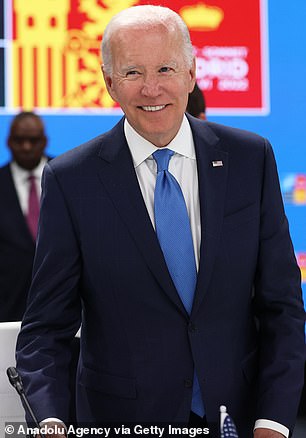 The Supreme Court announced on Wednesday that its final two decisions for the term will be handed down the following day.

One case could present a seismic shift for the US immigration system as justices decide whether or not to keep in place a Trump administration-era immigration policy known as ‘Remain In Mexico.’

The 2019 measure by the Homeland Security Department allows border officers to send non-Mexican asylum-seekers to Mexico to await their immigration proceedings.

The policy has raised a humanitarian outcry over the squalid conditions of migrant camps on the south side of the border, where reports of rape and other crimes are rampant.

Lower courts have so far blocked Biden from reversing the rule.

The second case will dictate whether the Environmental Protection Agency is allowed to regulate carbon emissions from existing power plants.

Environmentalists are concerned that the conservative Supreme Court majority could limit the EPA’s power at a significant time in the fight against climate change.

That case could also have dramatic implications on the ability of regulatory agencies to enforce their rules as a whole.

Amanda Holden, 51, flashes her legs in a thigh-split pencil skirt and cropped blazer

Queen ‘gave Harry permission to name his daughter after her thinking she would be...