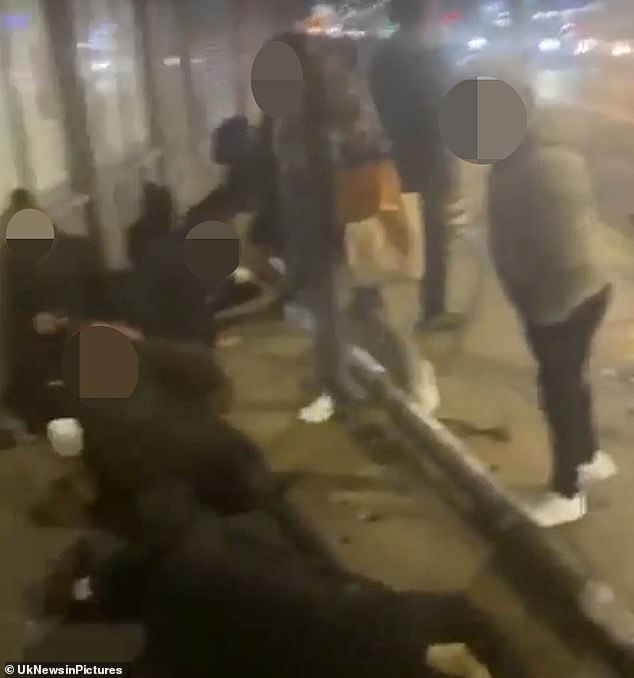 Police are hunting for a driver after a car ploughed into a group of pedestrians in north London, injuring six people.

Emergency services were called at 7.13pm today following reports that a car collided with pedestrians near the junction with Salisbury Road, Harringay.

Officers attended along with the London Ambulance Service and the London Fire Brigade.

CCTV footage showed people lying injured in the immediate aftermath of this evening’s collision in Harringay, north London, as bystanders rush over to help them 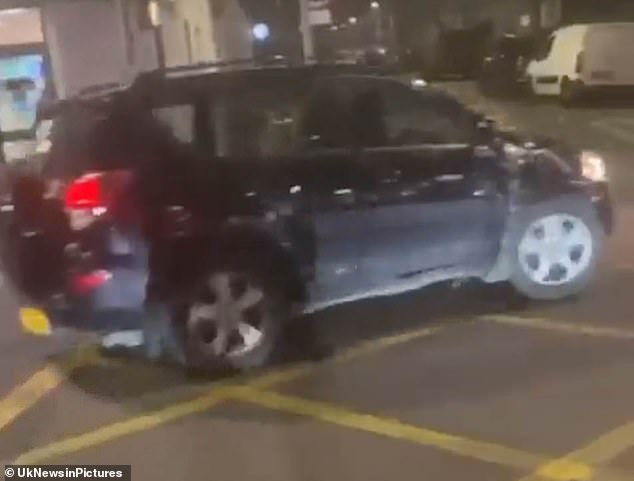 One person kicked the car as it fled, while another shouted: ‘They just ran over all these people!’

Leader of Haringey Council, Cllr Peray Ahmet, wrote on Twitter that she was ‘disgusted’ the motorist drove away from the scene.

A Met spokesman said: ‘The car failed to stop at the scene and officers are working to trace the driver.

‘Emergency services remain at the scene and road closures are in place.

‘The incident is being treated as a road traffic collision. Further enquiries are taking place to establish the circumstances.

‘Anyone with information that could assist the investigation is asked to call 101 quoting CAD 5189/22Jan.’

Prince Harry and Meghan Markle ‘never wanted to be on Buckingham Palace balcony’ at...