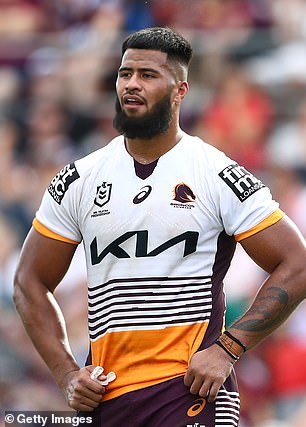 By Dan Cancian For Mailonline

The NRL Integrity Unit has been made aware of an alleged brawl between Brisbane Broncos teammates Payne Haas and Albert Kelly.

NewsCorp outlets reported on Sunday that the Broncos were investigating the incident, which was described as a ‘alcohol-fuelled altercation’.

In the footage of the incident obtained by NewsCorp Haas can be heard calling Kelly a ‘f***ing c***’, before connecting with his teammate with his left fist. 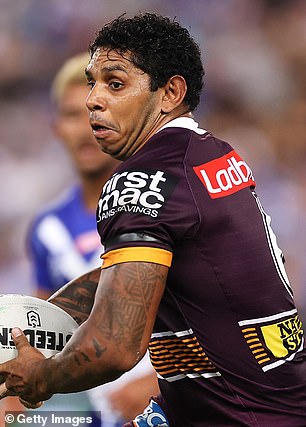 The altercation allegedly stemmed from Kelly stepping on Haas’ foot,  before asking his teammate: ‘Why would I step on your shoes?’

Brisbane have reportedly been made aware of the video and referred the matter to the NRL Integrity Unit.

According to the Courier Mail, the fight occurred after Brisbane beat the Bulldogs 16-10 in Sydney in Round of the NRL season on March 20.

News of the altercation comes at a very delicate moment for the Red Hill club, who have been in dismal form ever since their win against Canterbury. 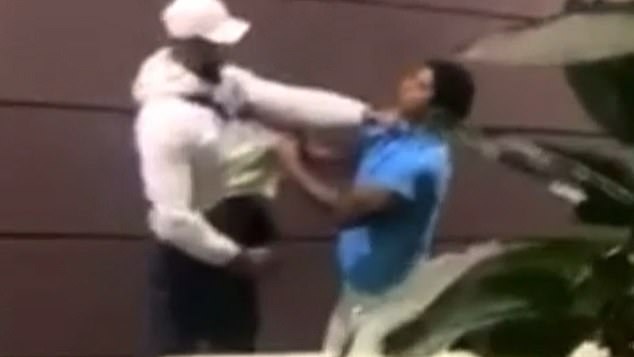 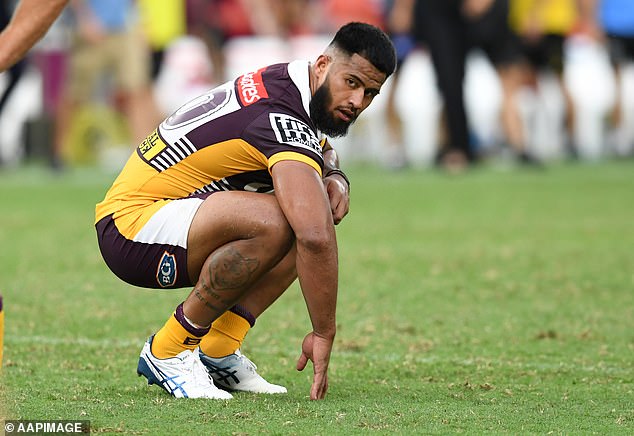 The Broncos were on the receiving end of a 38-12 shellacking by the Cowboys at Suncorp Stadium last week and lost 20-6 to the Warriors on Saturday.

The incident could be very costly for Haas, who has already been suspended twice by the NRL Integrity Unit for his role in drunken off-field incidents.

The New South Wales star was suspended for four games in 2020 and fined $20,000 by the Broncos after he failed to cooperate fully with the NRL Integrity Unit in an investigation regarding an off-field incident involving family members. 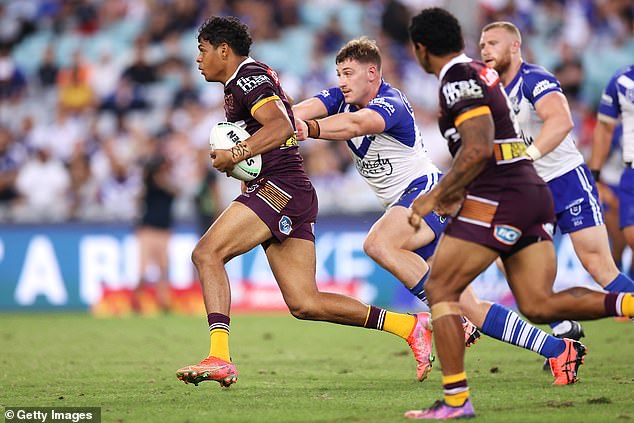 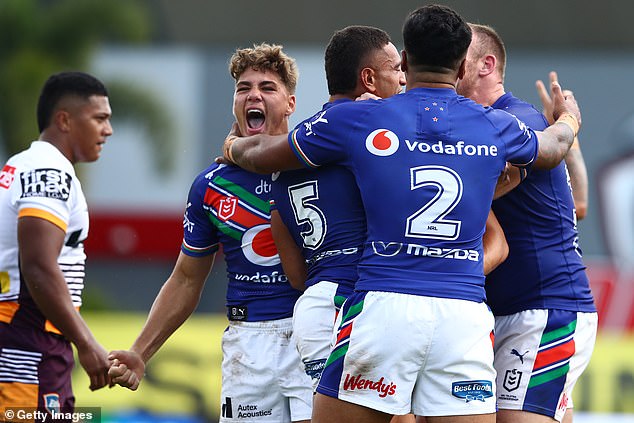 He was was handed a two-year good behaviour bond over the incident, but was fined $50,000 by the NRL and handed a three-match suspension as further punishment for intimidating a police officer.

On Saturday, it emerged the Broncos were willing to make Haas. the first prop in NRL history to earn $1million a season.

According to the Courier Mail, leaked documents have reportedly revealed that the New South Wales and Australia star would be paid $1.05million plus a $25,000 car lease for each of the last three years of the six-year deal.

The alleged brawl between Haas and Payne comes just six months after prop Tom Flegler punched Jordan Riki at a boozy meeting at the end of last season.

Lindsie Chrisley told FBI she was ‘truly afraid’ of her dad Todd, accused him...

I’m A Celebrity 2022 LIVE: Matt Hancock and Mike Tindall gear up to face...

California’s lawmakers consider wealth tax of 1.5% on anyone with a global worth above...