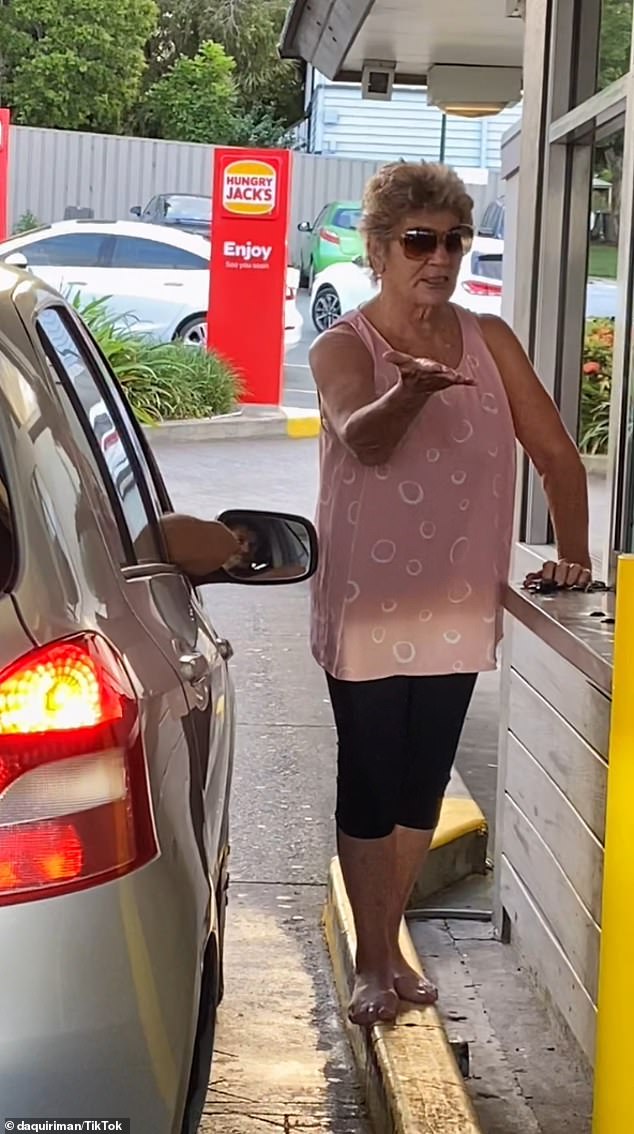 A disgruntled Hungry Jack’s customer has been caught in shocking footage abusing drive-through staff over the quality of her burgers.

The woman was filmed standing barefoot outside her car, leaning on the drive-through window complaining her pork belly burger was apparently too ‘fatty’ with only a little bit of pork hiding ‘underneath the tomato’.

She then said she would have sued the manager if she had her camera, claiming she’d ordered two burgers that were not up to her expectations. 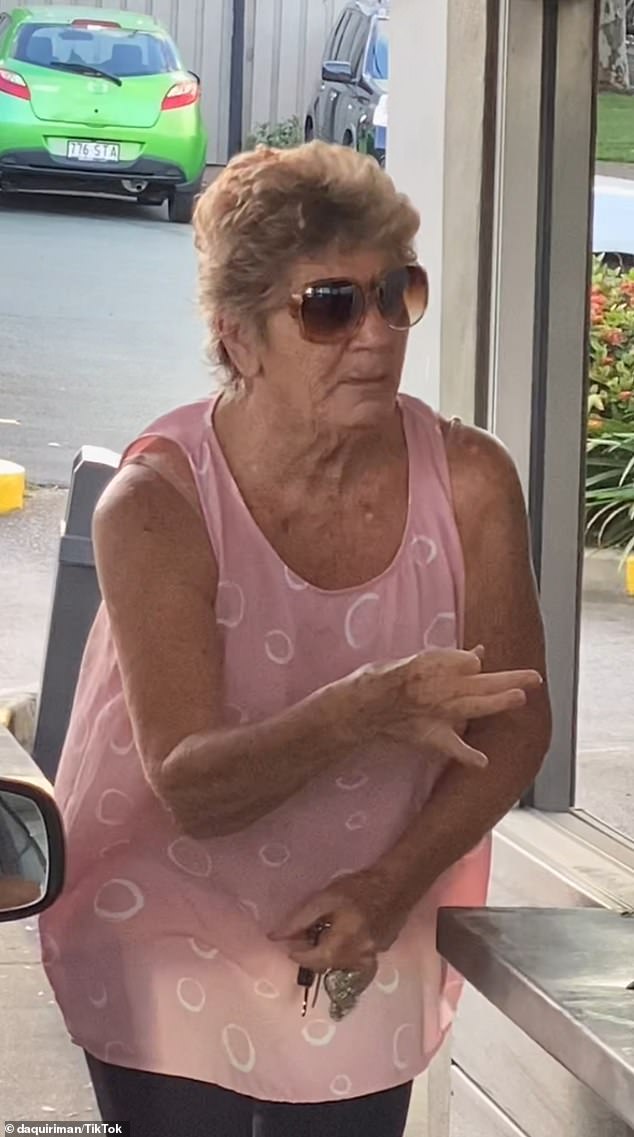 The woman’s biggest beef was that her burger didn’t resemble what it looked like on TV ads and posters.

‘That’s not what a Pork Belly Deluxe looks like on a TV’ she is seen shouting to the staff member.

‘Disgusting is what it was.’

She leaned on the window and told the employee she ‘had another thing coming’ if staff thought she was going to ask nicely for a third burger. 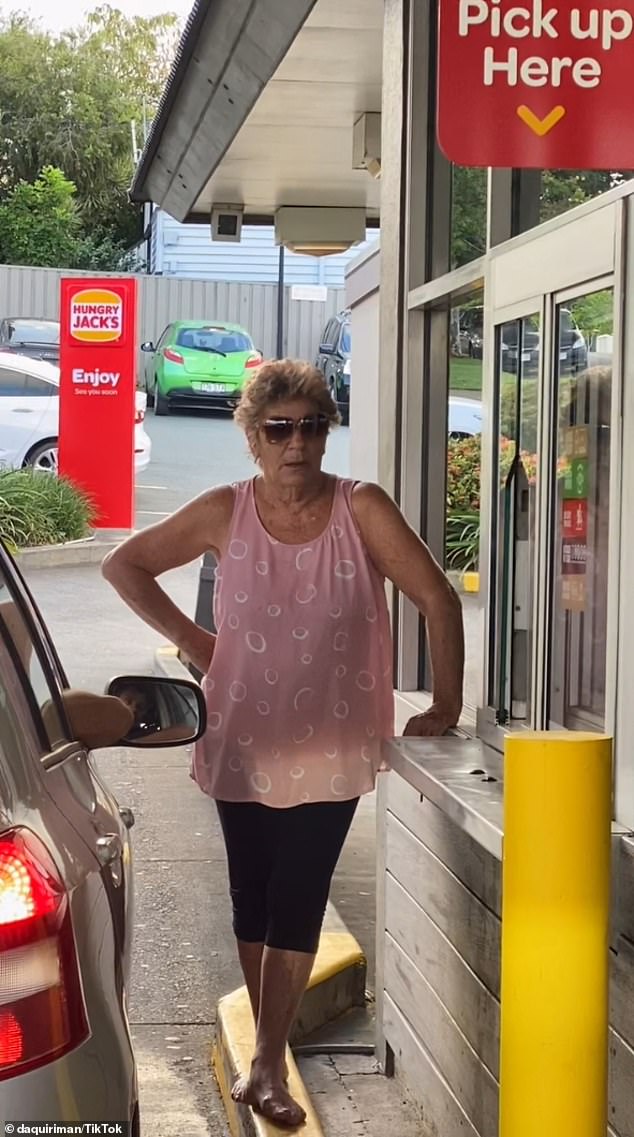 An onlooker suggested that ‘no-one cared’, which only made the cranky customer angrier.

‘I don’t care what you’re saying pal,’ she told him, ‘just for you, I might hold you up a little bit more.’

As she wrapped up her tirade, the woman informed the drive-through manager she was not a ‘swearer’.

‘I’ll speak to anyone how I like, if I had my camera I’d take a picture and I’d sue you for it!’ she said.

‘I haven’t sworn at you yet’, she says leaning back from the window, before saying ‘b***h.’

The manager calmly told the furious woman that she wasn’t going to listen to her, telling her all she had to do was ‘ask nicely’.

Kylie Jenner showcases killer curves in a sheer black gown during the 2022 Baby2Baby...