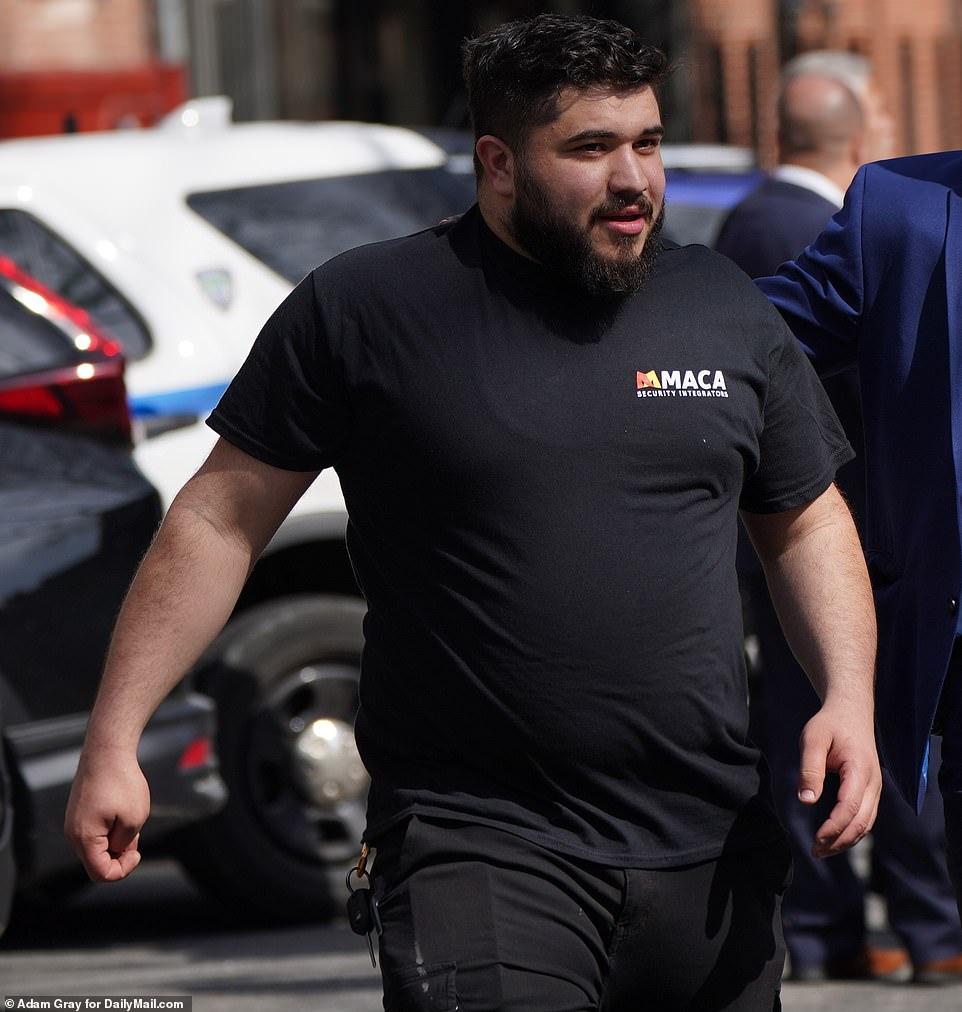 I caught the Brooklyn subway gunman! Security worker, 21, beat the NYPD to spot suspect Frank James at East Village McDonald’s – as New Yorkers praise him as a hero and demand he be given $100k reward

By James Gant For Dailymail.Com

The man who spotted the suspected Brooklyn subway gunman Frank James was celebrated as a hero on Wednesday after beating the NYPD to find the most wanted in the city.

Zack Tahhan, 21, was fixing a camera outside an East Village store when he spotted James in the street. The 62-year-old had just exited a McDonald’s and was walking around casually, a day after allegedly shooting ten people on a northbound N train.

Tahhan, who lives in New Jersey, immediately started jumping up and down and screaming, he said. He yelled out to cops nearby that it was the shooter, and James was arrested.

Speaking to reporters afterwards, Tahhan, who Syrian, said people thought he was ‘crazy’.

On Wednesday, he was lauded as a hero by a crowd who chanted that he should be given $100,000 – double the promised reward for information that would lead to James’ arrest.

He told DailyMail.com that he would not collect the reward because ‘money is not important to him’.

Zack Tahhan, 21, was fixing a camera outside an East Village store when he spotted James in the street. The 62-year-old had just exited a McDonald’s and was walking around casually, a day after shooting ten people on a northbound N train 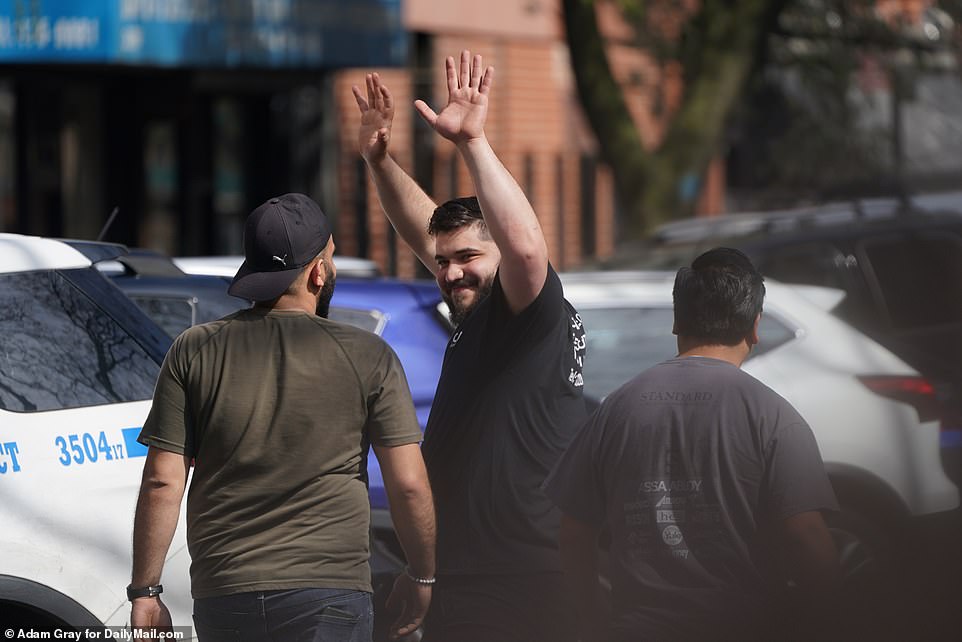 Hero’s reception: Tahhan was lauded by crowds in the East Village on Wednesday 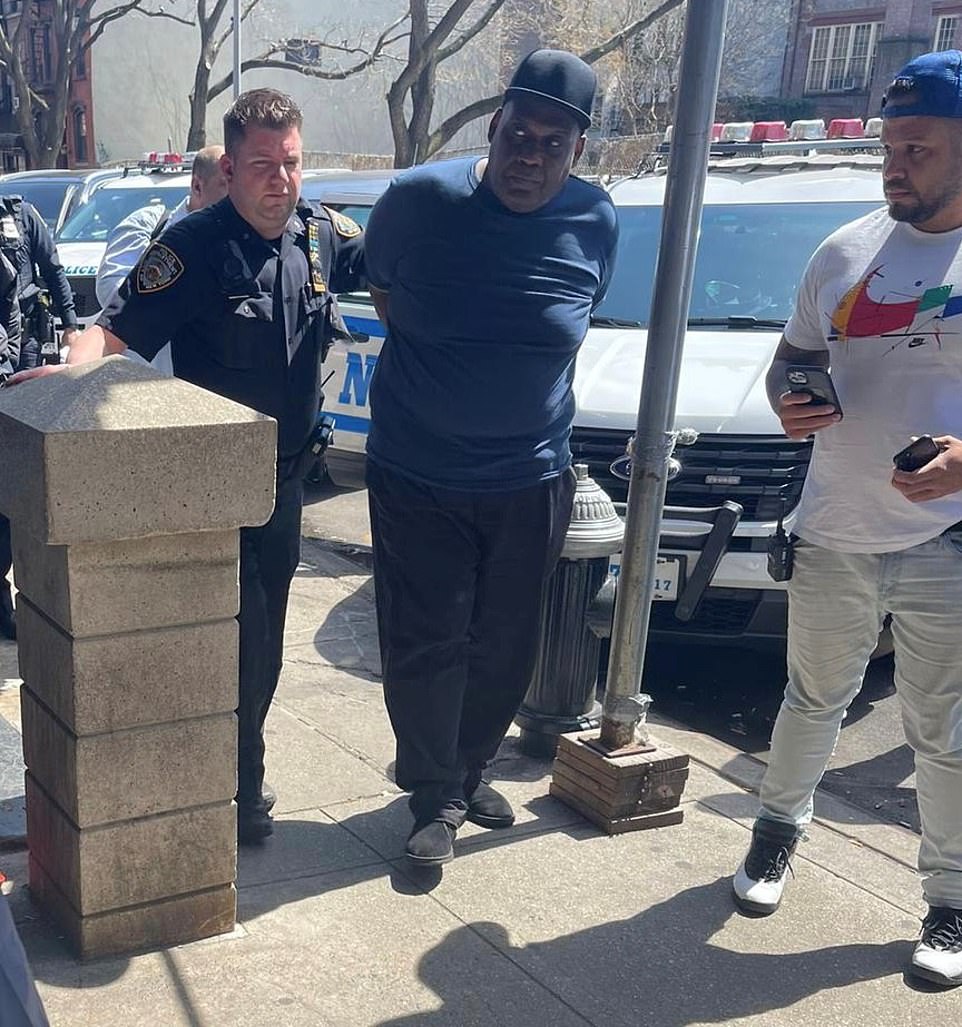 Frank James is shown being taken into custody in the East Village on Wednesday, 30 hours after unleashing terror on the NYC subway

On Wednesday morning, he got on the train again at 9.15am in Park Slope and traveled into Manhattan, right under the noses of the doubled number of cops on trains.

It wasn’t until a member of the public noticed him in a McDonald’s and called police that he was finally arrested at 1.42pm at St Marks Place and First Avenue. Photos taken earlier that were posted on social media show him strolling around in a hat, mask and dark clothing.

James has a long rap sheet with charges in New York and New Jersey dating back to the 1990s for possessing burglary tools, criminal sex acts, criminal tampering, trespassing, larceny and disorderly conduct.

At a press conference on Wednesday, Mayor Eric Adams said: ‘My fellow New Yorkers. We got him. I want to thank every day New Yorkers who called in tips, responded, helped wounded passengers.  Thirty-three shots but less than 30 hours later we’re able to say, we got him.’ 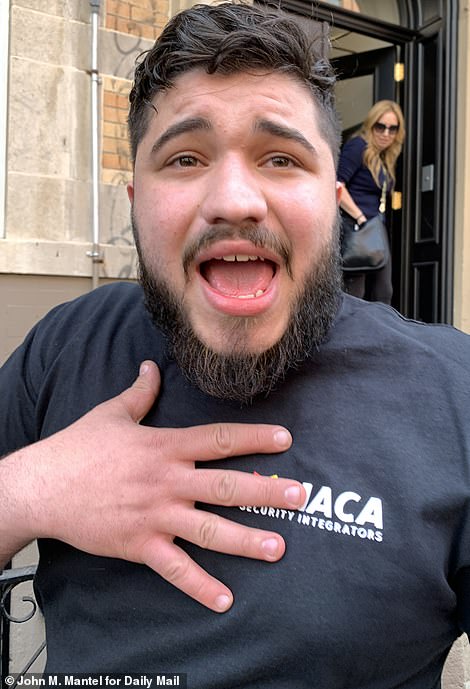 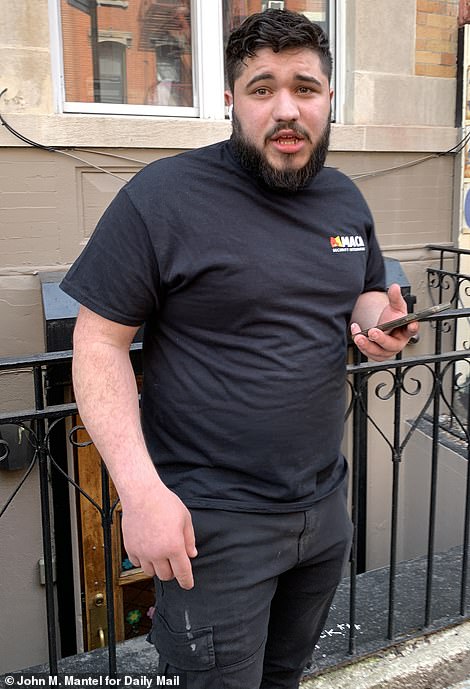 Now that he is in custody, attention will turn to why it took the police so long to find him in a city that is covered in surveillance cameras, and why it took a member of the public to finally bring him down.

Another witness, Deira Figueroa, said Zach chased after the gunman and grabbed him.

She was riding her bike when it all kicked off and only realized what was happening when she heard shouting. She said it was a team effort, but the man was mentally ill, a very weird, strange man.

She said he tried to run away but Zach ran after him and caught him.

She said the tackle was incredible. ‘In New York City, we protect us, nobodies really safe out here. It was like a tackle. The cops took a while to get here, maybe a few minutes.’

World Cup 2022 LIVE: Build-up and updates ahead of Qatar vs Senegal and the...

Short King Spring is here! Men of a smaller stature trend on TikTok and...