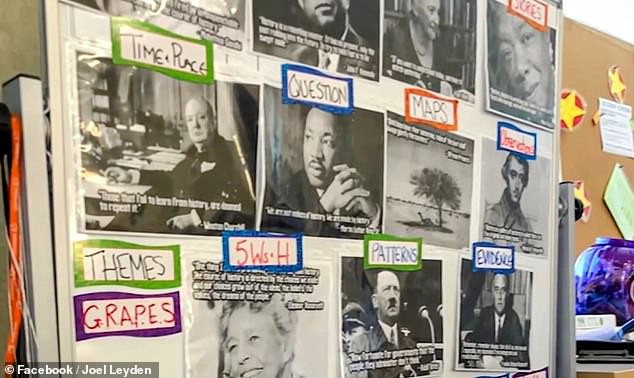 A middle school teacher near San Diego is receiving harsh criticism after erecting a display of beloved world leaders that included Adolf Hitler – before telling a Jewish student that the mass-murderer had ‘strong leadership qualities.’

A photo circulating on social media shows a board Tabitha Barry displayed in her 7th grade classroom at Carmel Valley Middle School featuring images of notable world leaders. That board included Hitler.

A 12-year-old student — who is Jewish — questioned Hitler’s place on the board to which the teacher reportedly responded: ‘Hitler may have done some bad things, but he also had strong leadership qualities.’

Prior to the incident, the student told his father, Dr. Roy David, about the board.

‘We’re sitting at the dinner table and he says to me, ‘Hey dad, my teacher has a picture of Hitler on the wall,” Dr. David told CBS8.

A photo circulating on social media shows a board the teacher shared with her class at Carmel Valley Middle School that features images of notable, positive world leaders – including Hitler

Dr. David couldn’t believe what his son was saying so he asked his son to send him a photo.

‘And there’s Adolf Hitler, a big, portrait-size picture of Hitler. And right next to Hitler is Gandhi and Martin Luther King and JFK,’ he said. ‘And each one of these people has some kind of inspirational quote written underneath them.’

The quote under the photo of Hitler is impossible to read clearly in the snap shared by Dr. David.

Dr. David said he emailed the teacher asking for an explanation along with a request for the photo be taken down, but said he received no response.

‘My son went back the next day and basically asked her why she had this picture of Hitler on the wall and he actually told her, you know, you’re trivializing the Holocaust,’ he said. ‘She tells my son, well, Hitler may have done some bad things but he had leadership qualities.’

The photo of Hitler had been on the classroom wall since the start of the school year the student said and, according to Dr. David, was not part of a history lesson on World War II.

‘My grandparents’ entire families were murdered in the Holocaust,’ he said. ‘They were from Poland, originally, and my grandmother was the sole survivor from our town. Every other man, woman, and child was rounded up and executed.’

Around six million Jewish people were murdered by Hitler’s Nazi goons during the Holocaust, with a total of 11 million feared to have been slaughtered by the evil regime. 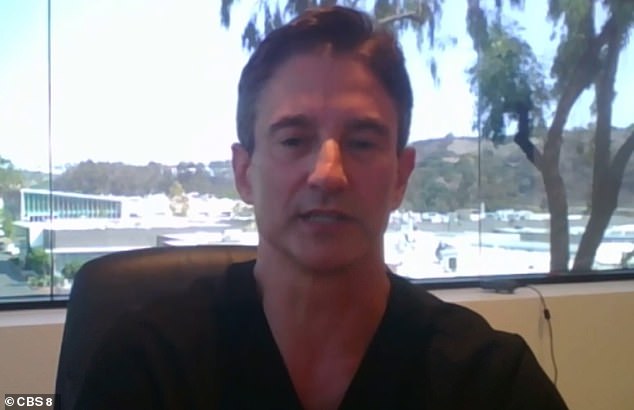 A seventh-grader, who is Jewish, told his father about the photo of Hitler and then later asked the teacher why he was on the board

Rabbi Abraham Cooper, with the Simon Wiesenthal Center, a leading global Jewish human rights organization, said he believes ‘there was a failure in the classroom.’

‘In this case, taking all those important positive figures of history and then putting Hitler right in that mix is wrong,’ Rabbi Cooper told KGTV. ‘The real goal here is not to punish anyone, let’s say educate our educators, and do a better job for our kids here in California.’

The local Jewish human rights organization, which he is part of, issued a public statement about the incident, stating it’s not interested in seeing anyone involved punished, but members do want to see proactive steps taken to ensure it doesn’t happen again.

‘What are we teaching 12-year-olds and how are we teaching them,’ the local rabbi said. ‘But clearly if you look at this incident and the cascade of decisions made something is missing folks.’ 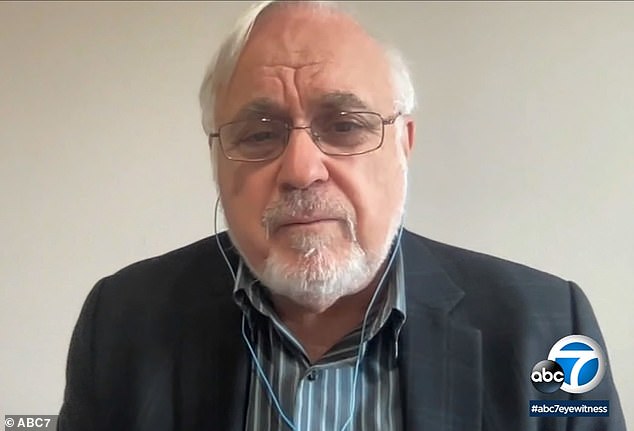 Rabbi Abraham Cooper, of the Simon Wiesenthal Center, a leading global Jewish human rights organization, said he believes ‘there was a failure in the classroom’

Since the incident was brought to light and caused an uproar on social media, the principal of Carmel Valley Middle School has issued an apology. The school district has pledged to organize anti-bias training for faculty and staff.

It is unclear what punishment Barry will face.

Principal Vicki Kim said in an email to parents that teachers never intend to hurt or offend anybody.

‘We have recently experienced one of those times that had a hurtful impact, particularly to our Jewish community, and to others, and for this we are sorry,’ the email stated.

The teacher’s comment about Hitler is the latest in a string of controversial statements made by people linked to the San Dieguito Union High School District.

KGTV reports that other controversial incidents involving those connected to the district include a superintendent who was fired earlier this year for comments she reportedly made about Asian students.

And just last month, a school board member was accused of making transphobic comments after messages he allegedly posted online surfaced.