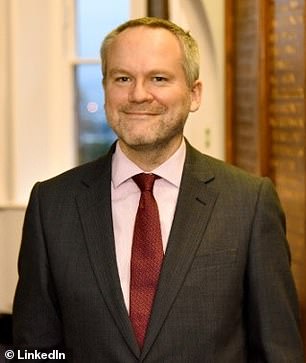 The safeguarding lead at one of the UK’s top independent schools which charges more than £43,000 per year has been suspended after appearing to breach their own safeguarding policies by loudly discussing students’ personal details on a busy London train.

Philip Evans, Director of Safeguarding at Harrow School, held a phone conversation in which students were identified by their first names and sensitive issues concerning them were discussed, MailOnline can reveal.

These included mental health concerns, intimate details of the students’ health and wellbeing, their ability to continue in school and other personal matters.

Philip Evans is the Director of Safeguarding at Harrow School, which charges parents £43,665 per year per child

Mr Evans was openly wearing his Harrow School ID lanyard on the train, which was a South Western Railway service travelling in London.

Harrow School expressed regret ‘that a trusted staff member who holds such a critical role within our school community may have apparently betrayed that trust.’

Mr Evans mentioned the school by name on several occasions during the conversation, which was witnessed by a MailOnline journalist.

He proceeded to disclose confidential details of safeguarding concerns around young students, two of whom he named.

He commented on one student’s mental health while repeatedly referring to them by their first name in the public train carriage, giving exact details as to how the student expressed these feelings.

Mr Evans then audibly questioned whether a pupil should continue to attend Harrow and proceeded to share steps the school and the boy’s parents are taking in relation to the student.

The school’s dealings with the NHS were also discussed, specifically details about students’ contact with local Children and Adolescent Mental Health Services.

The staff member disclosed that one of the students is not on any medications for their mental health and speculated whether they are receiving any therapy, saying: ‘I don’t know if he is receiving any kind of CBT or anything’.

Issues between peers were addressed too – he gave details of conversations between parents and pupils, saying some had banned their children from contact with another pupil.

He even revealed one student’s sexuality.

The phone conversation was held in a busy train carriage with multiple other people in the vicinity. MailOnline’s reporter witnessed the discussion for 10 minutes before leaving the train – but the conversation had not ended at this point. 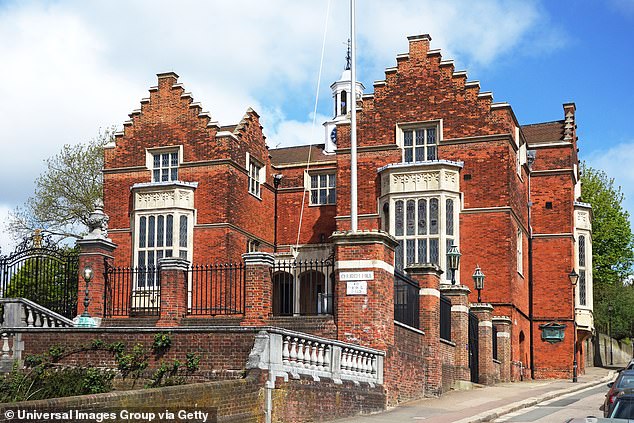 Safeguarding policies are designed to keep children safe and monitor those deemed at risk of harm from any kind of danger such as abuse, mental health issues and harm from peers.

The safeguarding policy set out on Harrow School’s website states it recognises ‘that all matters relating to child protection are sensitive and confidential.’

The policy continues: ‘The Head Master or the DSL [Designated Safeguarding Lead] will share that information on a “need to know, what and when” basis.

‘Concerns about individuals should never be discussed elsewhere, inside or outside the School, unless in confidential meetings for that purpose.

‘Members of staff are expected to manage the requirement to maintain an appropriate level of confidentiality while at the same time liaising with relevant professionals such as the DSL and Children’s Services.’

Government guidance on information sharing when it comes to matters of children’s welfare and safeguarding is set out in its seven ‘Golden Rules’.

This includes the rule on how information sharing should take place, which states this must be ‘necessary, proportionate, relevant, adequate, accurate, timely and secure.’

The rule continues: ‘Ensure that the information you share is necessary for the purpose for which you are sharing it, is shared only with those individuals who need to have it, is accurate and up-to-date, is shared in a timely fashion, and is shared securely.’

The staff member not only named the students concerned but shared identifying details of their care and needs, most of which cannot be published in order to maintain the children’s privacy.

The private information shared during the course of this phone call would have enabled any of the children mentioned to be identified by those who know them.

Government guidance on the role of Designated Safeguarding Lead, which is Mr Evans at Harrow School, adds DSLs should ‘take lead responsibility for safeguarding and child protection.’

This includes in matters of information sharing and confidential record storage.

Philip Evans has worked at Harrow School for more than 21 years, but has only been the Director of Safeguarding, or Designated Safeguarding Lead, for the last 10 months.

Prior to this he was a Deputy Designated Safeguarding Lead, a role he held for three years alongside being the Tutor for Admissions. 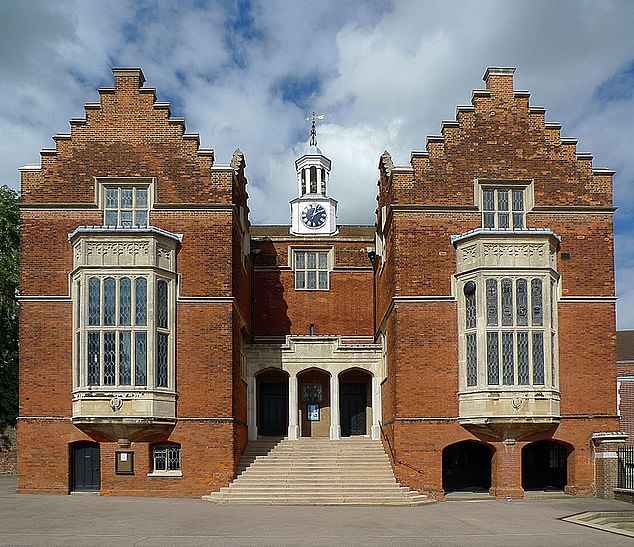 Mr Evans has worked at Harrow School for 21 years, but has now been suspended pending an investigation

He has also been the Governor and Chair of the Safeguarding Committee at Orwell Park School since 2018.

According to his social media Mr Evans is responsible for the welfare of more than 830 boys at Harrow, as well as leading other members of the safeguarding team.

Harrow School is one of the most elite independent schools in the UK and charges parents £14,555 per term.

Harrow School told MailOnline: ‘We are deeply concerned to hear that a trusted staff member who holds such a critical role within our school community may have apparently betrayed that trust.

‘The individual concerned has been suspended with immediate effect as a neutral act and the school has launched an investigation.

‘Our own safeguarding policy clearly states: “Concerns about individuals should never be discussed elsewhere, inside or outside the School, unless in confidential meetings for that purpose”, and we will take steps to ensure that all staff members are reminded of this duty.

‘We are grateful that whoever overheard this conversation came forward, and to MailOnline for respecting the personal and confidential nature of the conversation and for alerting us so that we were able to take swift and decisive action.’

War on the West: DOMINIC MURRAY on the Whistler mural denounced for its ‘white...

Police charge woman, 26, and man, 40, on suspicion of criminal damage after Animal...