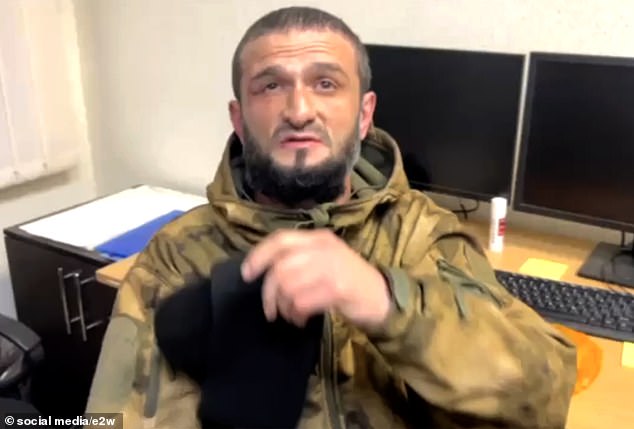 Vadim Tekhov, 33, was sentenced to 16 years in prison last year for the brutal murder of his ex-wife, Regina Gagieva.

But footage of him being detained by police in November 2022 has brought to light reports that he had been released early to fight with a ‘special regiment’ of the Defence Ministry in Ukraine.

Tekhov, a former policeman, confronted the mother of his child in a shop in Vladikavkaz, Russia, over alleged text conversations with other men.

When Ms Gagieva refused to unlock her phone for him, Tekhov stabbed her several times across the neck and upper body.

Gagieva died in hospital, and Tekhov was jailed after it emerged his ex-wife had approached the authorities several times with domestic abuse allegations.

Tekhov detained in Russia in November 2022, less than a year after he was jailed for murder 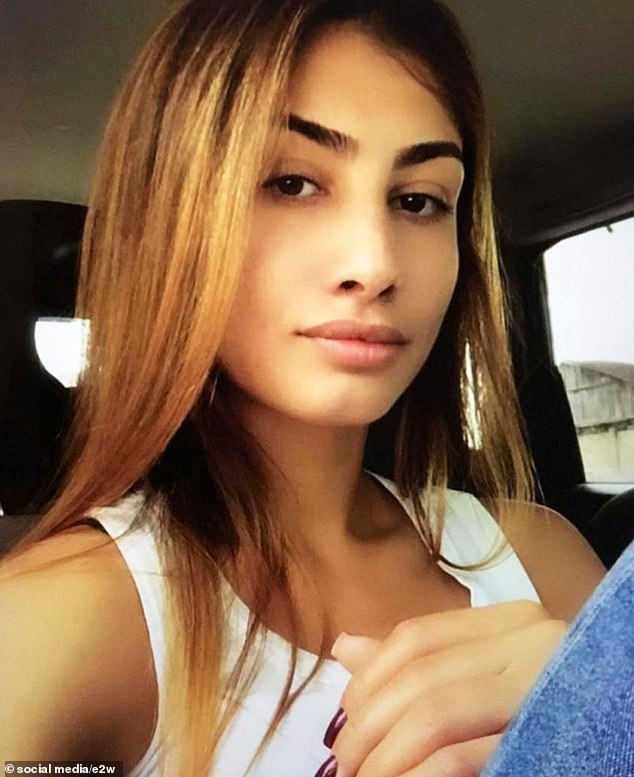 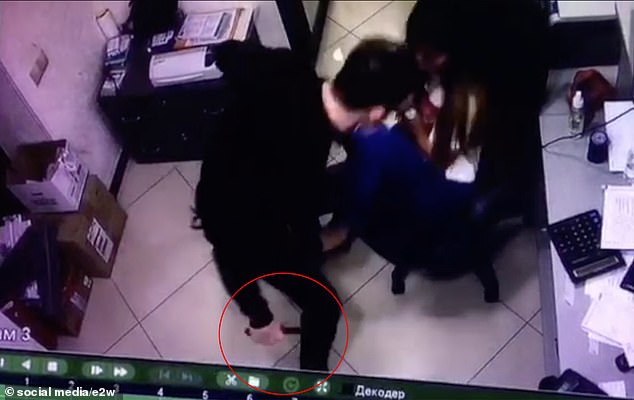 The moment Tekhov, 33, attacked his former wife Regina Gagieva, 22, with a knife

Tekhov’s presence among hundreds of murderers released to bolster the Russian army only came to light because he was re-arrested on suspected drugs offences, amid a claim he intended to supply narcotics to other soldiers.

In a video of his interrogation, Tekhov claims he was detained for drunkenness.

The overall number of inmates now released for the war is reported as high as 35,000. 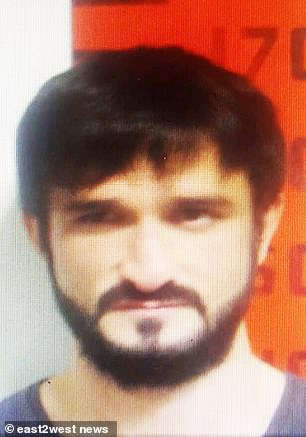 Independent Russian outlet Mediazona reported yesterday that the number of prisoners in Russian correctional colonies had fallen by 23,000 between September and October as Putin looked to recruit new troops to support his war effort.

On 6 November, Putin signed a new law into effect allowing the Russian state to conscript of convicts.

The publication notes the fall in the prison population ‘occurs against the background of the recruitment of prisoners to participate in the war in the detachments of the Wagner PMC, which entirely exist outside the legal field.’

Since July, reports have focused on the alleged conscription of prisoners by the secretive mercenary Wagner Group.

In September, Russian oligarch and Wagner Group chief Yevgeny Prigozhin, 61, was filmed offering a pardon to violent criminals and sex offenders locked up in a Russian prison if they survived fighting in Ukraine for six months.

Russian law does not allow prisoners freedom in exchange for military service.

Prigozhin told prisoners they should take their own lives instead of being captured in Ukraine, holding one grenade for the enemy and one for themselves.

He previously denied a link to Wagner which is known to have already recruited thousands of inmates as Russia deploys its most dangerous prisoners as fighters.

Sources claim that Tekhov and other jailed law enforcement officers including FSB agents (the successor of the KGB) are now being recruited into a regular army regiment, rather than Wagner. 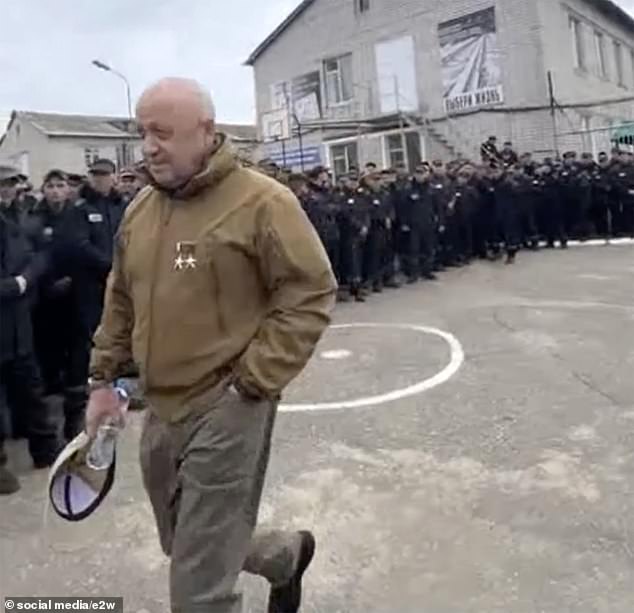 Yevgeny Prigozhin, 61, told the inmates they will be pardoned if they survive six months in the war against Ukraine. They should take their own lives instead of being taken prisoner, he said 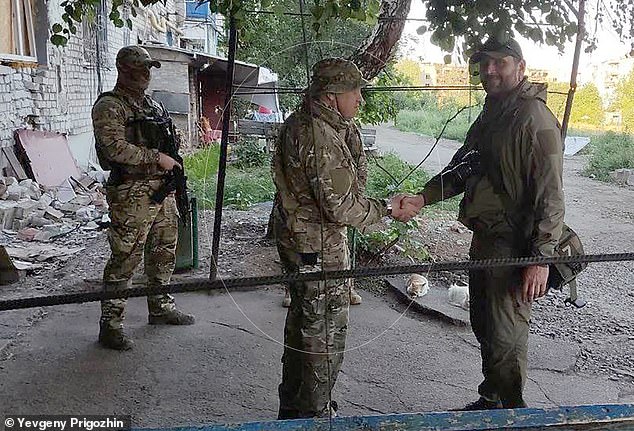 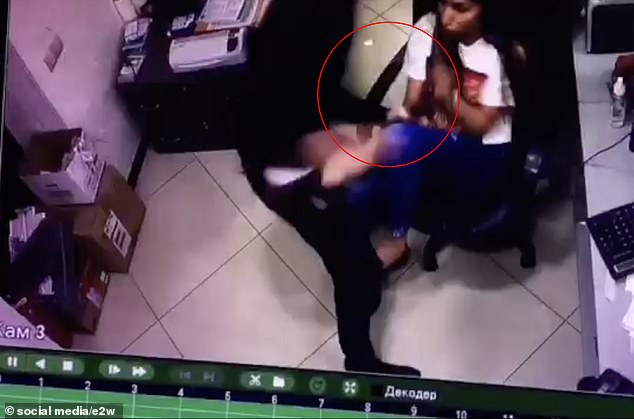 Russia has relied on its large prison population to support previous wars.

Soviet leader Josef Stalin used Penal Battalions (‘Shtrafbats’) made up of all but professional criminals to keep momentum during the 1942 Russian counteroffensive against Nazi Germany.

Hw was Cameron Diaz REALLY persuaded to come out of retirement for a Netflix...