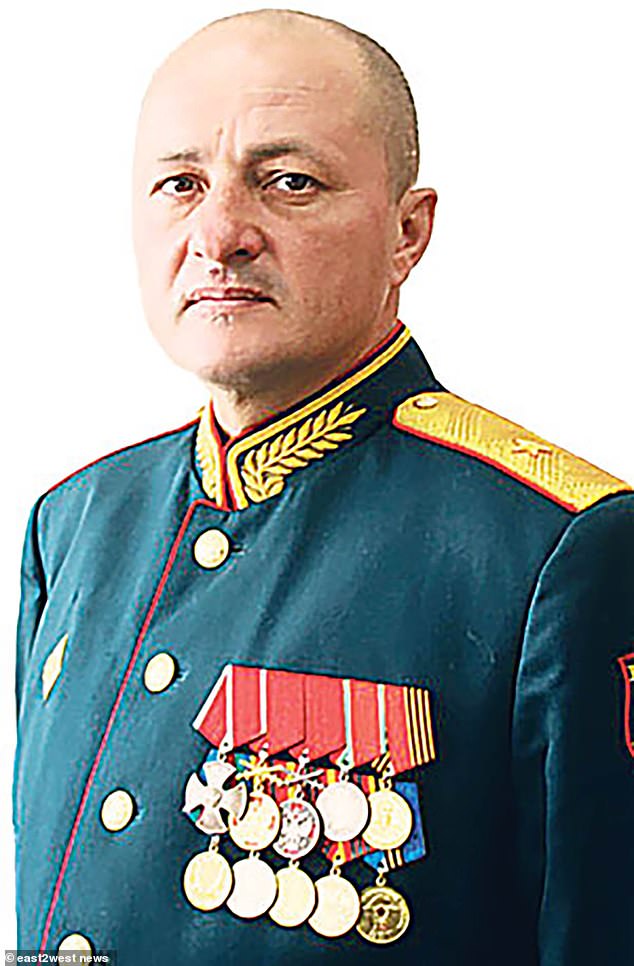 Russia has finally retrieved the body of one of its seven generals slain in Ukraine almost a month after he was killed, reports say.

The corpse of a general believed to be Major-General Oleg Mityaev, 47, commander of the army’s feared 150th motorised rifle division, was recovered from where it had lain for weeks after he was killed in an ambush in Mariupol on March 16.

Russia usually refuses to confirm the deaths of its generals in battle but Ukraine’s defence ministry has claimed seven killed in action, the first being Major General Magomed Tushayev, killed two days into the invasion at Hostomel on February 26.

The most recent death is claimed to be that of Lt Gen Yakov Rezantsev, commander of Russia’s 49th combined army, killed in a strike near the southern city of Kherson on March 25.

The pro-Moscow Wargonzo Telegram channel reported that Ukrainian marines from the 36th brigade of the Ukrainian armed forces cooperated in an operation ‘to evacuate the body of our high-ranking officer from the Illich factory in Mariupol’, without naming the general but giving his rank. 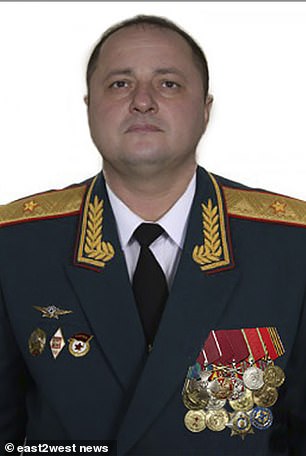 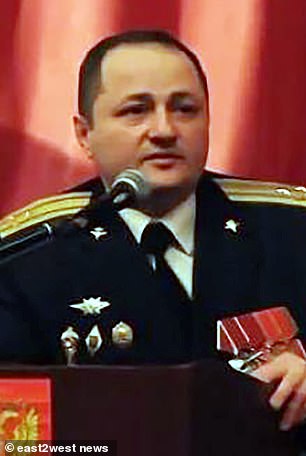 The body of Major-General Oleg Mityaev, 47 (left and right), was reportedly recovered by Russia after it had lained where it fell for almost a month 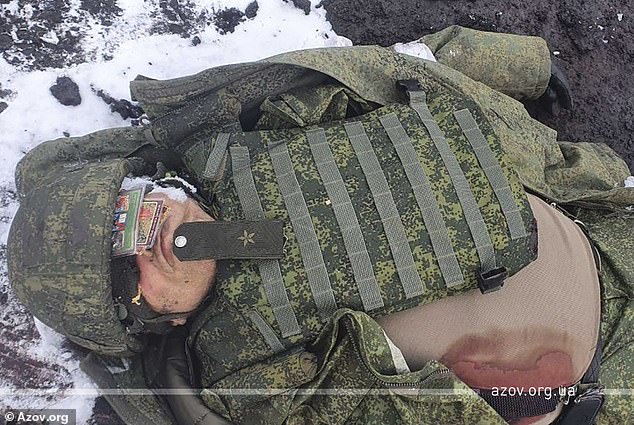 ‘After yesterday’s operation to eliminate a neo-Nazi breakthrough from the Illich plant, the surrendered Ukrainian marines not only shared information about where the general’s body was, but also volunteered to participate in the DNR People’s Militia’s operation to evacuate it.

‘Namely, they acted as guides and showed a safe route,’ said the outlet.

‘For a long time the neo-Nazis refused to hand over his body or report his whereabouts. Instead, Azov fighters posted a video of mocking the corpse.’

Semyon Pegov, who runs the channel, said the slain general ‘died in a truly heroic way.

‘He was ambushed directly during a combat mission to liberate Mariupol.’ 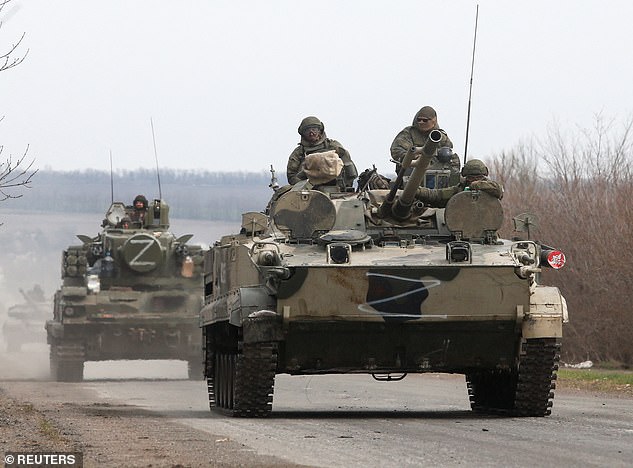 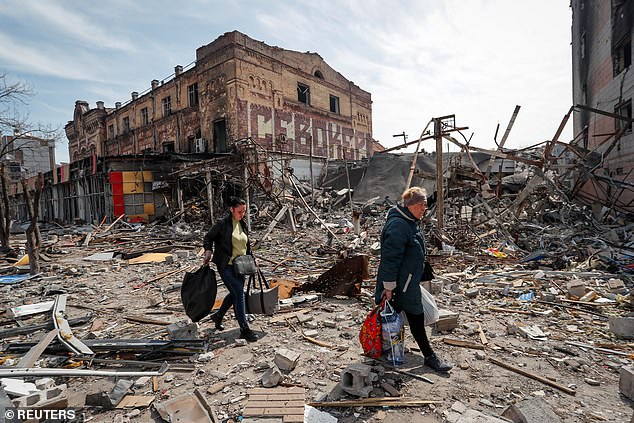 Mariupol has seen the most intense fighting since the Kremlin launched its attack on Ukraine, with the city being virtually razed to the ground 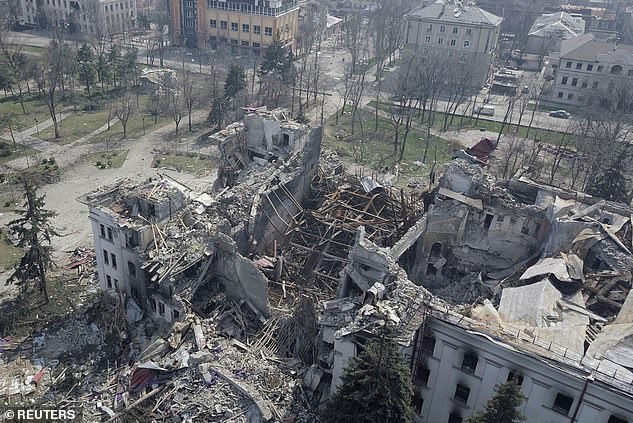 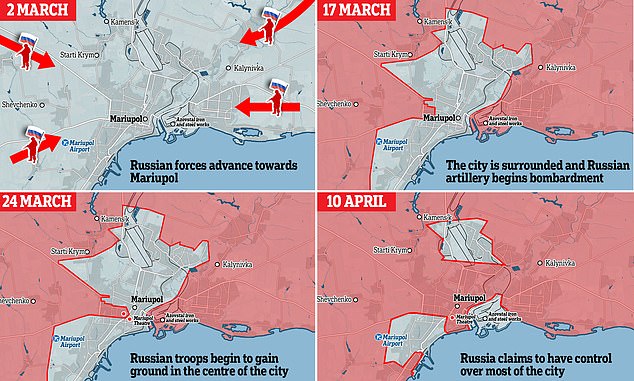 The Ukrainian cooperation came after Russia’s defence ministry announced the surrender of a brigade of Ukrainian marines in the besieged port city of Mariupol.

‘In the town of Mariupol, near the Ilyich Iron and Steel Works, as a result of successful offensives by Russian armed forces and Donetsk People’s Republic militia units, 1,026 Ukrainian soldiers of the 36th Marine Brigade voluntarily laid down arms and surrendered,’ the ministry said in a statement.

Russia said 151 wounded Ukrainian soldiers were treated on the spot and taken to Mariupol’s city hospital.

General Magomed Tushaev: Chechen special forces leader who had led ‘anti-gay purges’ killed in an ambush near Hostomel on February 26

Major General Andrei Sukhovetsky: Deputy commander of the 41st Combined Arms Army of the Central Military District killed during a special operation by a sniper on March 4General Magomed Tushaev 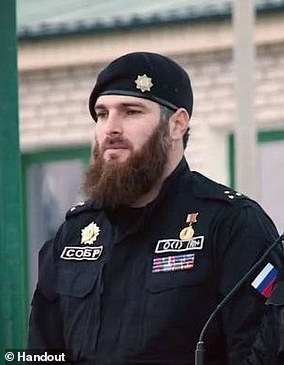 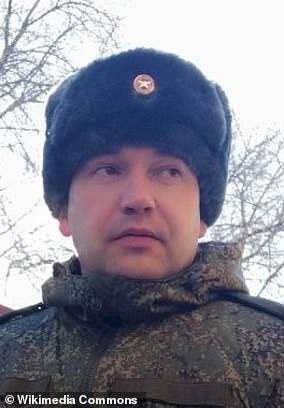 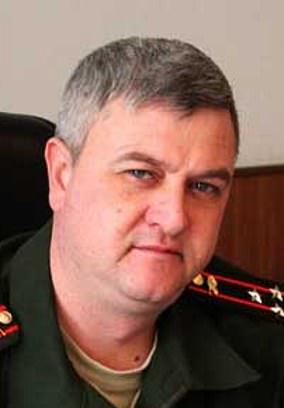 Major General Vitaly Gerasimov (left) was first deputy commander of Russia’s 41st army, taking part in operations in Syria and Crimea. He was killed in fighting around Kharkiv on March 8

Major-General Oleg Mityaev, died fighting near the city of Mariupol on 16 March

Lt-Gen Andrey Mordvichev, killed in the Kherson region on March 19

Lt Gen Yakov Rezantsev, commander of Russia’s 49th combined army, was killed in a strike near the southern city of Kherson on March 25 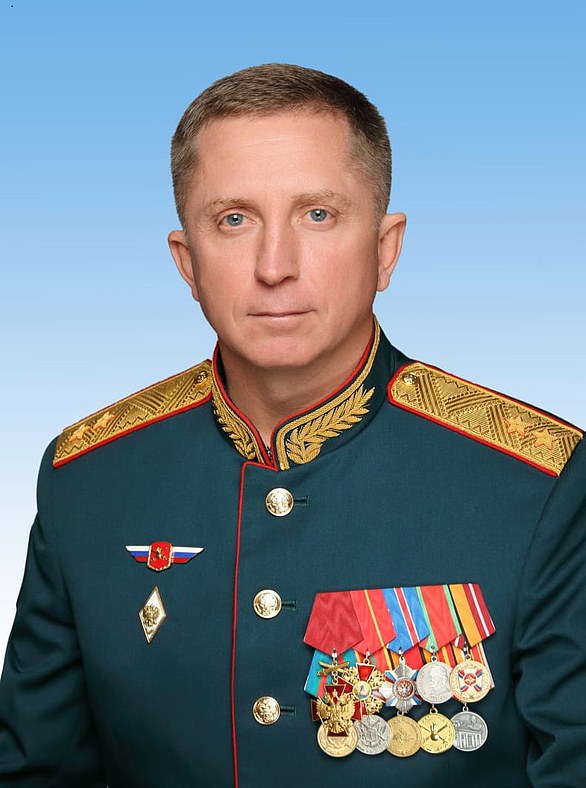 Lt Gen Yakov Rezantsev , commander of Russia’s 49th combined army. He was killed in a strike near the southern city of Kherson on March 25

The 36th marine brigade of the Ukrainian armed forces said on Facebook on Monday that anyone whose limbs have not been torn off will be ordered to fight, and battles are currently being carried out by cooks, drivers and musicians.

They said: ‘Today [Monday] will probably be the last battle, as the ammunition is running out.

‘It’s death for some of us, and captivity for the rest,’ it added, saying it had been ‘pushed back’ and ‘surrounded’ by the Russian army.

It said it had been defending the port for 47 days and ‘did everything possible and impossible’ to retain control of the city.

Morocco goalkeeper Yassine Bounou announced to start against Belgium, but he wasn’t playing!