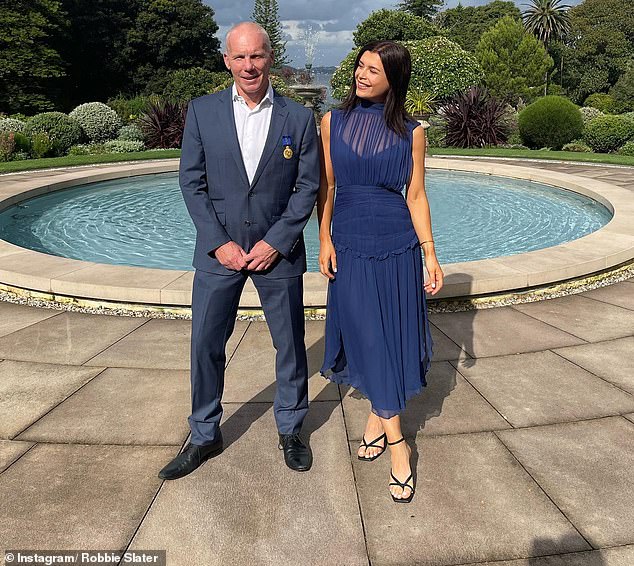 A long-running feud between Socceroos legends has reignited after Australia’s famous World Cup triumph in Qatar.

The Socceroos have progressed to the final 16 of the tournament for just the second time ever after a 1-0 boilover against Denmark on Thursday morning.

The wild celebrations back home have been soured by a war of words as Socceroos legend Robbie Slater reignited his 25-year stoush with former teammate Craig Foster.

The pair were among Socceroos coach Graham Arnold’s harshest critics as Australia struggled to qualify for the World Cup and fell to a 4-1 loss against defending champions France in their opening game last week.

Foster and Bosnich had nothing but praise for the coach on Thursday as their former teammate unleashed on the pair and jumped to the defence of his close friend Arnold. 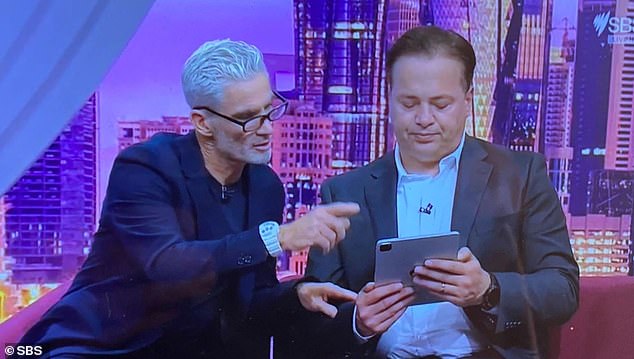 ‘It makes you squirm watching people (on TV) this morning who tried to get him sacked after the Saudi Arabia (World Cup qualifying) game,’ Foster told Yahoo Australia.

‘They’re now saying it’s a good decision they kept him but they were desperate to get him out. It’s unbelievable to hear what they’re saying now.’

‘Arnie’s written himself into history. No Australian coach has won two games at a World Cup, kept two consecutive clean sheets and had a team score in every game,’ he added.

The war of words was sparked by Foster and Bosnich singing Arnold’s praises on Thursday morning.

‘Graham Arnold’s at the centre of it. He did an amazing job today, amazing job in the past couple of games, he made all the right decisions against Tunisia and he’s done it again today,’ Foster said.

Bosnich acknowledged he’d been one of Arnold’s harshest critics.

‘You know, during the qualifying period he did come under a lot of criticism, including from myself and, at that time, it wasn’t looking good for him that he got two points from a possible nine,’ he said. 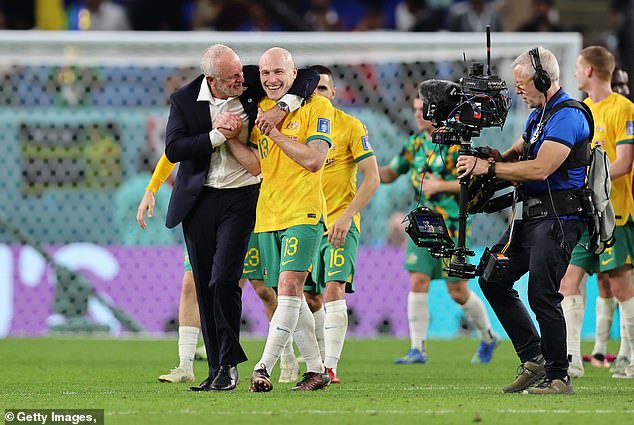 ‘He stuck through it and a lot of credit must go as well to Football Australia and (chief executive) James Johnson and his board for sticking by Graham.

‘It would have been very easy to let him go that time. They did (stick by him) and kudos to all of them. It’s an absolutely fantastic victory.

Less than an hour earlier, Foster gave a scathing analysis of the Socceroos’ first-half performance.

‘The first 26 minutes was awful, really,’ he said at halftime. 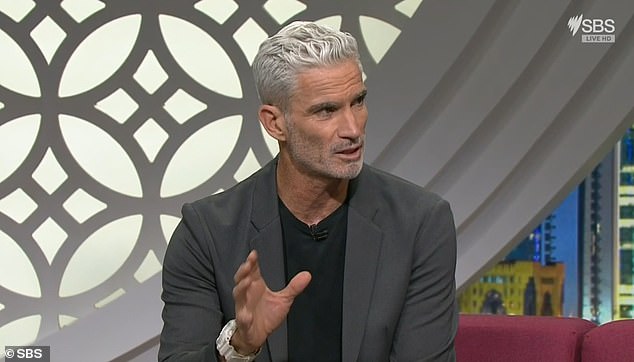 His analysis of the Socceroos took a 180-degree turn post-match.

‘Australia has to be happy. What this group has done is truly historic,’ Foster later told Channel Nine’s Today Extra.

‘They have set a new benchmark and we can build on this for the next World Cup and beyond. Ultimately, no-one thinks Australia can win the FIFA World Cup except you and I.’

Foster has called on all state and territory leaders to set up more fan live sites around the country for Australia’s do or die clash against Argentina on Sunday morning.

The bad blood between Slater and Foster dates back to the 1997 Confederations Cup in Saudi Arabia when the then-teammates clashed over a pay dispute.

Slater claimed at the time Foster wanted more prize money and the pair have been at loggerheads ever since. 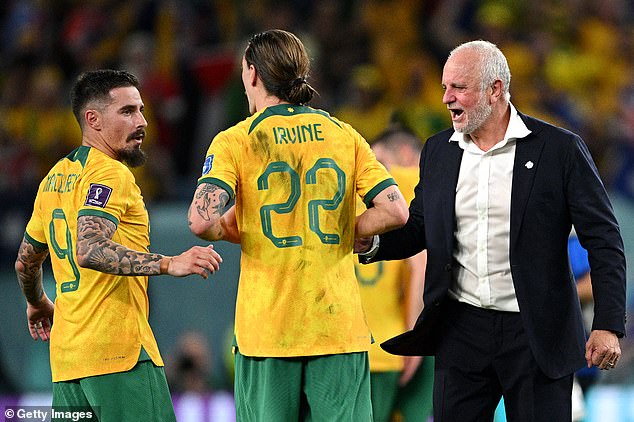 Pippa’s father-in-law in fresh quiz over rape claim as ex-racing driver, 78, questioned by...

Mona Lisa is ATTACKED with custard pie by man disguised as elderly woman in...

NYC man, 48, dies after being shoved in front of train in Queens, TWELFTH...