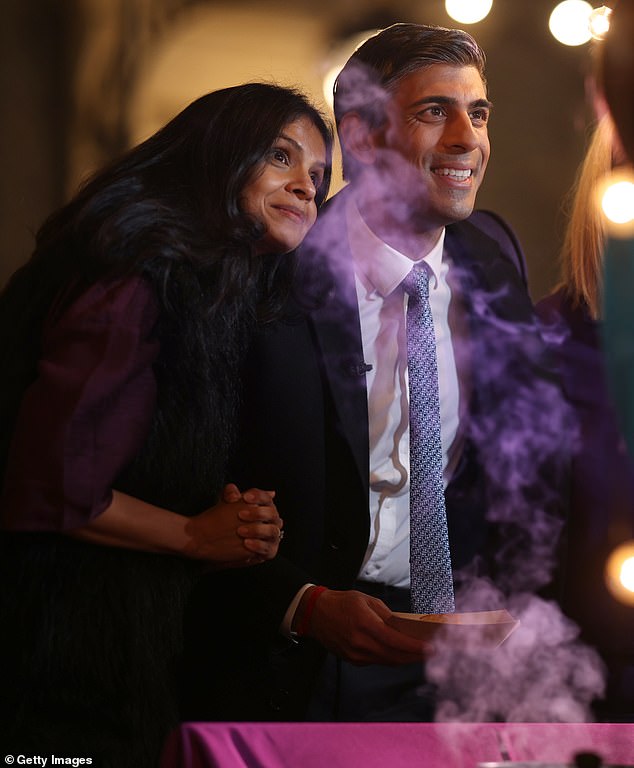 Christmas comes early to Downing Street! Rishi Sunak and Akshata Murty shop for decorations at a festive market in support of small businesses

By Jessica Taylor For Mailonline

Christmas has come early to Downing Street as the prime minister’s residence has hosted a Christmas market outside for ministers and officials to enjoy.

Prime minister Rishi Sunak, his wife Akshata Murty and chancellor Jeremy Hunt were all pictured perusing the stalls outside Number 10 this evening despite chilly temperatures.

The couple, who currently live in the flat above 10 Downing Street, examined Christmas baubles on offer, visited the cheese stall and took selfies with market traders as they celebrated Small Business Saturday vendors.

The initiative is a grassroots campaign which aims to highlight the successes of small businesses and encourages people to ‘shop local’ to support the small businesses operating in their communities.

Officially, the day of celebration is on the first Saturday in December, but Downing Street got an early glimpse of what is on offer from small businesses as you sort out your Christmas shopping this year.

As the prime minister perused the stalls, he was photographed holding intricately designed Christmas baubles on ribbons as his wife Akshata looked particularly impressed by a blue and white decoration – which may well appear on the 10 Downing Street Christmas tree this year. 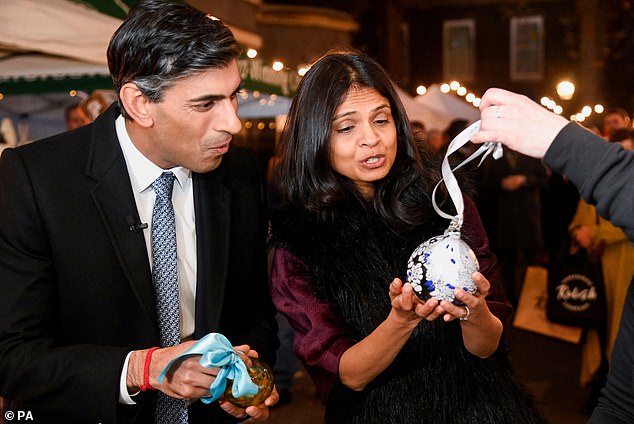 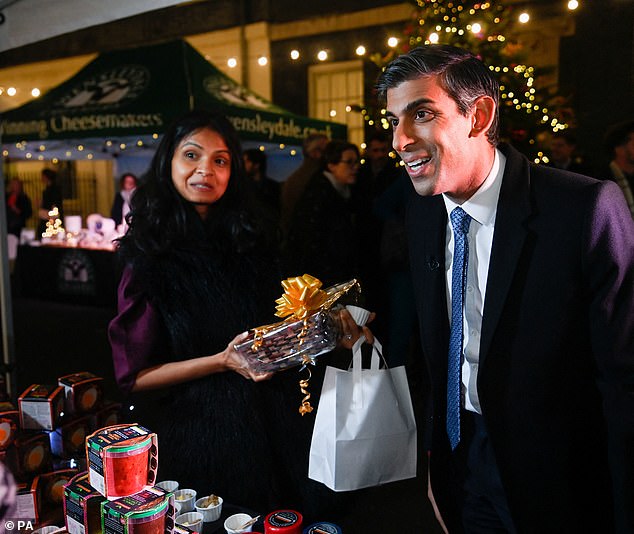 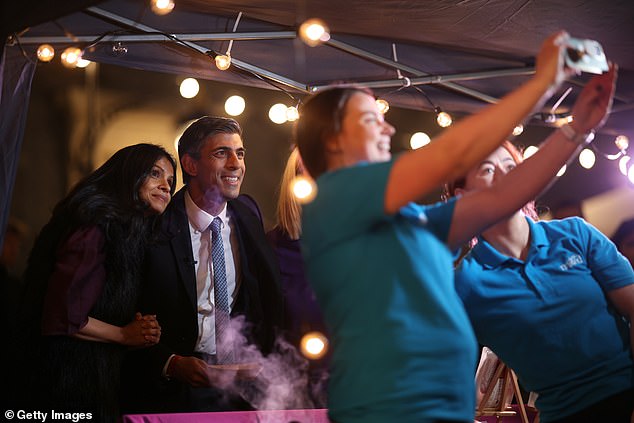 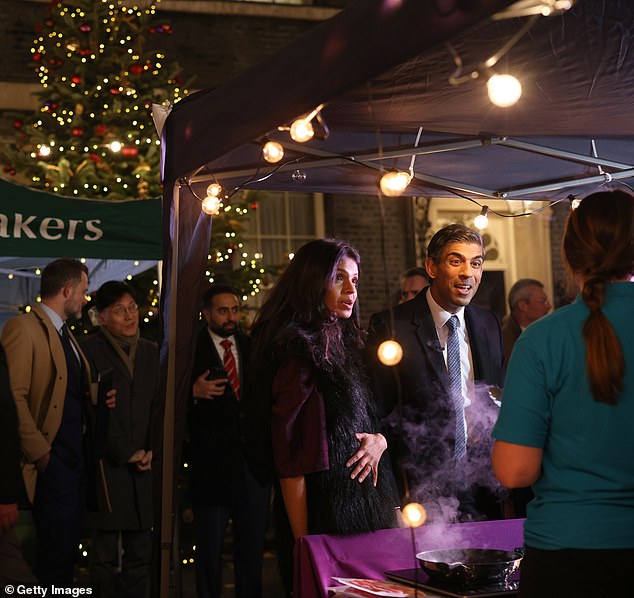 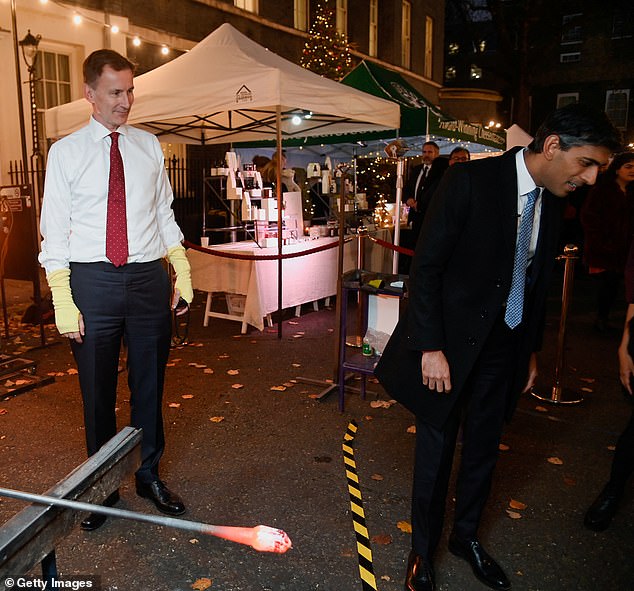 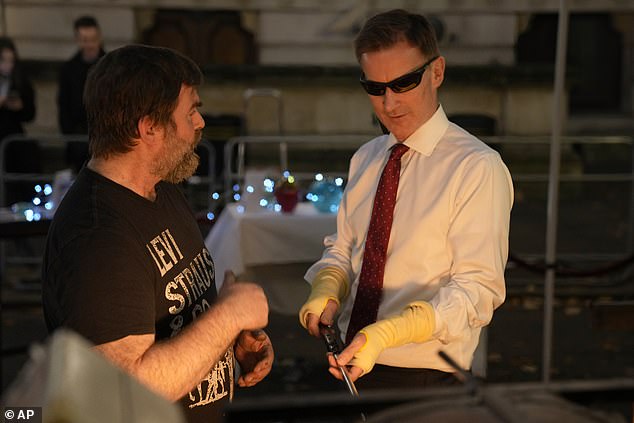 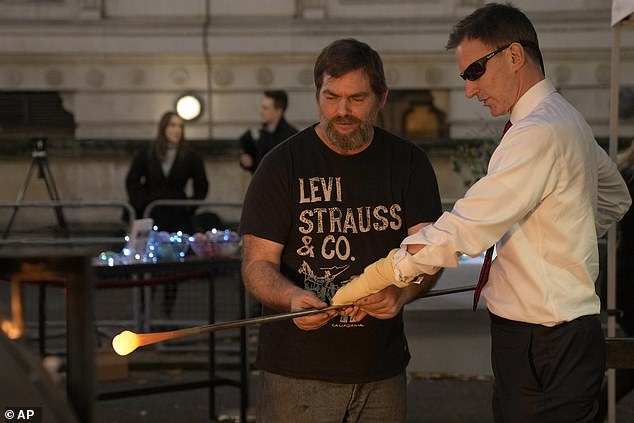 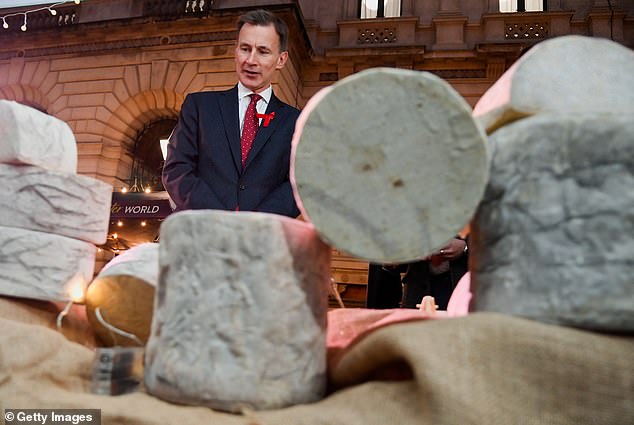 Earlier this week, Akshata met with the Ukrainian first lady Olena Zelenska at Number 10, where they decorated the tree together before discussing the Russian invasion of her country.

The pair used decorations in the colours of the Ukrainian flag to embellish the tree.

As the chancellor Jeremy Hunt took some time out from managing the country’s finances, he turned his hand to glassblowing as he visited a stall at the market.

Hunt was seen wearing protective glasses as he tried to fashion something out of glass after heating it up in the furnace.

He also wore what appeared to be protective fingerless gloves on his arms as he got ready to try out his new hobby.

Elsewhere the chancellor looked overwhelmed with choice as he surveyed dozens of wheels of cheese at another stall in the market.

Strictly’s Helen Skelton enjoys a boozy evening with Ellie Taylor after arriving at her...