By NCA NewsWire and Levi Parsons For Daily Mail Australia

The mother of rising AFL star Rhett Bazzo is feared dead after the boat she was in slammed into a buoy killing another woman.

Kylie Bazzo, 52, was on board with her friends Deborah and John Burdon and another man when the vessel struct a navigation marker sending the group flying into the Mandurah Estuary south of Perth about 10pm on Saturday.

Mrs Burdon, 54, was eventually pulled from the water later that night but the mother-of-two could not be revived.

It is understood her husband Mr Burdon, 47, was behind the wheel at the time and was rushed to the Royal Perth Hospital.

The other man on board miraculously walked away uninjured.

Police on Sunday afternoon conducted a widescale sea, land and air search but were not able to locate Mrs Bazzo’s body.

‘There’s been a massive conglomeration of resources into the district and into the location to try and locate the person,’ WA Police acting Superintendent Peter Morrissey told The West.

Her son Rhett, 19, is a rising star in the AFL and was drafted as a defender at the beginning of the 2022 season for the West Coast Eagles.

‘We are super excited and proud of you Rhett — hard work and commitment definitely pays off,’ Mrs Bazzo shared online recently after his contract was extended at the club until 2025. 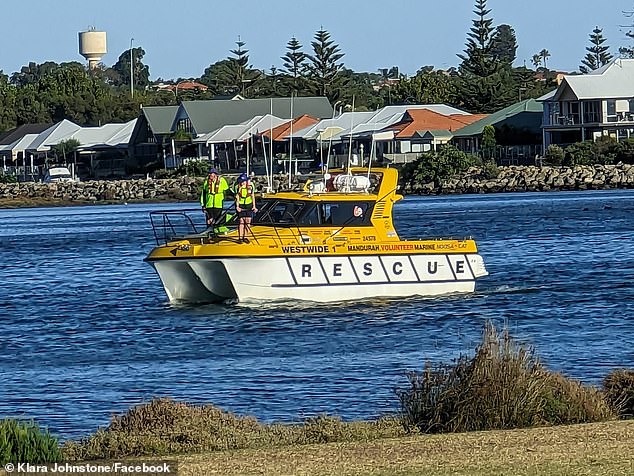 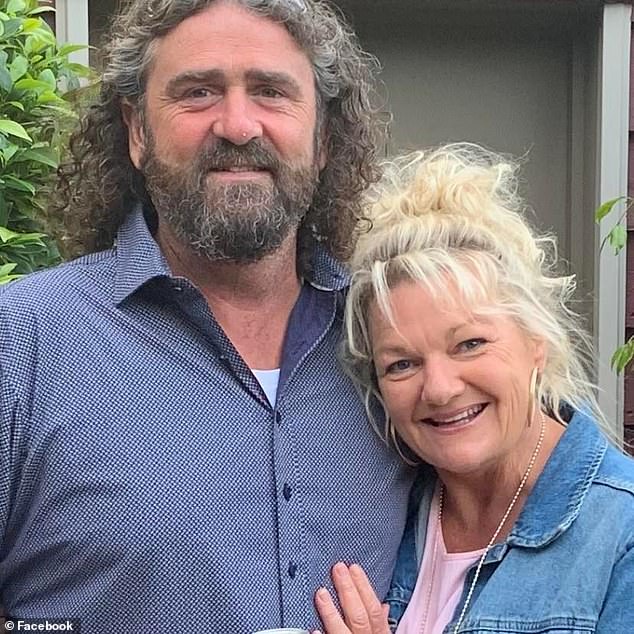 Kylie Bazzo, 52, was on board with her friends Deborah and John Burdon (pictured) and another man when the vessel struct a navigation marker sending the group flying into the Mandurah Estuary south of Perth about 10pm on Saturday

The tragedy comes after Rhett and his sister Kameron also lost their dad Steve Bazzo, a WAFL footy legend for South Mandurah, at a young age.

Investigation are continuing into how the boating tragedy happened.

‘(The boat) was speeding very quickly and then all of a sudden we heard a bang,’ Mrs McCormack said.

‘It didn’t have any lights on the boat, and it went straight into the red marker there. And then there was silence.

‘(We thought) there must’ve been a tragedy — the fact it was silent.’ 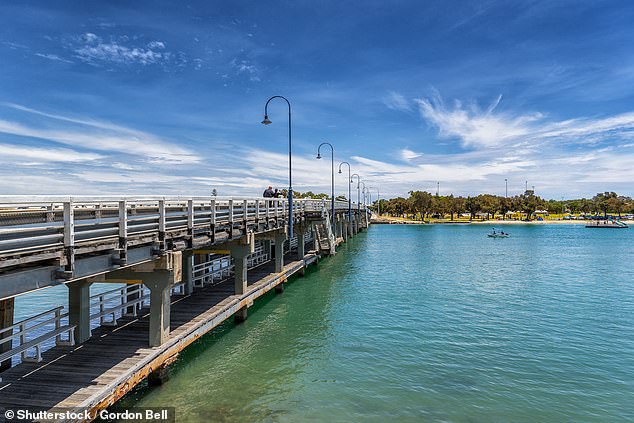 NY police sergeant killed after learner driver, 16, hits him two weeks after getting...

Tesla is set to have its worst year EVER as car firm’s share price...

Martin Compston speaks about going back to his roots in new Scottish thriller The...