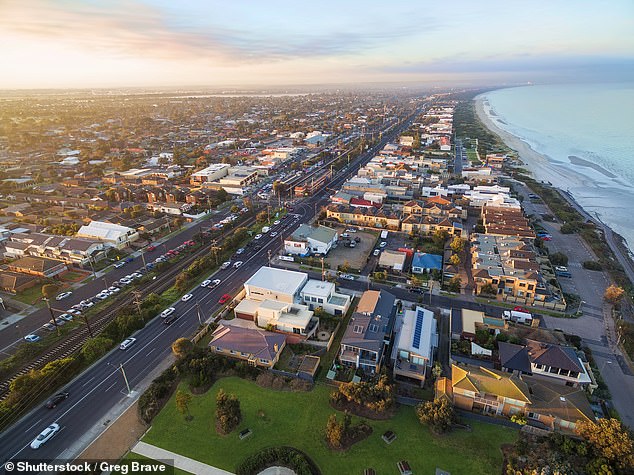 Dr Lowe said he is now expecting inflation to hit seven per cent by the end of 2022 – which would be the highest level since the June quarter of 1990 ahead of a recession the following year.

That is also much higher than the existing rate of inflation of 5.1 per cent – itself the highest since 2001 as average petrol prices climbed above $2 a litre.

In his first appearance since the RBA raised the cash rate by half a percentage point, Dr Lowe admitted bringing inflation within the central bank’s target would be difficult.

‘At the moment, it’s five per cent and by the end of the year, I expect inflation to get to seven per cent,’ he told the ABC’s 7.30 program in a rare interview.

‘That’s a very high number and we need to be able to chart a course back to two to three per cent inflation.

Australians have been warned to be prepared for higher mortgage rates. Pictured are houses in Melbourne

‘I’m confident we can do that but it’s going to take time.

‘With inflation being as high as it is, and with interest rates as low as they are, we thought it was important to take a decisive step to normalise monetary conditions and we did that at the last meeting.’

He said it is reasonable to expect the cash rate will get to 2.5 per cent at some point, but said it will be driven by events.

The cash rate now stands at 0.85 per cent after the RBA raised it at consecutive board meetings in May and June from a record low 0.1 per cent.

An increase to 2.5 per cent would mark the steepest increase in the RBA cash rate within a year since 1994.

Just last year, the RBA had repeatedly said it would keep the cash rate at 0.1 per cent until 2024 ‘at the earliest’, but Dr Lowe said that was never a promise.

‘The economy didn’t evolve as we expected. It’s been much more resilient and inflation has been higher. We thought we needed to respond to that,’ he said.

He said the economy is in remarkable shape with the unemployment rate at a 48-year low, of 3.9 per cent, households having built up financial buffers of around $250 billion and the number of people falling behind on their mortgage repayments declining.

His comments came as global share markets are in turmoil fearing the US economy could fall into recession if the Federal Reserve raises interest rates aggressively to combat its own inflation problem.

But Dr Lowe is confident the Australian economy will continue to grow pretty strongly over the next six to 12 months.

‘There is still a bounce back from all the Covid-19 restrictions, people are spending in a way they weren’t able to do last year,’ he said.

Dr Lowe said there is a big backlog of construction work to be undertaken and the number of job vacancies is very high.

‘So people can be confident the jobs will be there and in that environment people will keep spending,’ he said.

This would be followed by 0.25 percentage point rises in August, September and November – taking the cash rate to 2.1 per cent – the greatest since May 2015. 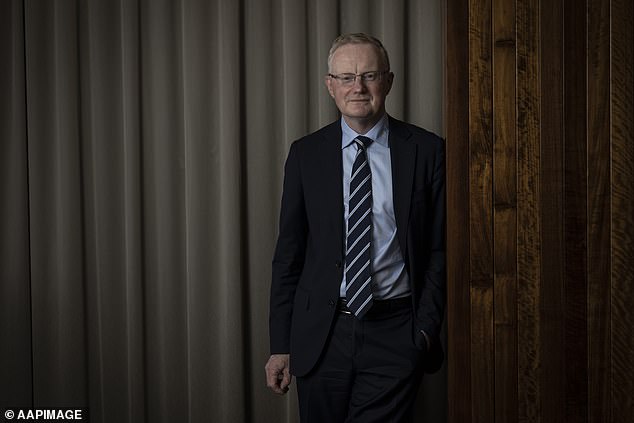 The 2.1 per cent prediction was greater than the 1.6 per cent rate the CBA had forecast earlier this year.

Federal Treasurer Jim Chalmers said ‘inflation will get worse before it gets better’ and warned of significant financial stress over the next few months.

He blamed the previous Coalition government for last week’s interest rate rise, saying there was ‘no use mincing words about it’. 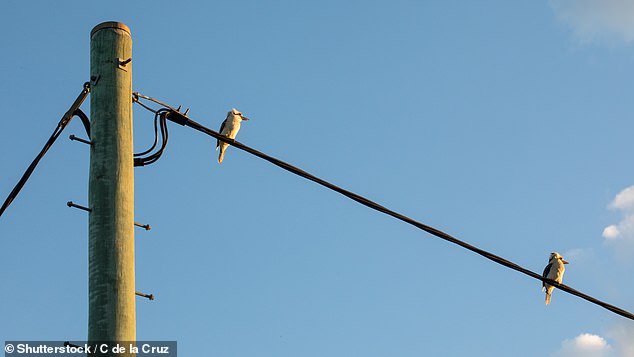 There is more pain ahead in Australia with electricity prices set to keep rising along with interest rates and inflation going up. Pictured is a power line in outback Queensland

‘It’s certainly a difficult period for a lot of people. We inherited this full blown cost of living crisis that includes rising interest rates,’ he told the ABC.

Mr Chalmers said the government’s priorities were medicine, childcare, getting power bills down over time and getting real wages rising again.

Why do interest rates need to rise?

The most basic principle of economics is supply and demand.

When supply outstrips demand prices will fall, but when demand is great and supply is scarce the cost of products will rise.

That’s why something rare and in demand such as gold is expensive, whereas something plentiful such as potatoes is relatively cheap.

This rule also applies to money itself.

Huge Australian government stimulus during the pandemic totalling more than one third of a trillion dollars – at a time of record low interest rates – has meant there’s more money competing for the same amount of goods and services.

The extra supply of cash is what is now driving up prices (along with a range of other factors including the war in Ukraine and supply chain chaos during the pandemic).

But by raising the cash rate and making money harder to borrow, it should limit the supply of money and help bring prices down.

Cold comfort to those forced to shell out more on their mortgage.

‘I’m back!’ Boris waves greeting as he lands at Gatwick with wife Carrie and...