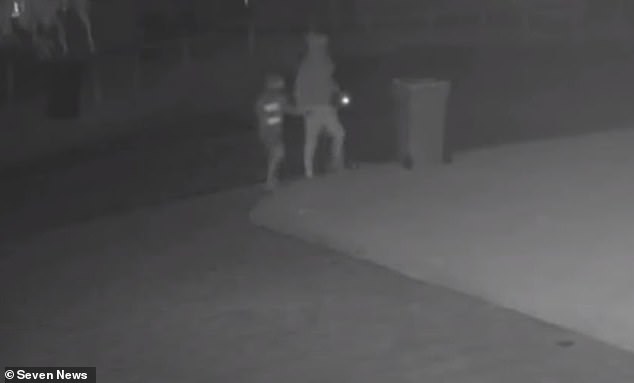 Families struggling with homelessness have resorted to breaking into holiday houses to take baths and catch up on sleep as spiralling rent and lack of housing forces them to take extreme measures.

Recent CCTV video showed a young family breaking into an Airbnb property near Perth on June 20 with the mum caught on camera leading a boy and a toddler into the home.

Holiday Homes Made Easy property manager Davinia Gillard told Daily Mail Australia that she thought the main motivation for the break-in had just been to have ‘somewhere to stay’.

‘I think it’s just really sad to see that there was a small child, a baby or toddler, out at midnight walking into a house to get five hours sleep and then leaving,’ Ms Gillard said.

‘Especially with the weather we’ve been having lately. It’s been really wet.’

Ms Gillard said she found the property had been left with a sink tub half full, after reportedly being used as a children’s bath and the washing machine beeping with a child’s shirt left inside.

Ms Gillard had been told by police the group was serially targeting holiday homes as there had been three similar break-ins over the past week.

The group were later joined by other men, who came in through the night to take tea, coffee and sugar, pillows, doonas, bathroom flannels, four mugs and two lamps.

‘They’re not your everyday thieves looking for a quick smash-and-grab,’ she told 7News.

Ms Gillard said there had been a spike in people invading holiday houses, which is something she had not experienced before in her 10 years in the short-stay industry.

One incident two weeks ago had involved someone breaking into a house through a window to apparently only have a night’s sleep and use the shower.

‘We also had another instance when just between two bookings, someone rocked up to the house and in the back al-fresco area there was all clothing bits and pieces and it looked like someone was going to be setting up for the night,’ she said. 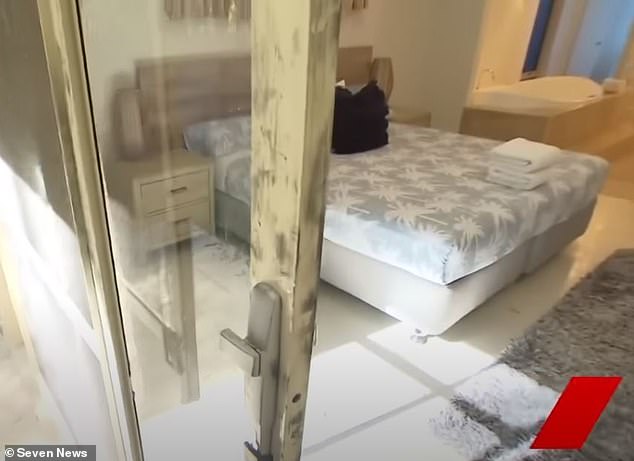 Once inside the house, the group used its facilities to bathe the children and wash their clothes

She thought people might be using websites, such as Airbnb, to target vacant properties.

‘I reckon they have because there’s no other way for them to know. I don’t have signs up on the houses,’ she said.

‘For them to know it’s vacant they must be finding out online and checking if it has people in it or not.’

Ms Gillard said that the increase in homelessness was very visible in WA and was particularly apparent in Perth.

‘I was recently walking about the streets and the amount of people in sleeping bags and in alleys – it’s pretty disturbing,’ she said.

‘It’s to the point where it is getting uncomfortable walking around the city.’

Australia is suffering a severe crisis of affordable accommodation with six out of eight Australian capital cities showing vacancy rates at less than one per cent.

A report by CoreLogic showed rental listings across the nation’s capital cities were down by around one-third from pre-pandemic levels and six out of eight capitals had vacancy rates around only one per cent.