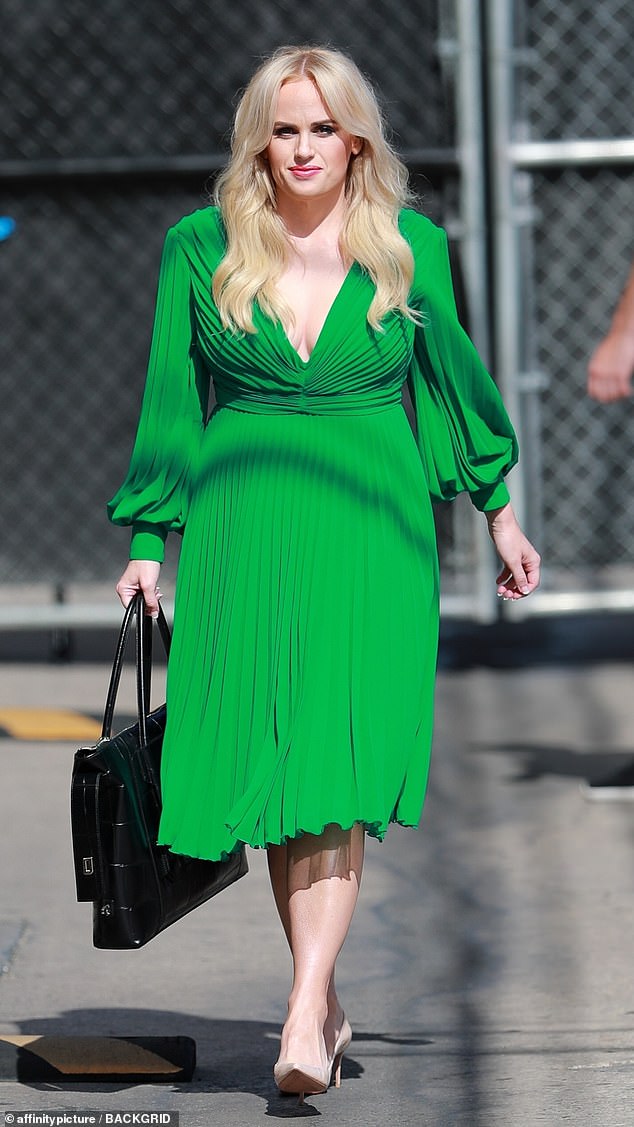 Making them green with envy! Rebel Wilson shows off her cleavage and incredible 35kg weight loss in a plunging green dress as she arrives at Jimmy Kimmel Live!

Rebel Wilson turned heads as she arrived for an appearance on Jimmy Kimmel Live! in Los Angeles on Tuesday.

The Aussie actress, 42, showed off her incredible 35kg weight loss in an eye-catching emerald green dress as she headed into the El Capitan Entertainment Centre in Hollywood.

The pleated frock also flaunted the Pitch Perfect star’s cleavage thanks to its plunging neckline.

Making them green with envy! Rebel Wilson showed off her cleavage and incredible 35kg weight loss in a plunging green dress as she arrived at Jimmy Kimmel Live! at the El Capitan Entertainment Centre in Hollywood on Tuesday

Rebel accessorised the bright outfit with a pair of nude stilettos and a large black crocodile skin handbag.

Her glowing complexion was enhanced with a simple makeup palette and her platinum locks were coiffed in soft waves. 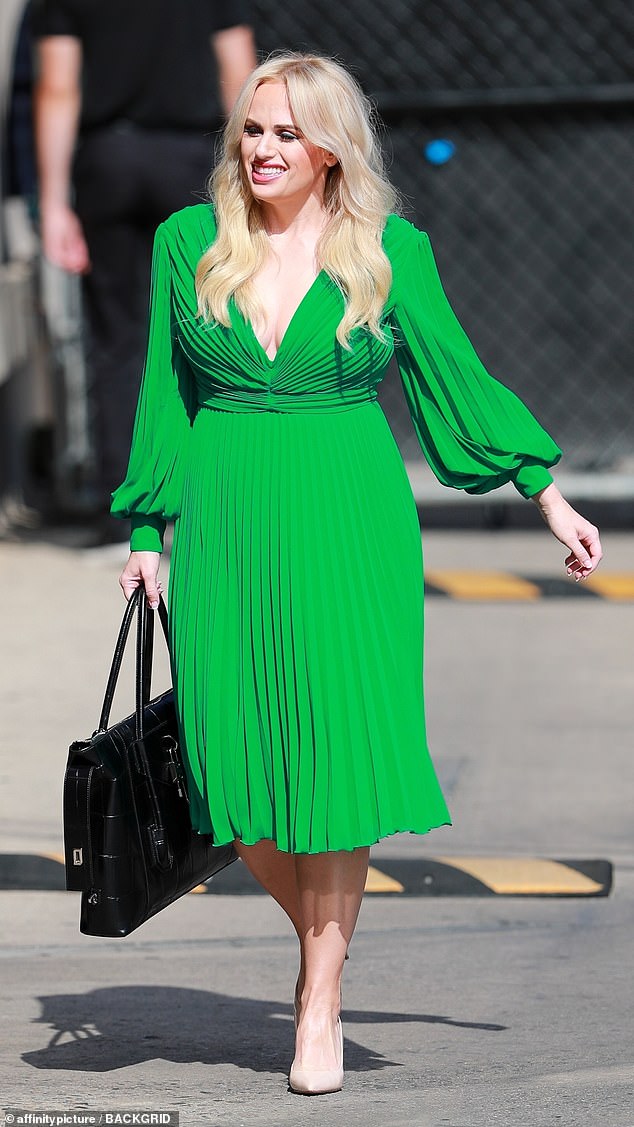 Keeping it simple: Rebel accessorised the bright outfit with a pair of nude stilettos and a large black crocodile skin handbag

She told Apple Fitness+ in January that walking – rather than doing endless high-intensity workouts – had actually been her secret weapon for weight loss.

Rebel said a doctor at a health retreat had advised her to take up walking.

‘The doctor said to me, “Rebel, the best way for you to lose unwanted body fat is just simply walking,”‘ she explained.

‘Doesn’t have to be high-intensity, doesn’t have to be uphill, just moderate walking an hour a day. And if you can do that, for you, for your body type, it’s, like, the best way to lose unwanted body fat.’

To keep her walks interesting, Rebel said she often listens to podcasts.

Glowing and gorgeous: Her glowing complexion was enhanced with a simple makeup palette and her platinum locks were coiffed in soft waves

She has also denied using the Mayr Method to shed weight, and instead used a high-protein diet and calorie counting to lose weight.

Rebel star been overseas regularly recently, first hosting the BAFTA Awards in the UK in March before jetting of to the US to attend the Oscars and film a secret project in Los Angeles.

On May 13, her latest project Senior Year will be released on Netflix, which tells the story of a woman who awakens from a 20-year coma determined to complete her last year of school. 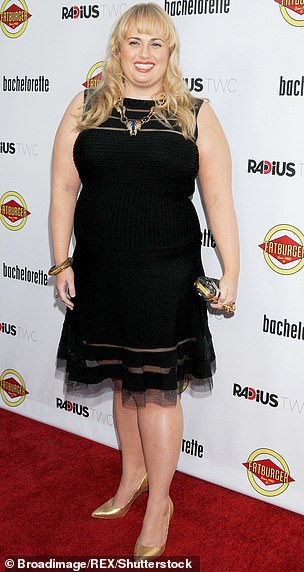 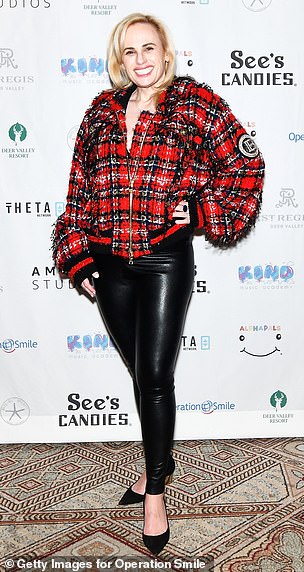 Julia Bradbury breaks down during her mastectomy pre-op

Taylor Hill is a vision in a white satin dress at the launch of...