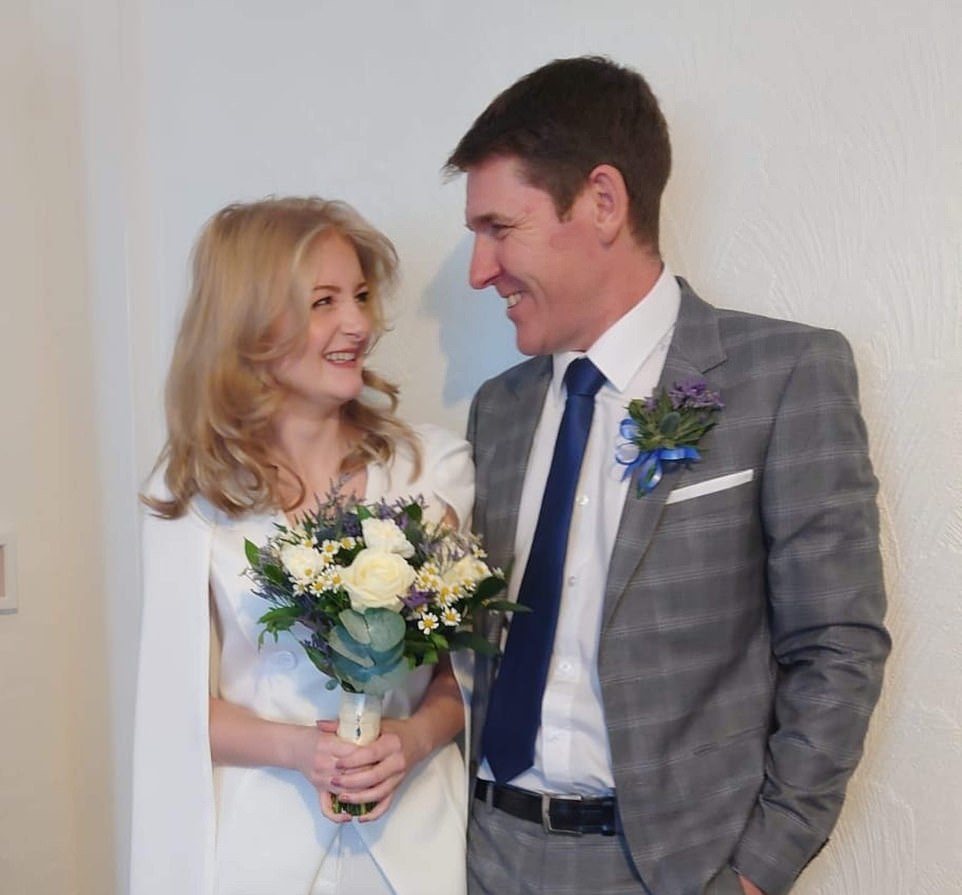 A religious education teacher has been struck off for getting into an inappropriate relationship with a pupil less than half his age who he went on to marry and have children with.

Gavin Dunsmuir, now 50, was found to have formed a relationship with Megan Reid in 2015 while he was employed at Largs Academy in North Ayrshire.

The former teacher went on to leave his wife Shona and move in with Miss Reid, now 25, before marrying her last year and having two children together.

Dunsmuir’s ex-wife Shona said in 2018 – after she had split – that she became suspicious after she was told by their young daughter: ‘Mummy, do you know that Daddy has a new girlfriend?’

She said she believed his relationship with Miss Reid did go further than Gavin being ‘just a mentor’ to the girl as one of his colleagues told her they spent ‘a lot of time together during lunchtimes,’ the Daily Record reported at the time.

Miss Reid’s father Donald Reid, 62, told a tribunal their relationship left him ‘distressed’ and led to his son being bullied.

Dunsmuir has now been removed from the teaching register after an investigation was launched into the couple’s relationship by the General Teaching Council for Scotland (GTCS).

Gavin Dunsmuir (right), now 50, was found to have formed a relationship with pupil Megan Reid (left) in 2015 while he was employed at Largs Academy in North Ayrshire

The former teacher went on to leave his wife and move in with Miss Reid, now 25, before marrying her last year and having two children together 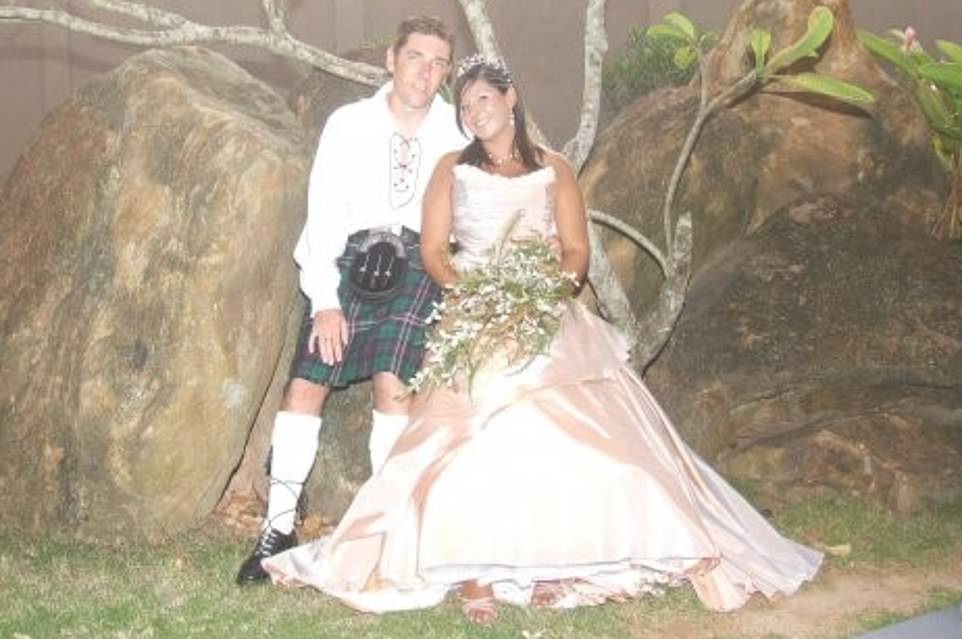 Gavin Dunsmuir left his ex-wife Shona (pictured on their wedding day) for Miss Reid. Now he has been struck off 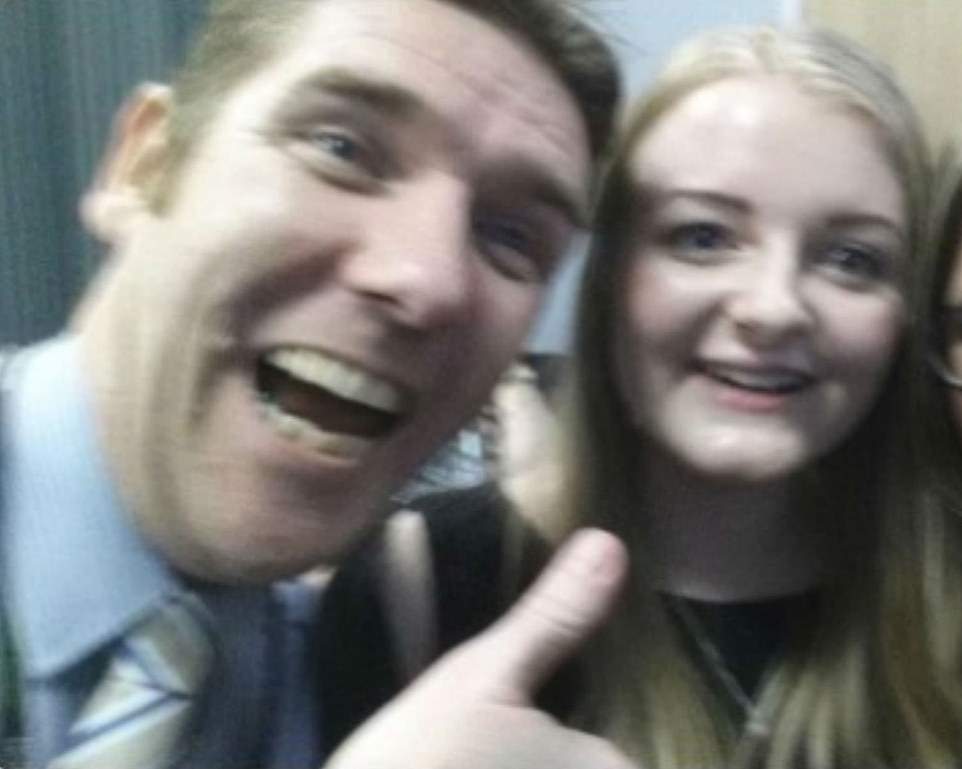 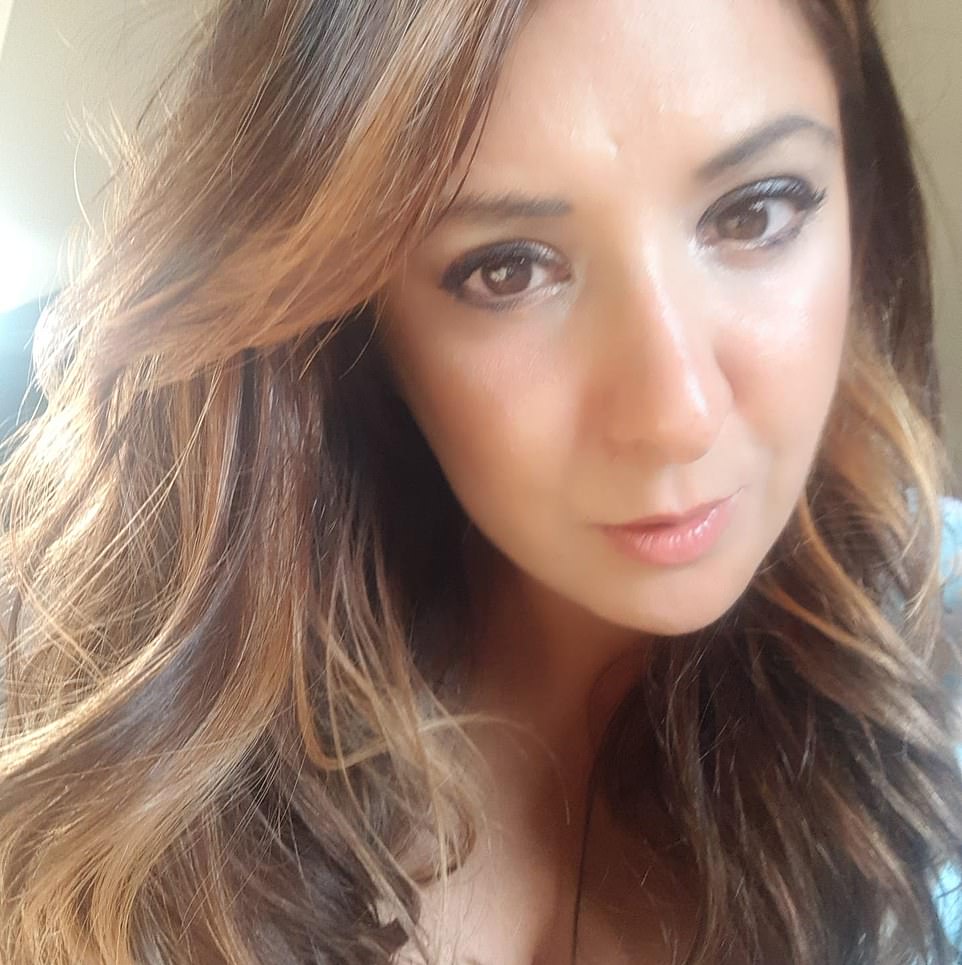 Ex-wife Shona Dunsmuir (pictured) became suspicious after their daughter asked: ‘Mummy, do you know that Daddy has a new girlfriend?’ 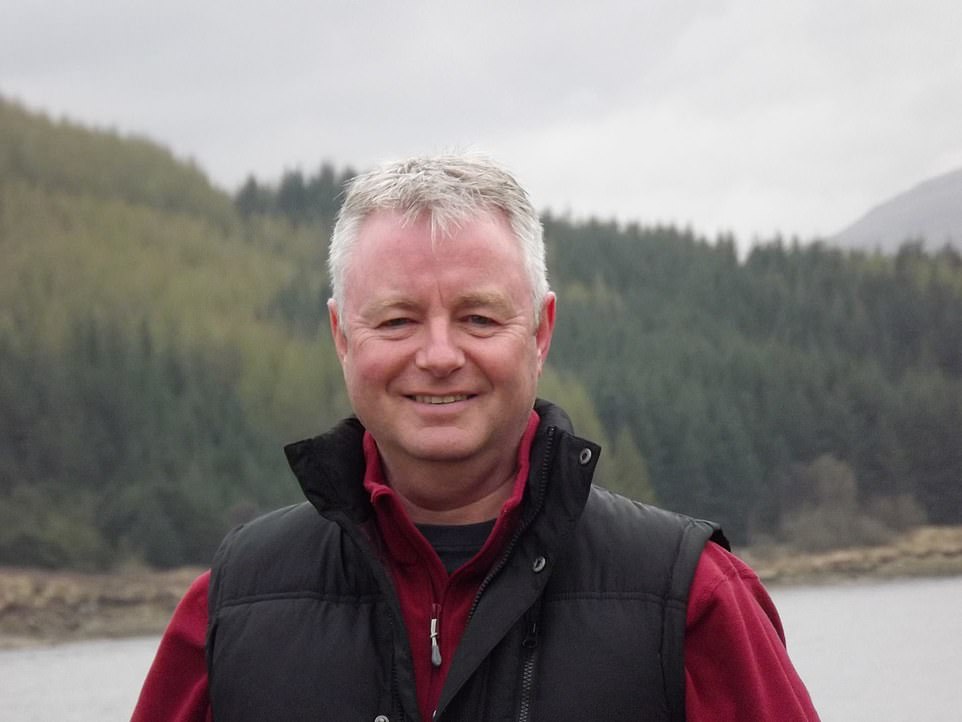 Miss Reid’s father Donald Reid (pictured), 62, told a tribunal their relationship left him ‘distressed’ and led to his son being bullied 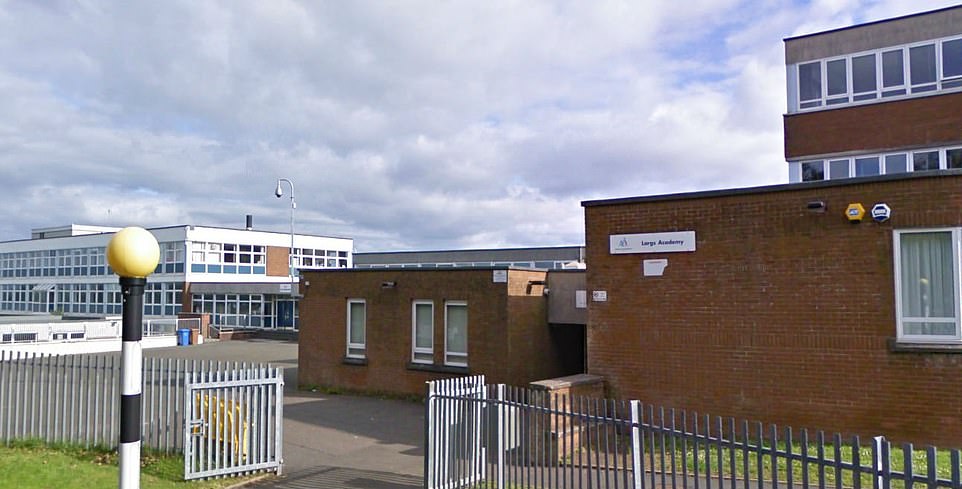 Gavin Dunsmuir, 50, was found to have formed a relationship with Megan Reid in 2015 while he was employed at Largs Academy (pictured) in North Ayrshire

He is further alleged to have been seen visiting a pub with Miss Reid, and other youngsters between March and August 2015 when she would have been 17 or 18.

Dunsmuir is also accused of taking Miss Reid to a colleague’s home and allowing her to spend time in the company of his daughter.

The GTCS today said: ‘The panel has found that the teacher’s conduct falls significantly short of the standards expected of a registered teacher and he is therefore unfit to teach.

‘The panel must direct that his name be removed from the register of teachers.’

The GTCS has been investigating Dunsmuir since 2018. The hearing reconvened this week to hear further evidence from a former colleague and Miss Reid’s father.

In his statement, given to the GTCS in 2017, Mr Reid explained how he felt after finding out his daughter was in a relationship with Dunsmuir.

He said: ‘I am very distressed about the situation. When people ask about my daughter I struggle not to tell them that she ran off with her teacher.

‘I would like to make it clear that I only found out via a fourth party as when I looked at the computer I couldn’t see anything that would be a cause for concern.

‘I saw two cards in her room, one was a birthday card and one was for leaving school.

‘She had gotten cards from other teachers which were appropriate, the one which was not appropriate was from Mr Dunsmuir.

‘He had referred to her as Meg Mog [in the card].

‘I telephoned Heather Burns [Largs Academy headteacher] and made my feelings clear, she confirmed that the teacher under investigation was allegedly involved with Megan. 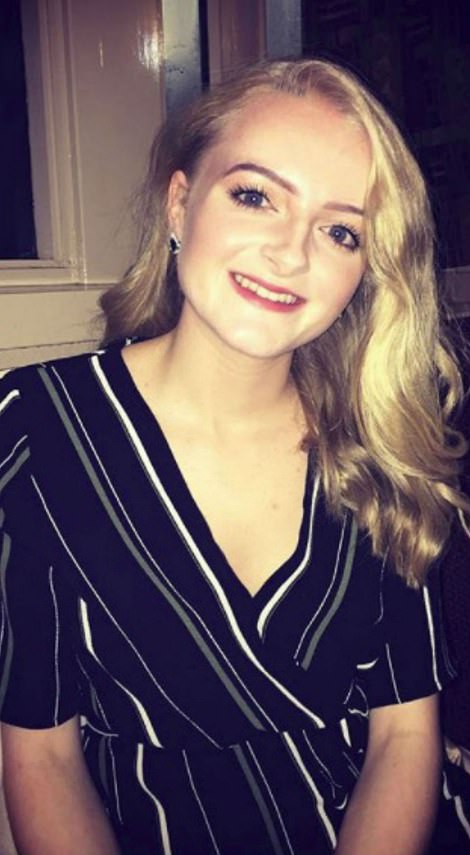 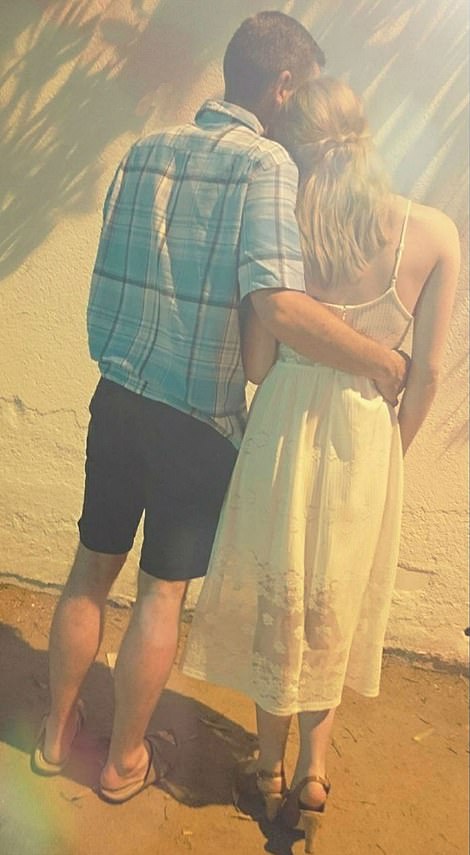 Dunsmuir was allegedly seen visiting a pub with the schoolgirl, Megan Reid (left), and other youngsters between March and August of 2015. Pictured right: The pair embracing as they face away from the camera together 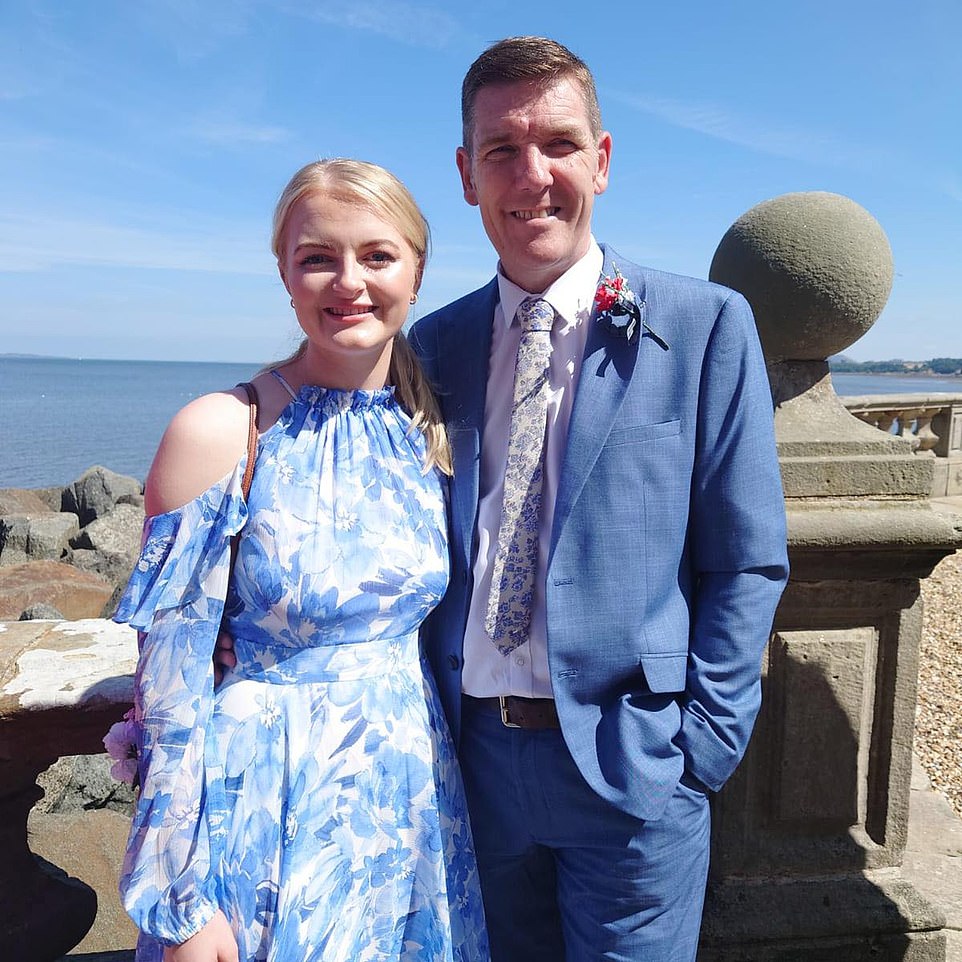 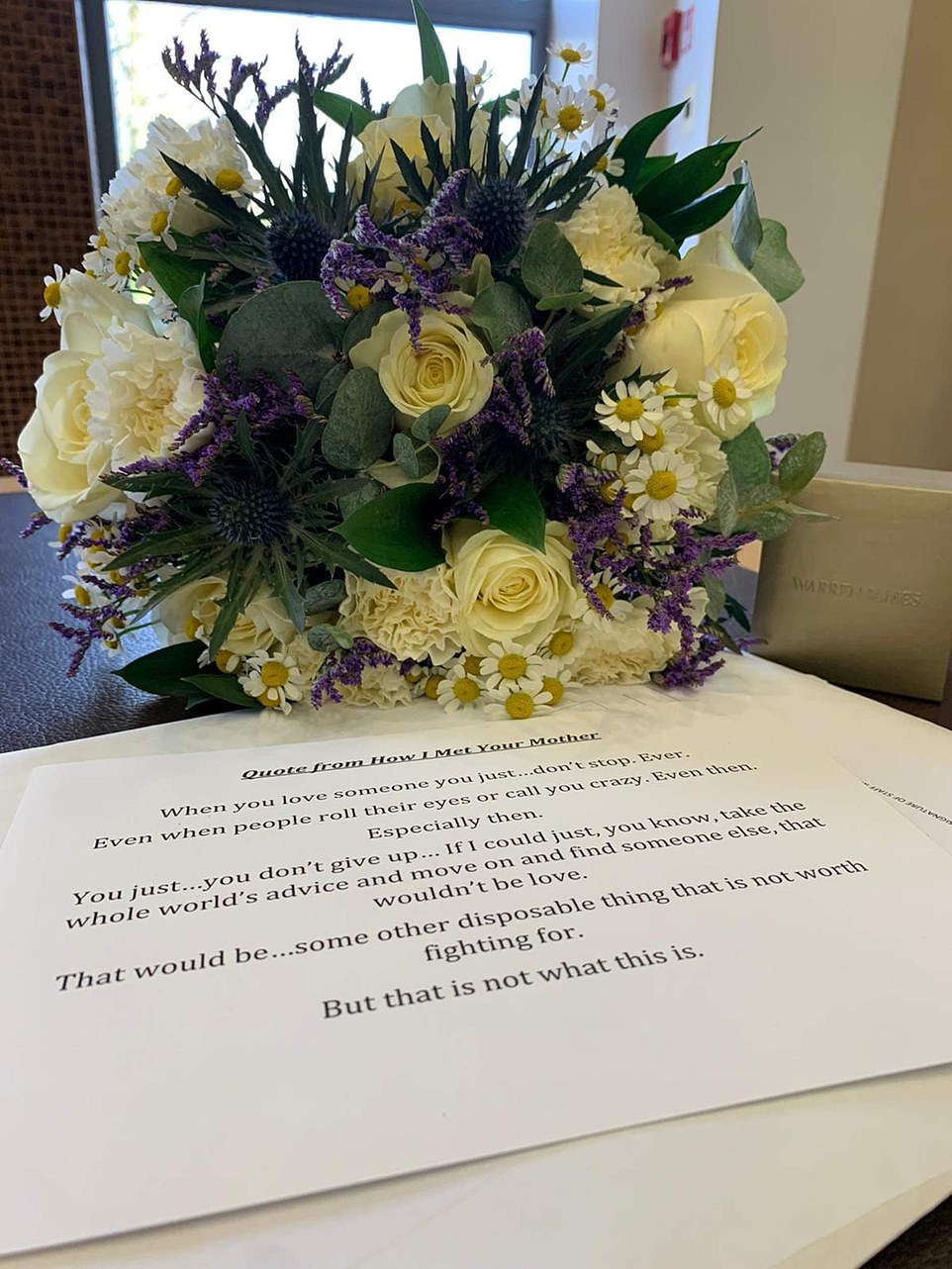 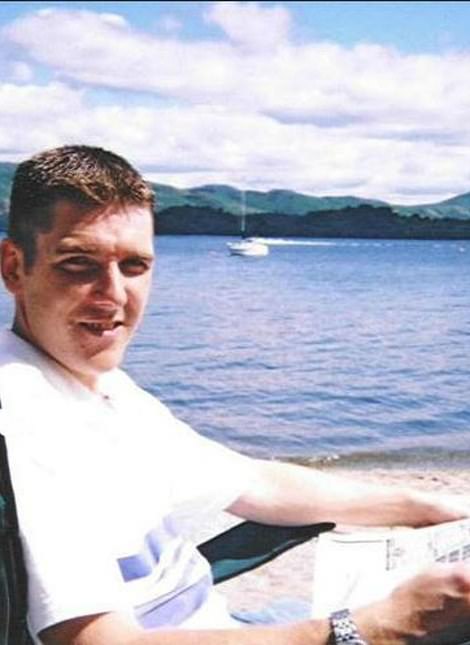 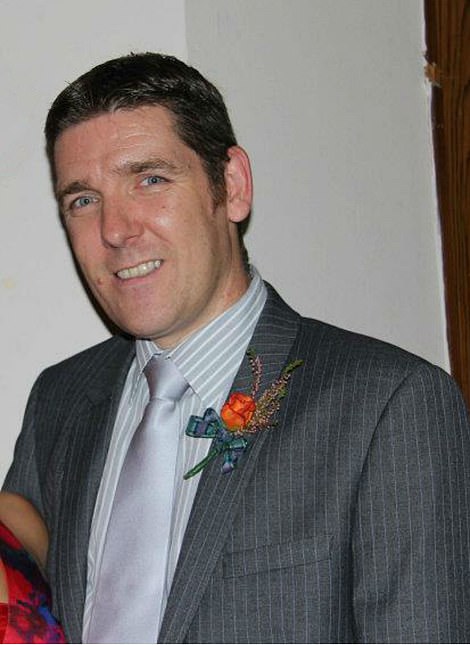 Dunsmuir (pictured left and right) and his former pupil Miss Reid married last year, with images of the two on their wedding day shared on to their social media accounts

‘She said the reason I had not been informed was because Megan was over 16, I felt that I was and still am Megan’s father and to find out via tittle-tattle I thought was poor.

‘I recall from the statement it said that Megan had gone for a meal with Mr Dunsmuir, I remember thinking why is he taking time out to come up to Largs and see Megan.

‘I thought that I was close to my daughter but the way that she was reacting to me when I asked her about her statement suggested otherwise.

‘I was offered and accepted a copy of Megan’s statement, I have always brought my children up to tell the truth.

‘I recall there was one question which asked if Megan had ever been alone with Mr Dunsmuir and she said no.

‘Megan accused me of treating her like someone in work – this happened at 9:45pm, she told me to f*** off four times in a row and exited via the window as I had taken her house keys.

He added: ‘Megan has a younger brother who experienced some bullying because of the whole situation.

‘Her mother had made it clear that she is not happy with the situation but does not want to lose her daughter.’ 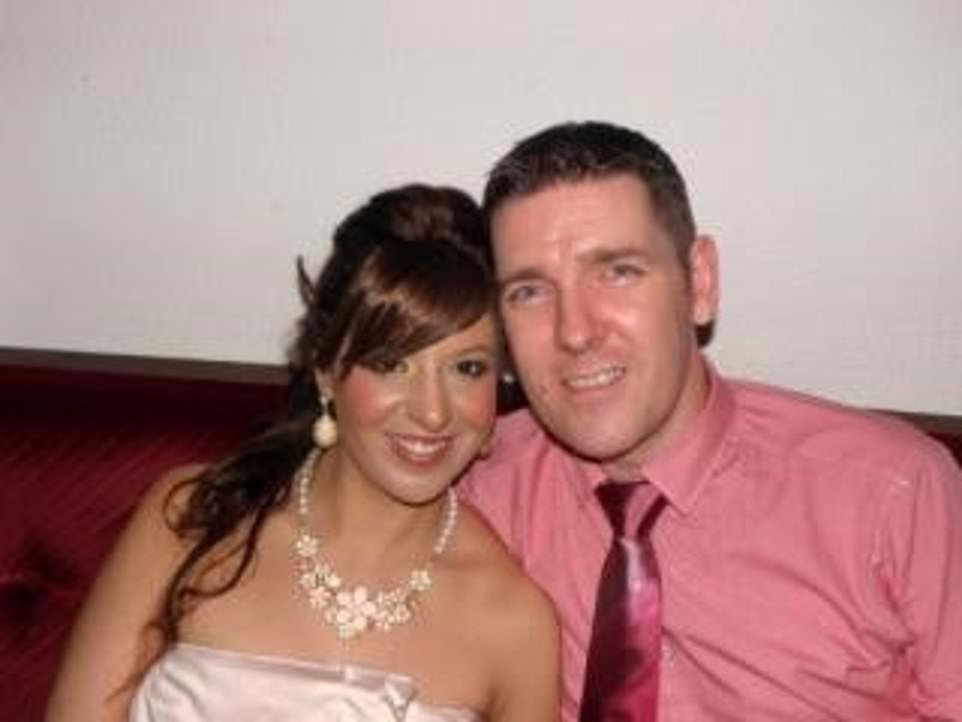 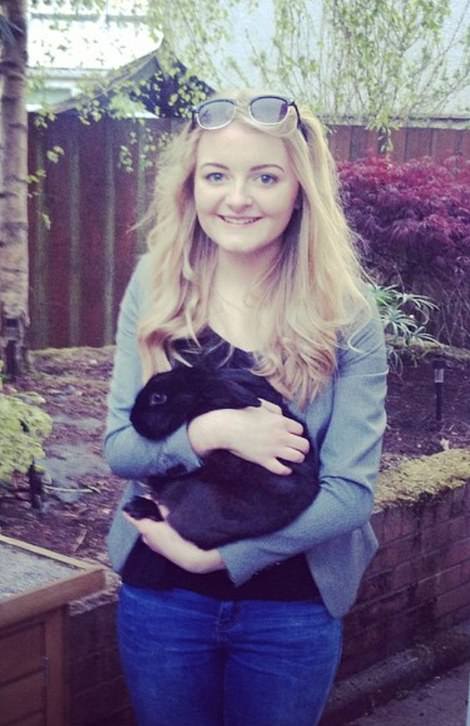 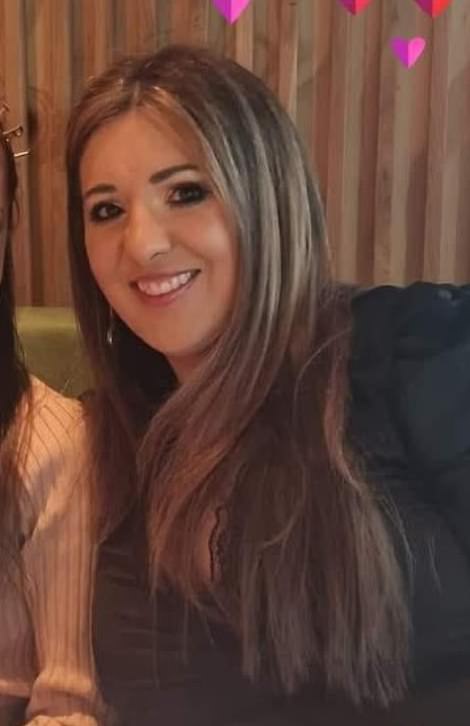 ‘When people ask about my daughter I struggle not to tell them that she ran off with her teacher,’ said Megan’s (pictured holding a rabbit) father Donald Reid. Gavin Dunsmuir’s ex-wife Shona Dunsmuir (right)

The GTCS also heard from Pauline Hughes, former principal teacher of RE at Largs Academy, who said: ‘I recall that the viewing panel of the door had been covered up with a flag.

‘It had been pinned over the glass. I entered the room and it was very clear I had interrupted them.

‘They were sitting across the table with their heads going into one another.

‘I was in a bit of shock or denial.

‘I just didn’t want to think anything untoward was happening – I was wrong, I should have been proactive and got the wee girl out of there.’

The couple’s relationship came to light after they were spotted in Lounge pub in Largs, North Ayrshire by a fellow teacher at the school.

The alarm was raised by the off-duty teacher who said his body language with the pupil made them ‘look like a couple’.

Dunsmuir did not attend any part of the hearing or arrange legal representation on his behalf.

Mum’s horror warning as her young toddler escapes the front yard and walks toward...