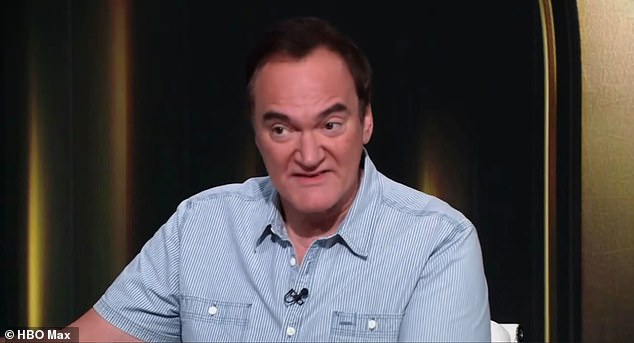 CNN anchor Chris Wallace has grilled filmmaker Quentin Tarantino on his relationship with disgraced film producer Harvey Weinstein asking why he ‘didn’t do more to stop him.’

Weinstein, the man who became the face of #MeToo allegations five years ago, is currently serving a 23-year prison sentence for sex crimes in New York. He has seven remaining charges set against him – two counts of rape and five other sexual assault counts.

In the revealing interview, Wallace is seen to probe Tarantino on the convicted rapist asking why he didn’t do more to protect the women who had made allegations.

The Pulp Fiction and Kill Bill movie maker said that he had wished that he’d had a ‘man to man’ chat with Weinstein.

‘For the most part, like I have always heard that Louis B Mayer did, and all the Hollywood moguls did to one degree or another,’ he said.

‘Again, it was easy to compartmentalize it to some degree. I feel bad about it now. 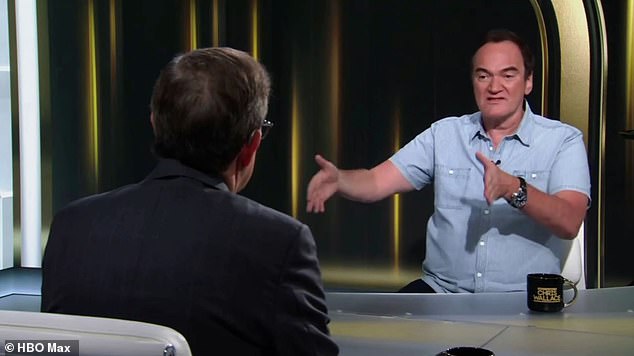 ‘But what I feel bad about is, I feel bad that I did not have a man to man talk with him about it.’

Tarantino said that he had never realized the severity of his actions but added that he didn’t want to get involved in his friends ‘pathetic’ behavior.

‘The reason I didn’t was because that’s a real hard conversation to have because I felt it was pathetic.

‘I felt what he was doing was pathetic and I didn’t want to deal with his pathetic-ness.’

If convicted on all counts, Weinstein faces a maximum sentence of 65 years to life in prison.

Tarantino claims he had never truly understood the serious nature of the sexual wrongdoings.

‘What I wish, what I wish I had done was talked to Harvey about it and said, ‘Harvey, you can’t do this.’ 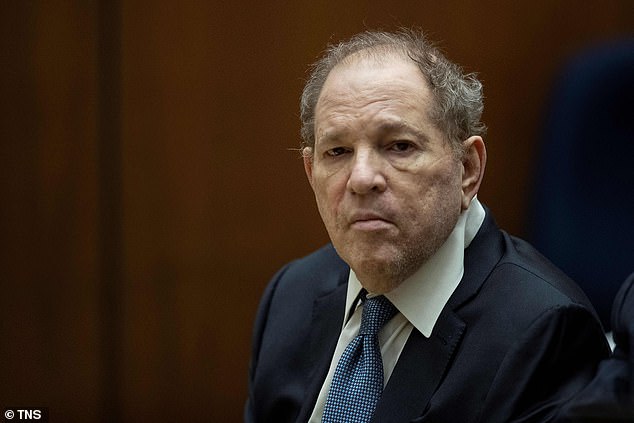 Weinstein, the man who became the face of #MeToo allegations five years ago, is currently serving a 23-year prison sentence for sex crimes in New York 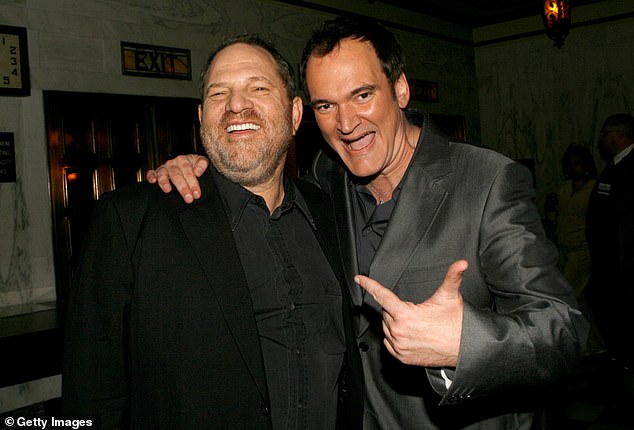 Tarantino appeared uncomfortable as Wallace questioned what he had thought was happening.

‘You know, frankly, to tell you the truth, I chalked it up to a Mad Men era version of the boss chasing the secretary around the desk,’ he said.

Tarantino proceeded to clarify that he was ‘not saying that’s okay.’

‘Everything I heard was more or less in that category. And as his friend, I wish I had been more of a friend and there was never any talk of rape or anything like that,’ he said.

The pair made nine movies together until they went their separate ways in 2017 when Weinstein faced several allegations of sexual harassment and assault.

When asked whether he had any regrets Tarantino said in hindsight he wishes he had done more.

‘I thought it was the way I described it. I didn’t think it was ‘Okay, you do this for me or you’re not going to get this movie,’ and I never heard any actresses say anything like that, he said.

‘It was just you know, ‘just don’t get in the back of a limo with him’ Right?

‘I didn’t know anything that anybody else didn’t know I’m just the one honest enough to say that look, you know, I had, heard some of these things. But not the things that came out.’ 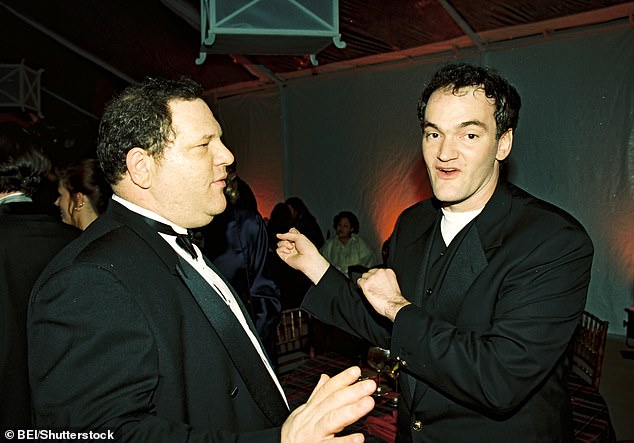 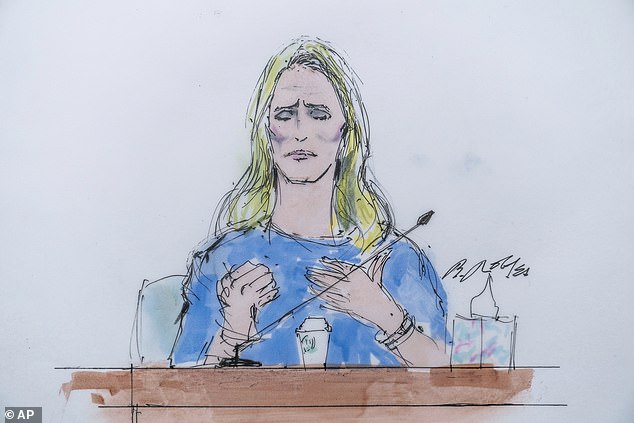 There are now seven charges remaining in Weinstein’s indictment involving four women. All four women have testified with Jennifer Siebel Newsom wrapping up her testimony this week

All four women have testified in the weeks-long trial with Siebel Newsom wrapping up her testimony on Tuesday.

This week a judge dismissed four sexual assault charges against Weinstein after prosecutors said they would not be introducing testimony from an accuser previously identified as Jane Doe 5.

The move had appeared likely since the trial’s opening statements three weeks ago, when prosecutors only mentioned four women Weinstein was charged with assaulting, leaving out Jane Doe 5.

The prosecutors at first kept the charges in place and left open the possibility that the woman would testify, while Weinstein’s defense had sought a definitive decision on the issue.

The Los Angeles County District Attorney’s Office has not provided an explanation for why they opted to leave the woman out of the trial. She was being represented by high-profile victims’ rights lawyer Gloria Allred, who is also representing Jane Doe 2.

The remaining seven charges against Weinstein are two counts of rape and five other sexual assault counts.

John Travolta reflects on his ‘special’ relationship with Kirstie Alley following her death at...

Huge crowds clash with police across France over pension reforms