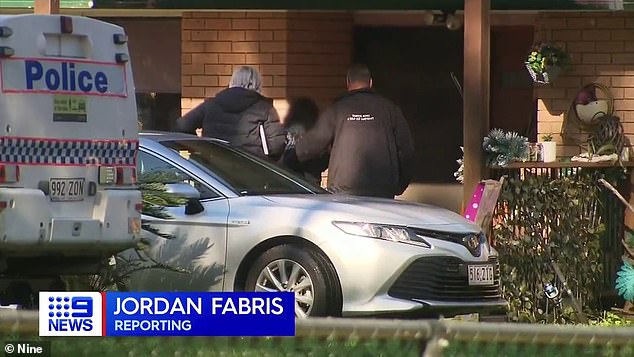 A grandmother has been assaulted and tied up during a violent home invasion in regional Queensland.

Angie Browne was in the bedroom of her house in Sheldon, north of Brisbane, at midday on Wednesday when she heard something being smashed.

The 49-year-old walked into another room before being attacked by the intruder, chasing her down the hall as she tried to hide in her bathroom.

She was left tied up in her Mount Cotton Road home until a family member came over and found the terrified grandmother.

Police say the intrusion was particularly brutal, with the grandmother being repeatedly assaulted by the man aged in his 20s.

‘This offender saw the victim, and chased her down the hall as she tried to take refuge in the bathroom,’ Detective Inspector Steve Hollands said.

‘She was assaulted by this offender, which caused her to blackout temporarily.

The man then grabbed her by the hair and pulled her out of the bathroom and down the hall.

‘She was then dragged into the lounge room where she was tied up with cable ties around her hands, and she was secured to a piece of furniture,’ he added.

‘The offender took her mobile phone away, and put it outside of the house.’

She was tied up with cable ties for nearly three hours before a family member arrived. 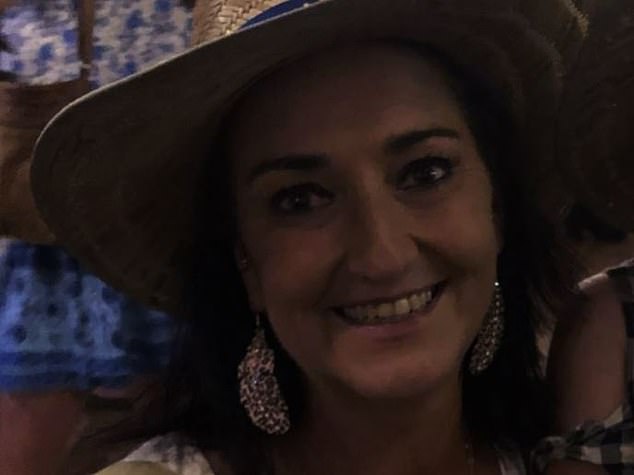 Angie Browne (pictured) was in the bedroom of her house in Sheldon, north of Brisbane, at midday on Wednesday when she heard something being smashed

She was taken to Redlands Hospital with cuts and bruises.

The man was described as being tall and slim, wearing a baseball cap, hoodie and bum bag.

Ms Browne believes she heard the man speaking to another male voice, but she never saw the individual.

Police say these types of home invasions are ‘very rare’ and urged anyone with information on the ‘cowardly’ attack to come forward.

‘This is the most cowardly type of offence that we can investigate,’ Det. Insp. Hollands said. 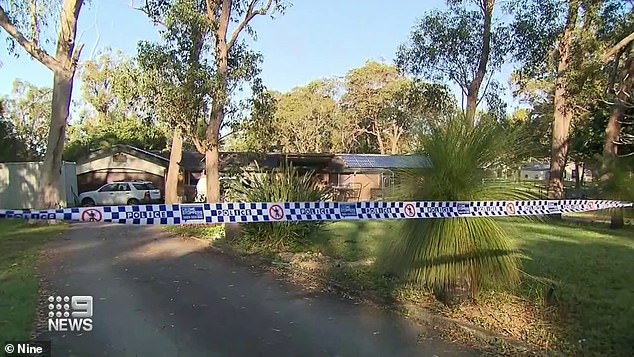 ‘We’ve got an innocent lady going about her business in her own home, and we have a person or persons breaking into her home and assaulting her.

‘As you can imagine, a very distressing time for her, and we’ll be very cognizant of her, not only her physical wellbeing, but her emotional, and her mental health.’

It’s not known whether anything valuable was taken during the invasion.

Anyone with information is urged to come forward to police.

Megan Fox shows off her washboard abs as she enjoys a Malibu date with fiancé...