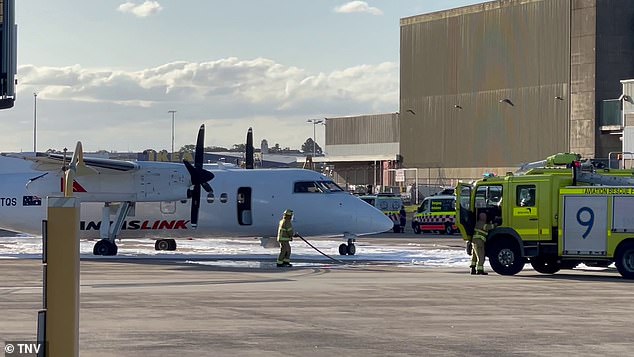 Passengers onboard a Qantas flight have been evacuated after the plane caught on fire upon landing.

The Qantas Link Dash-8 aircraft was travelling from Lord Howe Island, in the Tasman Sea, to Sydney Airport when it was forced to make an emergency landing.

All 24 passengers onboard the flight were safely evacuated and no one was injured.

A fire started near the aircraft’s tyres after the plane had landed.

There was no smoke in the cabin.

The fire has since been put out. Both fire and rescue and ambulance crews are at the scene.

More migrants arrive in Dover after being picked up by Border Force after 350...