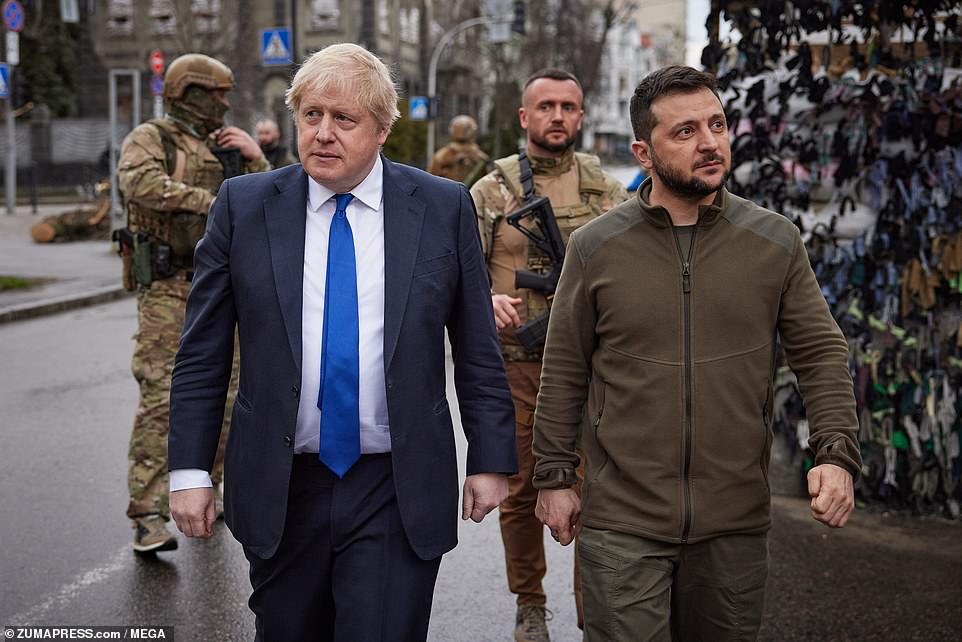 By Jack Wright For Mailonline

Deranged despot Vladimir Putin has taken out his anger over his failing war in Ukraine by banning Boris Johnson and British Cabinet officials including Liz Truss and Ben Wallace from entering Russia.

In a statement, Russia’s foreign ministry said it has slapped sanctions on 10 other UK government members and politicians including Dominic Raab and Priti Patel in view of the unprecedented hostile action by the British Government, in particular the imposition of sanctions against senior Russian officials’.

Moscow threatened to expand the list ‘soon’, adding:  ‘This step was taken as a response to London’s unbridled information and political campaign aimed at isolating Russia internationally, creating conditions for restricting our country and strangling the domestic economy.’

The Kremlin last month effectively branded Mr Johnson Russia’s public enemy No1 over his role in galvanising Western nations against punishing Putin’s regime for its illegal and barbaric war against neighbouring Ukraine launched in February.

The Russian tyrant’s notorious spokesman Dmitry Peskov, who has himself been sanctioned by the UK, singled out the PM as the ‘most active’ opponent of his brutal war, warning: ‘As for Mr Johnson, we see him as the most active participant in the race to be anti-Russian. It will lead to a foreign policy dead end.’

Mr Johnson has accused Russia of committing war crimes in Bucha and Irpin, and has reiterated his mantra that ‘Putin must fail’ – a policy he emphasised yet again when he was apologising to the British public after being fined by Scotland Yard for breaking Covid lockdown laws.

At a press conference with Ukrainian President Volodymyr Zelensky, the PM said: ‘What Putin has done in places like Bucha and Irpin is war crimes that have permanently polluted his reputation and the reputation of his government.’

President Zelensky has also hailed Mr Johnson as the ‘leader’ of the ‘anti-war coalition’ – a sentiment which is likely to have irritated, indeed angered, Putin and his cronies.

The PM acknowledged he was ‘deeply hostile’ to Putin’s war, but insisted he was ‘not remotely anti-Russian’.

Speaking at an emergency NATO summit in Brussels, he likened Putin’s tactics to those of the Nazis, saying: ‘What Vladimir Putin is doing, the way he’s leading Russia at the moment, is utterly catastrophic – his invasion of Ukraine is inhuman and barbaric.

‘And the conduct of that invasion is now moving into the type of behaviour that we haven’t seen in the continent of Europe for 80 years, and it’s horrific. So you can be sympathetic towards ordinary Russians, who are being so badly led, but you can be deeply hostile to the decisions of Vladimir Putin.’

This is a breaking news story. More to follow. 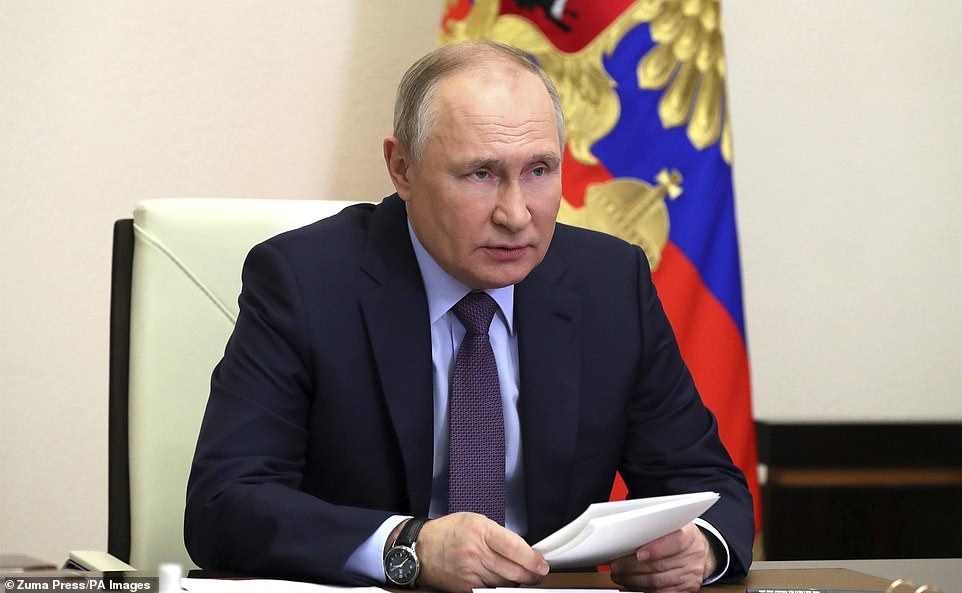 Putin chairs a video conference call on the situation in the oil and gas industries, from the official residence at Novo-Ogaryovo, April 14, 2022

‘Would you send Jesus to Rwanda?’ GMB host Adil Ray clashes with minister in...

First coaches carrying migrants out of Manston compound set off