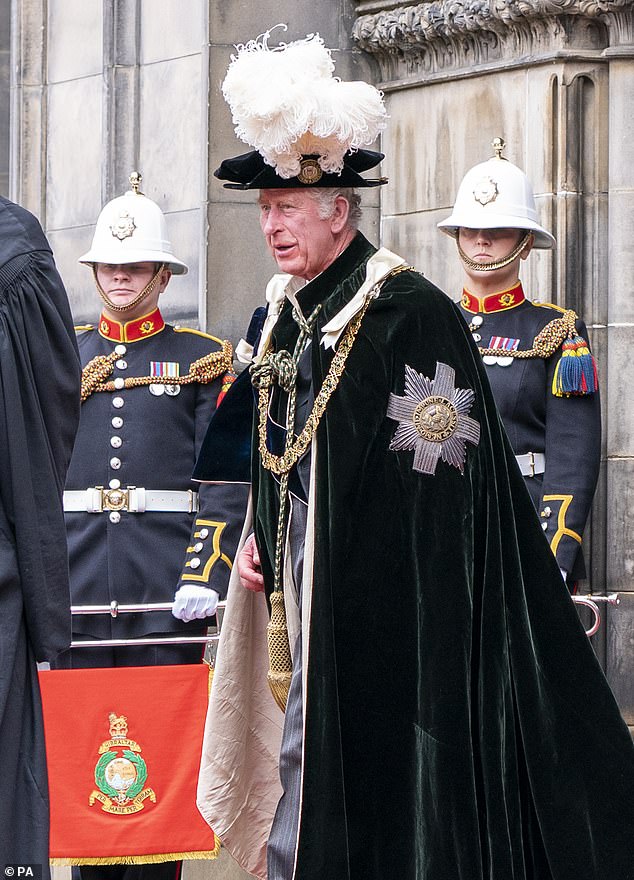 Prince Charles’ yearly income soared to £23million last year as value of his estate leapt to a record £1.2billion

The value of his Duchy of Cornwall estate soared to a record £1.2billion.

The jump of nearly £93million on the previous financial year – up just over 15 per cent – came as the Duchy experienced a post-pandemic ‘bounce back’ thanks to staycations and a record year for trading.

The estate is a thriving portfolio of land, property and investments including the Isles of Scilly, The Oval cricket ground and Dartmoor Prison. Charles is entitled to the profits, and voluntarily pays income tax.

The value of Prince Charles’s Duchy of Cornwall estate soared to a record £1.2billion

The popularity of staycations amid the Covid crisis boosted income from the Duchy’s holiday cottages with record bookings, while the Duchy plant nursery in Lostwithiel, Cornwall also had a strong year.

Alastair Martin, the Duchy’s Secretary and Keeper of the Records, said: ‘This year has seen a return to more normal conditions and a record financial performance.

‘Indeed, the bounce-back from the pandemic has been quicker than anticipated for many of our tenants, and therefore for us.

‘Many people chose to remain in the UK for their holidays and sought out the quality offer we provide, resulting in record bookings and visits.’

Yesterday Charles joined the Queen for an unexpected public appearance at a unique military event in Edinburgh.

In the gardens of the Palace of Holyroodhouse, more than 300 officers and archers from the Queen’s Body Guard for Scotland marched in the Reddendo parade.

While the prince inspected the royal company for his mother, the 96-year-old monarch – who has suffered a string of health issues in recent months – looked radiant as she watched.

The trustees of the charity to which the Prince of Wales handed over bags of cash given to him by a Qatari sheikh have reported a ‘serious incident’ to the Charities Commission.

The Prince of Wales’ Charitable Fund received £2.5million, given to Charles over three separate occasions by Sheikh Hamad bin Jassim bin Jaber Thani, the former prime minister of Qatar, between 2011 and 2015.

Last night the Charity Commission confirmed news of the ‘serious incident report’ which can cover everything from natural disasters to harm to a charity’s work or reputation.

But sources stressed that it was considered a ‘procedural’ move, expected under the circumstances, especially when a charity has found itself under massive media scrutiny.

Amanda Holden shares a snap with her sister Deborah as they reunite after two...

Harry Styles accepts school girl’s invitation to prom as she breaks down in tears...

Emily Ratajkowski drops jaws as she shows off her black lace lingerie in completely...