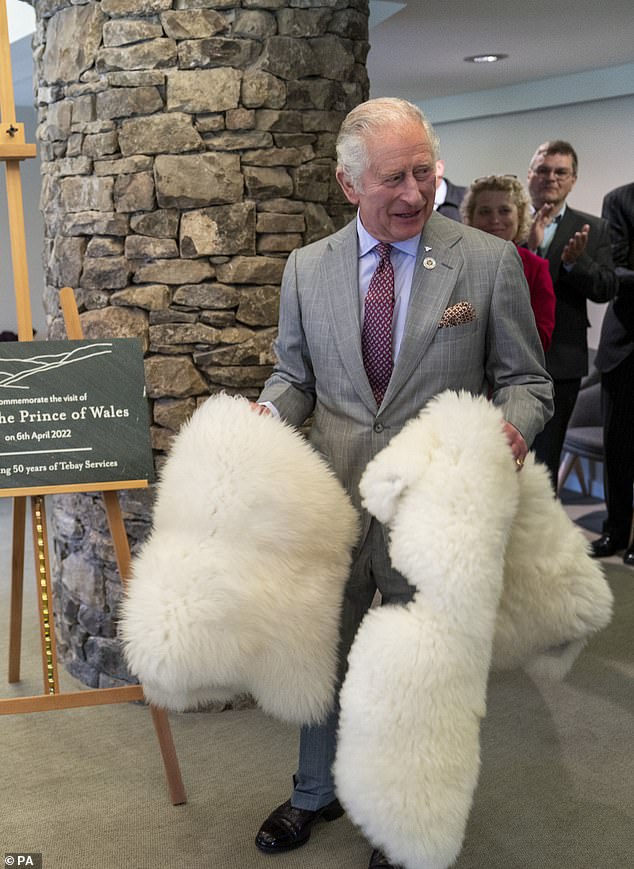 Prince Charles had enjoyed a busy day in Cumbria today, where he visited one of the UK’s poshest service stations

The 73-year-old Prince of Wales toured Tebay Services’ shop, located by the M6, in the Eden district of Cumbria, to mark the 50th anniversary of the outlet, which even has its own farm, kitchen and butchers attached.

He was treated to some of the cheese produced at the shop’s farm, and got to meet some of the local producers working with Tebay,  which is one of the establishments that benefits from the support of his Prince’s Countryside Fund.

During his visit, the heir-to-the-throne seemed very amused as he unveilled a plaque commemorating the service’s station’s milestone, which was covered in sheep wool.

After his visit to the service station, Charles headed to the Newton Rigg agricultural college.

The 73-year-old Prince of Wales toured Tebay Services’ shop, located in the Eden district of Cumbria, to mark its 50th anniversary 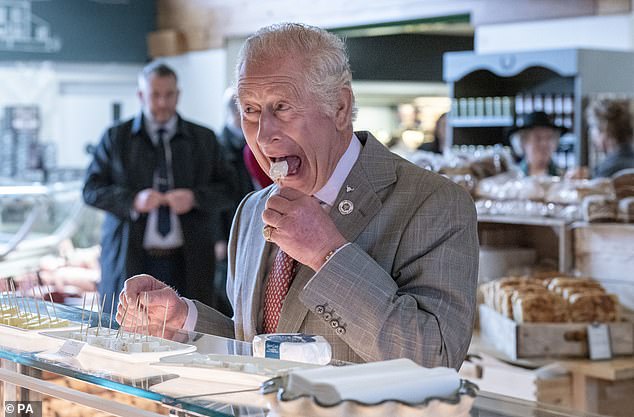 Prince Charles enthusiastically sampled the local food sold at the Tebay Services, which has its own kitchen, and seemed to particularly like the cheese it produces 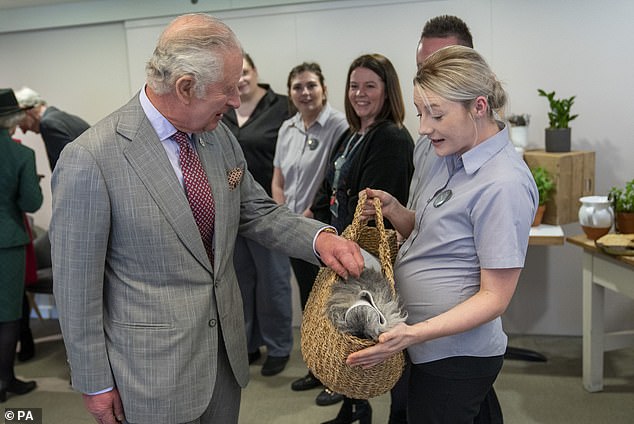 For today’s event, smart dresser Charles donned a light grey suit with a light pink shirt and a red and blue tie, paired with an orange and gold pocket square.

The royal had also pinned a badge to the lapel of his jacket for his Prince’s Countryside Fund, a programme of which he is patron that aims to support sustainable farming with grants programme.

Tebay Services is one of the businesses that benefit from this programme.

The Prince of Wales was as cheerful as ever as he met with the service shop’s staff and some of the producers who work with it. 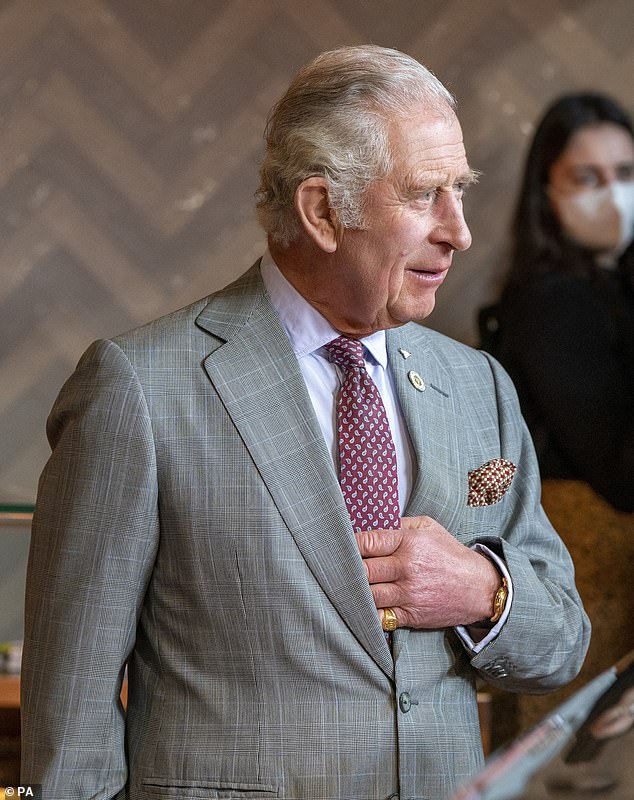 For today’s event, the Prince of Wales donned a grey lined suit with a light blue shirt and a red and blue tie 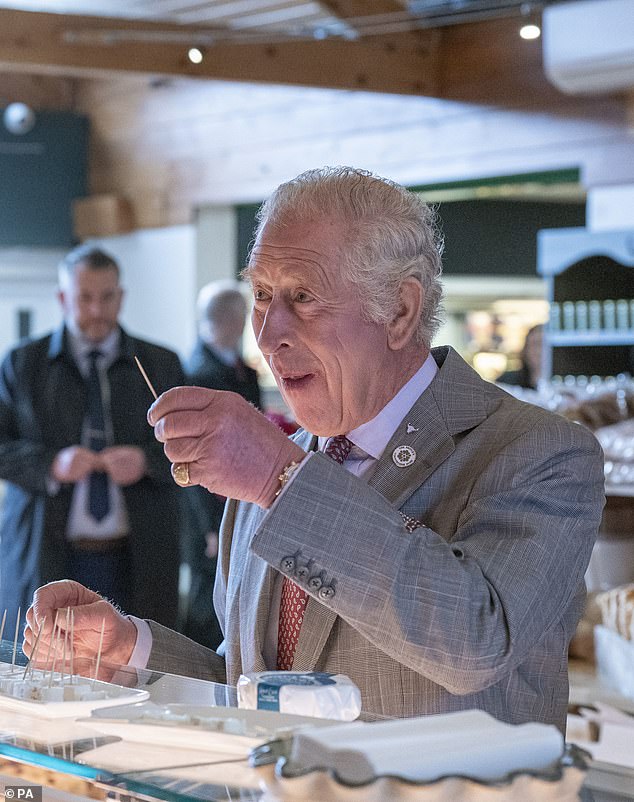 He enthusiastically sampled the local cheese during his visit, chatting with the producers behind the counter.

Charles was his usual chatty self has he hopped from one stand to the others and exchanged pleasantries with the producers who patiently waited to introduce their produce to him.

He seemed particularly impressed with a sample of grey wood one of the producers presented him with. 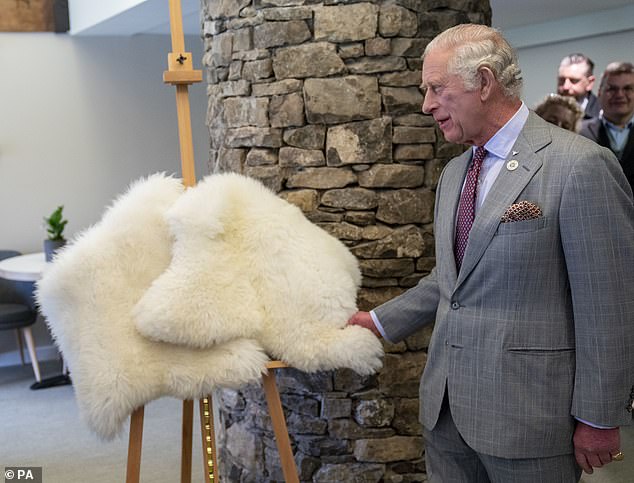 The Prince of Wales moved on to unveil a plaque during his visit, which was covered with wool rather than a basic piece of cloth 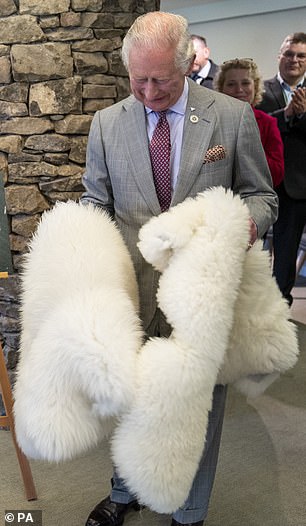 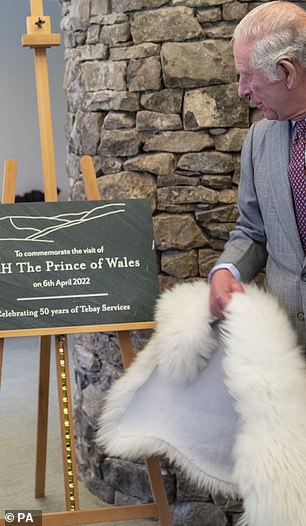 As he unveilled a plaque commemorating his visit and the shop’s 50th anniversary, Charles seemed very amused by the fact it was covered in sheep wool

The senior royal was left in stitches when came time to unveil a plaque commemorating his visit.

The Prince of Wales seemed to be very amused by the fact the plaque had been covered with sheep wool rather than a basic cloth.

After he unveilled the plaque, he burst into laughter, the wool still in hand, as the rest of the attendees chuckled.

Founded in 1972 by John and Barbara Dunning, now in their eighties, when the M6 was built across their farm, Britain’s first family-run service station has been building a faithful following, with some customers travelling hundreds of miles to sample their Sunday Roast.

Tebay Services as a lot to celebrate this year, as it was awarded the Specialist Food Retailer of the Year 2022. 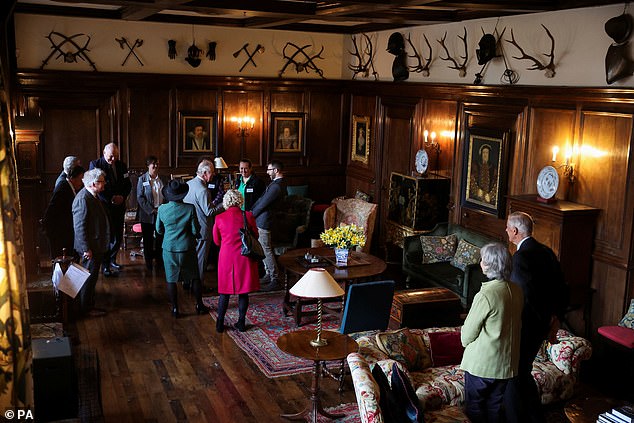 After his visit to the service station, Charles headed to the Newton Rigg agricultural college where he met with faculty members 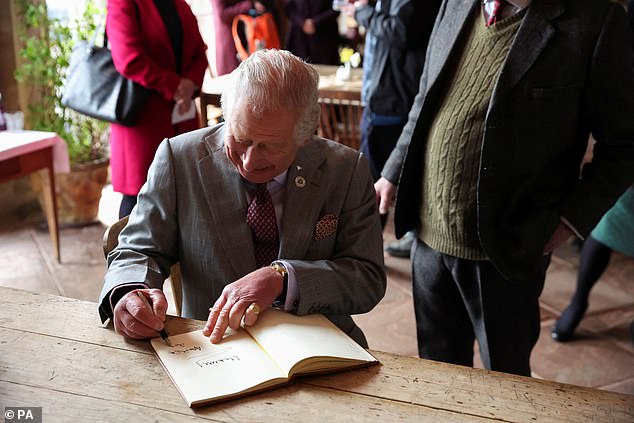 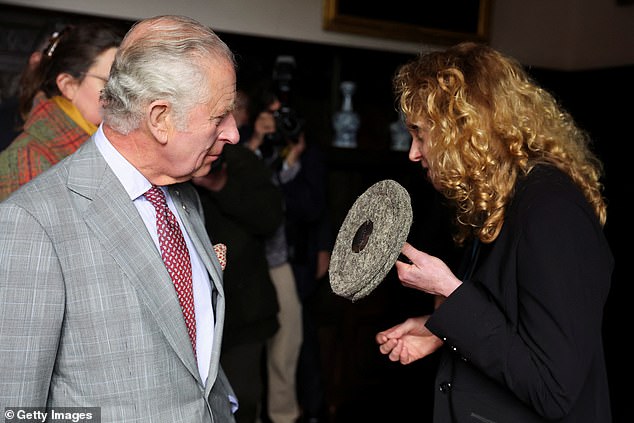 Leelee Sobieski’s new life: The actress who worked with Tom Cruise is now a...