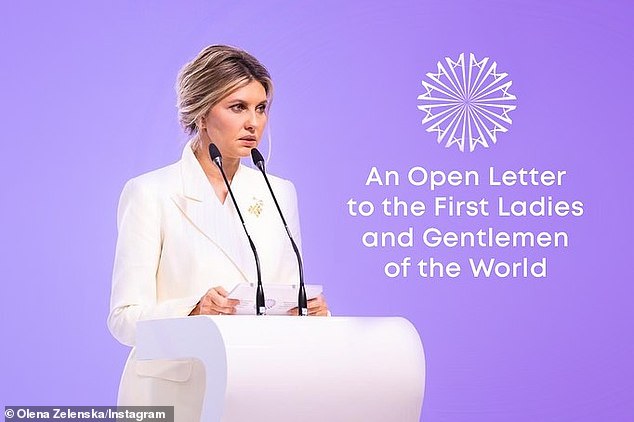 Ukraine‘s First Lady Olena Zelenska has revealed the last time she was able to see her husband in person while opening up about how Ukrainian women are dealing with the war in their country.

On the day of the invasion, the First Lady remembers being woken up between 4-5am by a loud noise, which she later learned was an explosion.

It was the last time she saw her husband in a suit, she said. After then, it was all military.

‘It started,’ was all Zelensky said, according to an interview with Vogue.

Ukraine’s First Lady Olena Zelenska opened up about the plight of Ukrainian women suffering under Russian occupation. She revealed she has only been able to speak with her husband over the phone since the first few days of the war.

The president’s office soon became a military facility in the opening days of the war, separating president Zelensky from his family.

She that day, they have spoken only by phone.

Asked what she said to her nine-year-old son and 17-year-old daughter, the First Lady explained: ‘There is no need to explain anything to children. They see everything, as does every child in Ukraine. Surely, this is not something that children should see – but children are very honest and sincere. You can’t hide anything from them.’

She spoke of the patriotism embedding itself within Ukrainian youths because of the war, who she said would grow up to be patriots and defenders of their homeland.

When it comes to children, the best strategy is the truth, she added. 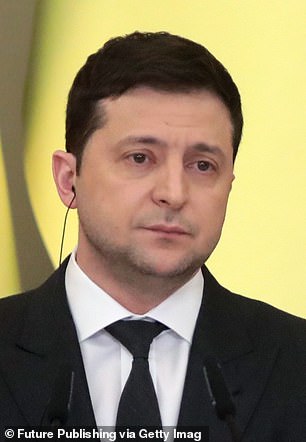 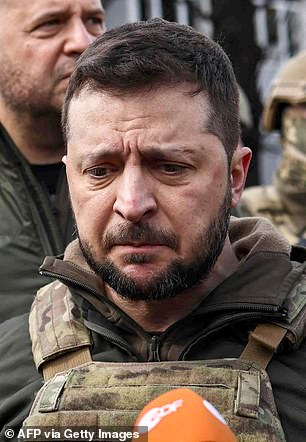 Ukraine’s president Zelensky has been separated from his wife since the opening days of the war. She said the opening missile strikes was the last time she saw him wear a suit. Now, Zelensky has since swapped his formal wear for military gear, which he is rarely pictured without.

The First Lady said Vladimir Putin had set out to divide the people of her country, but that such a task was impossible with Ukrainians.

‘It is this personal anger and pain, which we all feel, that instantly activates the thirst to act, to resist aggression, to defend our freedom.’

She described how Ukraine had become a country of volunteers: with artists, restaurateurs and hairdressers all working together to help their brothers in arms.

Thousands of women have had to give birth in bomb shelters, like the one in Mariupol, because of the conditions they are living under.

Many women have risked their lives while fleeing occupied cities on foot, taking their children without the help of their husbands, brothers and fathers – who all had to stay and fight the invaders.

As the cities become de-occupied, the world is realising what those women were fleeing, she said. Bucha, and other villages around Kyiv, have been liberated after Russian forces retreated, revealing mass graves of slaughtered civilians.

Some four million Ukrainian women and children have migrated to other countries, starting their lives all over again far away from home.

She said she was infinitely grateful for the countries which had taken in Ukrainians fleeing the war with Russia, but added her voice to the call for the enforcement of a no-fly zone – with the hope of preventing Russian rocket attacks on civilian areas.

The First Lady launched a Telegram channel inviting Ukrainians to share their war experiences, using the messages as a way of documenting the history of their country so that their personal stories can be remembered. 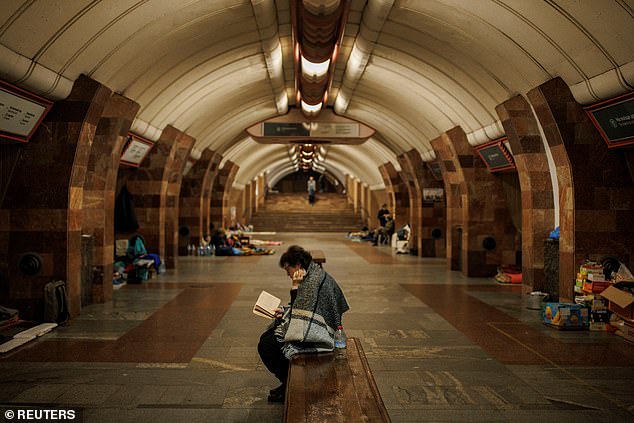 A woman reads a book as residents find shelter from shelling in a metro station, amid Russia’s attack on Ukraine, in Kharkiv, Ukraine, April 11, 2022 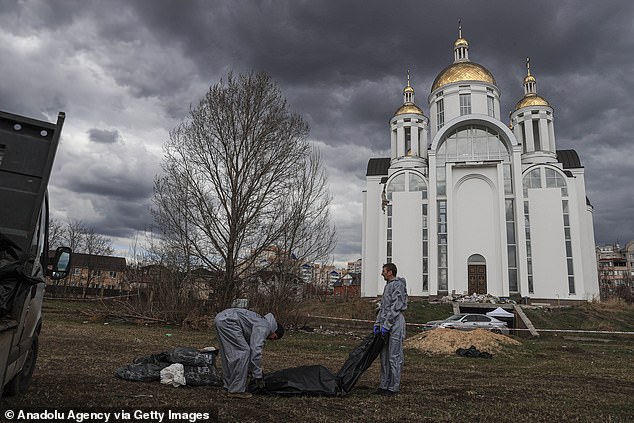 Officials exhume the bodies of civilians who died during the Russian attacks, from mass graves in Bucha, Ukraine on April 11 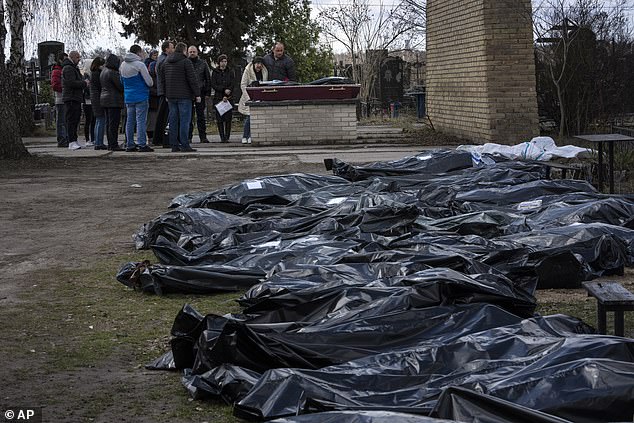 A family mourns a relative killed during the war with Russia, as dozens of black bags containing more bodies of victims are seen strewn across the graveyard in the cemetery in Bucha, in the outskirts of Kyiv 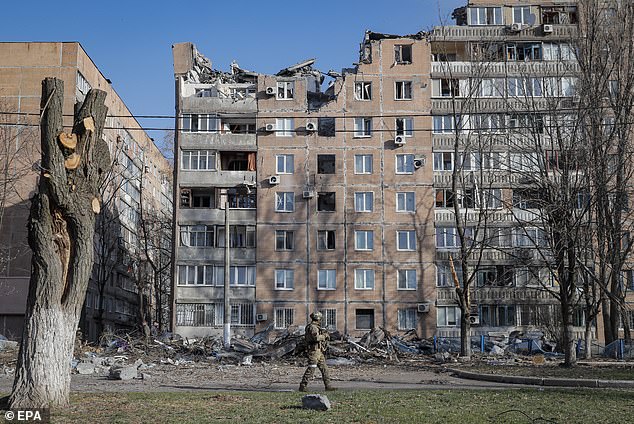 A Russian serviceman walks in front of destroyed apartment buildings in the shelling of two weeks ago by a ‘Uragan’ missile, in Donetsk, Ukraine, 11 April 2022

Love Island 2022: Meet the Islanders as the new series is just one week...

Elon Musk lists 18 investors who have committed $7bn of equity to help fund...