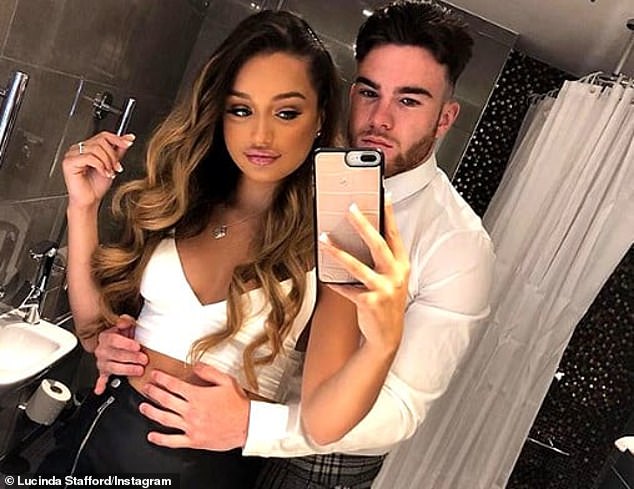 Police were called to the £1.5million mansion of Aaron Connelly before his reported split from Lucinda Strafford following an alleged bust up between the pair.

Former Love Island star Lucinda, 22, is said to have confronted footballer Aaron, also 22, following an evening out at at Shooshh nightclub in Brighton over suspicions he had cheated on her, prompting a furious spat.

It is claimed Lucinda was calmed down by police when they were called to Brighton and Hove Albion player Aaron’s West Sussex home at 5.30am last Sunday.

Spat: Police were called to the £1.5million mansion of Aaron Connelly before his reported split from Lucinda Strafford following an alleged bust up between the pair (pictured in 2020)

A source told The Sun: ‘Their relationship had been toxic for some time before this.

‘They broke up last year then wanted to give it another shot, but it just doesn’t look like it’s going to work.

‘Lucinda had a nice night out with her friends but later went to his place where things completely erupted. 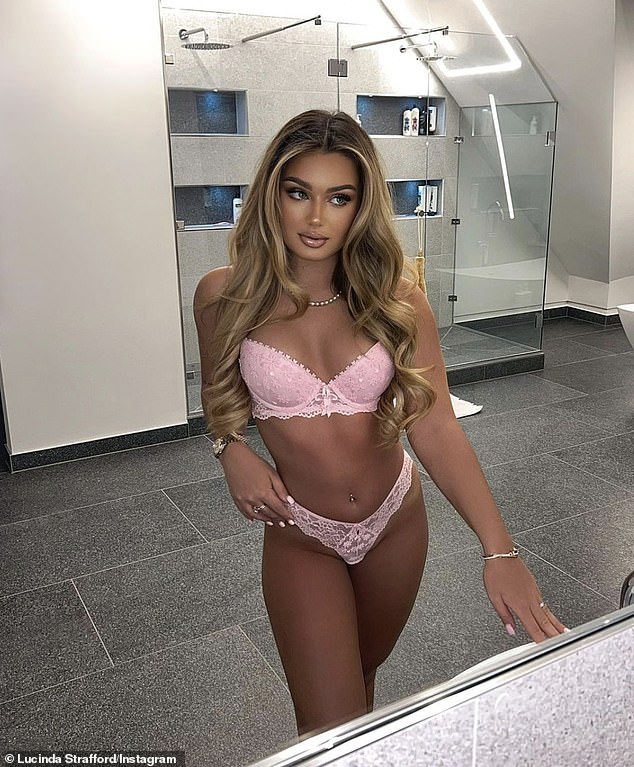 ‘She’s had to put up with a lot during their relationship and she questioned him about him apparently cheating on her.

‘She kicked off and police were called. She needed calming down by cops.’

A neighbour added that they heard a woman shouting after police were called and let in to the gated community where Aaron lives.

MailOnline has contacted representatives for Aaron and Lucinda, and Sussex Police for comment.

It emerged this week that Lucinda had split from Aaron after dating him on and off for three years. 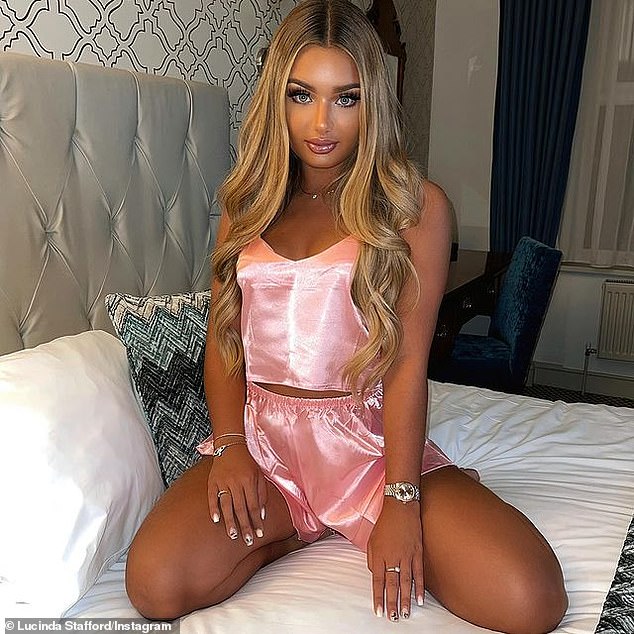 Oh no: The reality star and the Brighton player have dated on and off for three years, with many previously accusing her of being with him when she appeared on Love Island

The pair unfollowed each other on social media and Lucinda told her fans she was ‘loving me, myself and I’ when quizzed on her relationship status in a Q&A on her Instagram stories.

A source told The Sun: ‘Everyone thought Lucinda and Aaron would make a real go of things this time round.

‘Aaron was pretty cut up when she decided to do Love Island but they moved on from it and seemed stronger than ever.

‘In the end they just couldn’t make it work and have decided it would be better for both of them if they remained single.’ 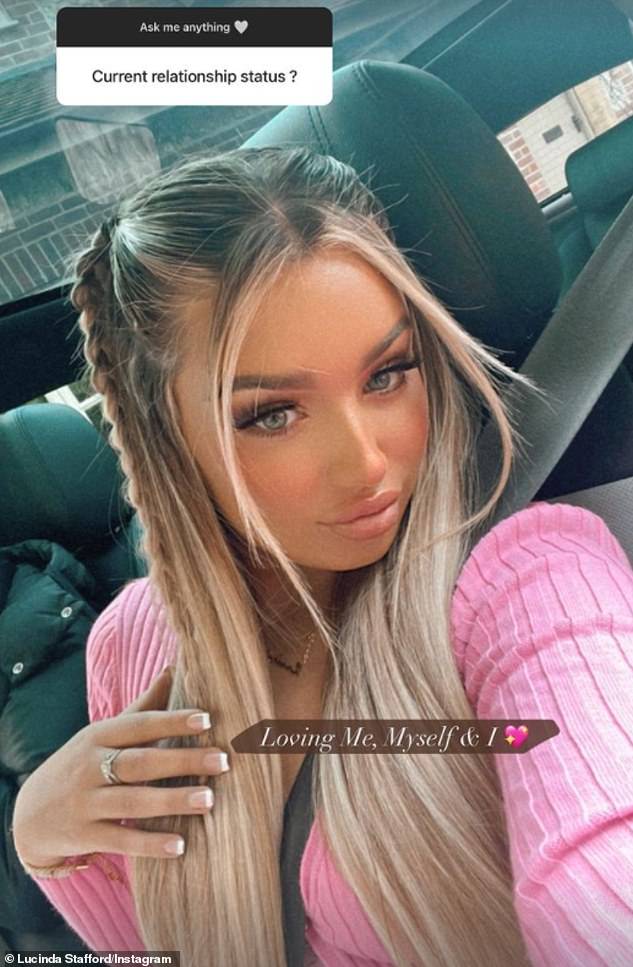 Honest: The pair have unfollowed each other on social media and Lucinda has told her fans she was ‘loving me, myself and I’ when quizzed on her relationship status on her Instagram stories

Last summer Lucinda denied claims she was dating Aaron during her time on Love Island last year, laughing off reports he drove her to the airport before she flew to Mallorca.

She insisted she was single throughout her time on the show, and denied claims she ‘reconciled’ with ex-boyfriend Aaron who was reportedly dog-sitting her pug.

According to Lucinda, her relationship with the footballer ended four months before the show and he had no idea she was going on Love Island. 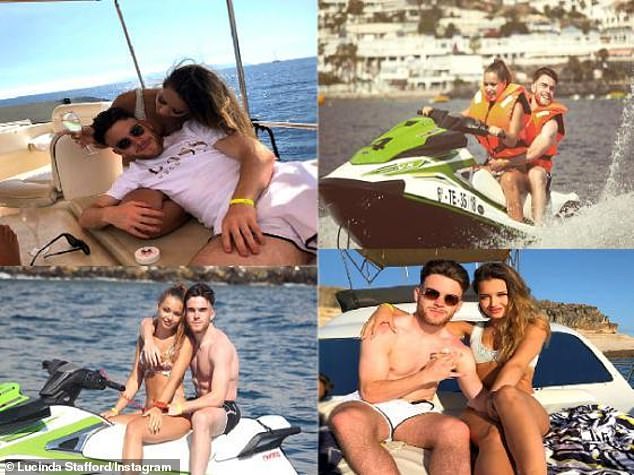 Exes: A source told The Sun of their split: ‘Everyone thought Lucinda and Aaron would make a real go of things this time round’ (pictured together in her birthday tribute last year)

She said: ‘I am completely and utterly single. Never in a million years would I go on Love Island if I was in a relationship, and I’m sure if I had a boyfriend, he wouldn’t be very happy with it either.

‘We ended quite dramatically at the start of March but then we made friends, and we share a dog, it’s a shared dog and he’s been looking after it.

‘It was at my mum’s house and my mum couldn’t look after three dogs, so it seemed right, he was looking after it. 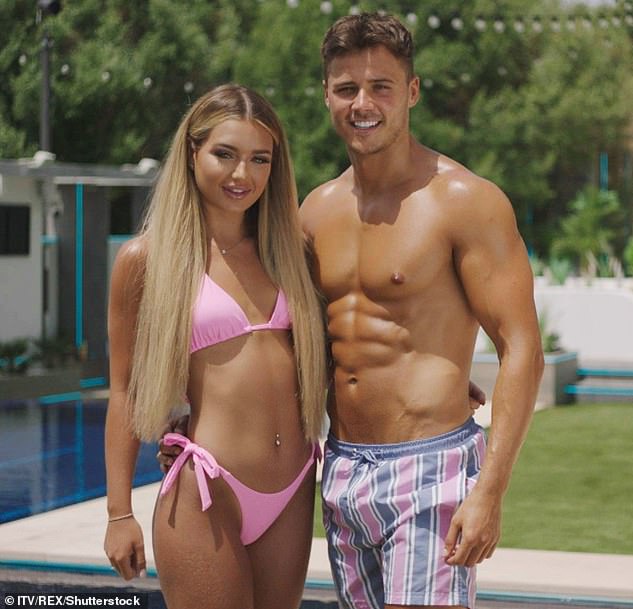 Together? The couple were still close when she went into the villa and cracked on with co-stars including Brad McClelland (pictured), Danny, and Aaron

‘We broke up quite a while ago now, but the ship has definitely sailed between him and me.

‘He had no idea I was going on Love Island, and it was a shock to him. Apparently, he drove me to the airport, which is a complete and utter lie, I got a taxi. Hopefully, he’s moved on and I definitely have. It was a funny rumour!’

However, she quickly dumped Aaron Francis – who she left the show with – and former villa flame Brad McClelland after touching back down in the UK, before getting back together with Aaron. 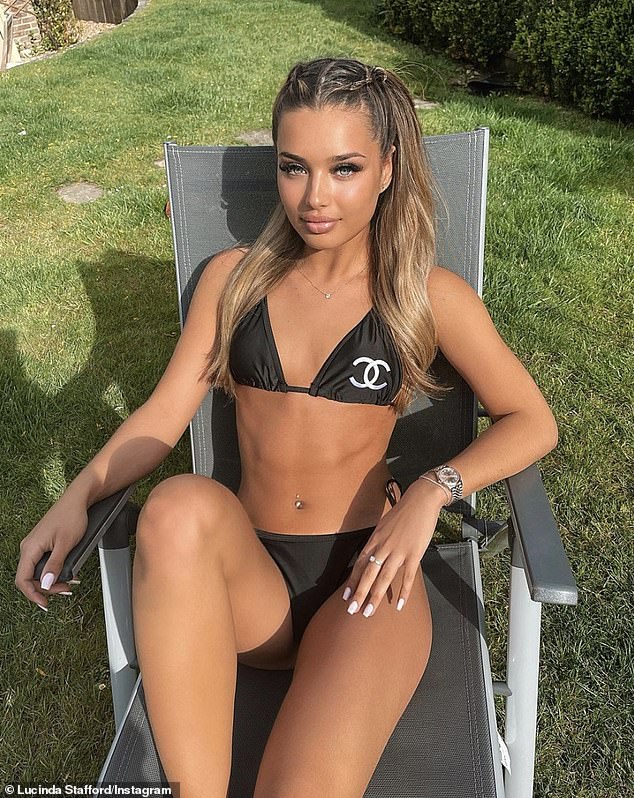 Not true: Last summer Lucinda denied claims she was dating Aaron during her time on the series, laughing off reports he drove her to the airport before she flew to Mallorca

Ferne McCann says she ‘can’t wait for the viewers to see me happy’ ahead...

A cut above the rest! Barber tours UK to give out FREE haircuts to...

John Waters once ran into Angela Lansbury at a ‘dungeon-like sex club’ in New...