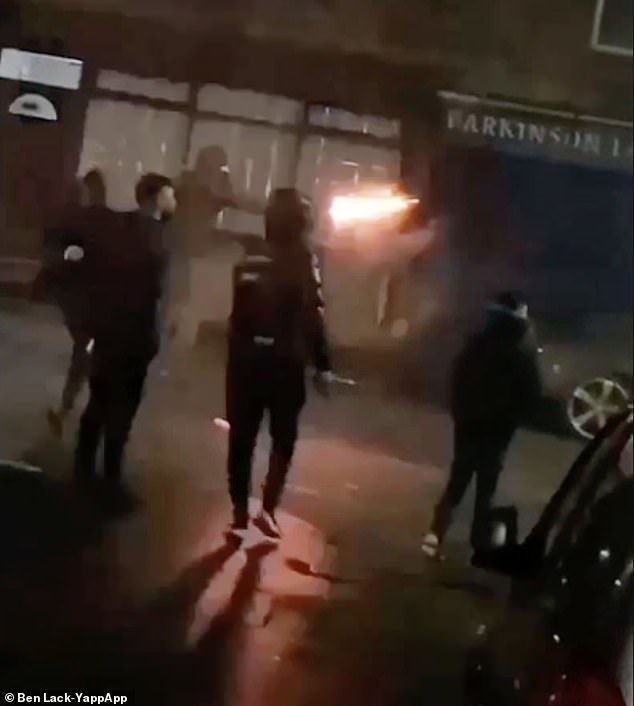 Police have released footage of chaotic Bonfire Night scenes in the minutes before a teenage boy reportedly died while running from the scene.

West Yorkshire Police were pelted with fireworks on Saturday, November 5, between 5pm and midnight in Halifax and described the events as ‘totally unacceptable’.

They called to multiple incidents following reports of youths lighting fireworks and throwing them at moving cars and towards houses.

During the incident, Qais Muhammad was running away and fell through a greenhouse after jumping a fence. He later died from his injuries.

A total of 18 males have now been arrested in connection with the incidents in the Park Ward area on Plum Street, Hopwood Lane and Parkinson Lane.

They are aged between 12 and 23 with 15 from the Halifax area and have been arrested for violent disorder with all released on police bail pending further investigation. 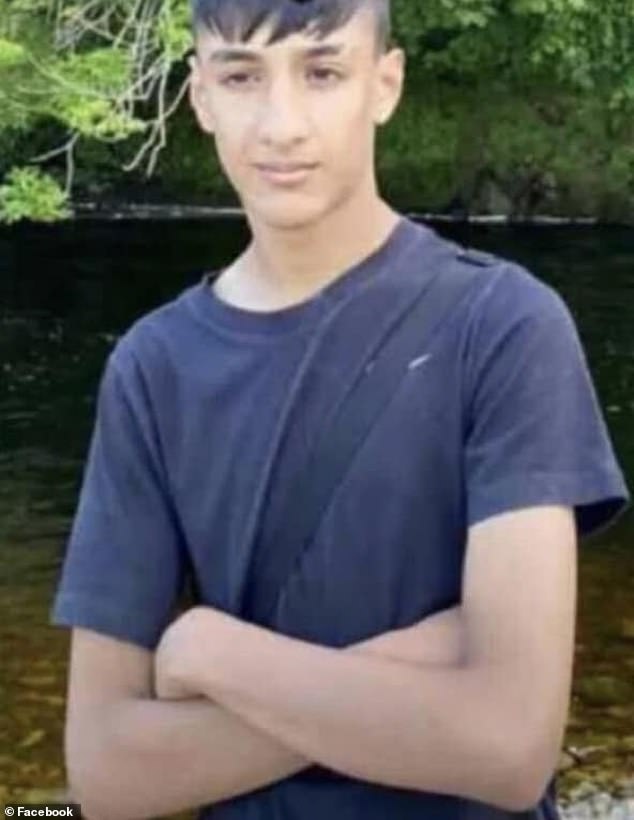 Qais Muhammad, 17, died on Bonfire Night after reportedly falling through a greenhouse in Halifax, West Yorkshire

Now the police are continuing to investigate the incident and are asking for anyone with any information to come forward.

They are particularly looking for anyone with CCTV, dash cam or video footage between 5pm and midnight on Saturday evening.

Detective Chief Inspector Samantha Lindsay of Calderdale District Police said: ‘Some of the behaviour witnessed in the Park Ward area of Halifax on Sunday was totally unacceptable and undermines the hard work, which was undertaken by a host of agencies, which led to otherwise peaceful celebrations across the district.

‘Initial enquiries suggest most of those involved in the disorder are members of our community and not from other areas of the county.’ 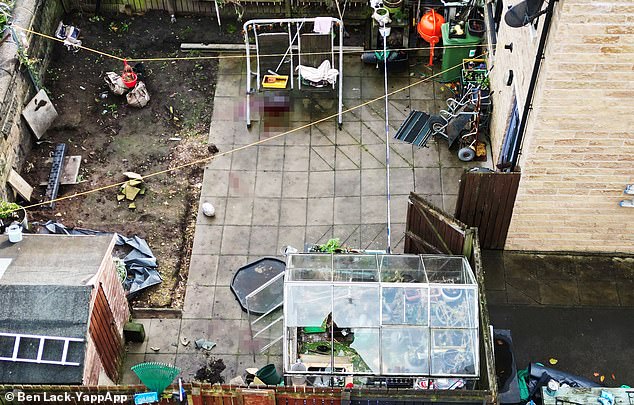 The crime scene in Halifax. The teenage boy died after reportedly climbing over a fence to escape police, crashing through the greenhouse pictured above 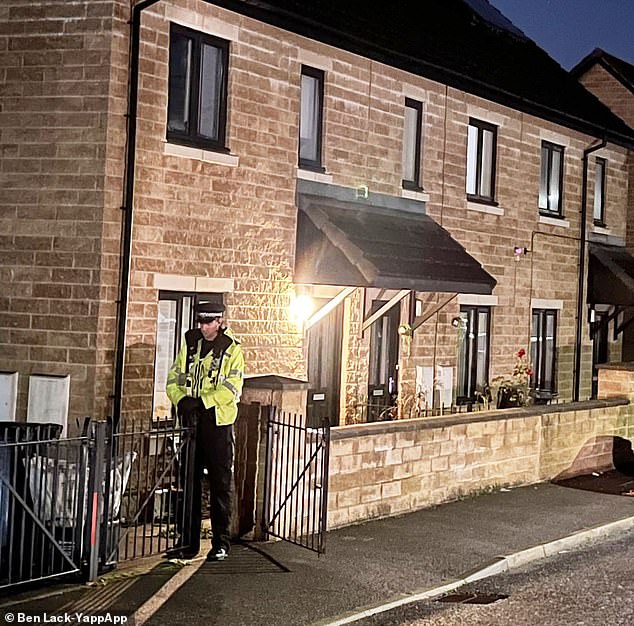 The area was sealed off for a painstaking forensic examination as investigators established what happened. Pictured: Police at the scene

She continued: ‘We were clear in our run up to Bonfire night that we would fully investigate any anti-social behaviour by those who seek to risk the safety of the wider community.

‘The test purchase operation last week, was a key step in ensuring local businesses and retailers were abiding by the law and regulations around the sale of fireworks. A full investigation has now commenced by a dedicated team of detectives to identify those involved in the disorder in the Park Ward area, so we can take appropriate action. I would ask anyone who can assist our efforts to come forward.

‘This type of behaviour is not going to be tolerated on our streets, we work alongside partners to help our communities feel safe and we need our communities to support our investigation to bring those responsible to justice.’

What Are the Common Misconceptions About Water Softening?

US widow of British tycoon who died on cruise is fighting £4m inheritance battle...

Salt Bae sparks fury after bragging about customer’s £140,584 bill at his Abu Dhabi...