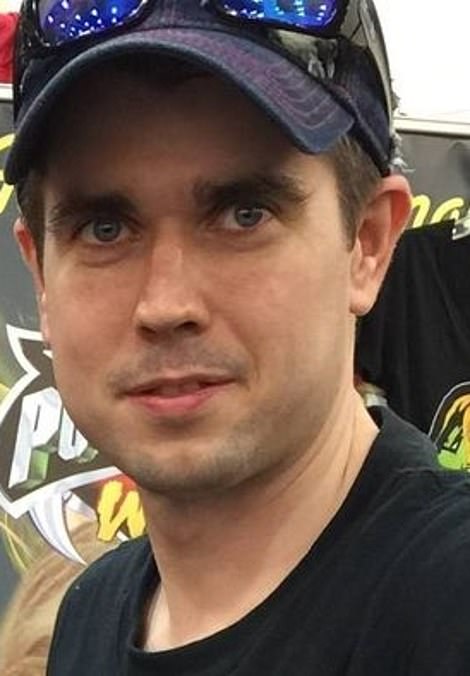 A sperm donor who offered his services via social media fathered fifteen children to lesbian women without telling them about his inheritable condition, a court today heard.

James MacDougall, 37, went ahead with private sperm donations despite knowing that he suffered from Fragile X syndrome.

The genetic condition, which is inheritable, leads to low IQ and developmental delay and cannot be cured.

Mr MacDougall’s donations were today revealed as part of a Family Court battle in which he had hoped would result in him having access to four of the children he had fathered.

Despite originally signing an agreement saying he did not want any contact with some of the children, MacDougall applied to the courts for parental responsibility orders, and child arrangements orders, allowing him to spend time with four of his children. 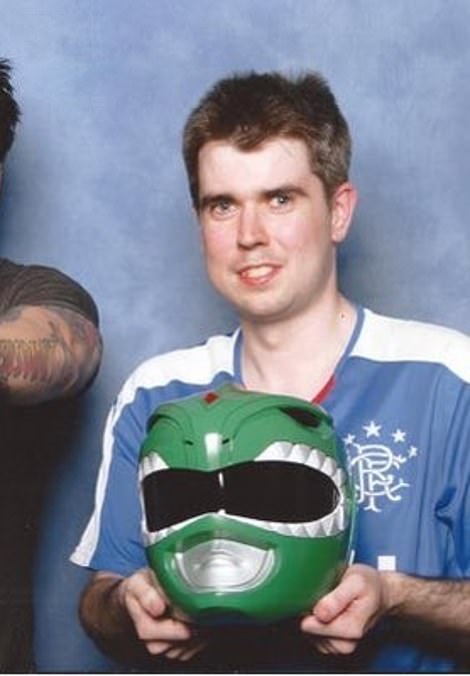 James MacDougall, 37, went ahead with private sperm donations despite knowing that he suffered from Fragile X syndrome

Three mothers opposed Mr MacDougall’s response. Now a judge, Mrs Justice Lieven, sitting at Derby, has ruled that he should not have parental responsibility for the children, because it would cause harm to them.

In a highly unusual move, the judge also said Mr MacDougall should be named to stop other women from using him as a sperm donor.

Mrs Justice Lieven said in her judgment that MacDougall’s children, born after he advertised on a social media page for lesbian women seeking sperm donors, are currently aged between three and a few months old.

The court heard Mr MacDougall chose to be a sperm donor despite knowing he could not go through a clinic because he has Fragile X syndrome.

The judge was told how one woman, a 25-year-old named only as SW, contacted MacDougall after seeing his advert.

The judge said Mr MacDougall gave her a closely spaced three-page document in highly legalistic language which was difficult to read, stating he would have no rights over the child and no right to contact the child.

The document also said, on page 3, that he had Fragile X syndrome without explaining what this meant, and SW, who has problems reading and is extremely vulnerable, said she did not read that far into the agreement, the judge said.

After the birth, SW contacted McDougall who visited his baby daughter often, and she became pregnant with a second child, living at her home during lockdown before she asked him to leave in June 2020. 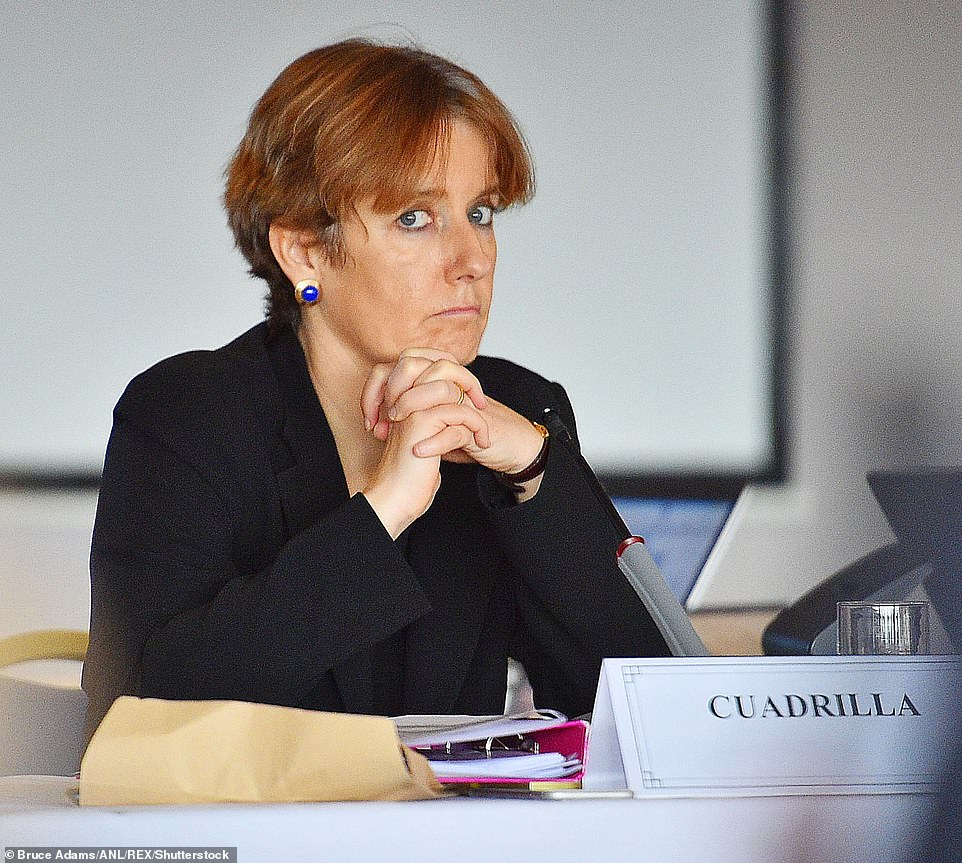 Mrs Justice Lieven (pictured) found that MacDougall was a complex person, with learning difficulties and on the autistic spectrum, with fixed views, concrete thinking and a profound lack of insight

She claimed he made sexual comments to her, rubbed his erection against her, and showered with the toddler at least twice, which she found totally inappropriate.

She has not seen him since a serious incident on June 25, 2020 when he was arrested for attacking her and leaving her with bruising on her neck and back, and he has never met P who was born in December 2020.

The three-year-old is not verbal and her behaviour is challenging.

MacDougall is also the sperm donor father of another child, named only as L, who was born in January 2021, and B, a boy who was born in July 2018 just months before he started a relationship with his mother KE.

MacDougall won a court order from a different court allowing him to have regular contact with B, although the child has returned from contact with MacDougall with non-accidental bruises, said Mrs Justice Lieven.

The judge adjourned the case until she received a report from social services. 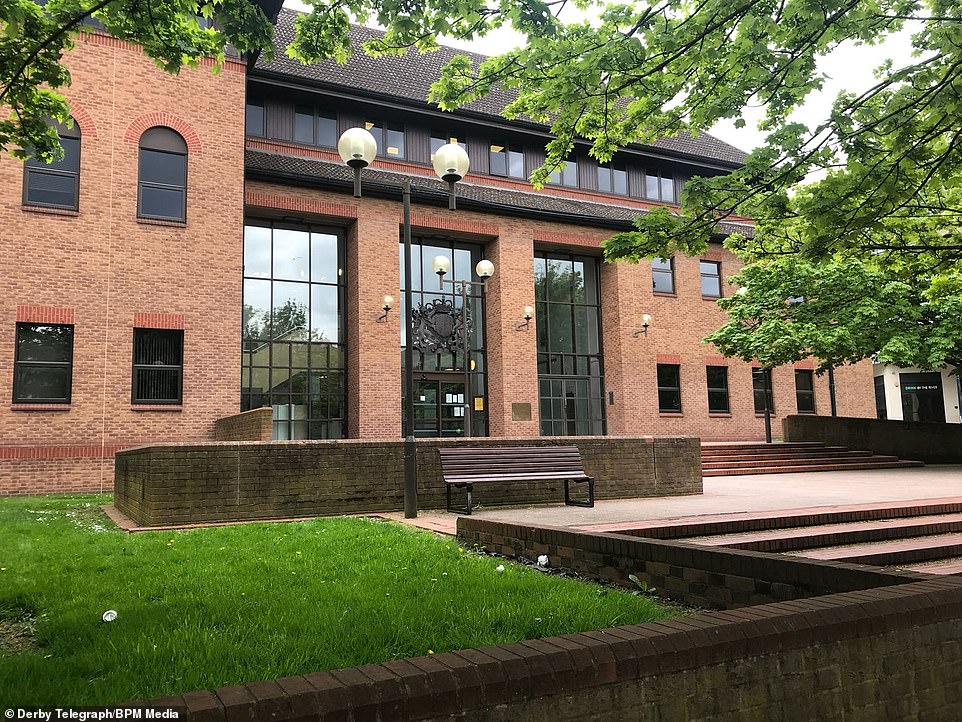 Mrs Justice Lieven, sitting at a court in Derby (pictured: Derby Combined Courts), has ruled that he should not have parental responsibility for the children, because it would cause harm to them

The judge found that MacDougall was a complex person, with learning difficulties and on the autistic spectrum, with fixed views, concrete thinking and a profound lack of insight.

He had little empathy, quickly became agitated, aggressive and lost control when not getting his way and there was copious evidence of him ringing or contacting people many times if they do not do what he wants, the judge said.

‘I do not consider that JM has any self-control over his feelings of anger and frustration,’ she said. An example was when MacDougall rang SW’s partner 77 times over Christmas 2020, which led to a prosecution for harassment. 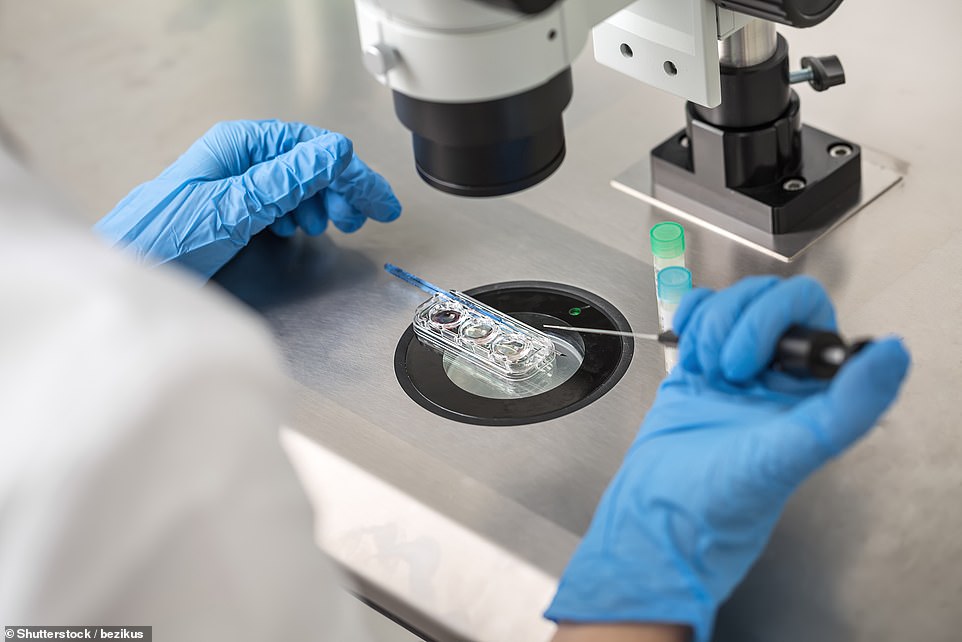 James MacDougall, 37, went ahead with private sperm donations despite knowing that he suffered from Fragile X syndrome. The genetic condition, which is inheritable, leads to low IQ and developmental delay and cannot be cured. Pictured: Library image of a technician in blue gloves doing control check of the in vitro fertilization process using a microscope

The judge branded EG and SW irresponsible for using him as a sperm donor without making proper inquiries but accepted that EG was desperate for a child.

He took advantage of their vulnerability and their strong desire to have children, with no apparent concern for the long term impact on the mothers and potentially the children, and refused him parental responsibility or contact, including even letterbox contact.

She refused his lawyer’s request for his continued anonymity, saying, ‘The usual approach of anonymity in the Family Courts should not be used as a way for parents to behave in an unacceptable manner and then hide behind the cloak of anonymity.’

As part of her judgment, Ms Justice Lieven forbade Mr MacDougall from applying to the court for the next three years, because of his complete lack of insight into his conduct, and because it would be traumatizing to the mothers.

She also said he should be named to stop other women from using him as a sperm donor, as she said she had no confidence he would not act as one in future.

What is the law on sperm donation?

Sperm donors should normally be aged between 18 and 41-years-old.

A donor does not have any legal rights and responsibilities for children born from the donation, provided they donate through a licensed UK fertility clinic.

They will have no say over their upbringing and won’t be required to pay anything towards their care.

However, if the donation is not done at clinic licensed by the HFEA, it is possible that they could be considered the legal father of any children conceived from a donation.

If a donation results in the birth of a child or children, the donor can apply for information only on the number of children born, their gender, their year of birth.

If a donor donated after April 1 2005, a child born from the donation can find out certain details about them.

If they are aged 16, details they can be told include a physical description, where you were born, ethnicity, and marital status.

If they are aged 18, they can get the donors full name, date and town of birth, and a recent address.

However, a child born by private donor may be denied the chance to find their biological father.

Mum who lives five hours away from her closest Kmart shares what life is...