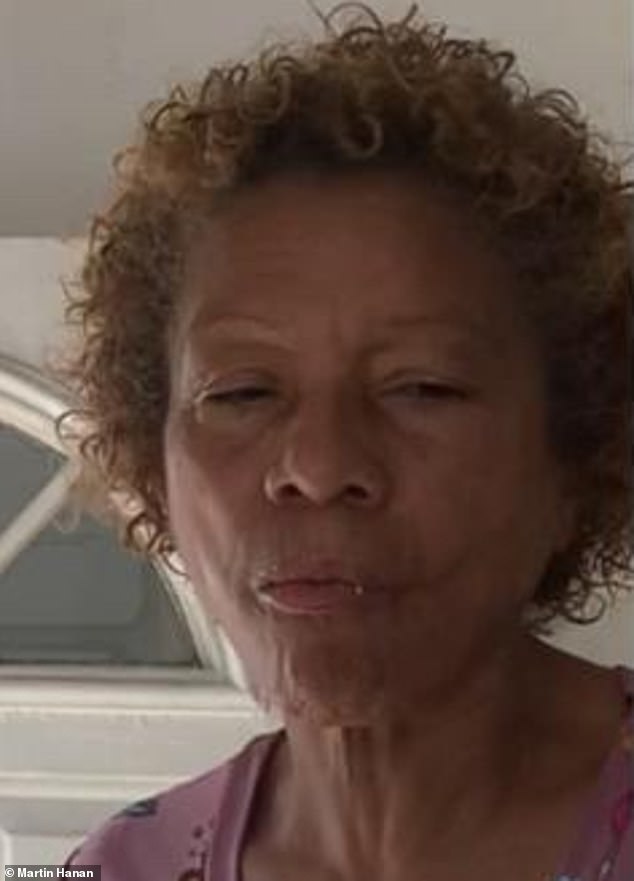 This is the 64 year-old New York City ‘tenant from hell’ who has made her neighbors’ lives a misery while running up $40,000 in rent arrears.

Annamarie Hosang, 64, has been exclusively pictured by DailyMail.com after her antisocial antics at the building in the Rockaway Beach neighborhood where she lives were revealed by the New York Daily News.

Hosang stopped paying her $1,750-a-month rent in April 2020, with landlord Mathew Hanan saying he’s at his wit’s end trying to evict her.

Meanwhile, Hosang has flooded her apartment and left the unit below uninhabitable. She’s held an indoor barbecue, trashed her kitchen and hallway, blared loud music for 20 hours a day and deliberately rung neighbors’ doorbells to frighten them it is claimed.

Hosang also stands accused of threatening her neighbors with a shovel and fire extinguisher when they tried to stand-up to her.

Landlord Mathew Hanan said his two-year struggle to evict Annamarie Hosang (pictured), 64, has been fruitless despite his detailed accounts of Hosang’s many grievances to the overwhelmed Housing Court system

The nightmare neighbor has been able to avoid eviction thanks to a COVID relief program aimed at preventing workers who’d lost their jobs from being evicted.

Hanan says the city’s liberal system has failed him badly, with Hosang’s neighbors too frightened of her to file charges against her with the NYPD, after cops showed zero interest in tackling her appalling behavior.

‘My biggest problem is with the courts. As destructive as she is, it just angers me so much that the courts would let this happen,’ he told DailyMail.com. ‘In my predicament, they allow this to continue.’

On one occasion, Honan allegedly chased a female tenant with a shovel during an argument.

‘It got to the point where she was following me to my job site, where I was working,’ the threatened tenant’s husband told the Daily News.

‘I run out of things to say, she’s done so much since she’s been there. She’s caused so many fights in the building.’ 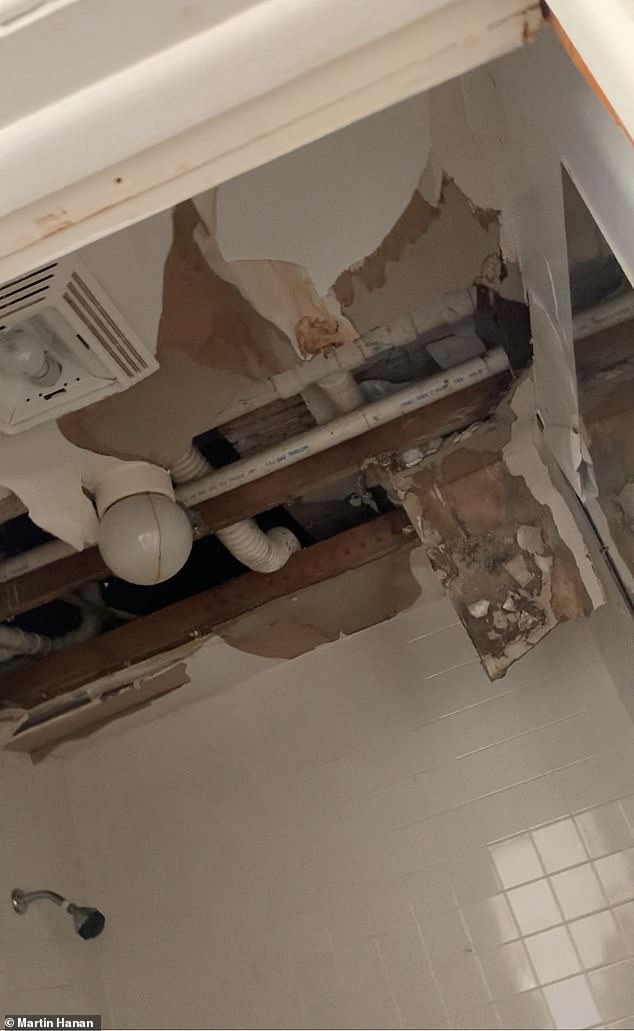 Hosang allegedly threw a fire extinguisher at the building’s super, held barbecues indoors that filled the hallways with smoke, and played loud music for 20 hours a day.

She has also hoarded junk in the hallway of her third-floor apartment, rang her neighbor’s doorbells and threatened a fellow tenant with a pipe.

‘I believe everybody should have a roof over their head,’ a tenant told Daily News. ‘But damn. The moment you say something to her, she gets really nasty.’

Hanan said he has been left unable to rent the unit below Hosang’s due to water damage caused after she left her bathtub and sink running until the building looked like the ‘Niagara Falls.’

Pictures provided by Hanan show the massive damage in the unit below, with the entire building now reeking of mildew as a result of Hosang’s chaotic behavior.

‘I can’t rent out, people are begging me to rent the apartment below, but until the court get this rid of this lady, I can’t,’ Hanan said.

‘They said ”I could still manage,’ but I tell them ”You are going to have water over it.”’

Hanan said that several tenants have moved out because of Hosang’s behavior.

A video provided to DailyMail.com shows a woman believed to be Hosang climbing a fire escape in order to gain access to Hanan’s apartment, he claimed. 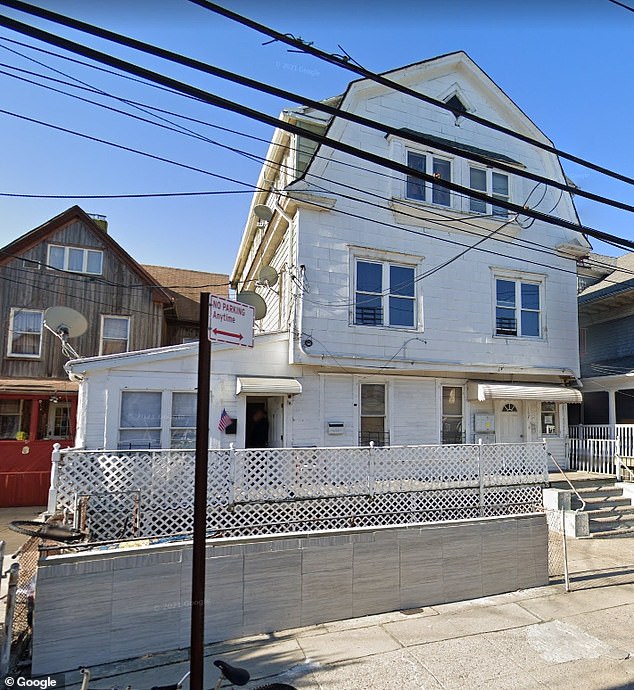 Hosang first moved into the house on 167 Beach 113th Street in the Rockaways in February 2020, with a man believed to be her boyfriend, Hanan said. The man initially had said she would only stay in the apartment for a couple of weeks but ended up moving out and leaving Hosang in the unit 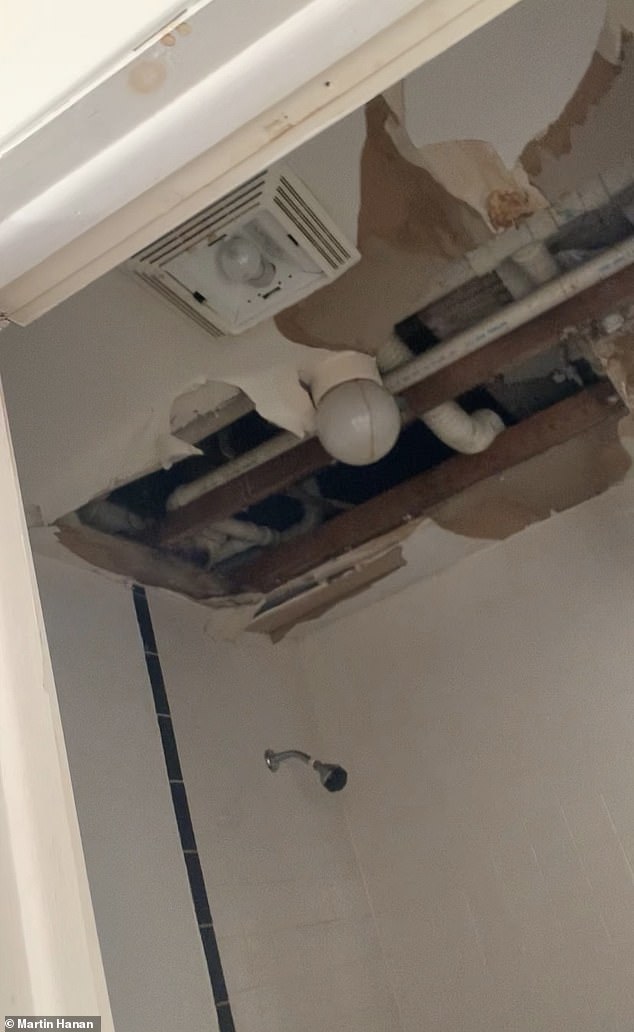 Hosang first moved into the house on 167 Beach 113th Street in the Rockaways in February 2020, with a man believed to be her boyfriend, Hanan said.

The man initially had said she would only stay in the apartment for a couple of weeks but ended up moving out and leaving Hosang in the unit.

Shortly after, in April 2020, Hosang stopped paying rent. Hanan said he immediately sought help from the court system inundated with complaints after the pandemic, but has yet to receive answers.

The landlord said the police, fire department and the courts have failed to help him navigate the very complicated process of evicting Hosang.

According to the Tenant Safe Harbor Act,  tenants are protected from eviction for failing to pay their rent if they claimed financial hardship from March 2020 through January 2022.

Hanan said that Hosang applied to another COVID relief rent program in February.