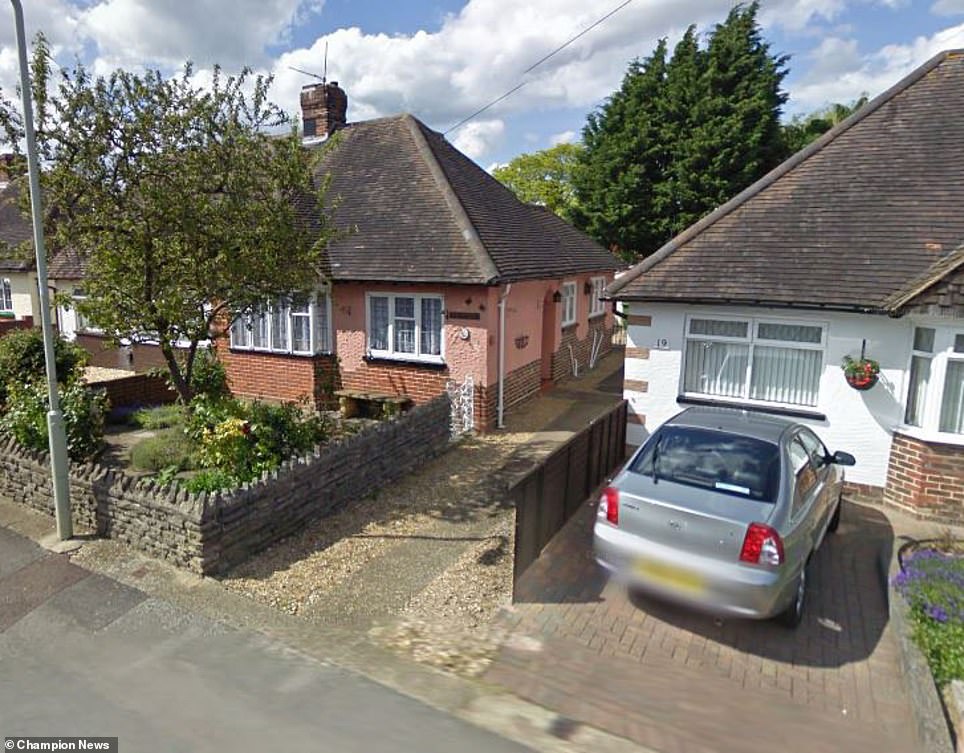 A pensioner faces a £30,000 court bill after blocking a driveway with pot plants during a 10-year feud with her next-door neighbour.

Retired taxi driver Yvonne Rogers was sued by grandmother Janice Wright after plonking the foliage on her side of the shared path in Portchester, Hampshire.

The properties on Allenby Grove are both accessed by a single driveway, with both owning half of its width but claiming a right of way along it all.

Infuriated Mrs Wright complained that the pots and overgrown greenery made it hard for her even to push her grandchild’s buggy to her house.

Now the 10-year war appears to have ended in defeat for Ms Rogers, 72, who faces a £30,000 bill in legal costs as well as a suspended jail term after ignoring a court order to remove the pot plants.

The Court of Appeal heard how Mrs Wright complained that her neighbour had begun obstructing the drive from around 2012 by leaving plant pots on her side. She also placed her wheelie bins and garden ornaments along it and allowed trees and plants to grow from her side and overhang the driveway. 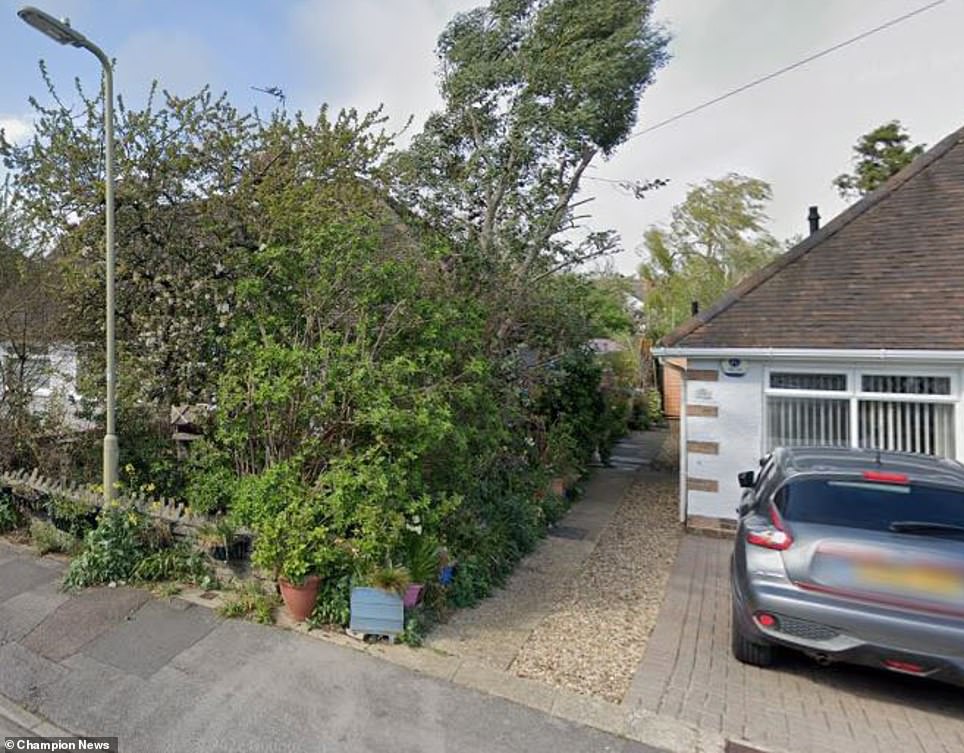 But Ms Rogers failed to do so and she was hauled back to court again in June this year when she was found in contempt of court by Judge Michael Berkley. 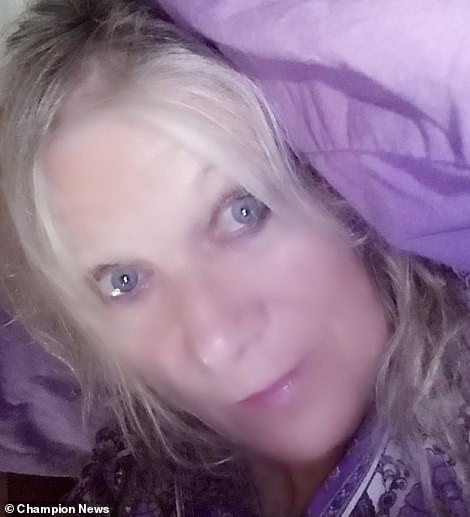 Yvonne Rogers, who now faces a £30,000 court bill after ignoring a court order telling her to move the pot plants off the shared driveway

In his ruling, he said Ms Rogers had denied encroaching on the right of way and claimed her neighbour was trying to force her out of her home so she could buy it at a bargain price.

‘I accept that it is distressing for Mrs Wright to have to live next door to Ms Rogers in these circumstances,’ he said.

‘Mrs Wright explained to me, not only is this an encroachment of her right of way, there are also actual practical difficulties that are caused.

‘First, moving her wheelie bins to the front for refuse collections, and secondly getting her granddaughter’s pushchair up and down the drive is made difficult because the concrete part of the driveway cannot be used by virtue of the encroachment.

‘So this is not just a question of the court order being disobeyed, it is actually a matter of personal inconvenience to Ms Wright and her family.’

He added: ‘I take into account the fact that Mrs Wright has clearly had this right of way being interfered with for quite some time. By the extent of the foliage that has been allowed to grow up, one might say that Mrs Wright has indeed been very indulgent to Ms Rogers over the years.’

Her response to the court proceedings had been to not turn up and instead send a string of emails, seeking to ‘threaten, demean and accuse’ those involved, including Mrs Wright, he said.

‘The conduct which the defendant has chosen to engage with this matter has been conduct which has brought severe distress, worry, fear, and expense to Mrs Wright,’ he said. 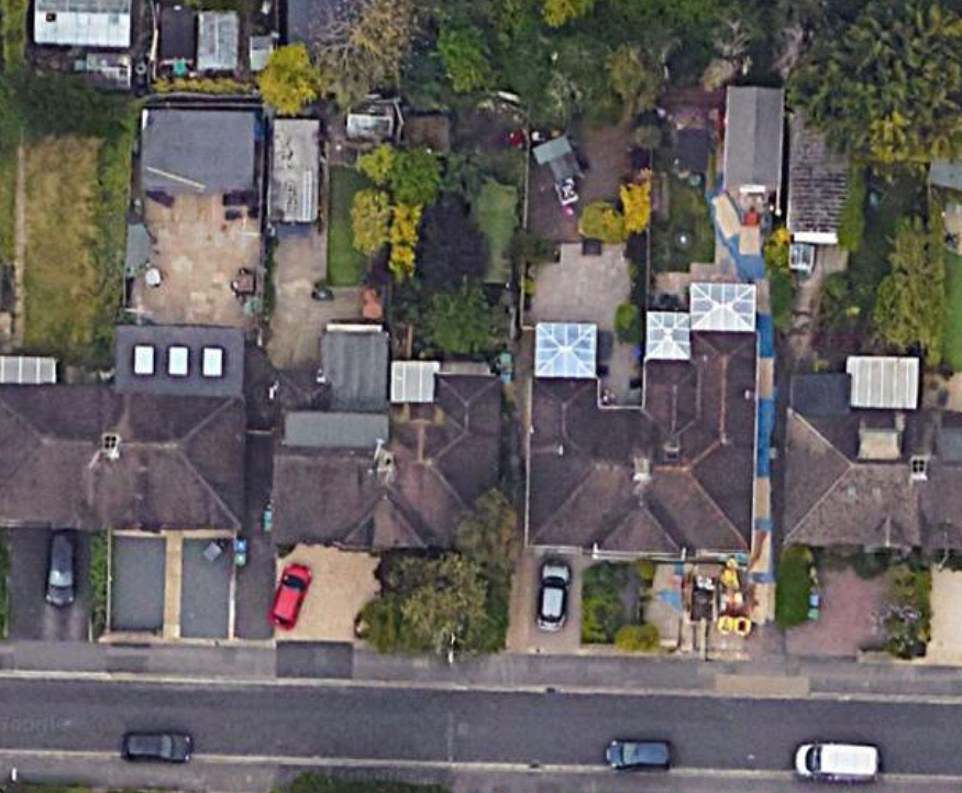 The two houses – and the pot plants – on Allenby Grove, as seen on Google Maps

In September, he sentenced her to six months’ imprisonment for ignoring the injunction.

But appealing to have the sentence overturned last week, Ms Rogers’ barrister John King said she had removed the pots after the hearing in June and would now cut back the bushes.

She also suffers ‘severe underlying’ health issues and now plans to leave the street in order to put the dispute behind her, he said.

‘This is a long-running and acrimonious dispute between neighbours which has been allowed to spin out of control, both in the courtroom and outside it, with the sad but inevitable consequences for Ms Rogers’ mental health which has added to and further exacerbated her already fragile physical health,’ he told the court.

‘She has taken active steps towards selling her property and moving away from the neighbourhood. She believes that the sale could be completed within a year.’

Lord Justice Stuart-Smith said the court would give a full ruling on the sentence appeal at a later date, but would be suspending Ms Rogers’ sentence so she does not go to jail.

JAN MOIR is gripped and appalled in equal measure by the Depp v Heard...