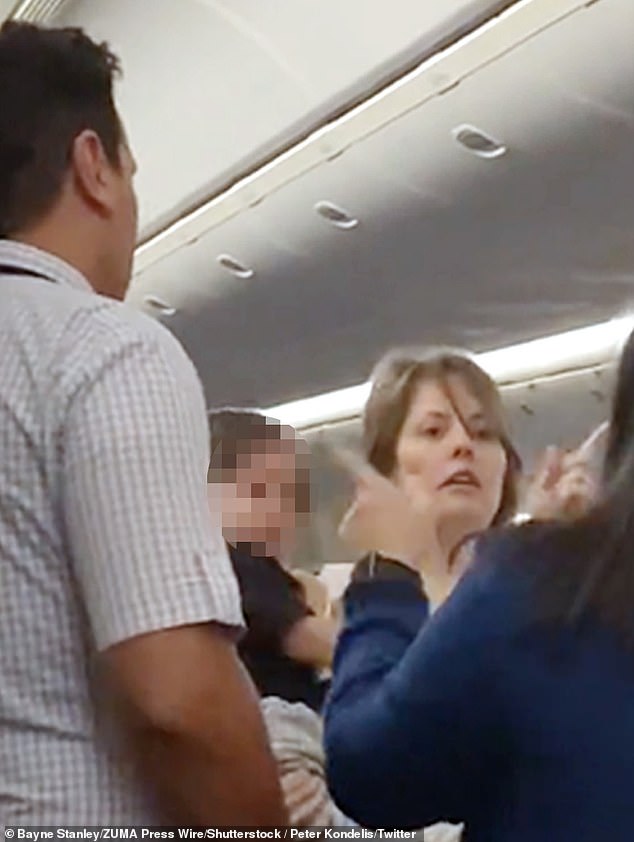 A passenger on a United Airways flight became irate after yelling that her toddler needed to throw up, leading to a physical altercation with flight attendants.

The incident on a flight from San Francisco to Chicago Sunday morning began after the woman stood up while the plane was beginning to land. She screamed that her toddler needed to throw up and was then told by flight attendants to sit down.

The woman then shoved a flight attendant, sending her to a Chicago hospital. Another woman and a 3-year-old were also taken to hospitals for observation.

The passenger, who was being addressed as Sarah, was removed by Chicago police after the plane landed at Chicago’s O’Hare airport.

Police had been alerted to reports of a ‘disturbance’ on United Flight 476.

The plane had departed San Francisco heading to Chicago when the bizarre inflight incident occurred that was all captured on video by another passenger.

In the video, several flight attendants are seen in the crowded aisle confronting a screaming woman who was holding a small child and she yells out:  ‘Where is it?’ Fox News reported.

The woman whose child appears to be crying is pointing her finger toward the face of one of the female flight attendants, as other passengers remain seated and calm.

It is unclear what triggered the female passenger before the meltdown occurred.

The chaotic scene unfolding during on United Flight 476 after a passenger became irate. She was later removed by Chicago police who took her when the plane arrived at the gate 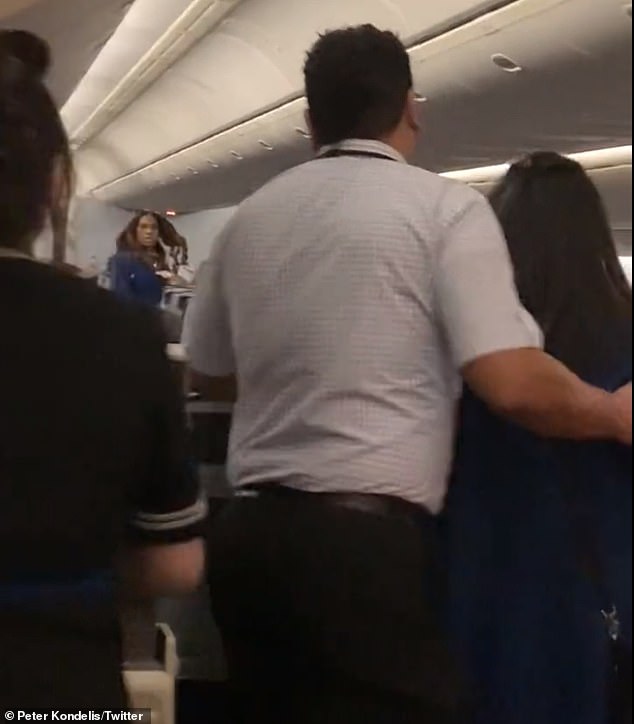 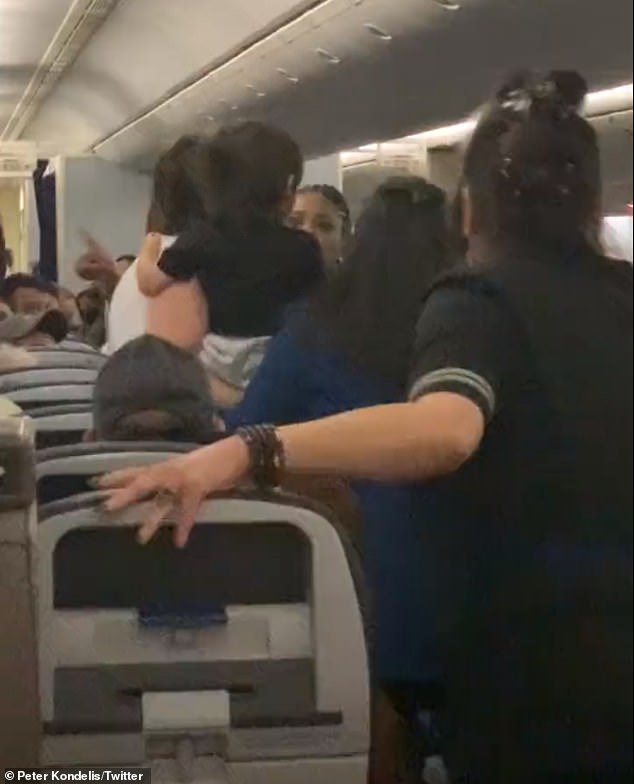 A scene of the  crowded aisles as other passengers tried to remain calm. The plane was headed to Chicago’s O’Hare airport from San Francisco

Chicago police said three individuals on the plane were taken to a local hospital –  Resurrection Hospital – for observation, according to a statement.

It is unclear the type of injuries the three individuals sustained, but United Airlines stated that there were no serious injuries.

The incident is currently being investigated by the Chicago Police Department and the FBI. 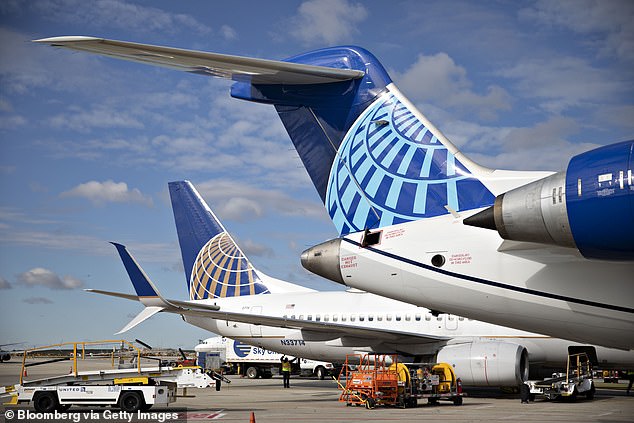 On Sunday, United Airlines issued a statement saying that ‘a disruptive customer on a flight from San Francisco to Chicago was removed by law enforcement upon landing on Sunday

On Sunday, United Airlines issued a statement saying that ‘a disruptive customer on a flight from San Francisco to Chicago was removed by law enforcement upon landing on Sunday.’

The statement continued: ‘One member of the flight attendant crew was taken to a hospital for evaluation.’

After the terrifying incident took place the airline expressed their gratitude to their crew.

‘We’re grateful to our crew for handling this difficult situation with professionalism and for putting the safety of our team and our customers first,’ the statement said.

The incident, which follows numerous confrontations on planes between passengers and flight attendants, has prompted union leaders to press for federal action to increase punishments for offenders.

Corliss King, vice president of the Transport Union Workers Local 556, which represents more than 15,000 flight attendants across the country, said incidents are at an all-time high and has called on Congress to pass the Abusive Passengers Act.

‘That small number of people that are insistent on behaving unruly, on behaving dangerously, represent a threat not just to flight crews but to our flying passengers as well,’ she told NBC Chicago.

‘We are looking for the public, federal legislators and we’re looking for our carriers to band together to protect us. We are the most vulnerable.’

Mickey Gilley, the country music hitmaker and an inspiration behind Urban Cowboy, is dead...

Youngkin makes Pelosi jab hours after her husband is attacked