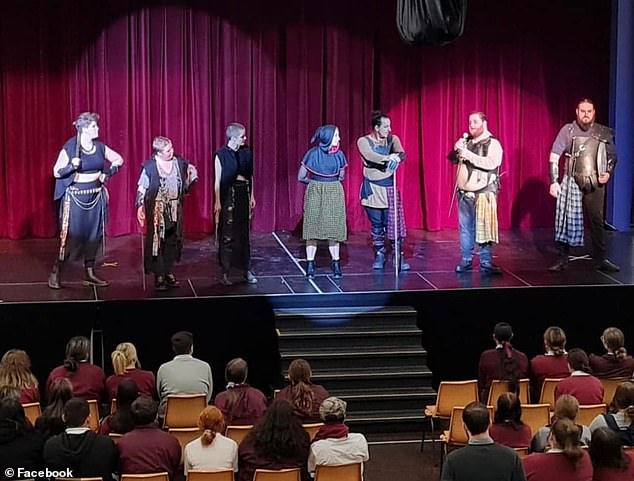 An all-female production of Romeo and Juliet left some parents outraged after the two actors playing the leads shared a ‘passionate’ kiss in front of students.

MP Mark Latham, who raised the issue in NSW Parliament, claims students in years 8 to 10 were shocked by the play, which was advertised as having an all-female cast.

‘There’s passionate kissing scene going on stage,’ Mr Latham said. ‘Some of the boys yelled out, others were distressed, some of the girls were upset.

‘The parents are very upset with the note that went out where there was no mention of this. The kids came home saying there were two women kissing.’ 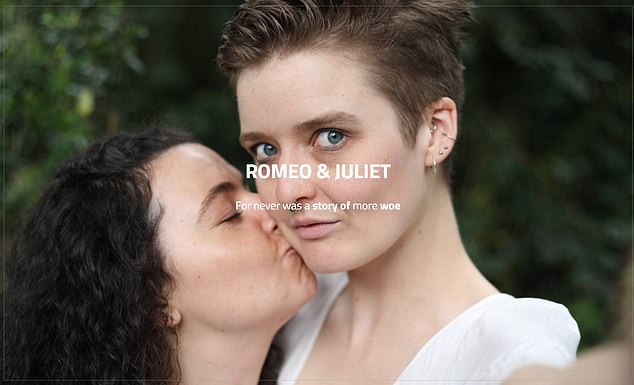 Mr Latham then claimed there were religious families of various beliefs who didn’t believe in same-sex relationships and said the school never sought permission to display the performance.

‘It’s inappropriate, this shouldn’t happen in front of 13 and 14-year-olds unless you have parental permission. Some of these kids haven’t even hit adolescence,’ he said.

‘There are Christian, Hindu, Muslim and socially conservative parents in the Campbelltown community who have a different view and were not given the option to opt-out.’

Education Minister Sarah Mitchell rubbished his claims, saying parents had given children full permission to attend and that the messaging was ‘consistent with the Department of Education’s Controversial Issues in Schools policy’.

‘The exchange of affection by actors during the play was considered appropriate to the script,’ Ms Mitchell said.

The Education Minister says no parents have complained to the school. 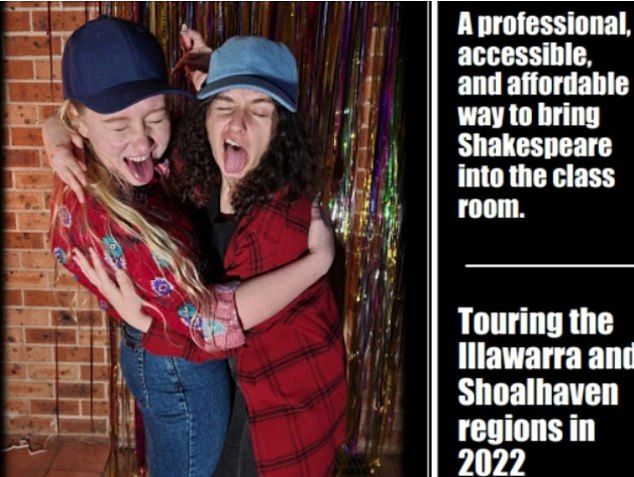 Dire Theatre Company attends schools around the state, running a ‘Shakespeare in Schools’ workshop to modernise the stories.

The company’s artistic director Adam O’Brien told the Telegraph they’d never received complaints about the interpretation of the play before.

‘I would think it would be fairly understood that Romeo and Juliet would have scenes of affection onstage.

‘It would be naïve to expect the world’s greatest love story would omit any of the love.’

Campbelltown Performing Arts High has been contacted for comment.

A spokesperson for NSW Education told Daily Mail Australia there were no links to gender, sexuality or gender fluidity in the play, and the interactions from the cast were all in line with the play’s well known story.

‘A performance of Romeo and Juliet by an external theatre company was held at Campbelltown Performing Arts High School as part of routine curriculum content exploring Shakespeare for students in Years 8,9 and 10,’ the spokesperson said.

‘Attendance was optional, and in line with the Department of Education’s Controversial Issues in Schools policy, parents not wishing their child to attend were able to opt-out. Teachers were present at the performance to provide supervision.’

Who is new Doctor Who star Yasmin Finney?

Biden insists he does NOT want to ‘take away’ guns or ‘vilify’ owners as...

Land Rover Discovery driver pinches her OWN car back from thieves

Elon Musk praises Netflix for telling workers to quit if they don’t agree with...

Moment woman and man are saved by sheriff’s deputies after being stranded in the...