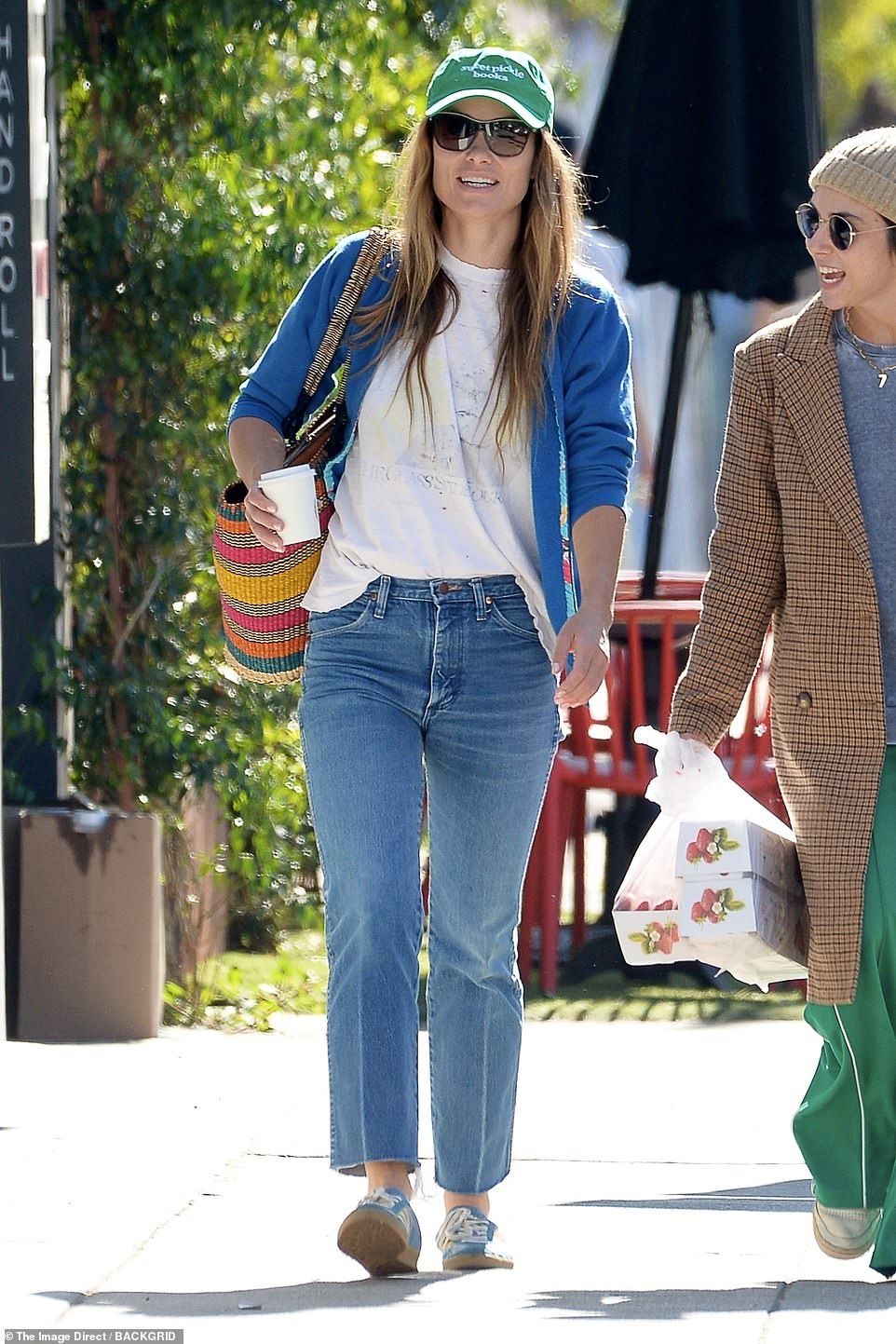 Olivia Wilde has been spotted grimacing and looking glum in her first public outing since it was reported she’d split from boyfriend Harry Styles.

The Don’t Worry Darling actress, 38, was snapped at a flea market Los Angeles Saturday, with the pain of the alleged split from Styles, 28, etched on her face as she perused rails of clothes and met with friends.

A male and female acquaintance were photographed hugging a downcast-looking Wilde, who now faces single life once more.  After distracting herself with retail therapy, Wilde went on to collect her two children from a music class.

She and Styles are said to have grown apart in the months leading up to their split. They were rocked by a slew of humiliating revelations from Wilde’s former nanny shared exclusively with DailyMail.com

The nanny set the internet ablaze after revealing Wilde’s ex Jason Sudeikis – the father of her two children – lay down in front of her car on realizing she was off to see Styles with a batch of her now-famous salad dressing.

New York-born Wilde and Styles – a singer from Cheshire in England who shot to fame with boyband One Direction – faced further scrutiny after starring together in critically-panned drama Don’t Worry Darling.

The movie, which was also a commercial flop, ignited a firestorm of global drama after it was claimed co-star Florence Pugh had fallen-out with Wilde.

In a further delicious twist, Wilde’s former nanny claimed Styles and Pugh had enjoyed a fling before he’d taken up with Wilde – with that embarrassing claim rumored to have derailed their two year relationship.

Earlier today, the Mail on Sunday reported that revelation may ultimately have doomed the A-List power couple’s glitzy romance. 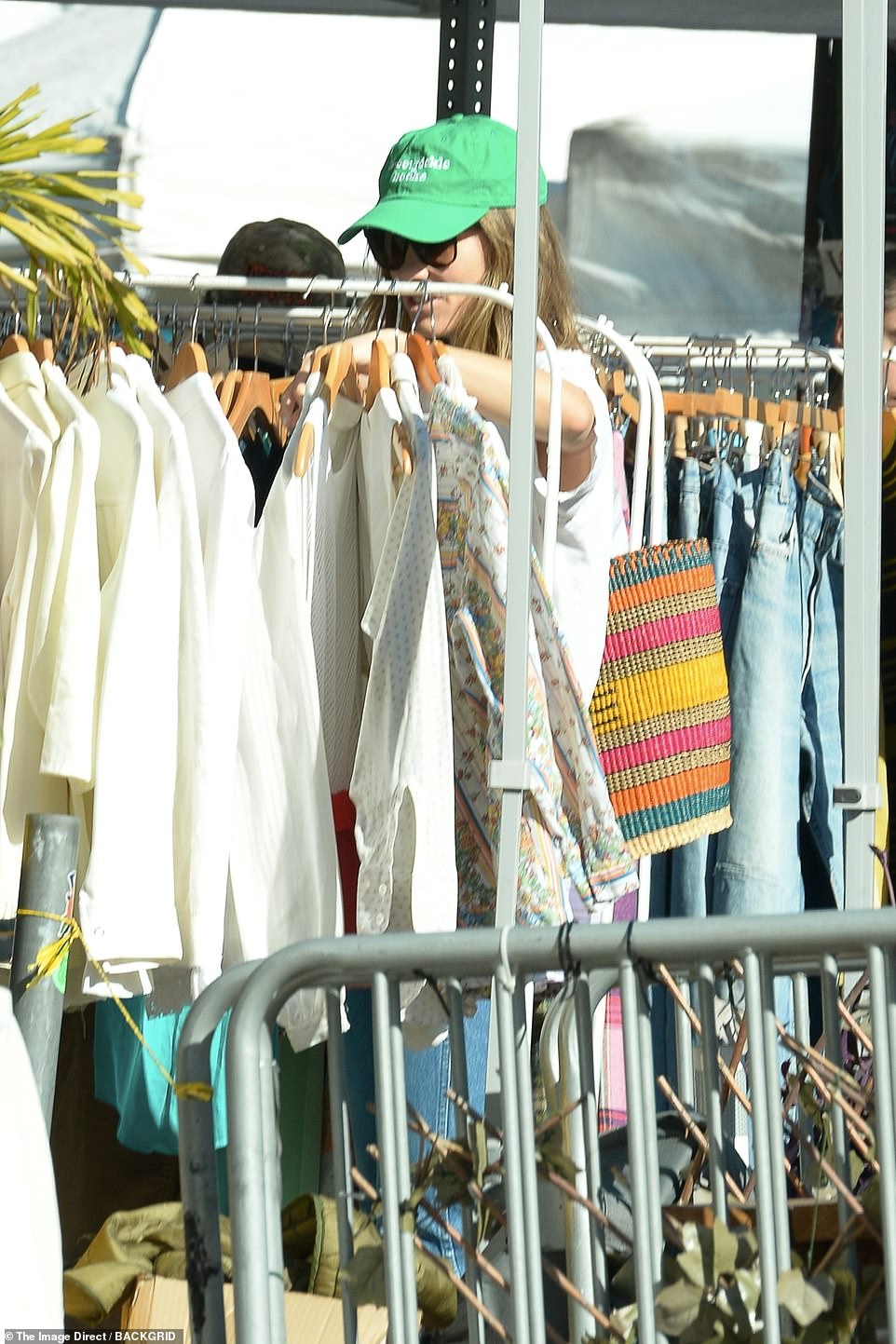 Wilde perused rails of clothes, but her attempts to raise a smile were half-hearted. She and Styles are said to have grown apart, with their relationship rocked by a slew of embarrassing claims 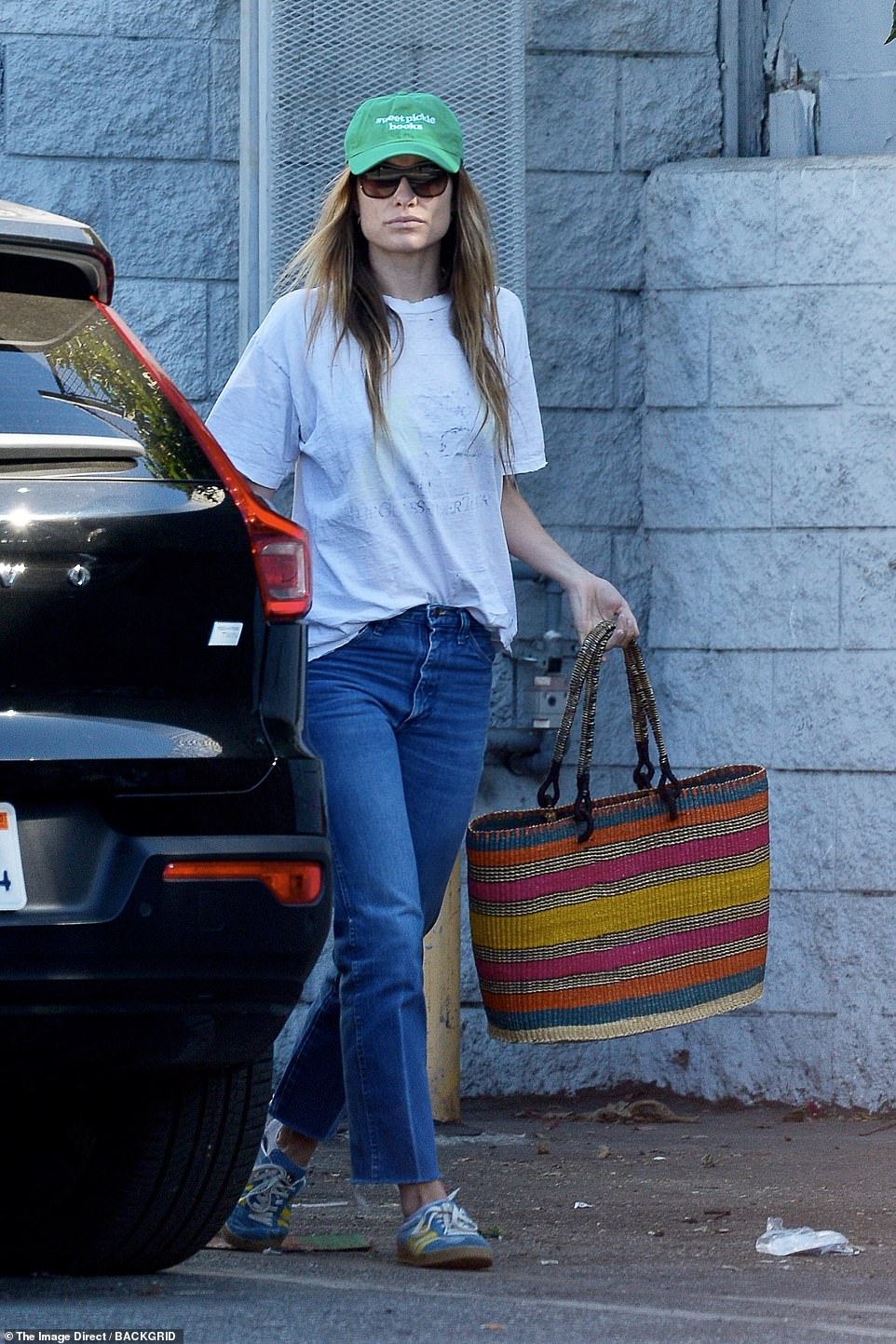 Wilde, who donned a cool-but-casual t-shirt, cropped jeans and Adidas sneakers, appeared deep in thought during Saturday’s outing in California 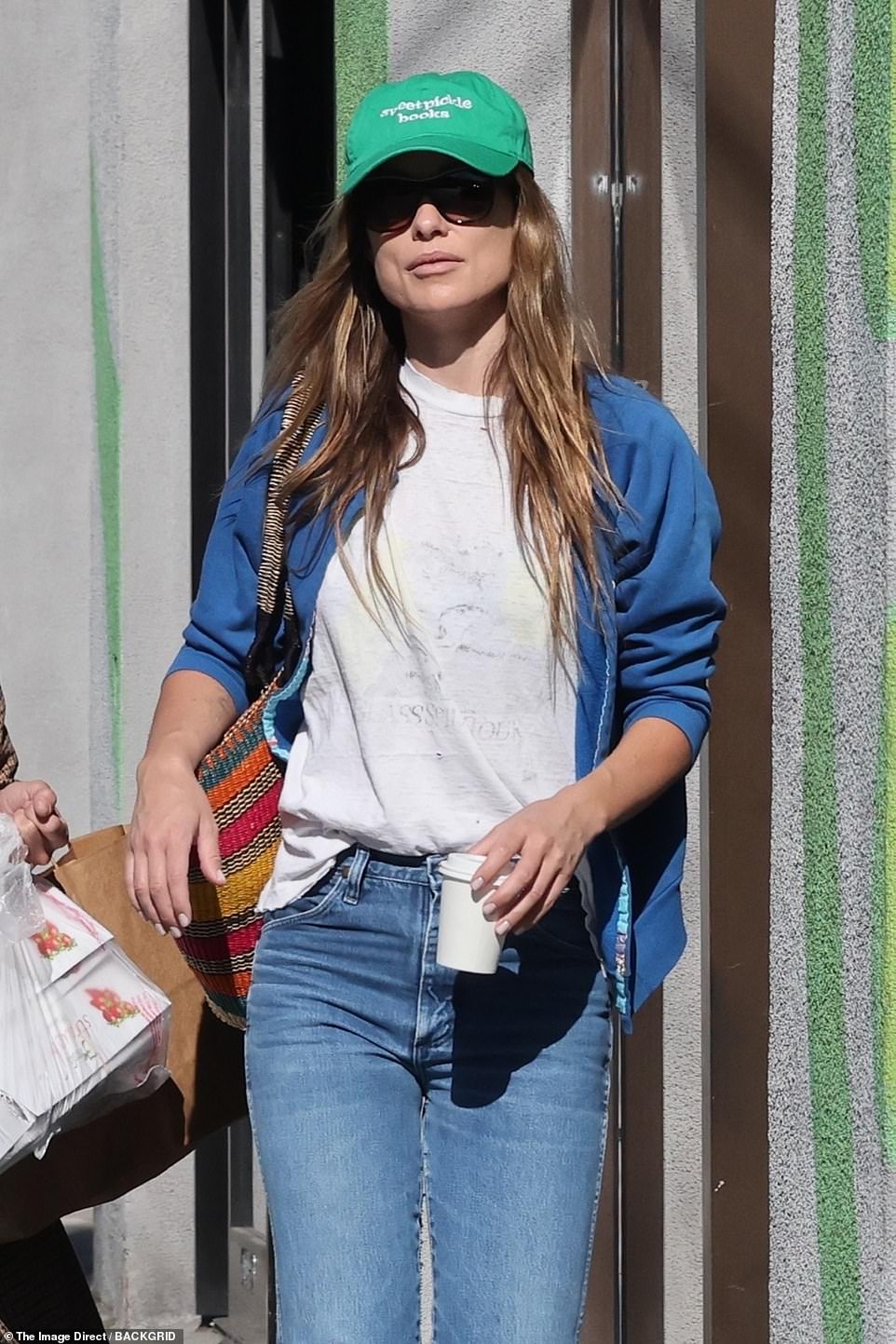 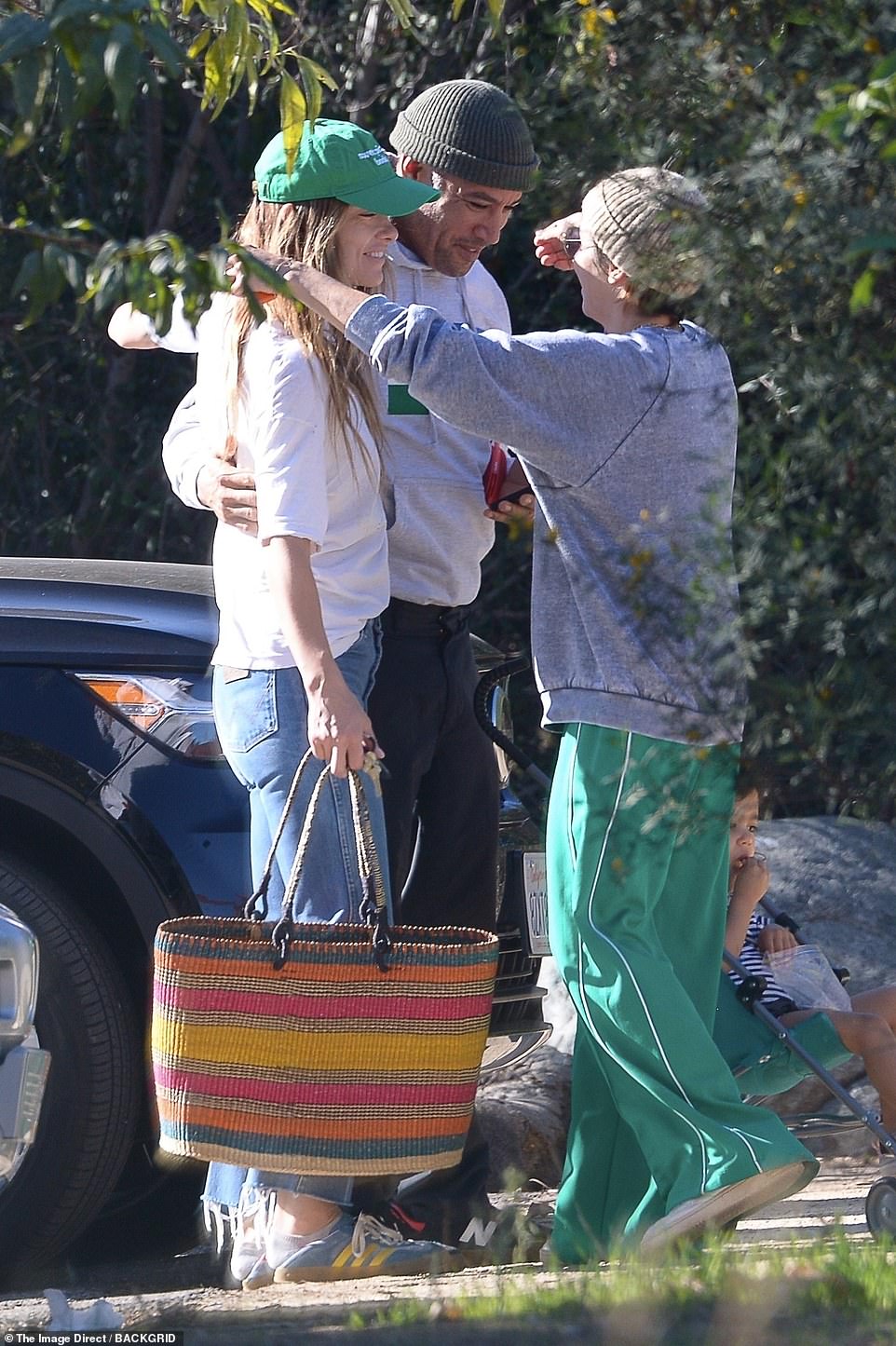 During Don’t Worry Darling’s premiere at the Venice Film Festival in September, Pugh dramatically strutted out at the end of a screening.

That appeared to confirm the bad blood between the British actress and Wilde, who were seated at opposite ends of the row they were on.

Despite a taste for famous girlfriends, Styles has long proclaimed that he is shy, with the white-hot attention focused on him and Wilde likely to have holed their romance below the waterline.

A source close to the pair attempted to put a positive spin on the implosion of their romance after sharing details of the split with People magazine.

That friend said: ‘They’re still very close friends. Right now, they have different priorities that are keeping them apart.’

Wilde is said to have been unable to accompany him because she needs to stay in Los Angeles with her eight-year-old son Otis and daughter Daisy, six, from her nine-year relationship with US film star Jason Sudeikis.

She and Styles were also said to be struggling to agree which side of the Atlantic they would make their home. 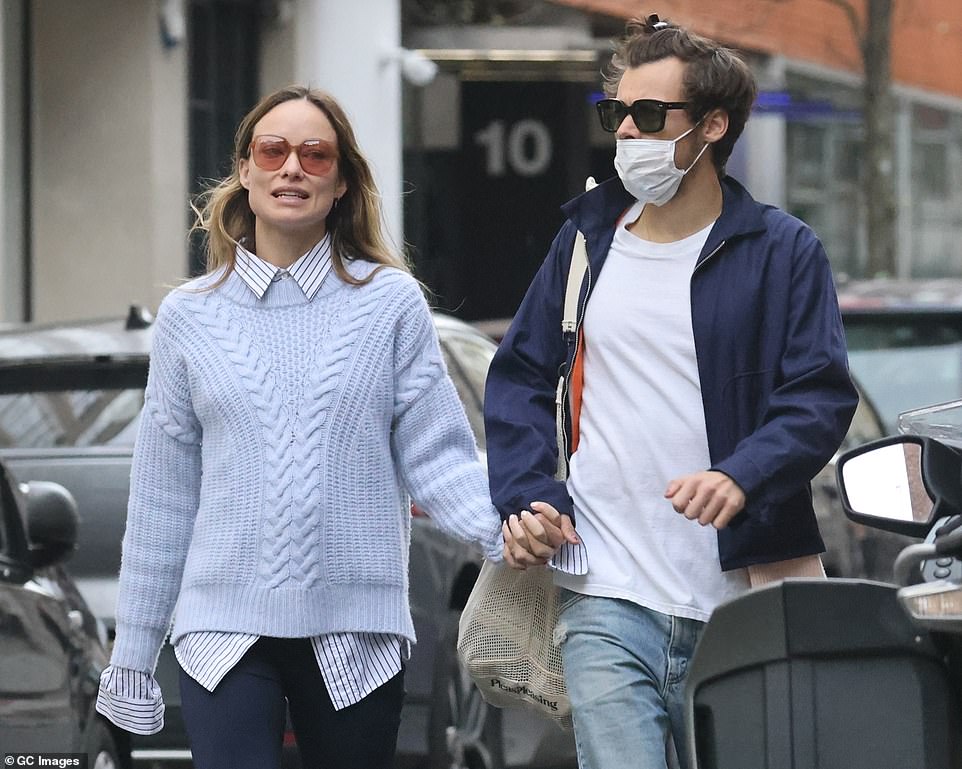 News of Styles and Wilde’s split came as a surprise to the couple’s friends who, despite the ten-year age gap between the pair, expected they would remain together for the foreseeable future (pictured together in March) 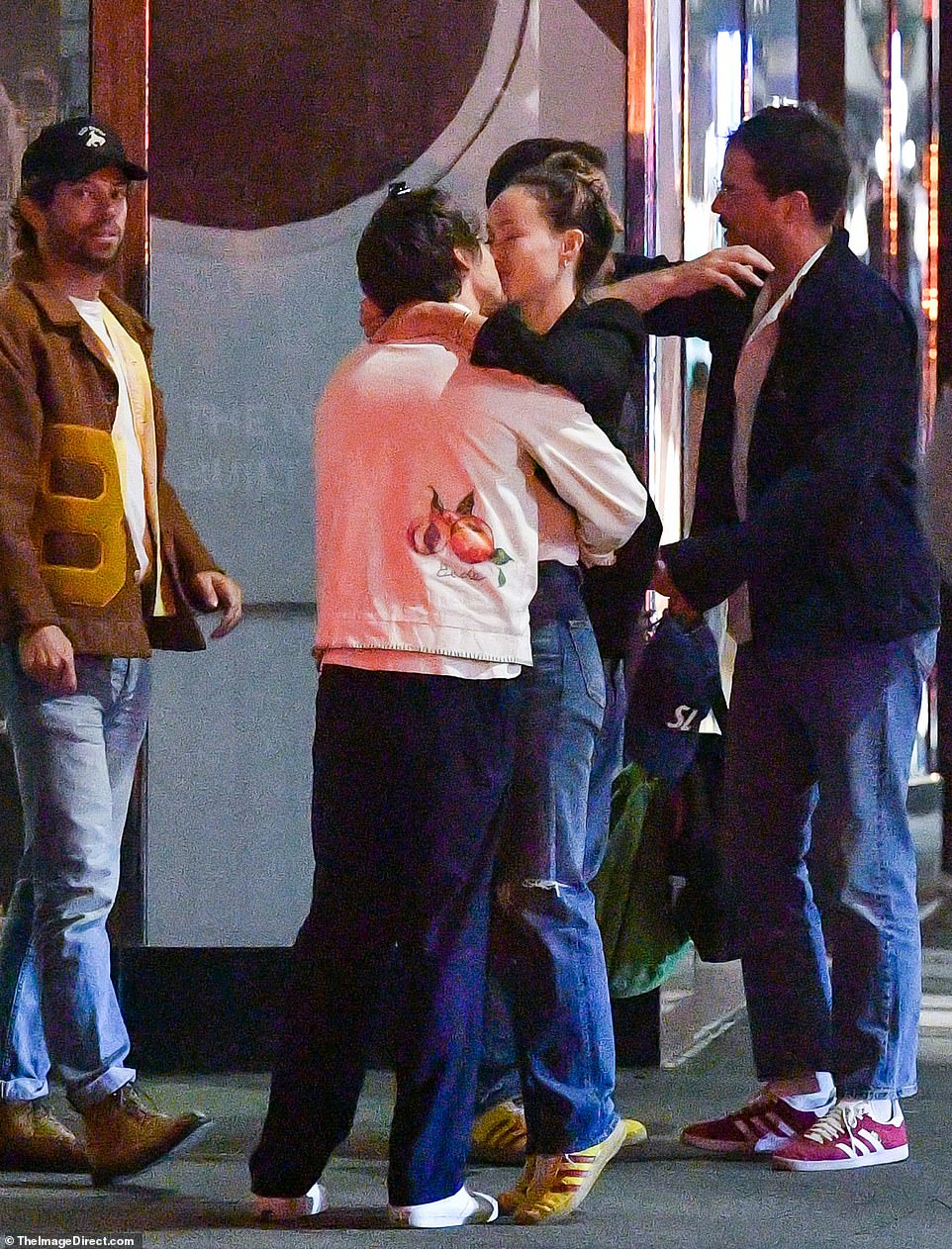 Wilde fell for the singer, who is ten years her junior, when they first started shooting her film Don’t Worry Darling in October 2020. The two are seen packing on the PDA in New York City on September 22 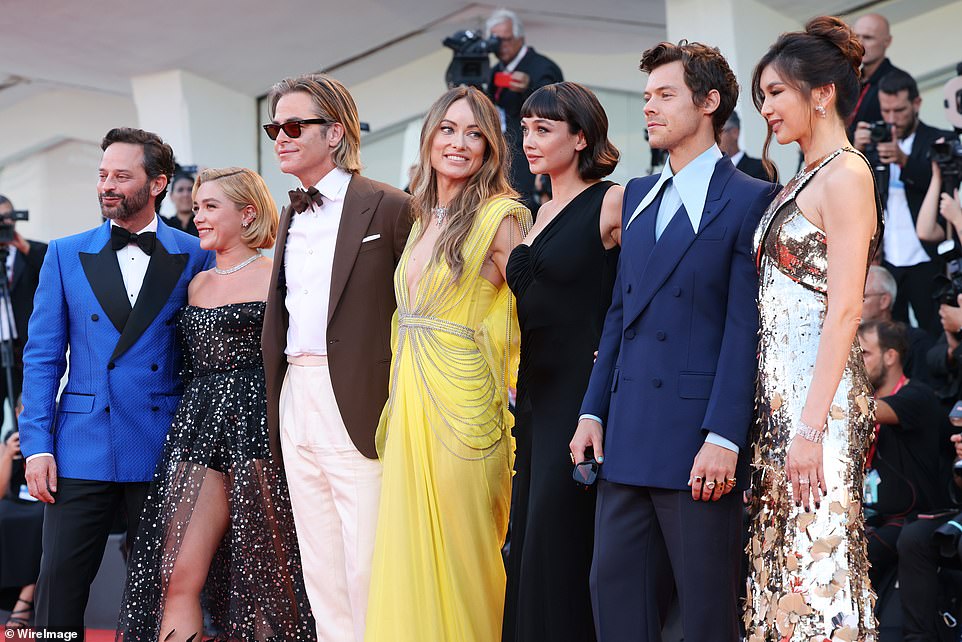 In an awkward group shot as the cast arrived at the premiere at the Sala Grande, Pugh chose to stand away from the happy couple

When the two stars’ 10-year-gap relationship began in 2020 during the production of Don’t Worry Darling, Wilde was still living with Sudeikis. She later insisted that her relationship with the American star was over long before she got together with Styles.

The 38-year-old had left a heartbroken Sudeikis drunkenly ranting ‘she left us’ to the children’s nanny after abruptly dumping him for the British pop star on November 8 of last year – but then kept returning to the house and telling him she loved him in the weeks after the split, an insider revealed.

The cozy messages and visits continued up until December 29, when Sudeikis and the nanny flew to London. Wilde then went public with her new boyfriend Styles five days later.

The nanny says she was floored by their debut as a couple, even though she had known about their romance and how broken-hearted Sudeikis was that Wilde was with someone else.

The nanny told DailyMail.com: ‘When I saw Olivia holding hands as a couple with Harry in the news [in January 2021], I was shocked as just a month before, when we were in LA, she was sending Jason messages saying she loved him. 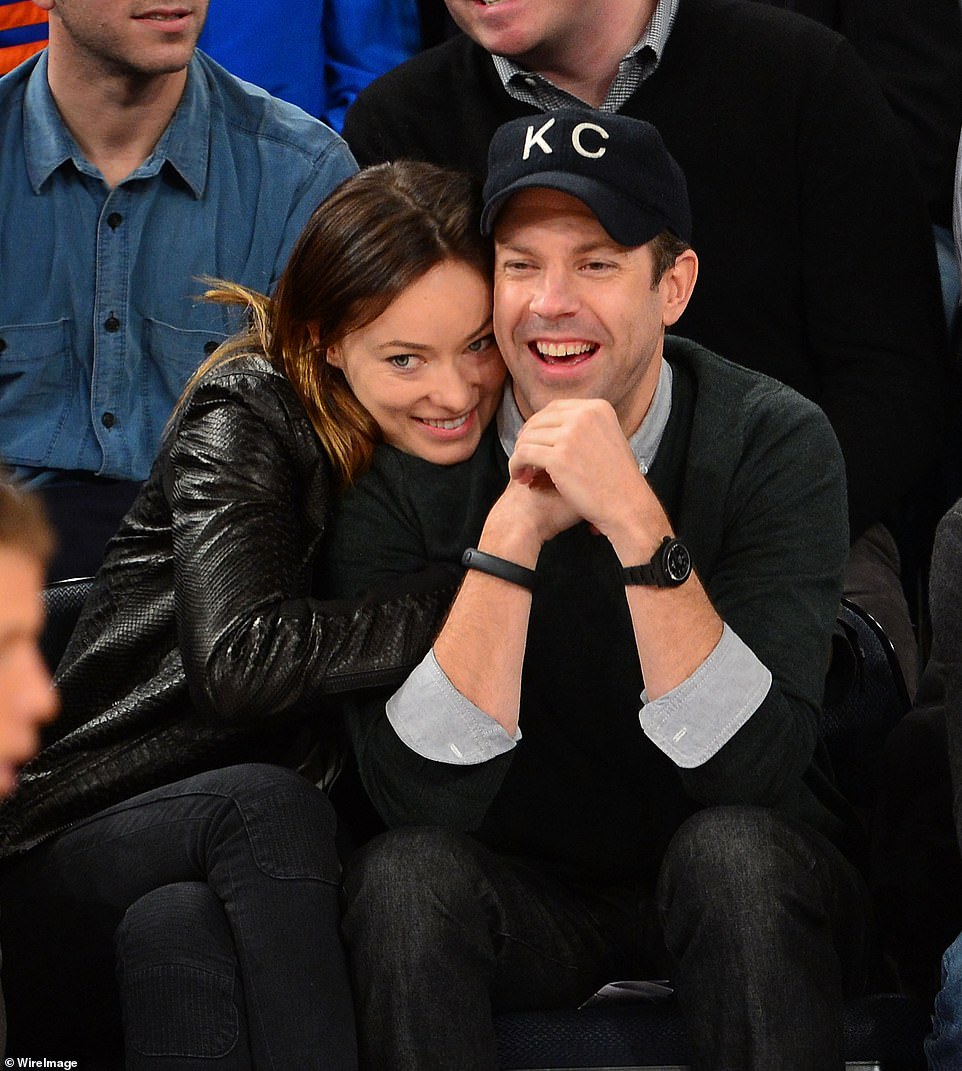 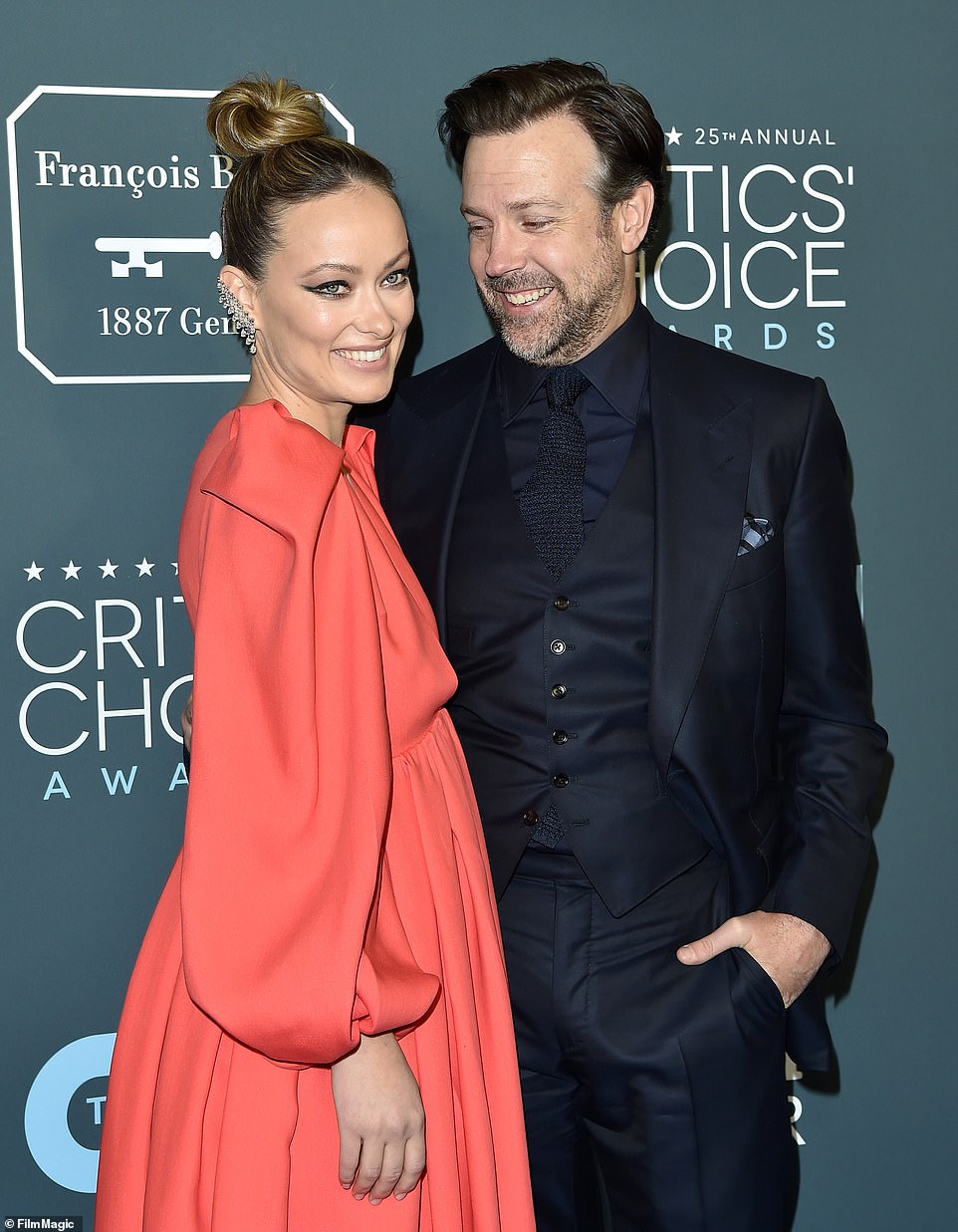 Wilde, 38, has always insisted that she and Sudeikis parted ways in early 2020 and her affair with former boybander Styles started months later

Biden and First Lady Jill board Air Force One for Uvalde, Texas visit to...

Tristan Thompson takes on double daddy duties as he carries daughter True and her...